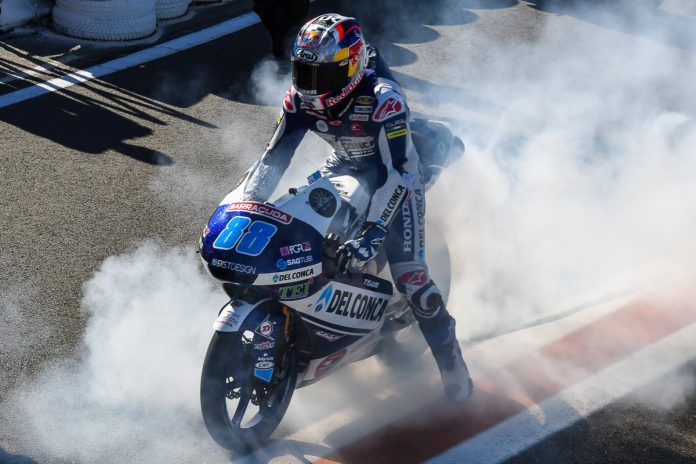 Jorge Martin (Del Consa Gresini Moto3) has finally scored his first ever Moto3 victory in the final race of the 2017 season.

Joan Mir (Leopard Racing) came in second despite almost crashing out to avoid a collision with Gabriel Rodrigo (RBA BOE Racing Team) earlier in the race. 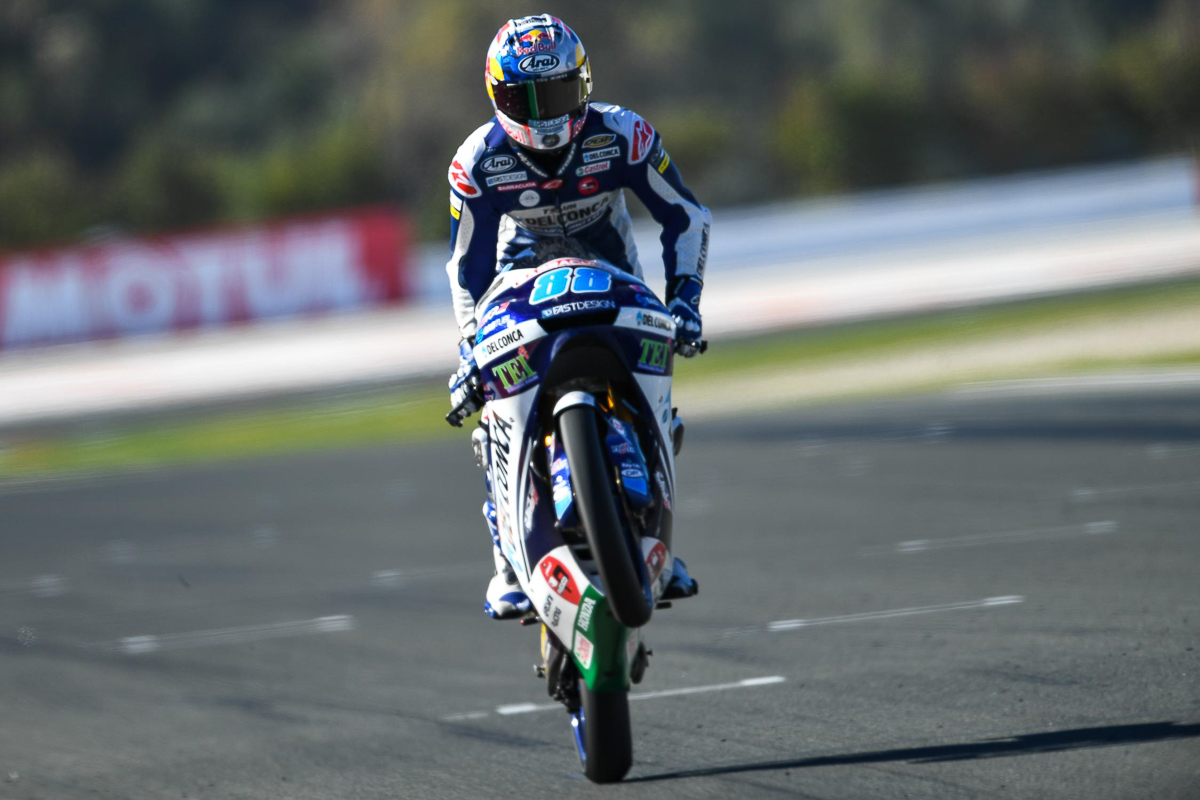 After nine pole positions, eight podium finishes and three DNFs due to mechanical failure, injury and accident, Jorge Martin of the Del Consa Gresini Moto3 squad has finally taken his first ever Moto3 victory. He did so in superb style and performance in front of his home crowd in Valencia, Spain. 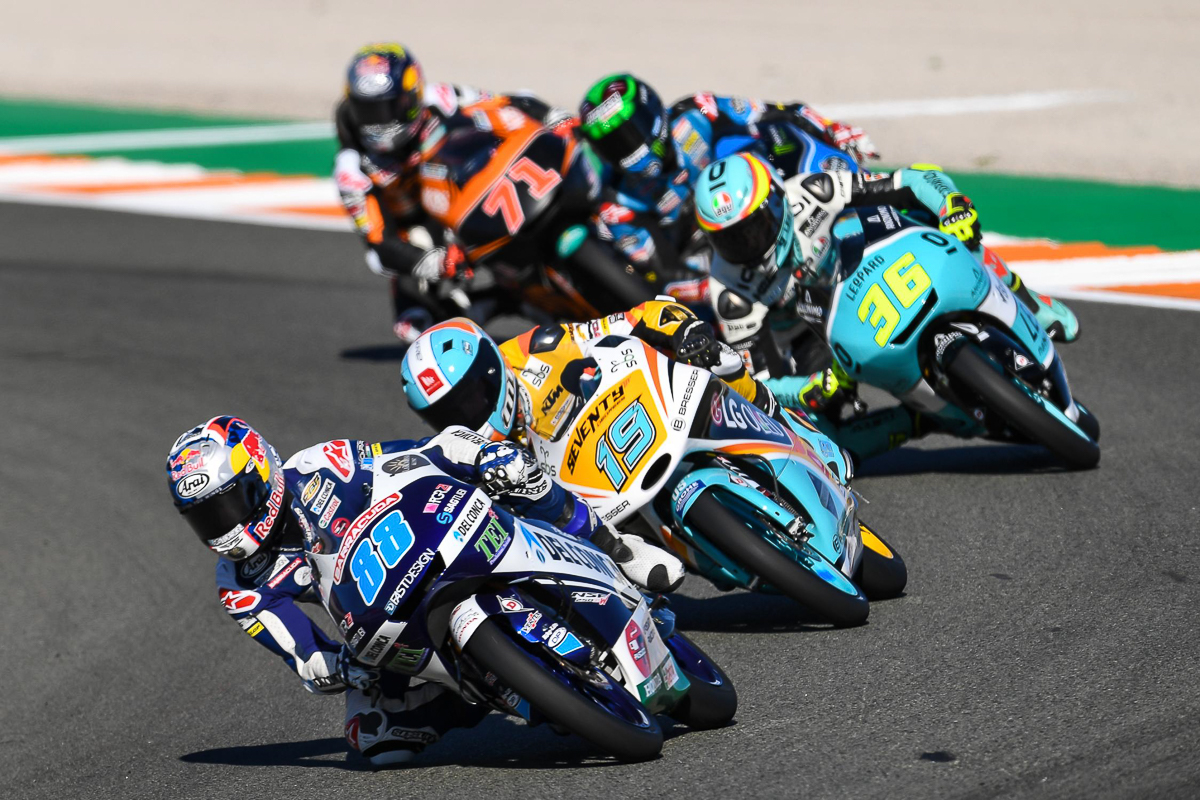 The 2014 Red Bull Rookies champion managed to maintain a strong performance all weekend long and with a strong race start, Martin managed to pull away from the entire pack. At one point, he was leading with a six-second gap ahead of other front runners. 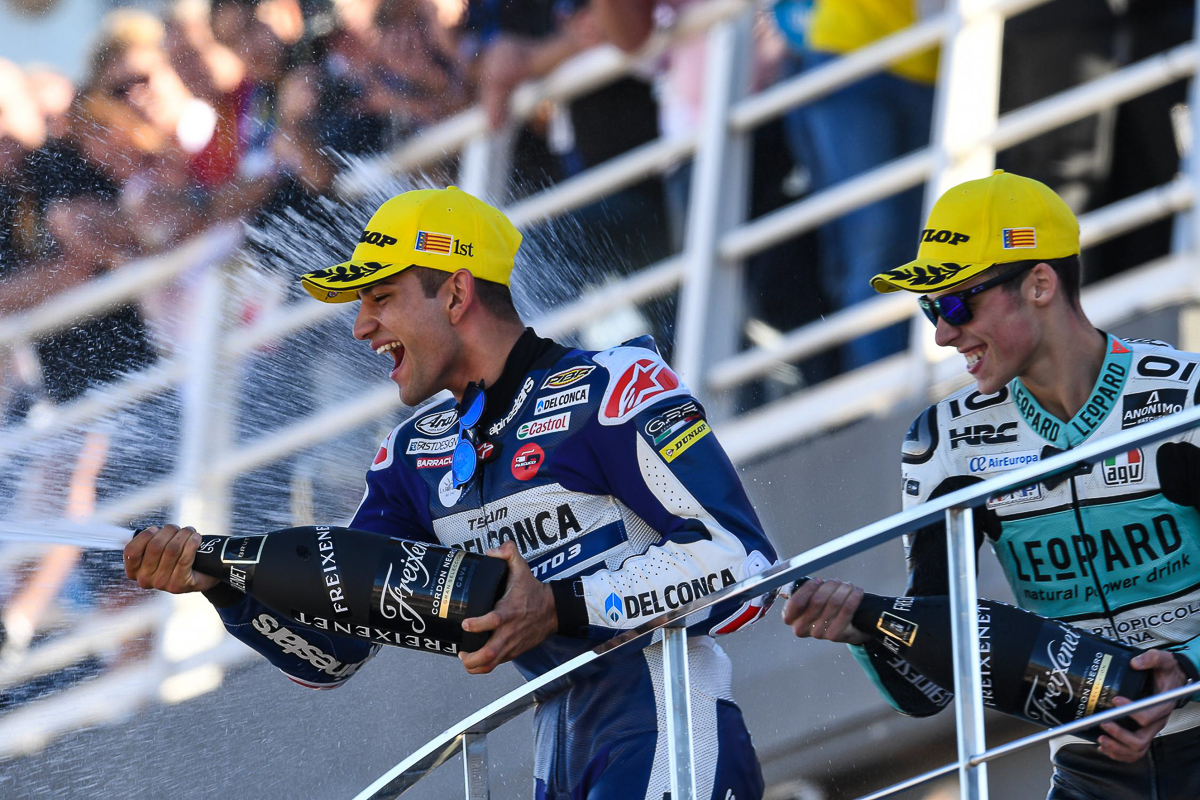 Martin’s first ever Moto3 victory was celebrated upon arriving into parc ferme where it was an emotional achievement for the 19 year old rider. Even Ducati’s factory rider Jorge Lorenzo stopped by to congratulate his training buddy for his accomplishment. 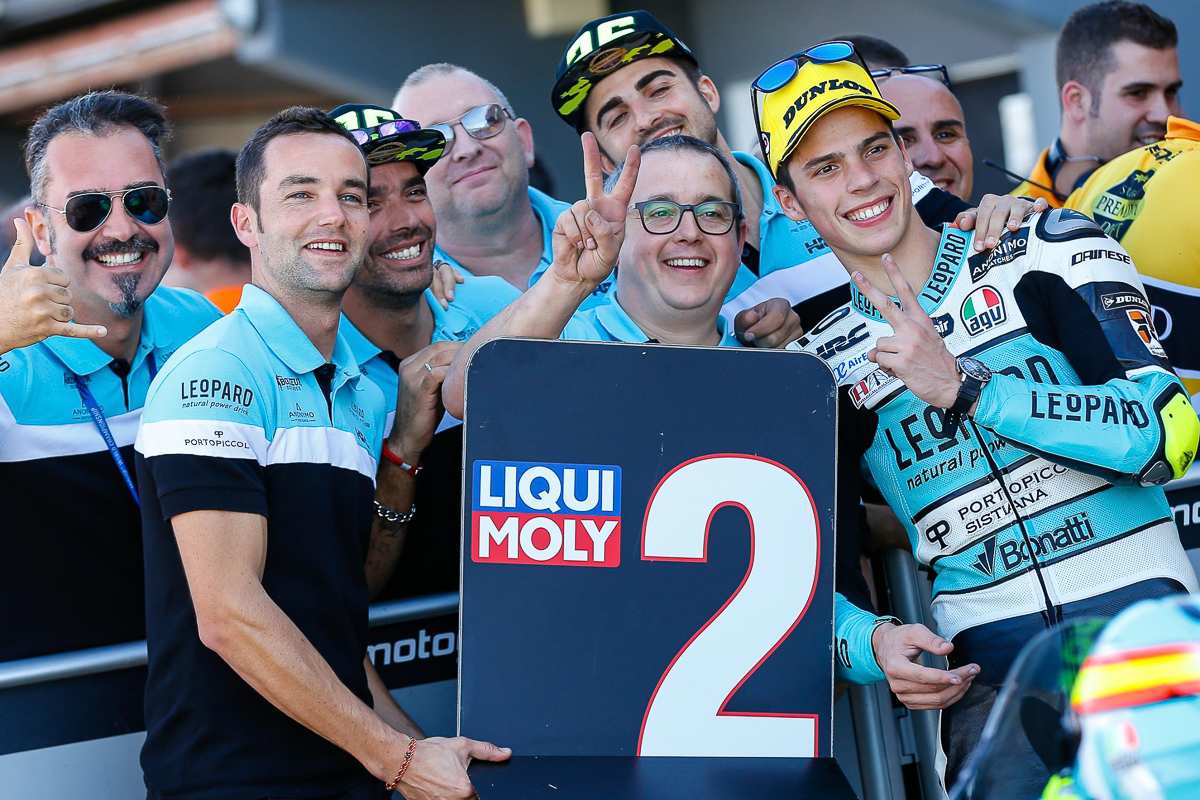 Jorge Martin’s victory was assisted with the fact that second place finisher Joan Mir (Leopard Racing) was on his way to yet another race victory but had to ran wide out of the track to avoid colliding with Gabriel Rodrigo (RBA BOE Racing Team) who was in front of Mir when he lost control of his race machine. 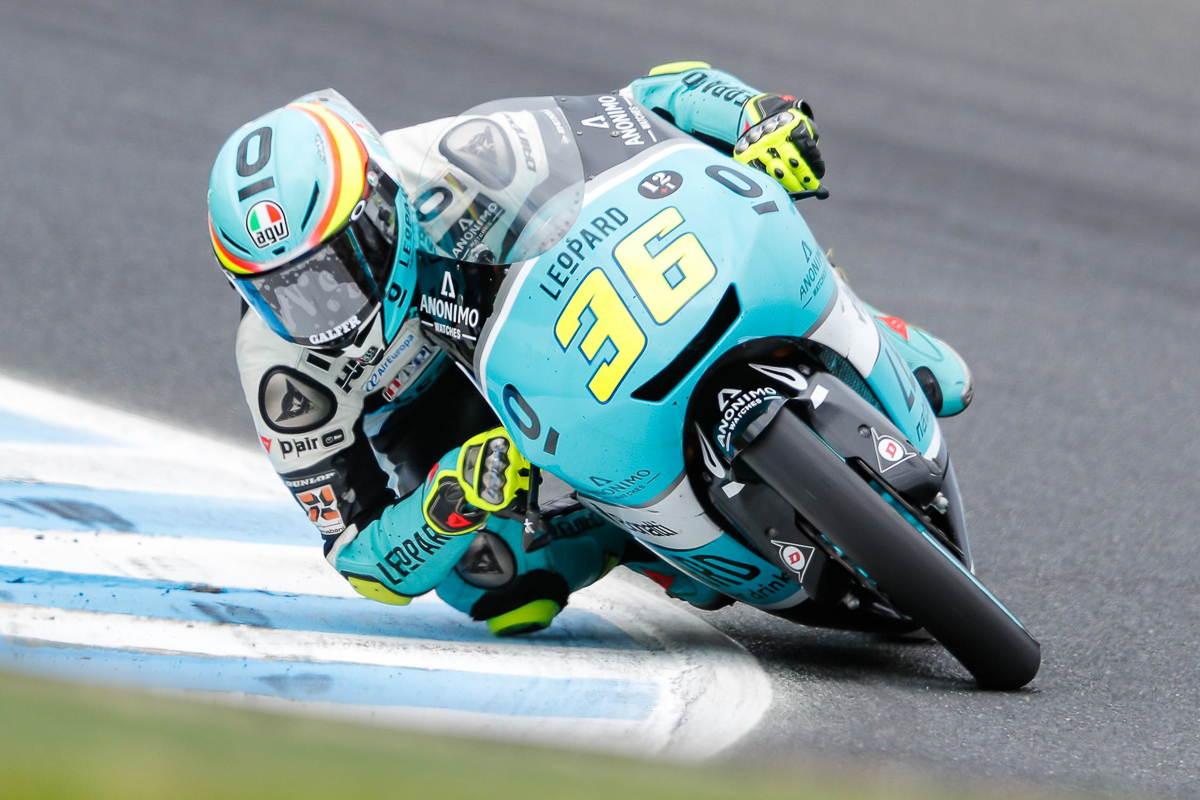 That resulted in Mir dropping down all the way to 19th but being the 2017 Moto3 World Champion, Mir fought his way back up the field and finished in second place. That actually resulted in Joan Mir setting a brand new record for the most points ever scored in the history of the Moto3 championship series. 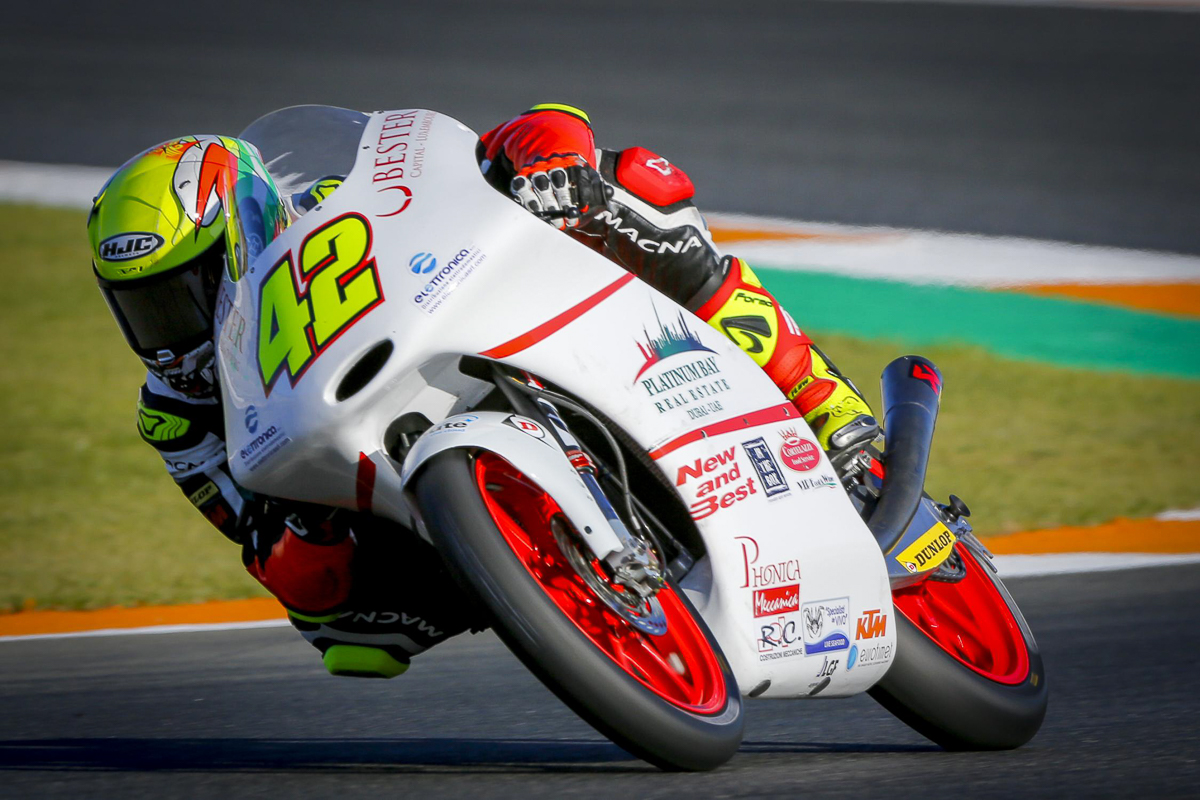 Marcos Ramirez (Platinum Bay Real Estate) took his second ever Moto3 podium of 2017 on board the KTM. The 19 year old managed to give a strong performance fighting with multiple race winners and previous champions from other race series and divisions. Ramirez completed the all-Spanish podium in front of all the Spanish fans in Valencia. 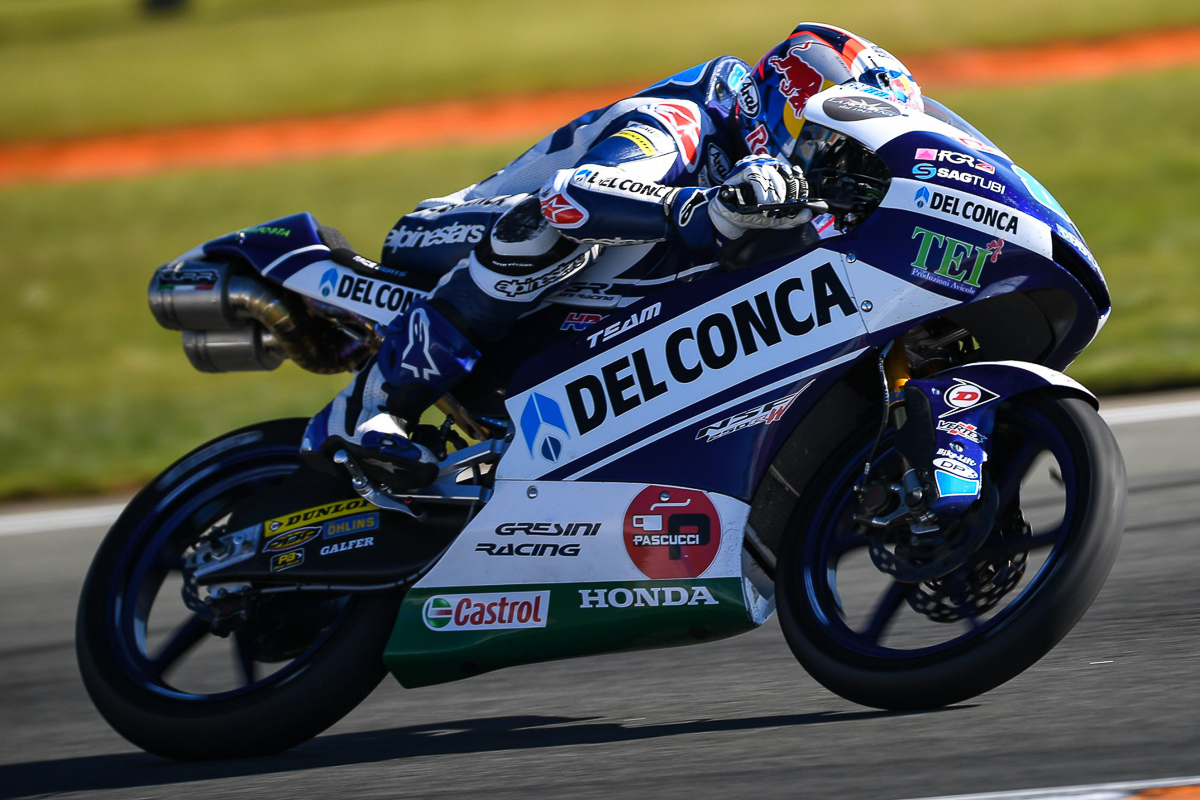 Jorge Martin and Marcos Ramirez will continue their Moto3 efforts for the 2018 season with the same teams while Joan Mir will graduate to Moto2 to race with Marc VDS Moto2 squad together with Alex Marquez. 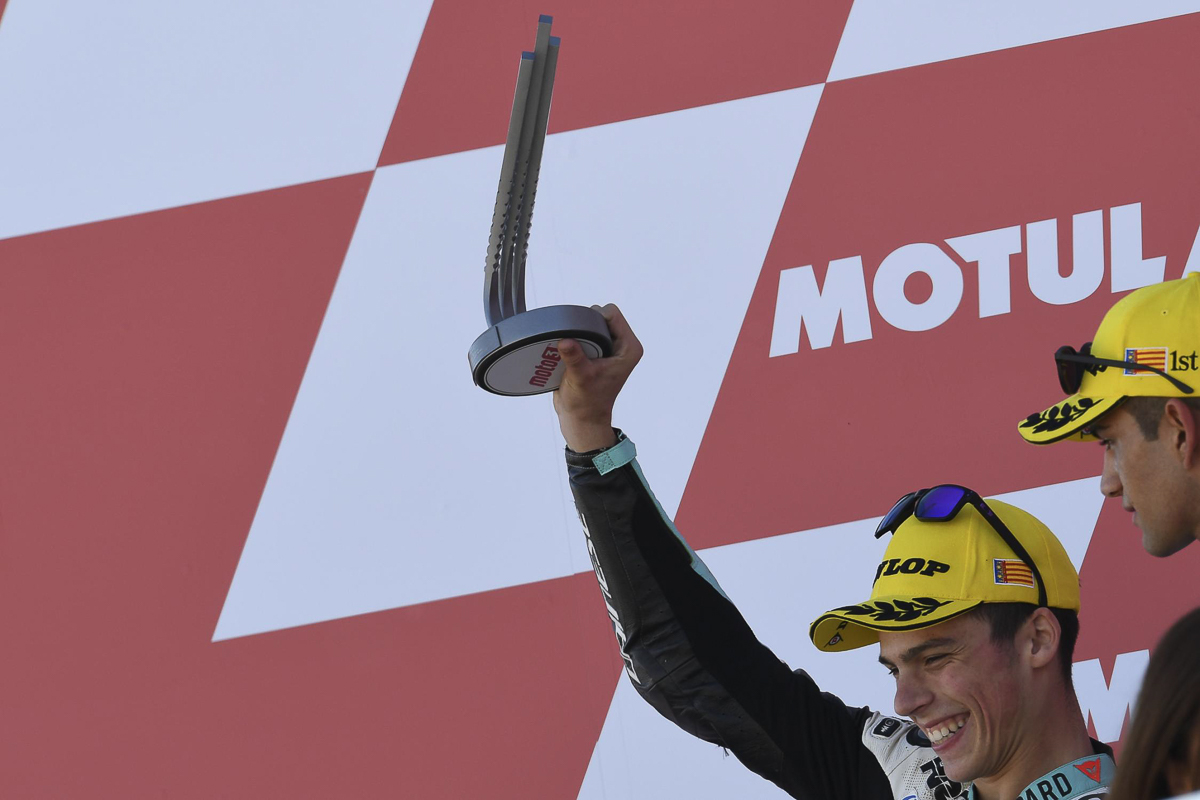