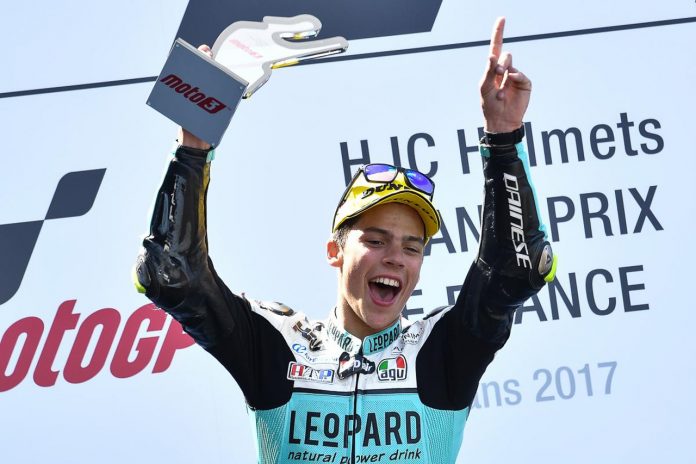 Current Moto3 championship leader Joan Mir will move up to Moto2 in 2018 to race with the EG 0,0 Marc VDS squad.

Mir and his newly-acquired Moto2 team have signed a three-year agreement to race from 2018 to 2020 in the Moto2 category.

Joan Mir and his current Moto3 Leopard Racing team is leading the championship with three race wins and two podium finishes in the past seven rounds. 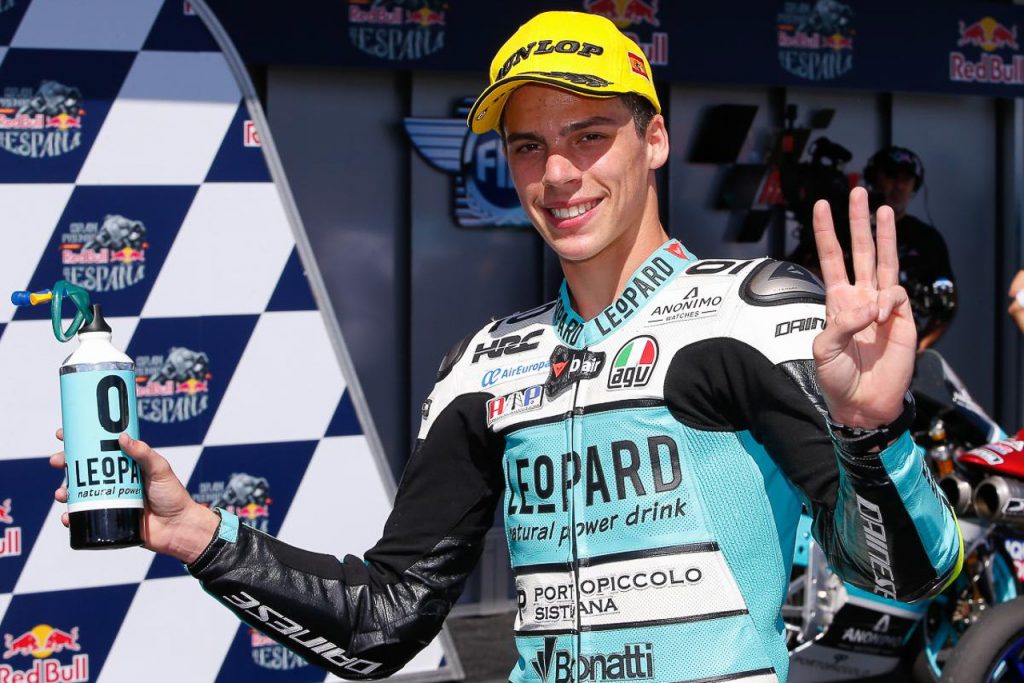 The current Moto3 championship leader Joan Mir (Leopard Racing) will get a big promotion for next year after signing an agreement to race in the Moto2 middleweight category together with the EG 0,0 Marc VDS squad for 2018. 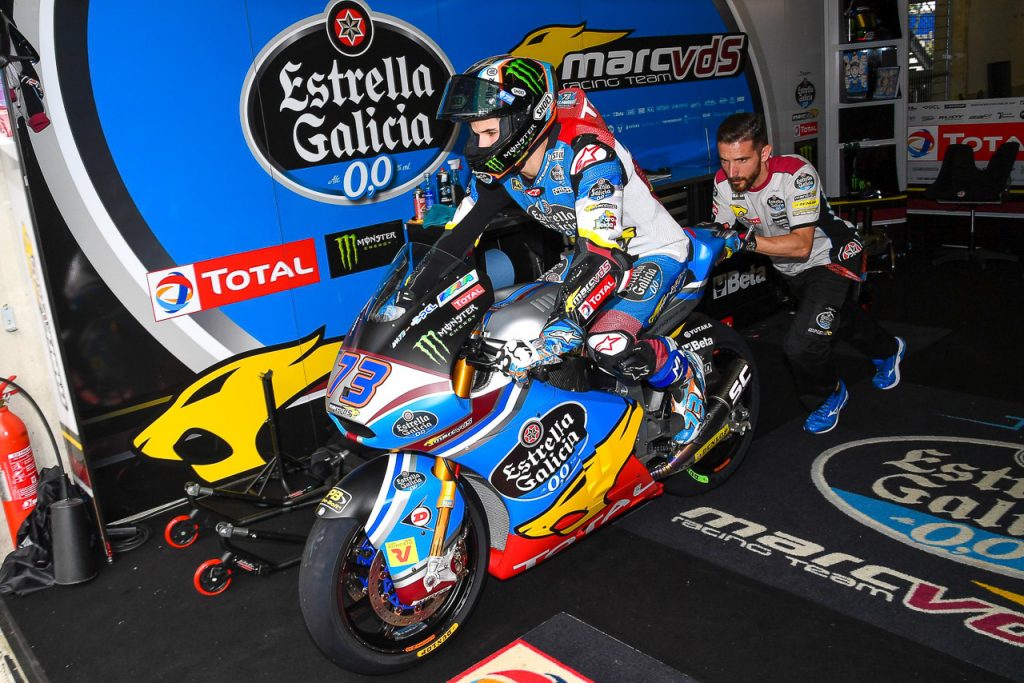 The announcement was made the past weekend during the Catalan GP when they struck a three-year deal to race with a very competitive team in the intermediate category especially this year with their star riders, Franco Morbidelli and Alex Marquez. 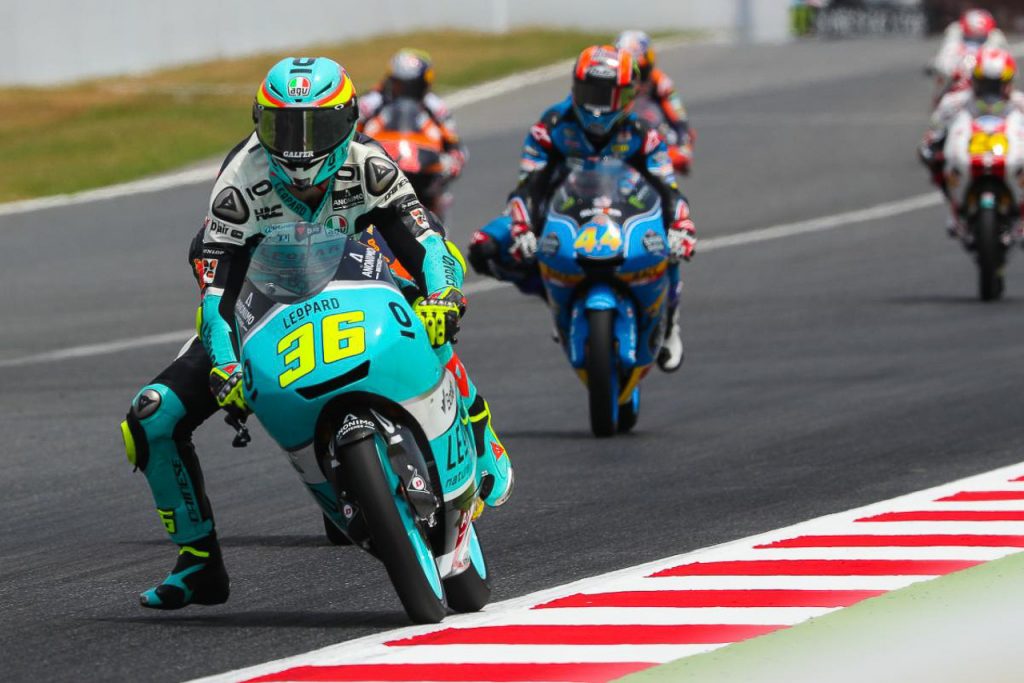 Being crowned the Rookie of the Year in his first ever season in Moto3, the 20 year old from Mallorca has been a dominating force so far in this year’s Moto3 season racking up a total of three race wins and two other podium finishes including yesterday when crossed the chequered flag in third. He was victorious in the opening round of Qatar, France and Argentina. 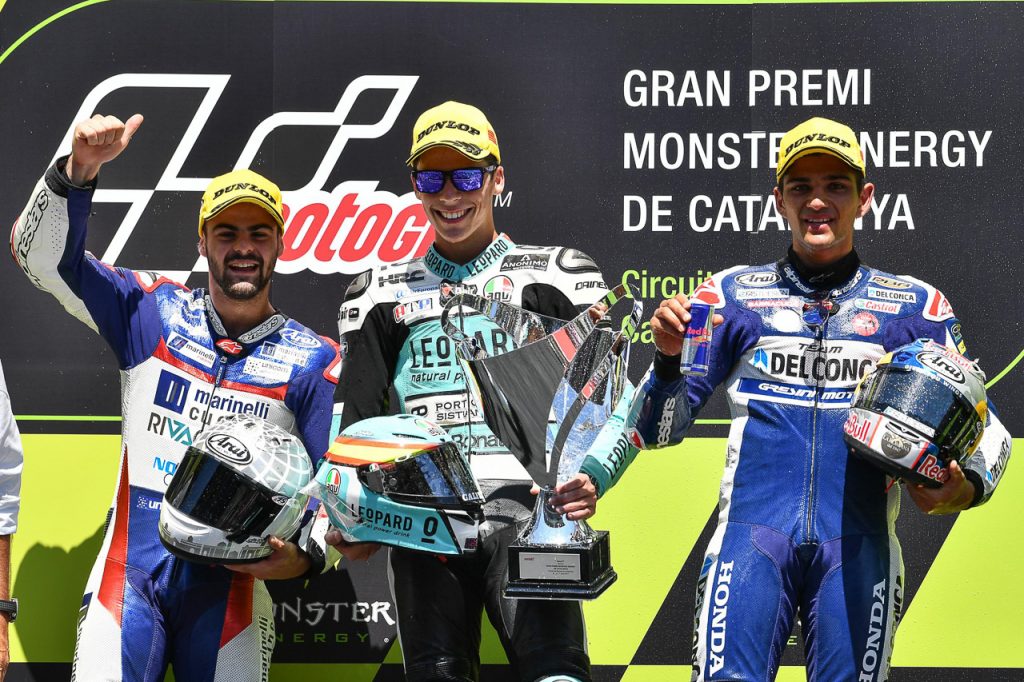 A total of five podium finishes in the past seven rounds puts him in the lead of the Moto3 world championships standing with 133 points, a whopping 45 points ahead of second place rider in the standings, Romano Fenati (Marinelli Rivacold Snipers) whose also an ex SKY Racing Team VR46 rider before getting the boot in the middle of last season for disciplinary issues. 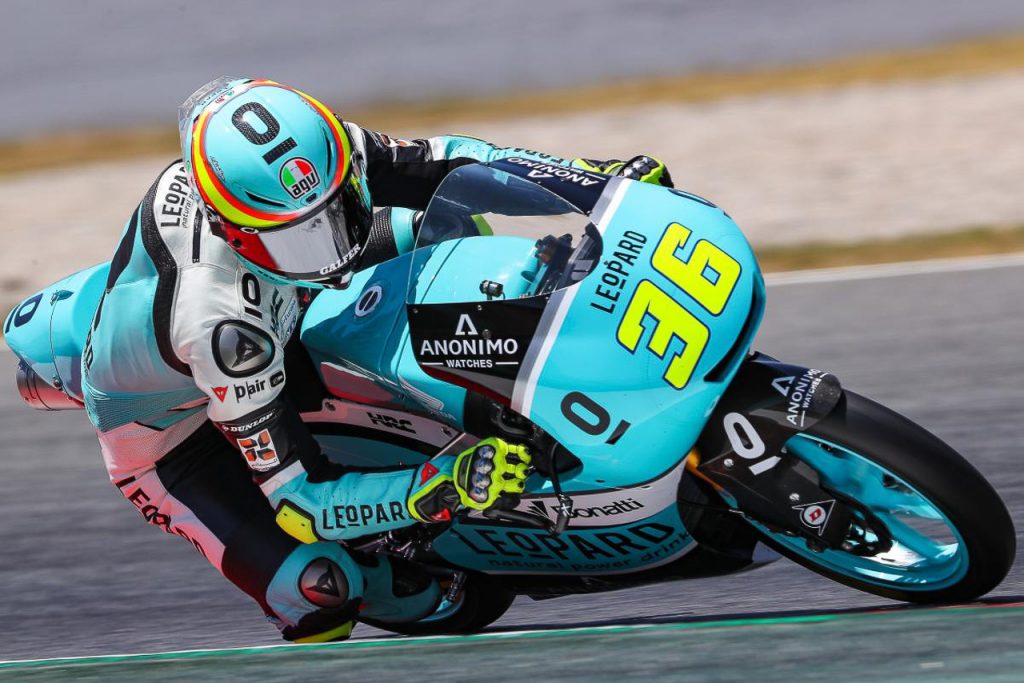 Looks like the future of the Joan Mir is secured for the next three years which will see him competing in Moto2 as the race series evolves from the current 600cc inline-four Honda engines to the highly-anticipated 765cc inline-three power plants from Triumph.

While 2018 is getting closer, Joan Mir will do all he can to leave the current 250cc category as champion before graduating into the 600cc category. Another question that comes to mind is what will happen to the current Marc VDS Moto2 riders, Franco Morbidelli and Alex Marquez? Will they move up to MotoGP next year or maintain in Moto2? 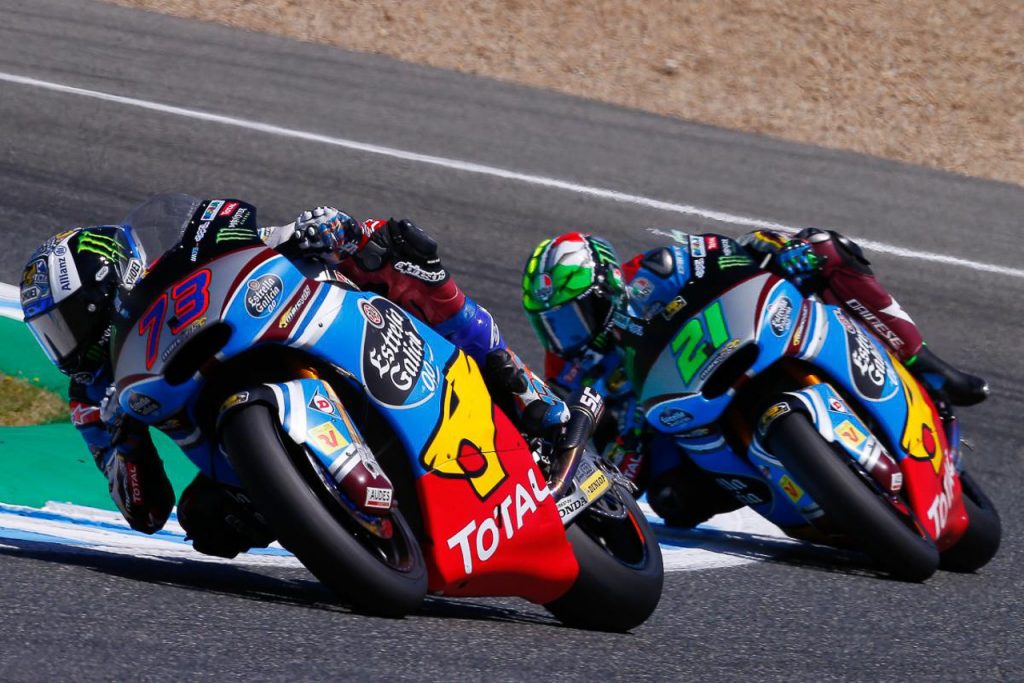