After missing the last Moto2 #AmericasGP race on Sunday at the Circuit of the Americas (COTA), Danny Kent recently announced that he’ll be parting ways with Kiefer Racing effective immediately. After a long and difficult experience with no promising results since the 2015 Moto3 World Champion stepped up to Moto2, the 23 year old Brit rider made the announcement via his Twitter account.

1/3. Due to irreconcilable differences I've decided to part ways with Kiefer Racing and the Moto2 Team.

2/3. It's been a difficult period since joining the team and I don't feel I'm able to reach my potential so I've decided to step away.

3/3. I'm still hungry & determined & believe I can be competitive in Moto2. I wish Kiefer Racing the best for the future.

During an interview with MCN, Kent explained how difficult his experience was even since stepping up to Moto2 with the same team that gave him the Moto3 world championship crown back in 2015.

CLICK HERE to read on the day he won the championship at the 2015 Moto3 finale in Valencia, the same weekend Jorge Lorenzo clinched his fifth world title after a long (and controversial) battle with his former team mate, Valentino Rossi.

“It’s been a long fifteen months with hardly any decent results to show. Last year me and Miguel Olivera were very pretty similar in results, and this year he’s able to fight at the top – and I don’t believe this is only down to him,”

“But after every practice session we made many changes with the bike and the same problems just kept occurring. I feel I’ve been pushing hard but I’m still over two seconds a lap off and fighting with the bike to be in twentieth.”

He then added “I know the risks and the repercussions from this decision are big but I honestly think it’s the best thing I can do for me. It was breaking me as a person and rider, and I honestly think if the right opportunity comes up I can be fast in Moto2. I hope to find a competitive ride and be at the front and enjoy racing again because I haven’t been enjoying it for a long time.”

This is not the first time a rider has left the Moto2 world championship. Our very own Zaqhwan Zaidi, the 2016 Asia Road Racing Championship (ARRC) Supersport 600 Champion, left the international-level Moto2 league after only six races with local squad, JPMoto Malaysia. He is currently having great success defending his ARRC title for 2017 with the MUSASHi Boon Siew Honda outfit. 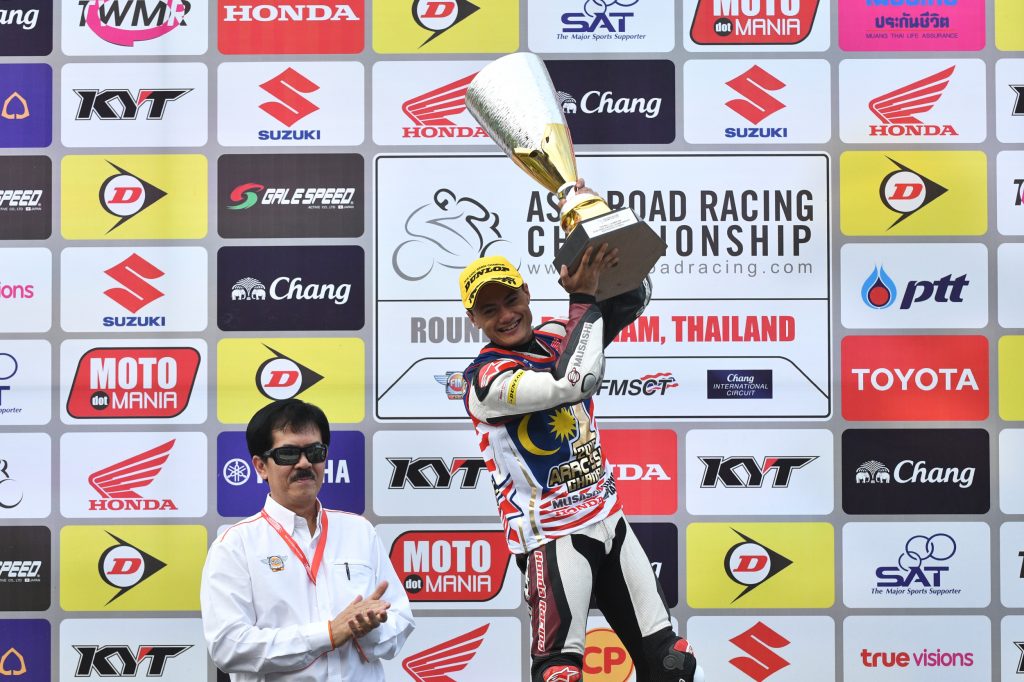 CLICK HERE to know about Zaqhwan’s accomplishments last year when he won the ARRC championship.