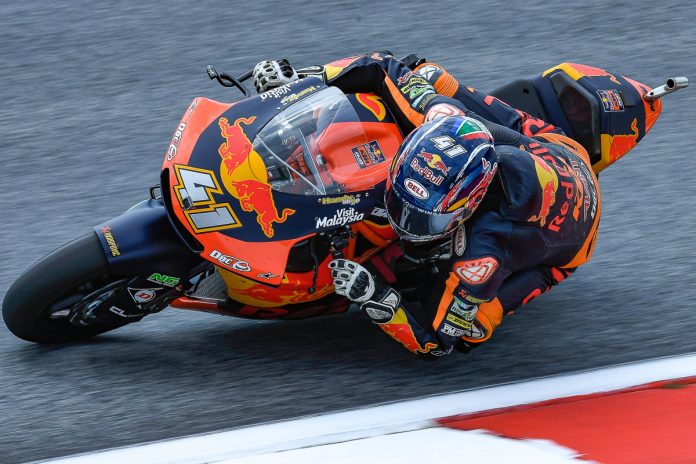 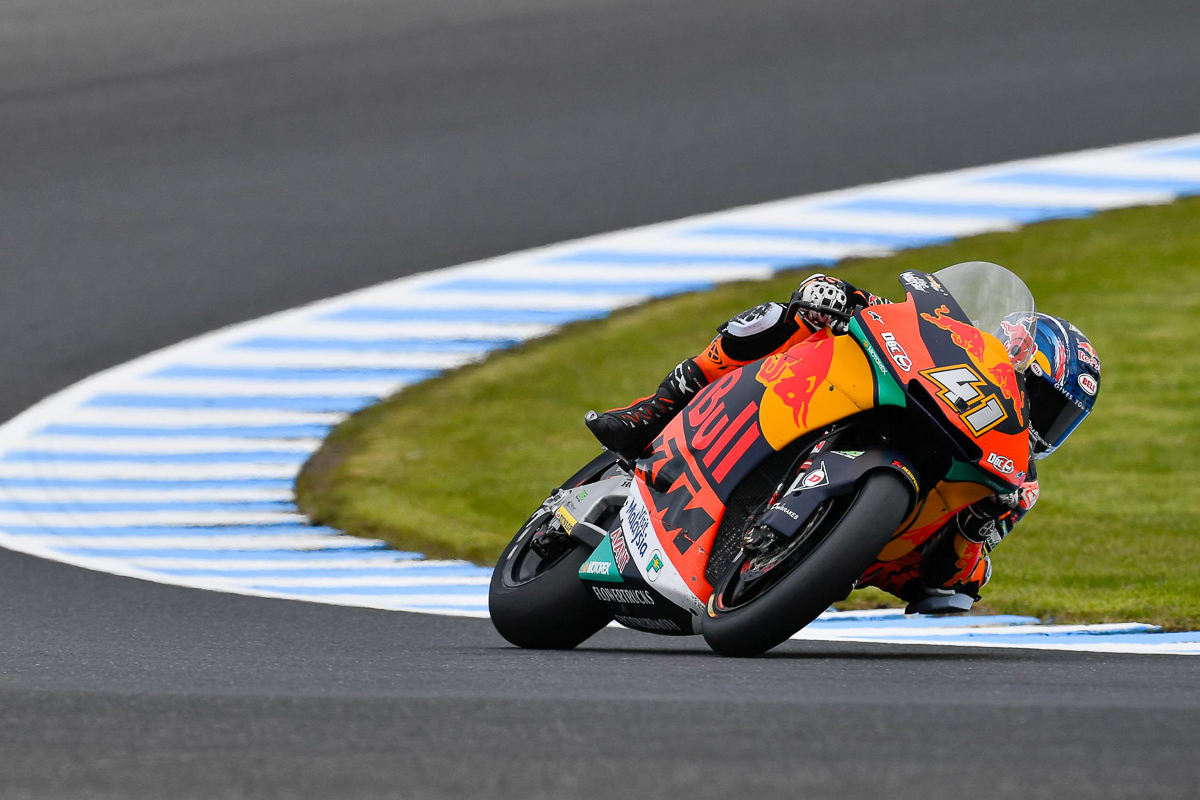 After an amazing Moto3 race at the Michelin Australian Motorcycle Grand Prix at Phillip Island, it was the Moto2 boys’ turn to shake things up where the battle for the 2018 championship could’ve been decided today between Francesco Bagnaia (SKY Racing Team VR46) and Miguel Oliveira (Red Bull KTM Ajo). 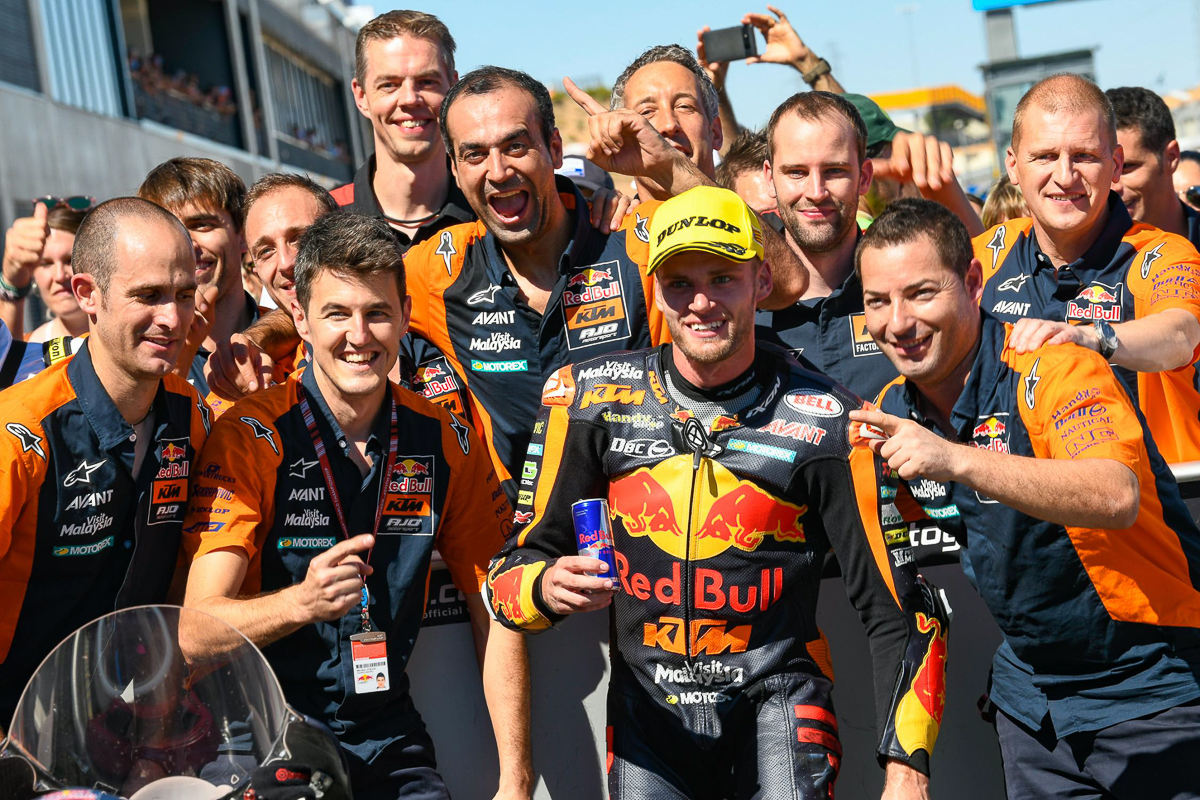 It was Oliveira’s teammate, however, Brad Binder, who took home his third win of the season after an amazing front group battle with a number of high-profile riders. The 23-year-old South African rider stood proudly on the top spot of the podium as his country’s national anthem was playing where he was joined by Joan Mir (EG 0,0 Marc VDS) in second and Xavi Vierge (Dynavolt Intact GP) in third.

It was apparent all weekend long that Brad Binder will gain a good position coming to the race today but towards the final few laps, a number of riders either couldn’t keep up or cracked under pressure whereas Binder maintained his cool for his 49th career win. The battle was long and hard throughout the entire race between the top three riders. 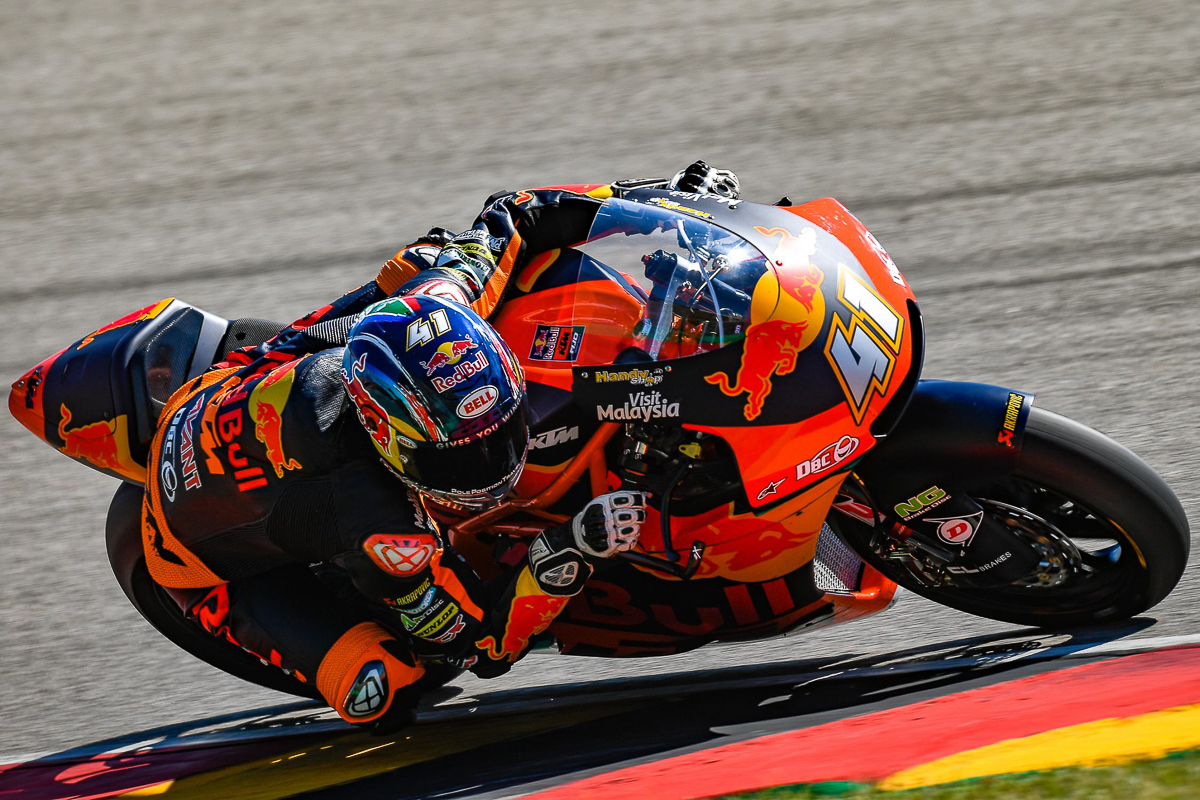 All eyes were also focused on the battle between Miguel Oliveira and Francesco Bagnaia where they only managed to cross the chequered flag in P11 and P12 respectively. This means that the championship battle for the Moto2 2018 crown will carry on to the next round at Sepang International Circuit for the Shell Malaysia Motorcycle Grand Prix happening from 2 to 4 November 2018. 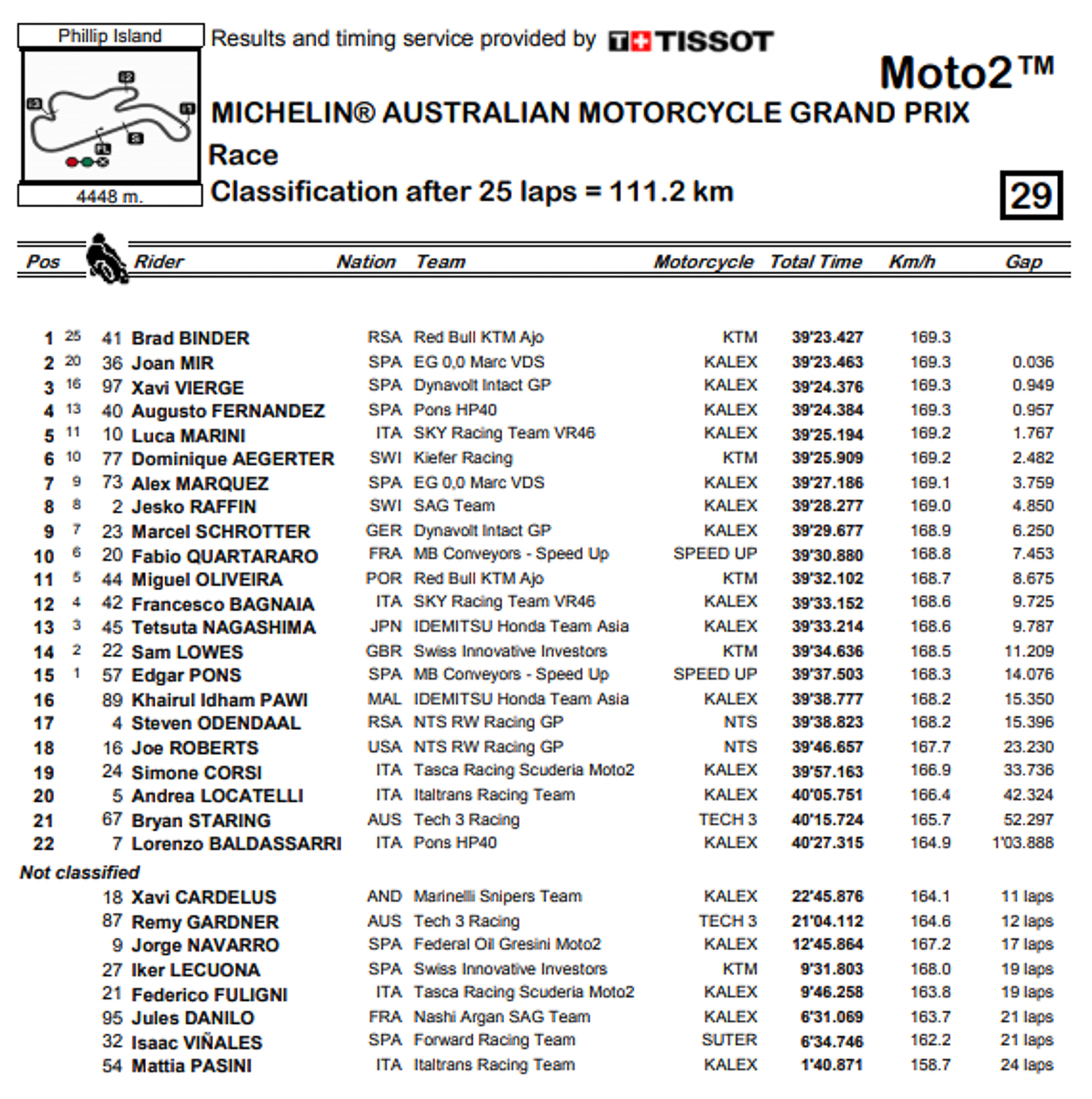