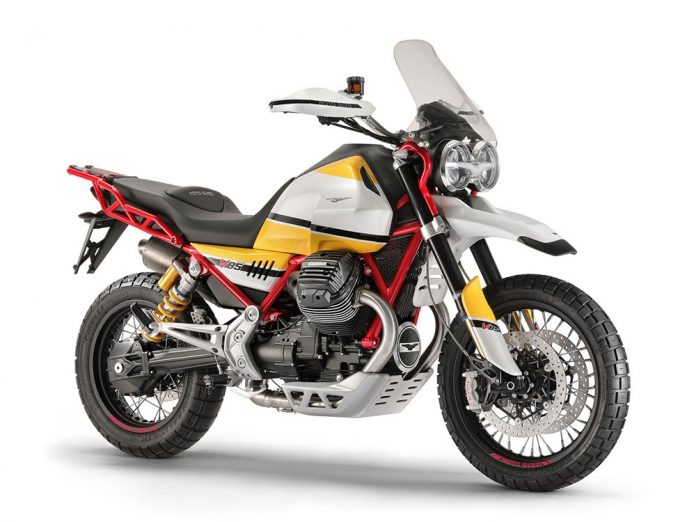 There’s been plenty of positive buzz since Moto Guzzi unveiled their V85 dual-sport concept during EICMA 2017 in November.

Piaggio has plans for a new dual-sport ever since the Stelvio 1200 NTX was discontinued as it isn’t Euro 4 compliant.

The V85’s mini-site is fully running (please click here to visit the site) and provides some insights into the concept. The design speaks of rally raid bikes from the 1980s – namely the Paris-Dakar Rally. 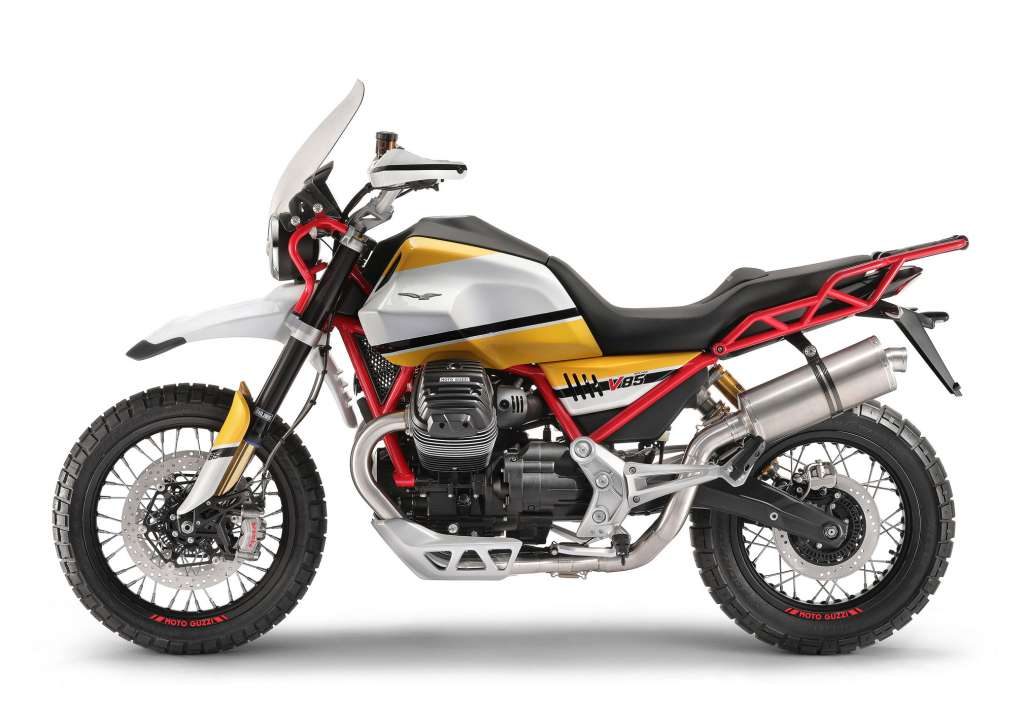 But while the site conclude with the “Stay tuned!” message, Motorcycle.com has sighted and published the patent filing for the bike in Australia. A patent filing is good news as it means there’s a great possibility for a product to go into production.

Referring to the pictures provided by Motorcycle.com, it seems that many design elements of the concept are retained. That’s a welcomed relief as bikes usually lose so much of the stunning details of the concept once they go into production. A good example is the KTM 790 Duke.

The V85 certainly looks great, with many details constituting a (welcomed?) departure from contemporary Moto Guzzi norms. Check out the rear monoshock which sits out in the open to mimic traditional dual shocks, the minimalist bodywork and steel tube frame, and retro paint scheme. The official site has also described the powerplant as an 850cc air-cooled 90o transverse V-Twin, which produces 80 bhp. That means it should be the engine that powers the V9 line-up. 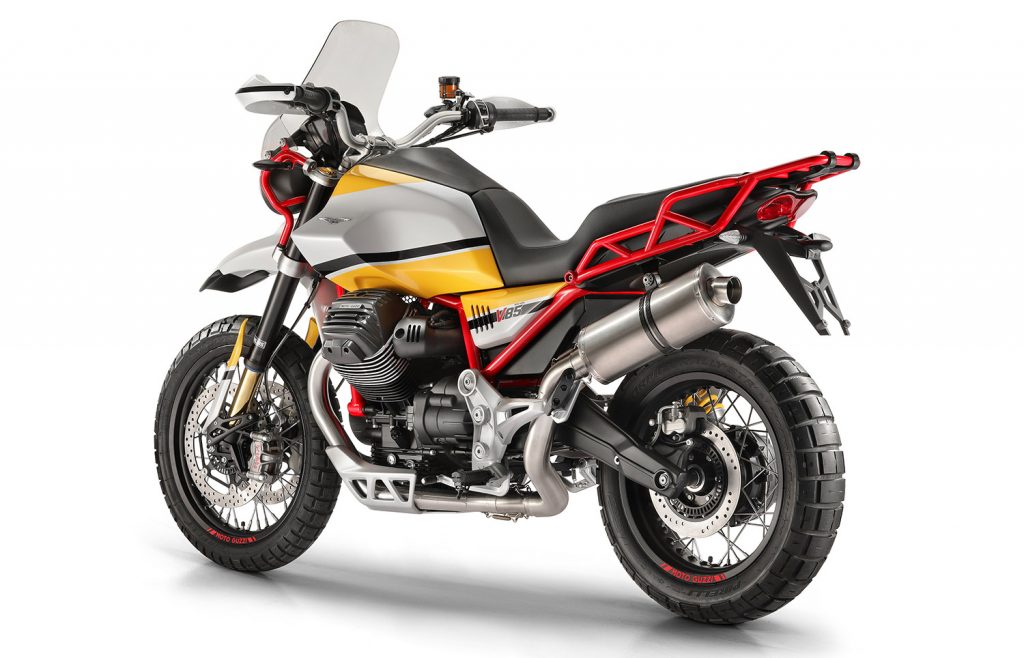 in the meantime, you may visit Moto Guzzi Malaysia’s Facebook page or head over to the location below.