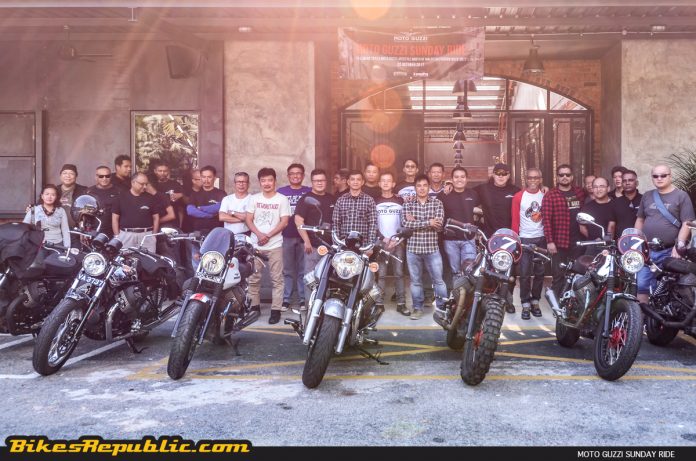 What’s the best way to build camaraderie and a family of bikers? Go on a ride, of course. 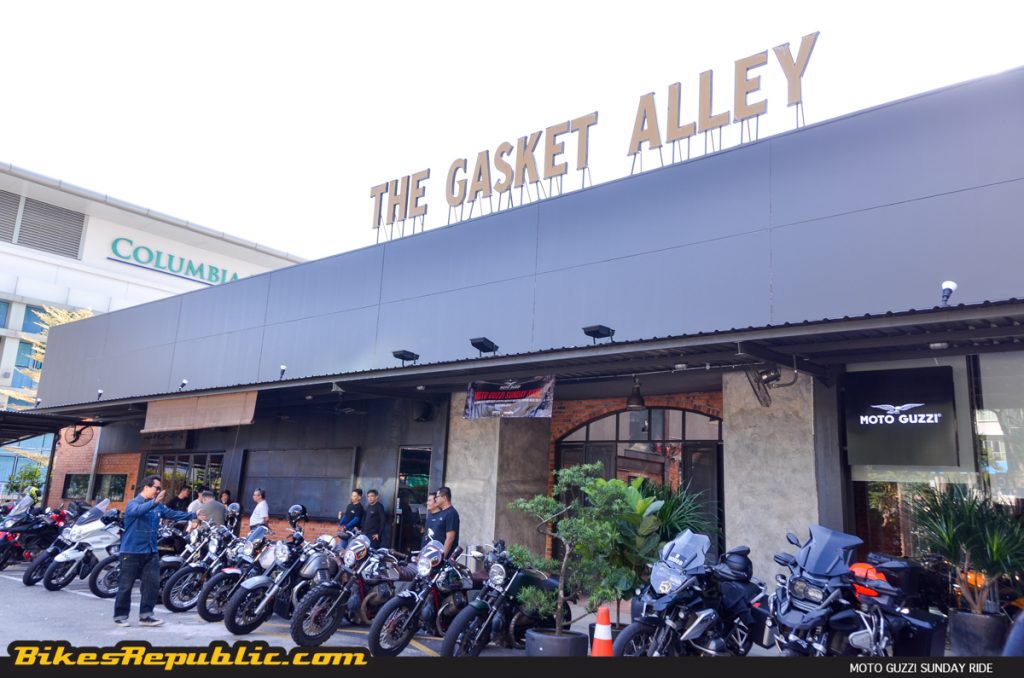 Modestly called, “Moto Guzzi Sunday Ride,” the outing was planned to gather the number of Moto Guzzi owners in Malaysia for a relaxing ride to Genting Permai and onwards to Lemang To’ki 2 (the main Lemang To’ki outlet is closed) in Bentong, Pahang. 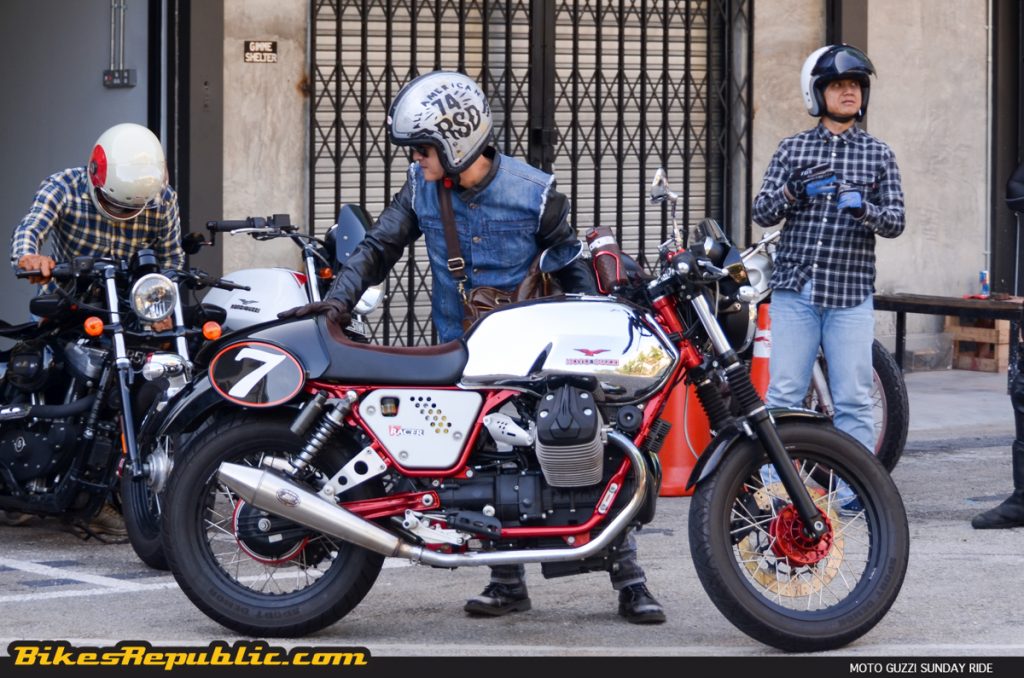 Guzzi and other motorcycles owners started gathering at 8.30am. Another great aspect of motorcycle rides is that one will get to see a pleasant mix of different bikes, and we weren’t disappointed this weekend. 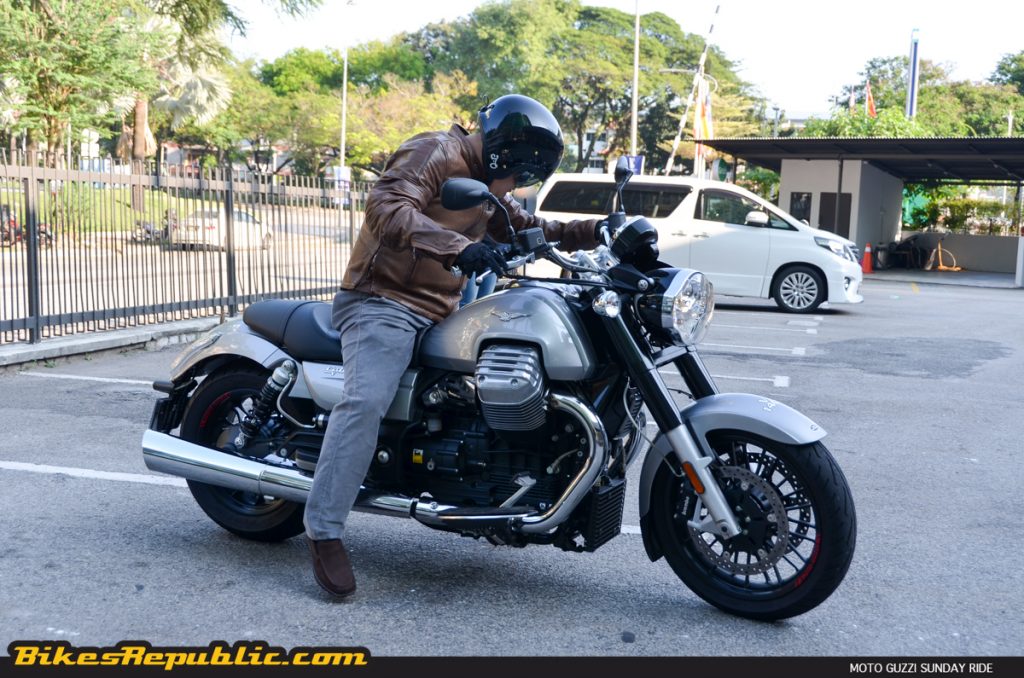 There was a California, a number of V7 Racers including one which was customized into a scrambler, a V7 Anniversario 50, V9 Bobber, and a Norge tourer. There was a myriad of bikes of different makes too. 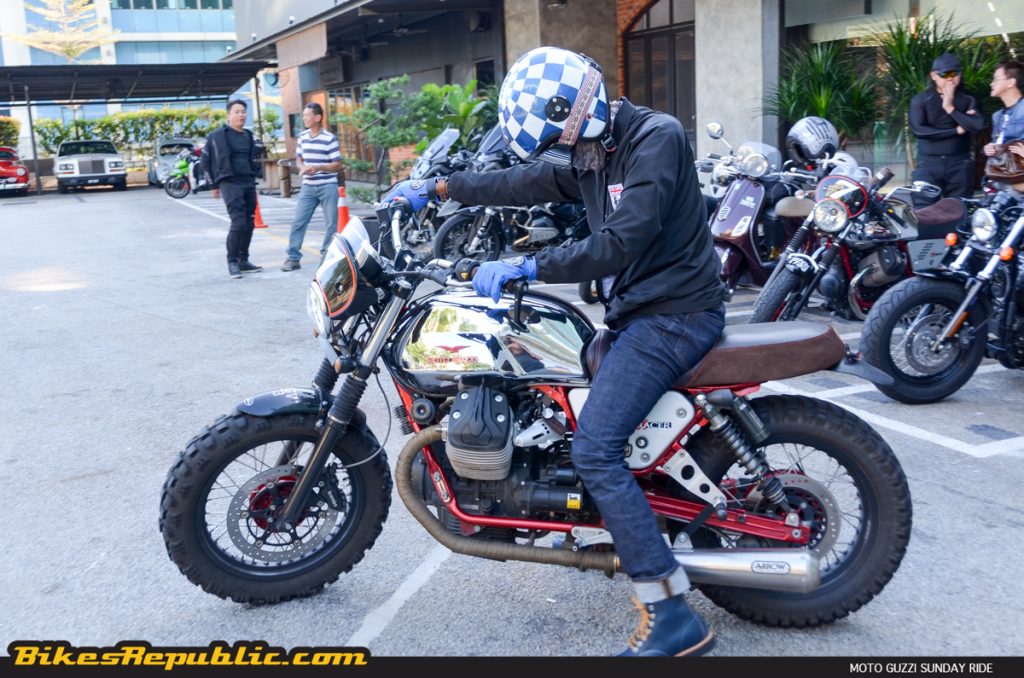 We pushed off after a safety briefing by the ride marshal and Juan Chow, riding at steady pace behind the marshal all the way to the BHP petrol station just after the Gombak toll plaza. We noticed the traffic was exceptionally heavy for a Sunday. 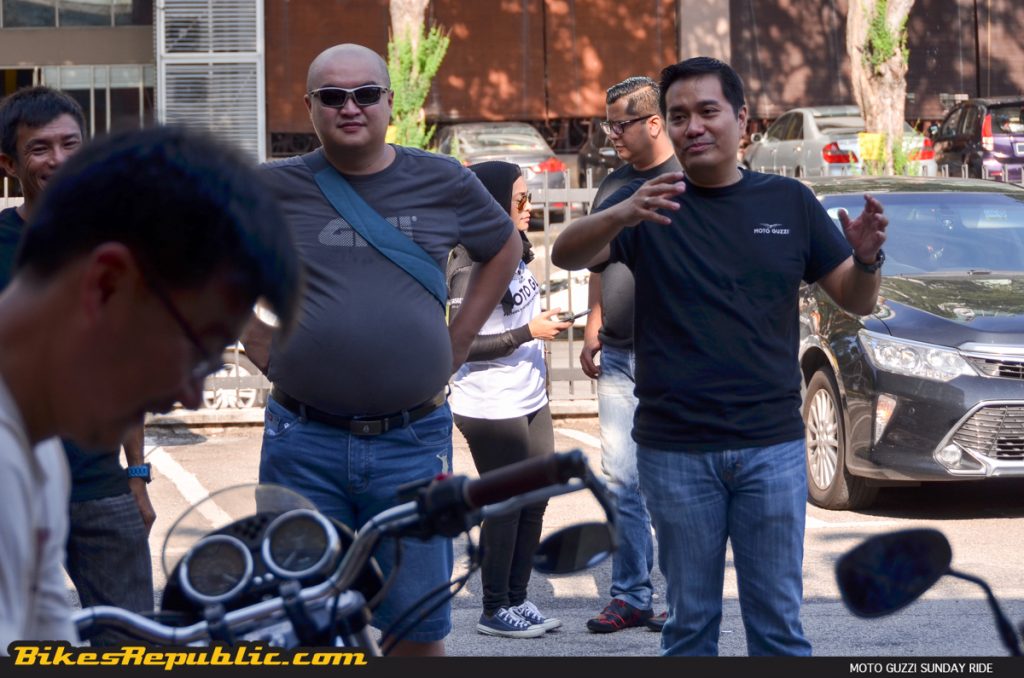 Everyone took a quick breather from the scorching sun while the marshals did a quick headcount. 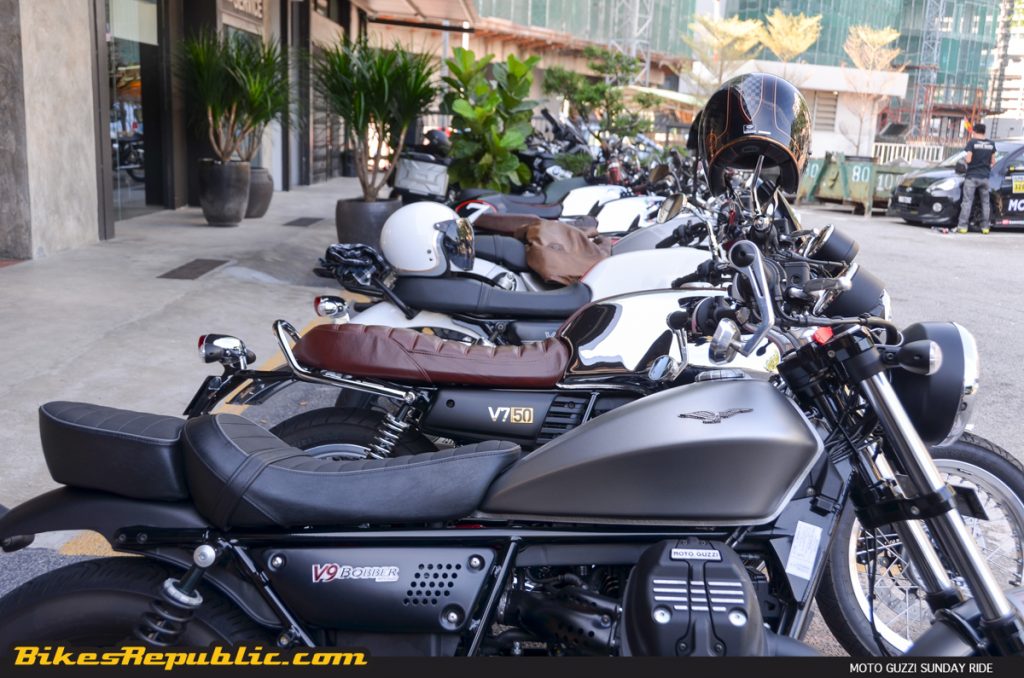 From there it was a short ride up to the Nanyang Kopitiam Restaurant at Genting Permai. Apart from the Starbucks adjacent to it, Nanyang has now become was already packed with groups of bikers. We caught sight of celebrities Afdlin Shauki and Johan seated not far from us.

After a quick brunch, he descended back down to Karak Highway and headed to Bentong. 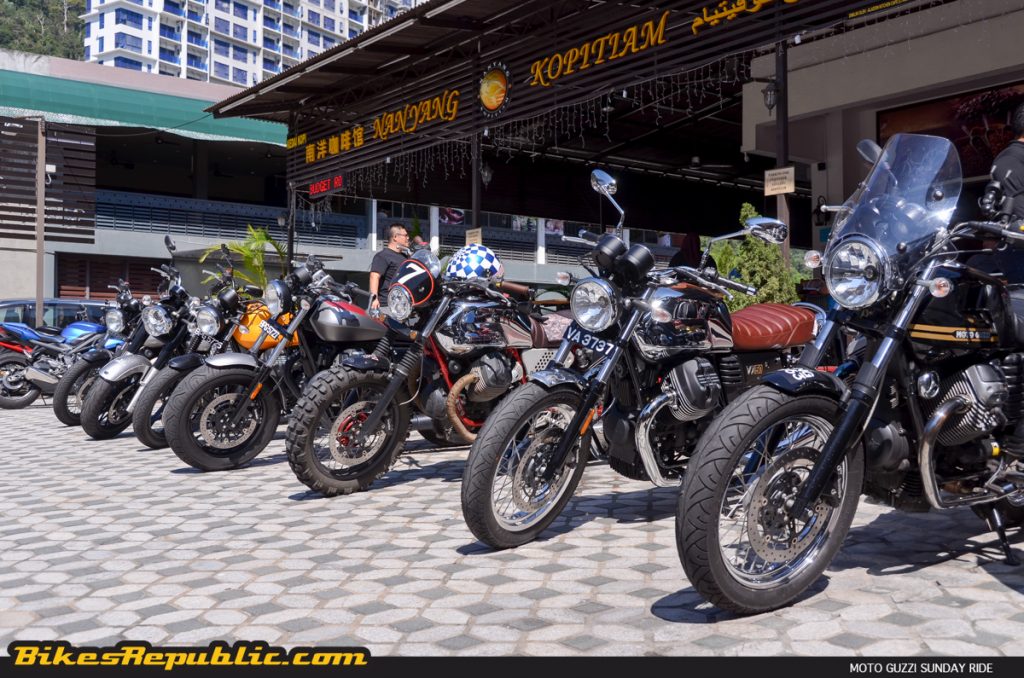 If traffic was heavy along the highway, it was worse when we reached the town. By now the convoy had gotten strung out as we had to navigate around other vehicles.

A traffic jam is the worst place to be for any biker, because that’s when car drivers start misbehaving out of frustration. A car cut right across this writer’s front wheel, and a 4×4 darted out of the intersection to Fraser’s Hill. Another car swung into our path, as if refusing to let us pass.

We finally reached Lemang To’ki after battling the traffic, only to realize that the marshal had mistakenly led us to the closed outlet.

We doubled back toward Bentong town but the guy in front of our group of eight bikes had lost touch with the marshal. Seeing a shaded and safe area, we pulled in and stopped. A rider in the group got in touch on the phone with someone and told us that there had been an accident.

The Yamaha T-Max ridden by a Moto Guzzi staff was T-boned by a mini SUV which charged out of an intersection the town, and both victims on the bike were taken to the Bentong Hospital. As my pillion was the other pillion’s housemate and BFF, we decided to just swing over to the hospital nearby.

The rider suffered a broken left foot. His pillion fared worse as her left knee was torn open. We feared the worst, but she suffered no broken bone after being X-rayed, thankfully.

Both are now recovering at home. 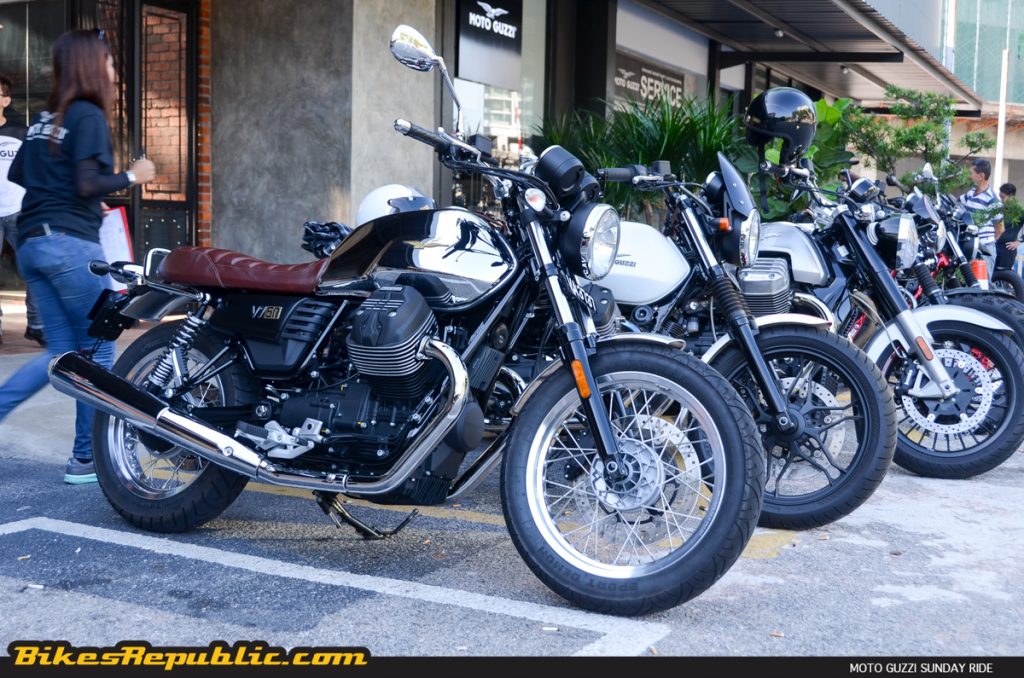 In closing, I would like to comment that it had been a relaxing ride, and it would’ve been perfect if not for impatient drivers. It was nice to see the participants getting along well, as they joked and laughed about the ride when we stopped at Gohtong Jaya. Also, a word of advice: Please be extra vigilant should you ride to Bentong on weekends and public.