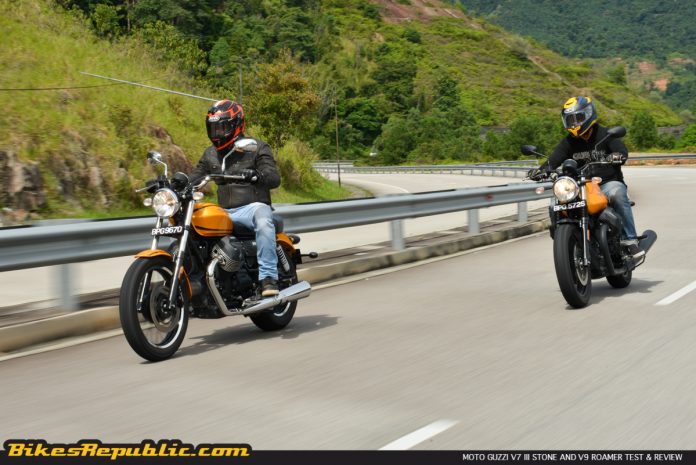 As with other manufacturers and distributors, Moto Guzzi Malaysia is the latest to publish their motorcycle’s prices with 0% GST, with effect from 1st June 2018. Here are the model and basic selling prices (not on-the-road). 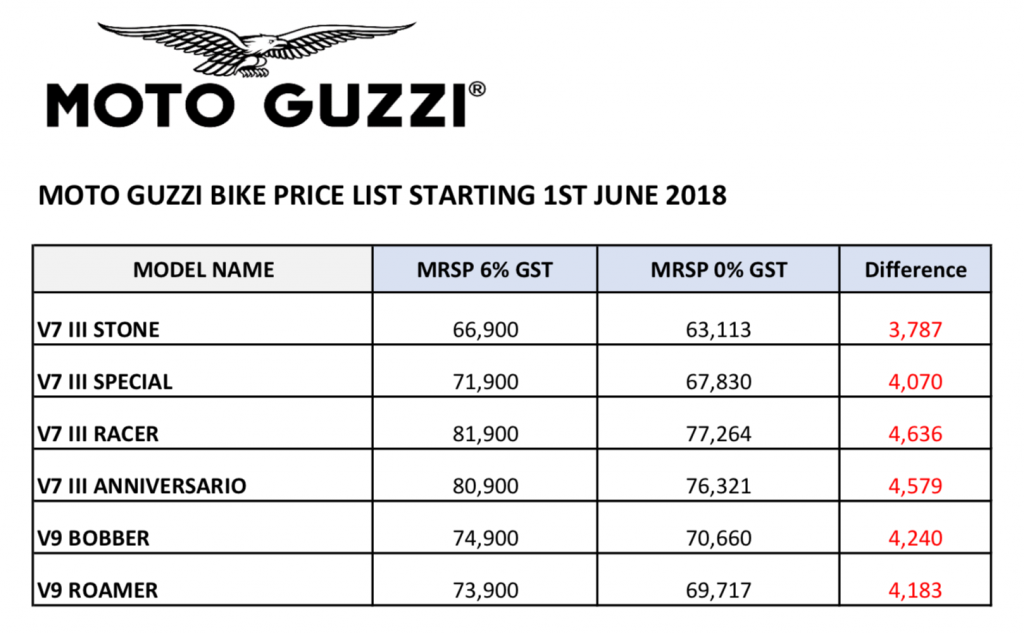 Moto Guzzi priced their bikes at attractive prices from the outset but they will be even more competitive come 1st June 2018. So, what are you waiting for? Please visit Moto Guzzi Malaysia’s official Facebook page or pay them a visit for a test ride.