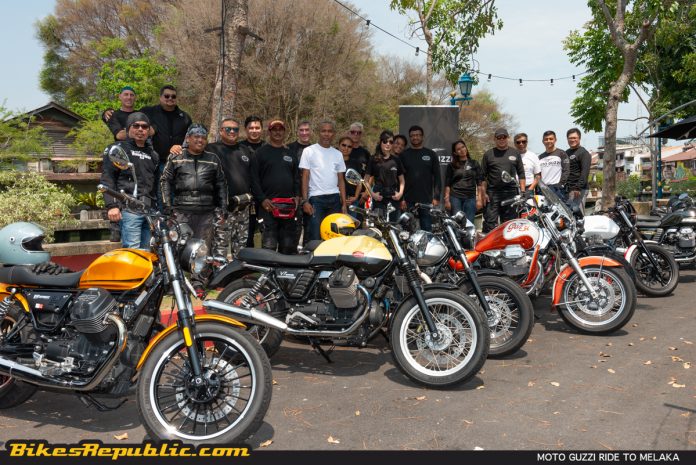 Owning and riding a motorcycle by yourself is fine, but there are times when you want to find out more about the brand you’re on from other owners. Perhaps to increase your number of friends in your network. 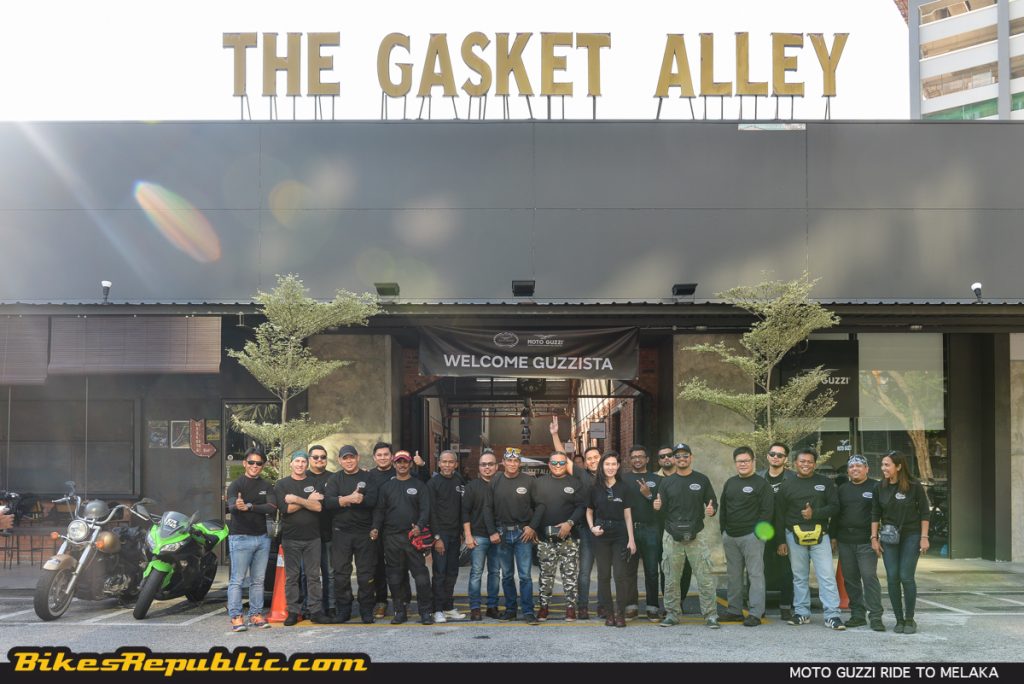 After a few successful rides from The Gasket Alley, it was the turn of Moto Guzzi owners to ride to the historic city of Melaka on Saturday, 5th May 2018. 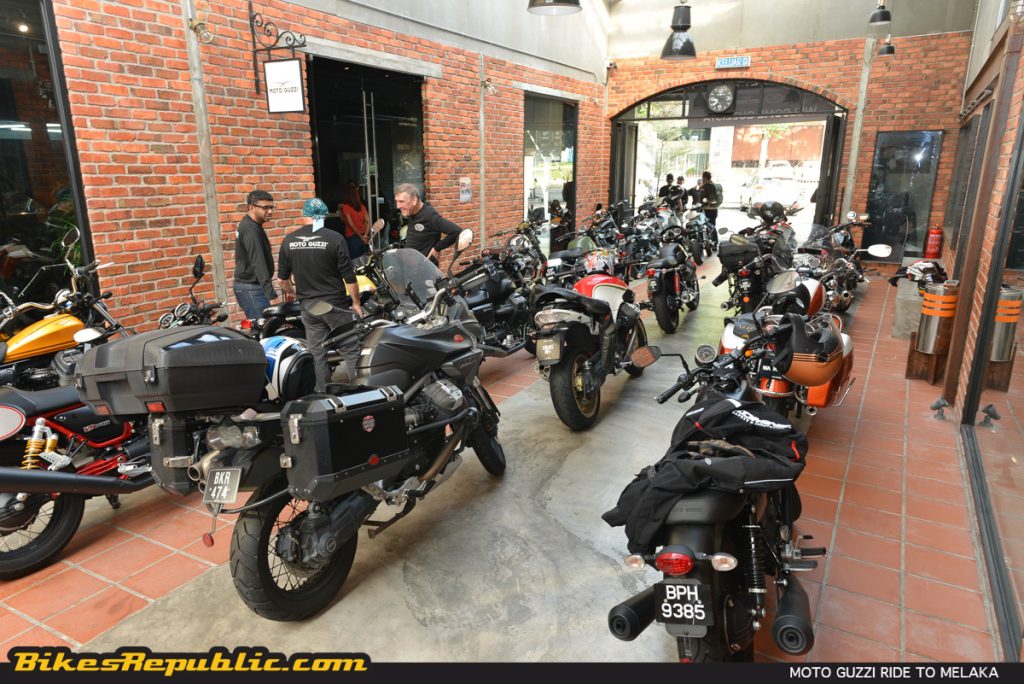 As usual, the riders got together at Moto Guzzi Malaysia early in the morning for some light breakfast and catch up with old buddies or new friends. 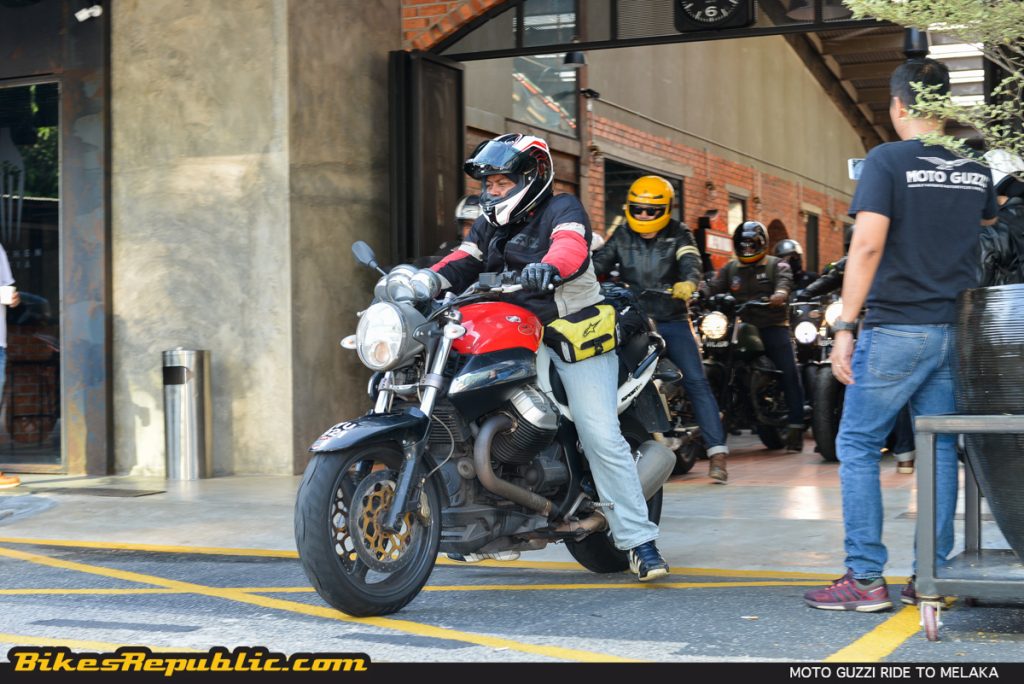 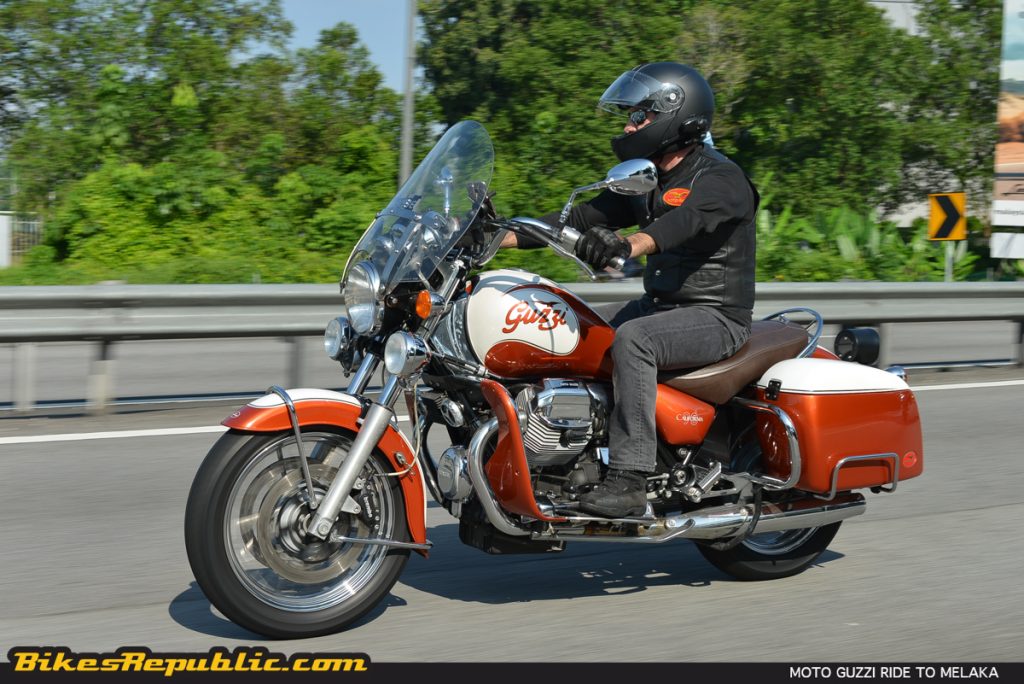 The convoy travelled down the KL-Seremban Highway before turning off toward Port Dickson. They stopped at the Rezeky restaurant for refreshments and a break before turning south toward Melaka, riding along the coast for a more scenic route rather than droning mindlessly along the highway. 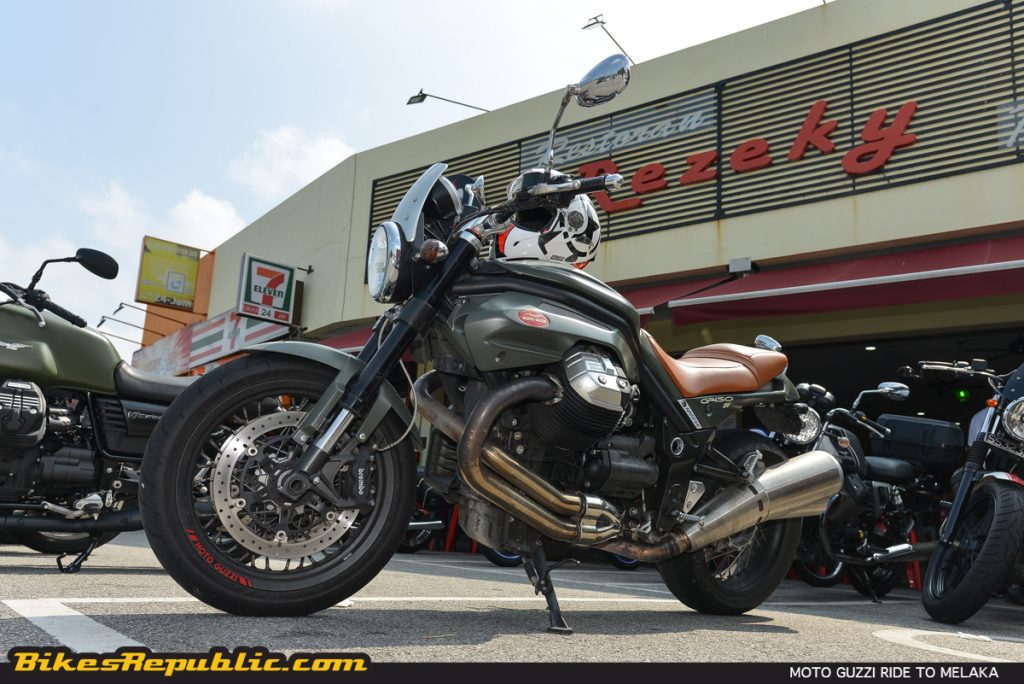 The ride passed many beautiful views of the sea along the way, including at Tanjung Bidara. The road continued through to Pantai Kundur at Tanjung Kling, and all the way into Melaka along Pantai Klebang where the group stopped for fuel. 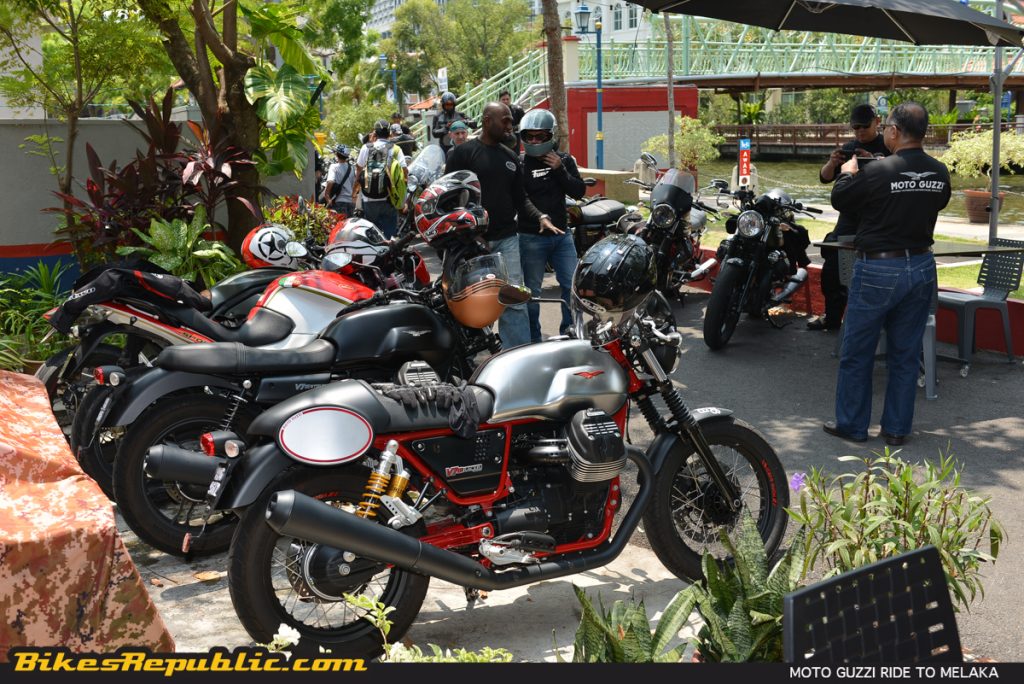 From there it was a straight ride to the Straits Werx Café near Masjid Kampung Hulu, which is among the oldest masjids in Malaysia. The café also flanks the Melaka River so we saw passengers on the Melaka River Boat Ride taking pictures of us while we had lunch and coconut cendol. The cendol was a welcome as the day had gotten extremely hot. 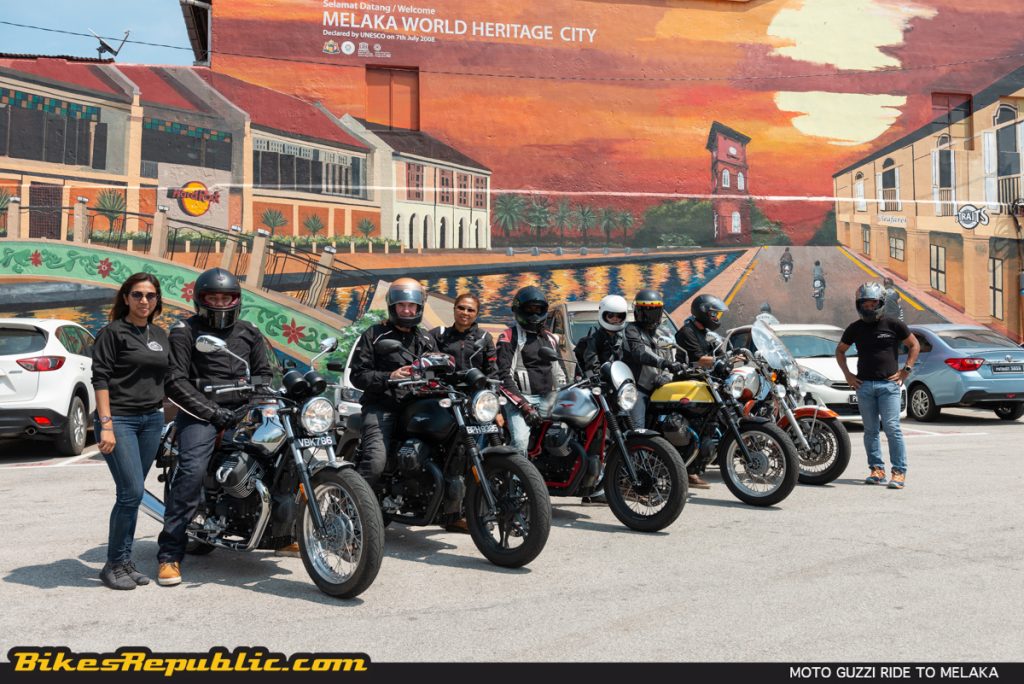 The riders got to know one another better while chilling out after lunch, before adjourning for the ride home. 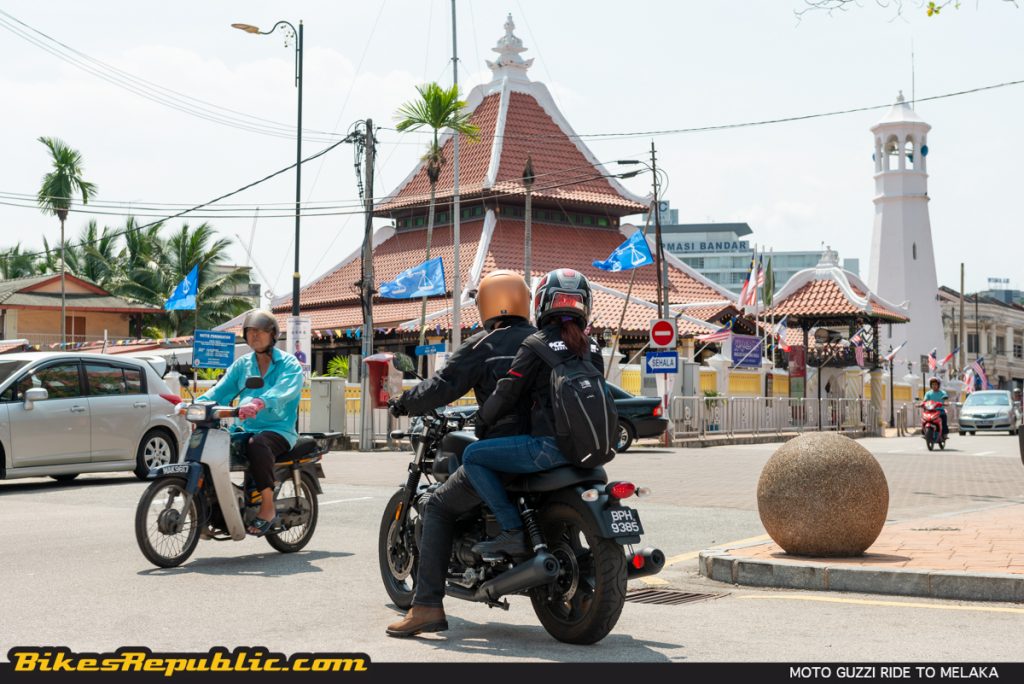