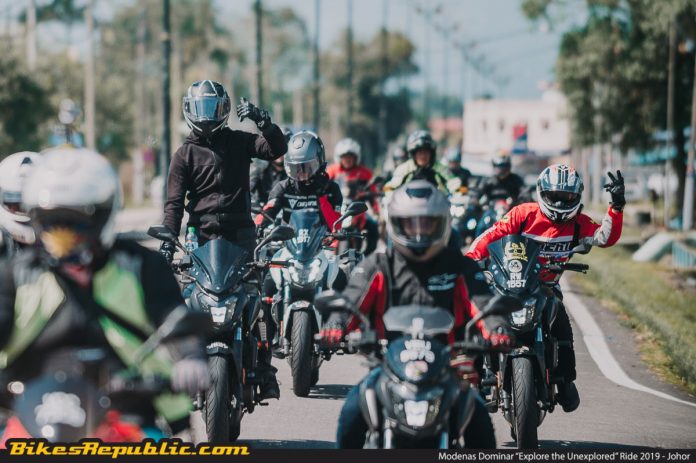 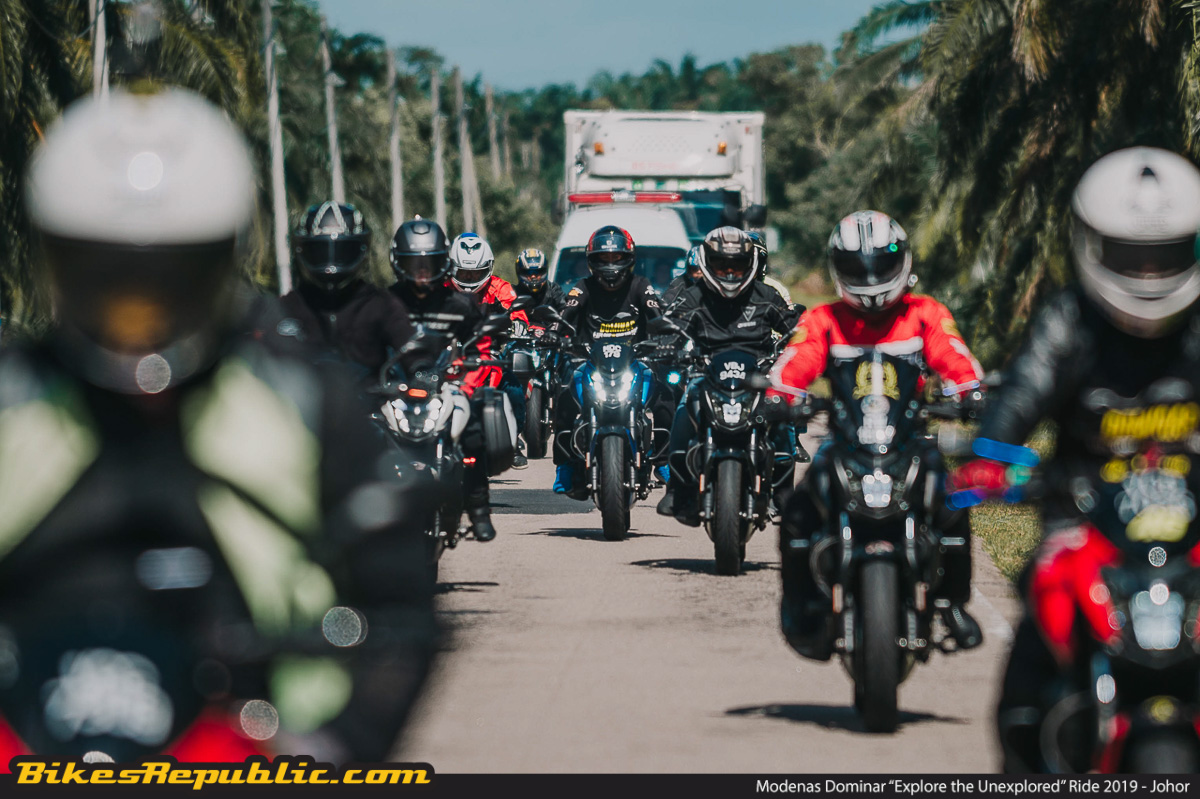 It was yet another successful and wonderful journey of the Modenas Dominar “Explore the Unexplored” ride as they explored the road down South. A convoy of 16 Modenas Dominar D400 owners took the streets from Mersing all the way Kluang for some good time under the sun and riding around the great state. 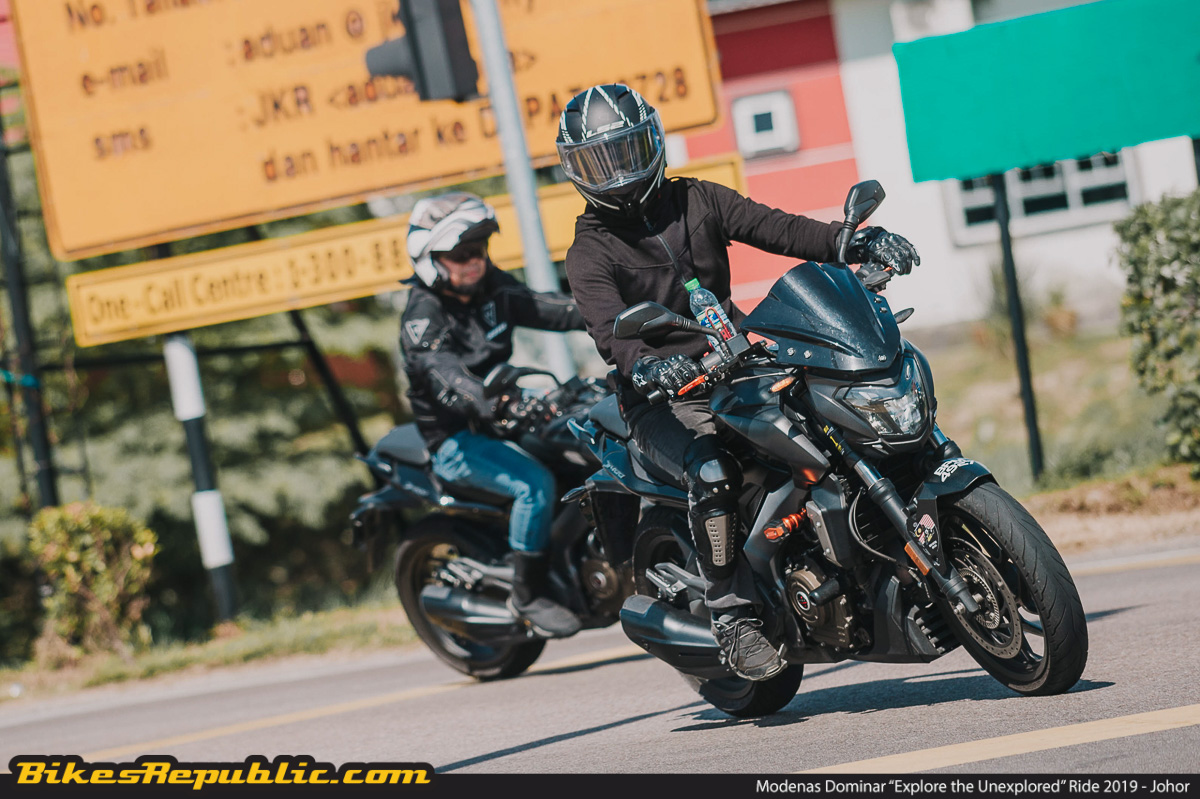 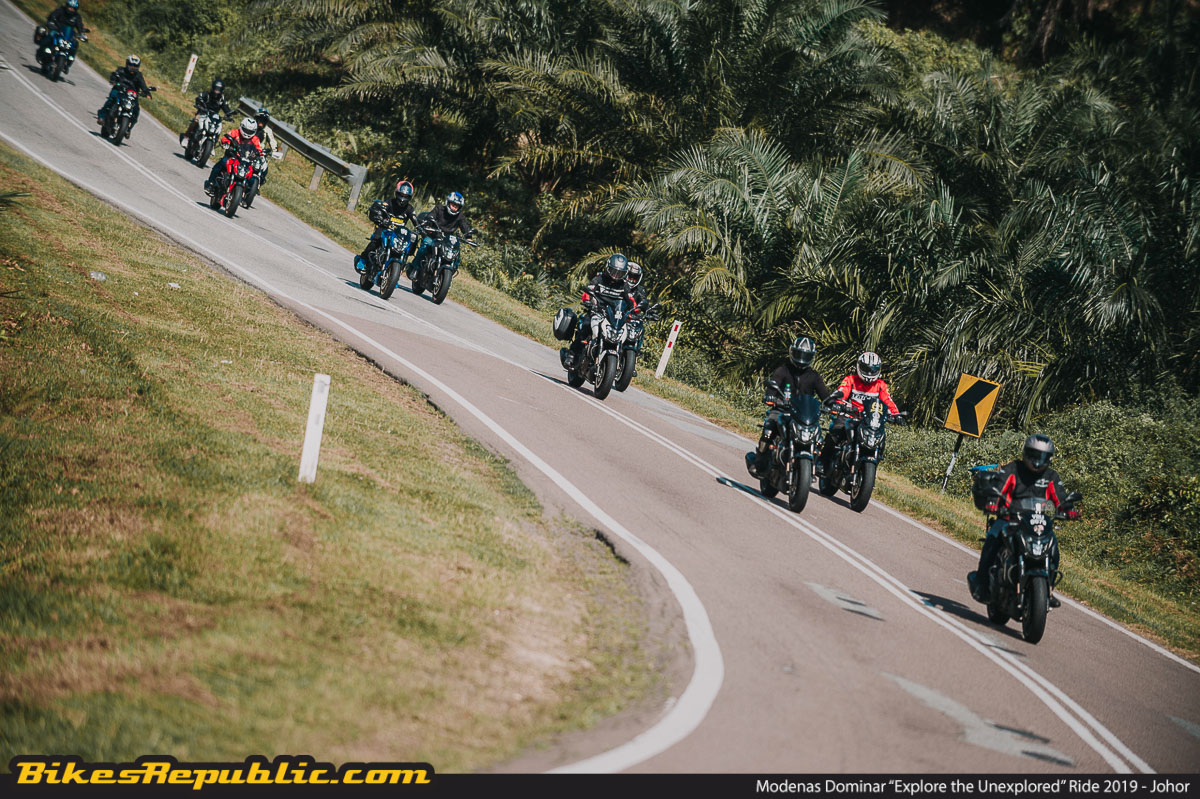 Organised by Modenas as part of the #Motography and #MotographyMalaysia initiatives, the ride seeks out great riding destinations by collecting a huge series of photos and videos taken and submitted by the Modenas Dominar D400 owners themselves. The ride which took place on 12 January 2019 started with breakfast and briefing at the Sayed Bistro in Tebrau before heading off to their first Motography photo stop of the day. 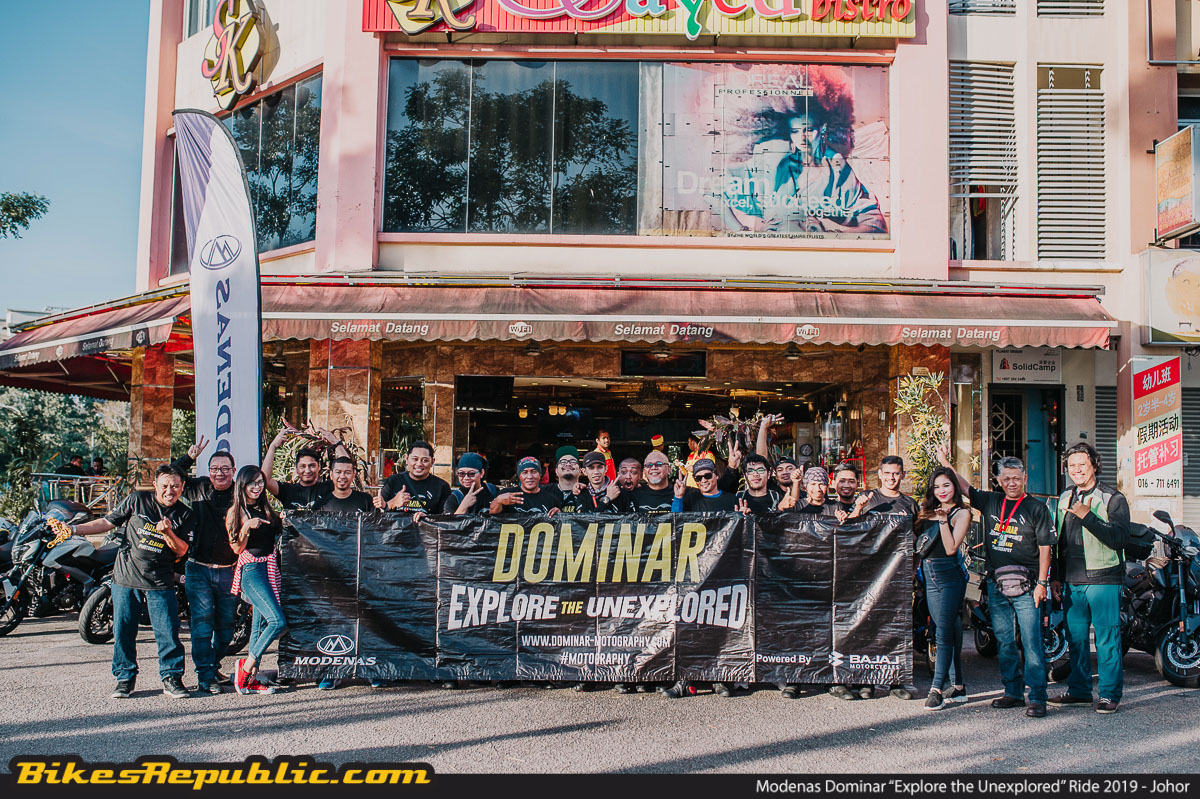 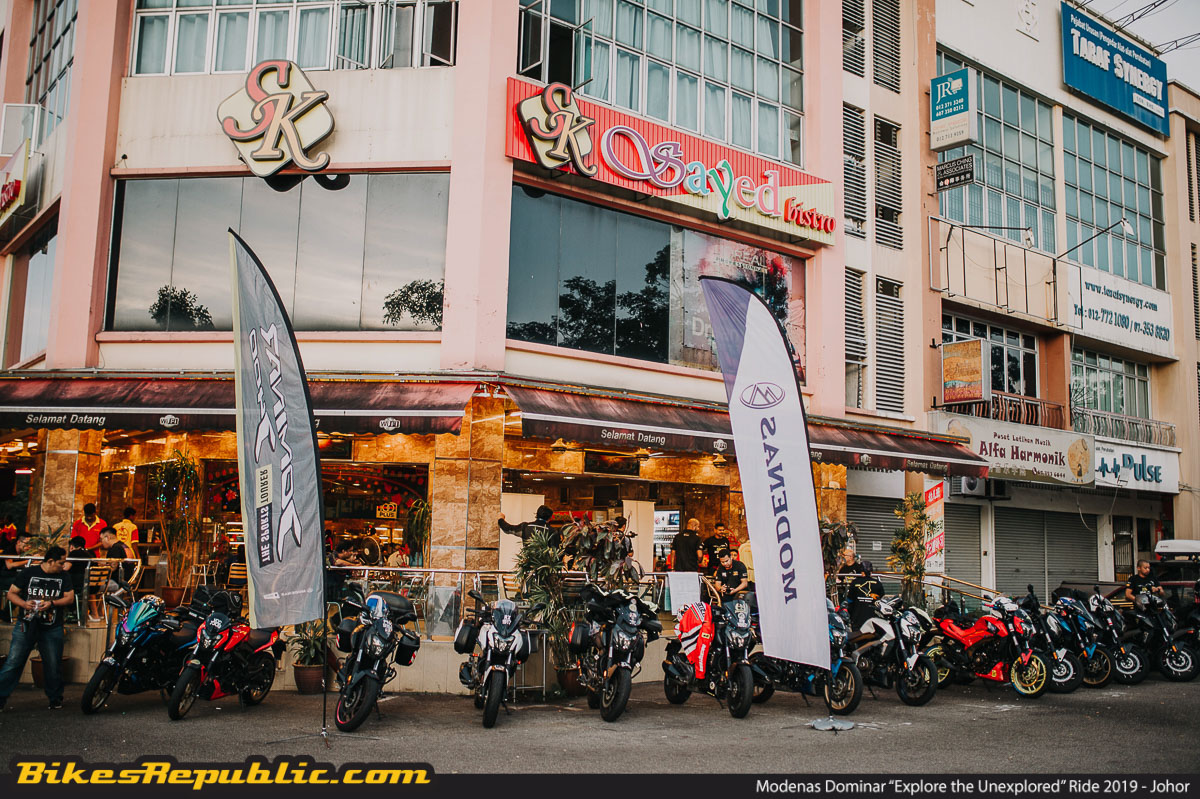 The Tanjung Leman Jetty overlooking the South China Sea gave ample photo opportunities for the riders to get some awesome shots of their beloved machines with the seaside as the background. It was long before the riders got the munchies for some good lunch after basking in the sun and sea breeze. The convoy then made their way to The Port Cafe near the Mersing Jetty. 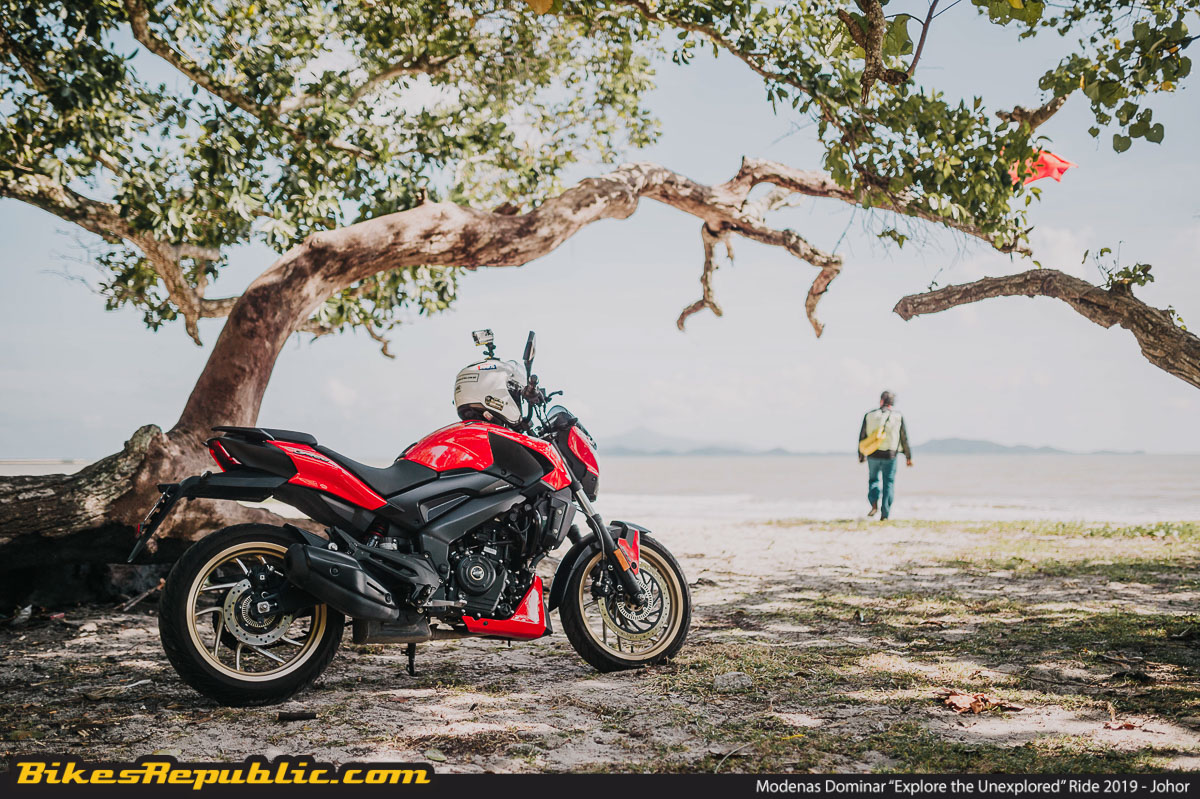 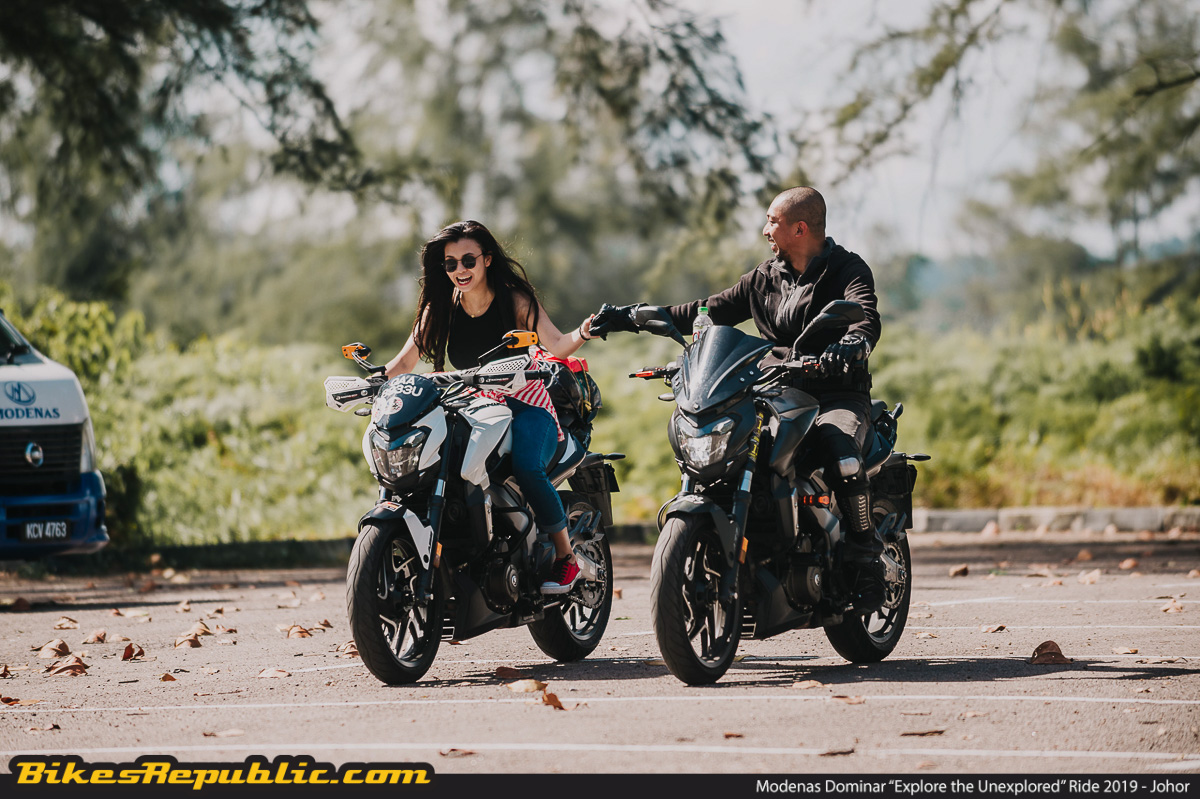 Some activities were planned to make things even more interesting for the fellow Modenas Dominar D400 owners. Riding swiftly through the trunk roads were all fun and exhilarating but riding slow and steady remains a challenge for some but the Modenas Dominar riders took on the challenge head on to see who the actual real champion really was when it comes to top-level motorcycle handling. 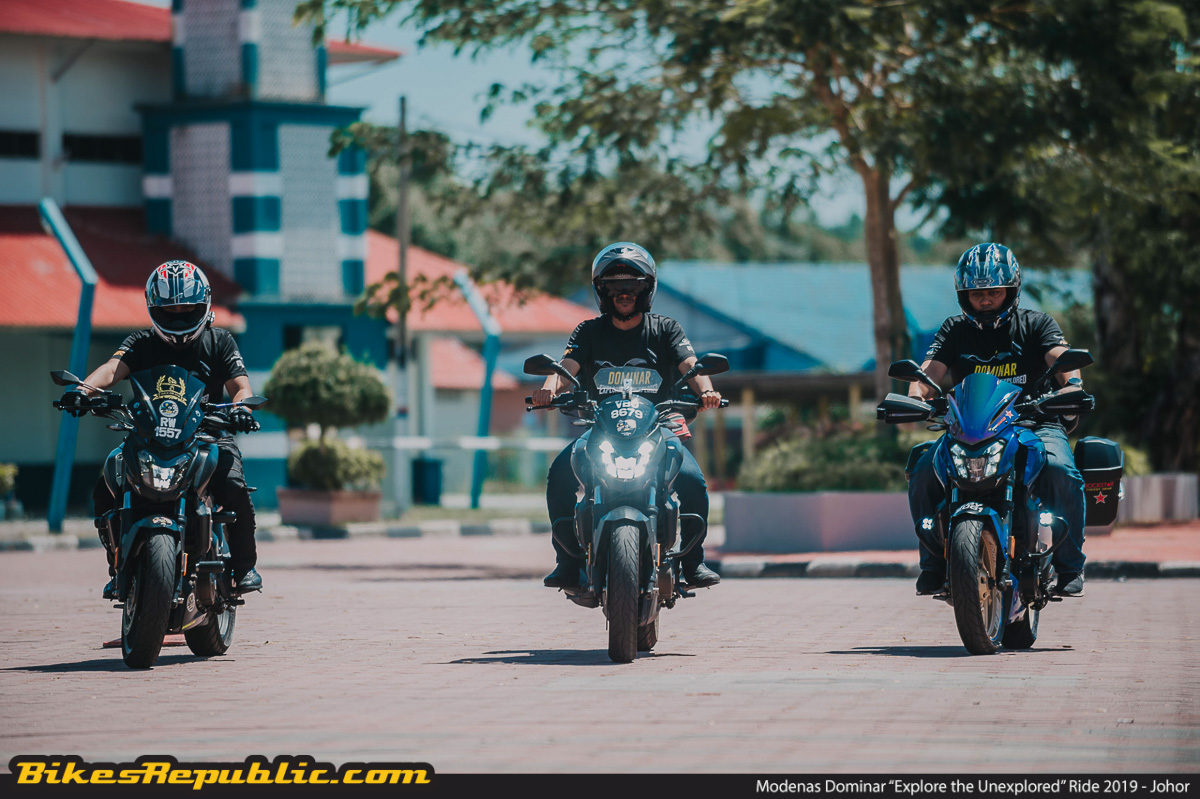 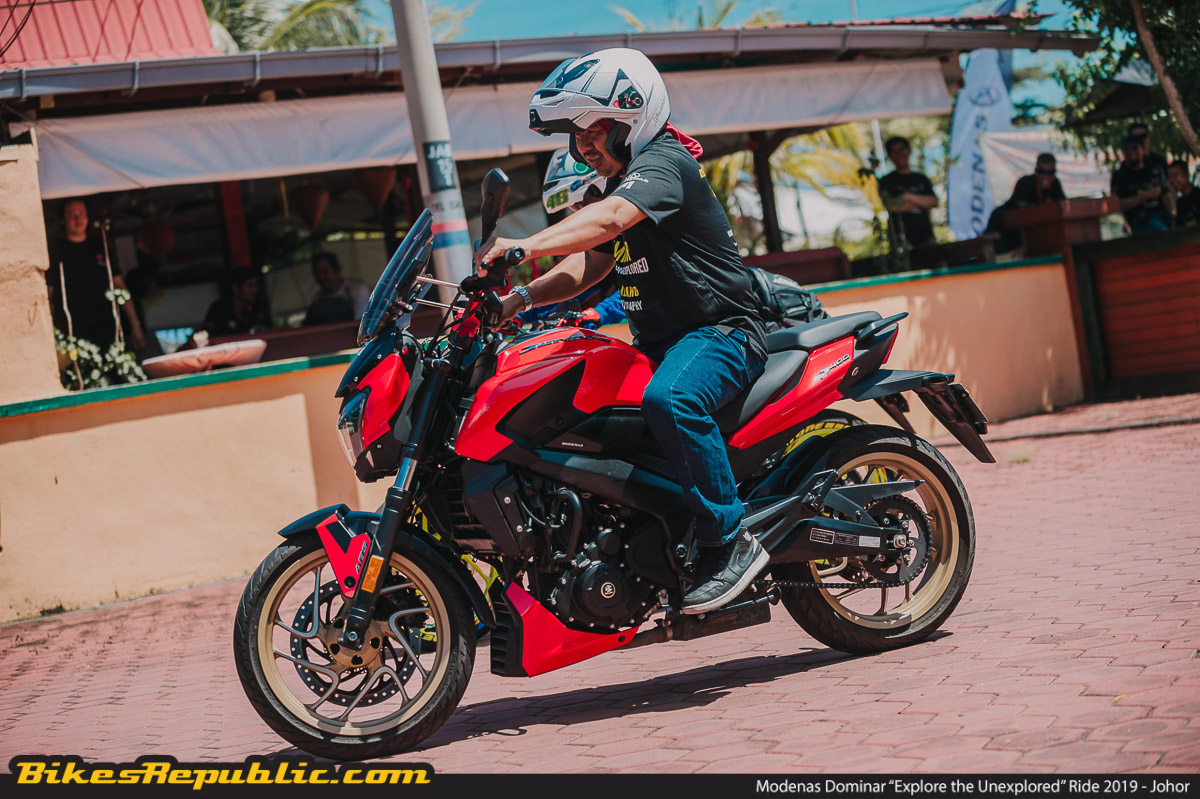 Soon after lunch, the boys made their way to the Mersing Recreational Park just down the road near the seaside for yet another Motography photo pit stop. The crown and sword monument honouring the Johor royal family stood majestically as the riders when around the area in search of the best photo of themselves and their prized machines. 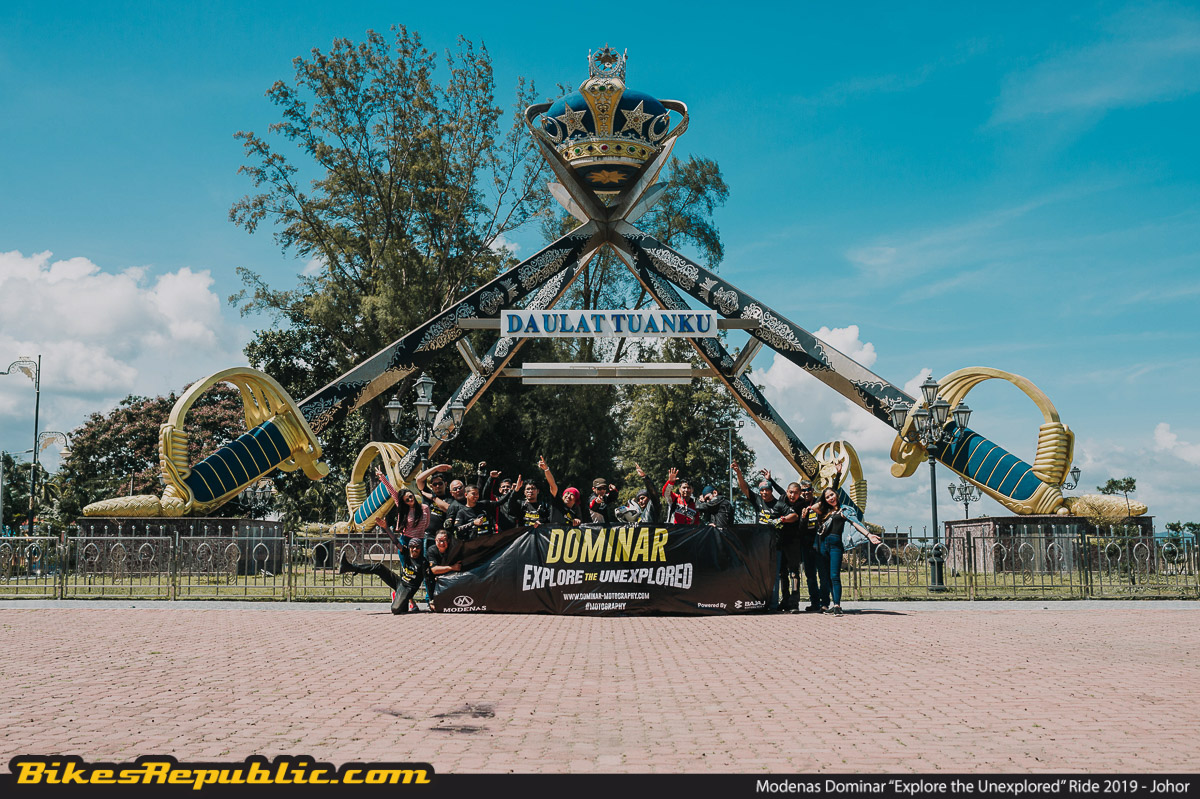 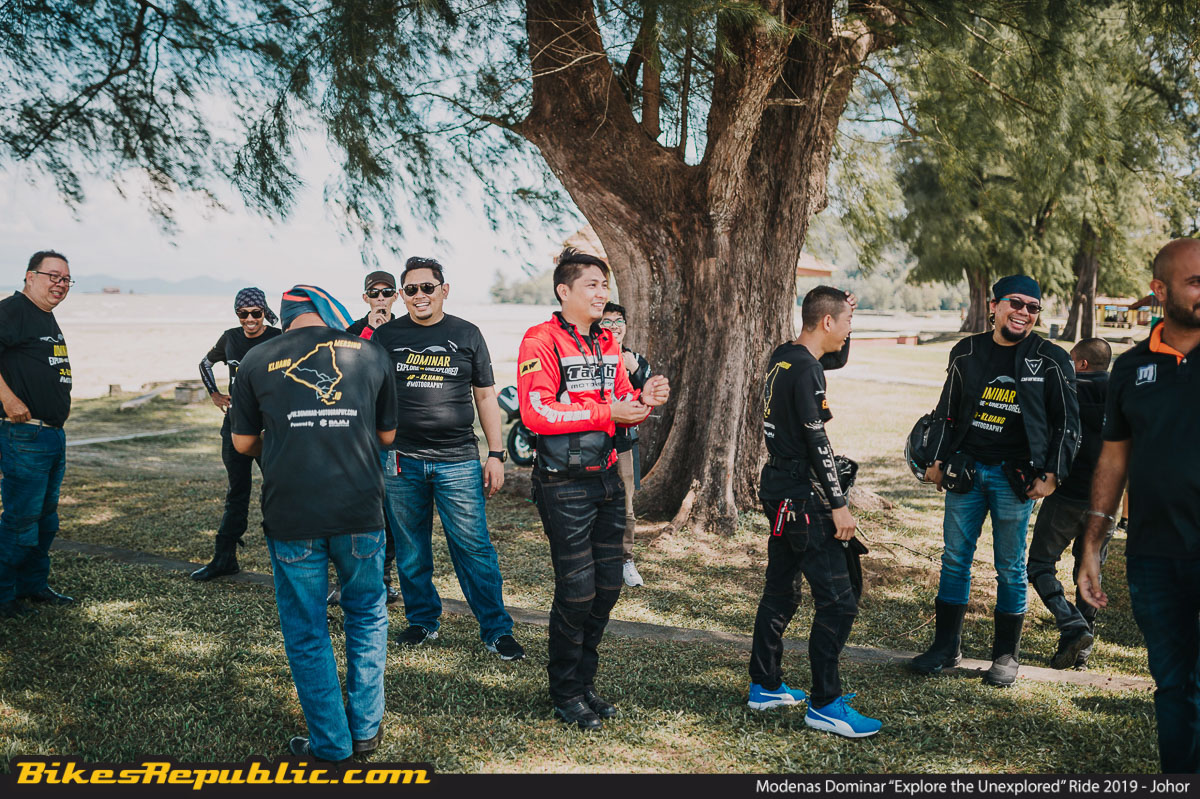 The last stop of the day was none other than the Original Kluang Rail Coffee where fans and enthusiasts vouched with their lives that they have the best coffee in the country. The afternoon TTS session was accompanied with great tea-time snacks from kaya toasts to bun and a selection of light meals that drew an amazing close for everyone. 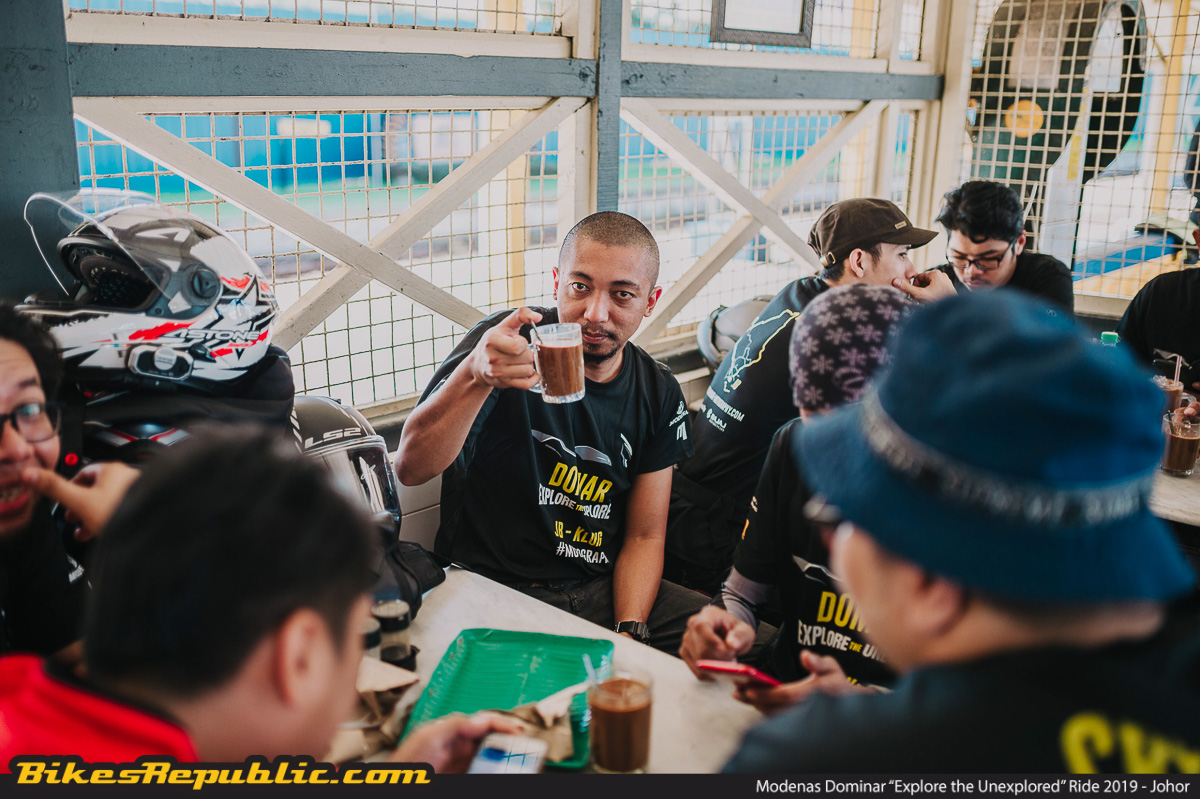 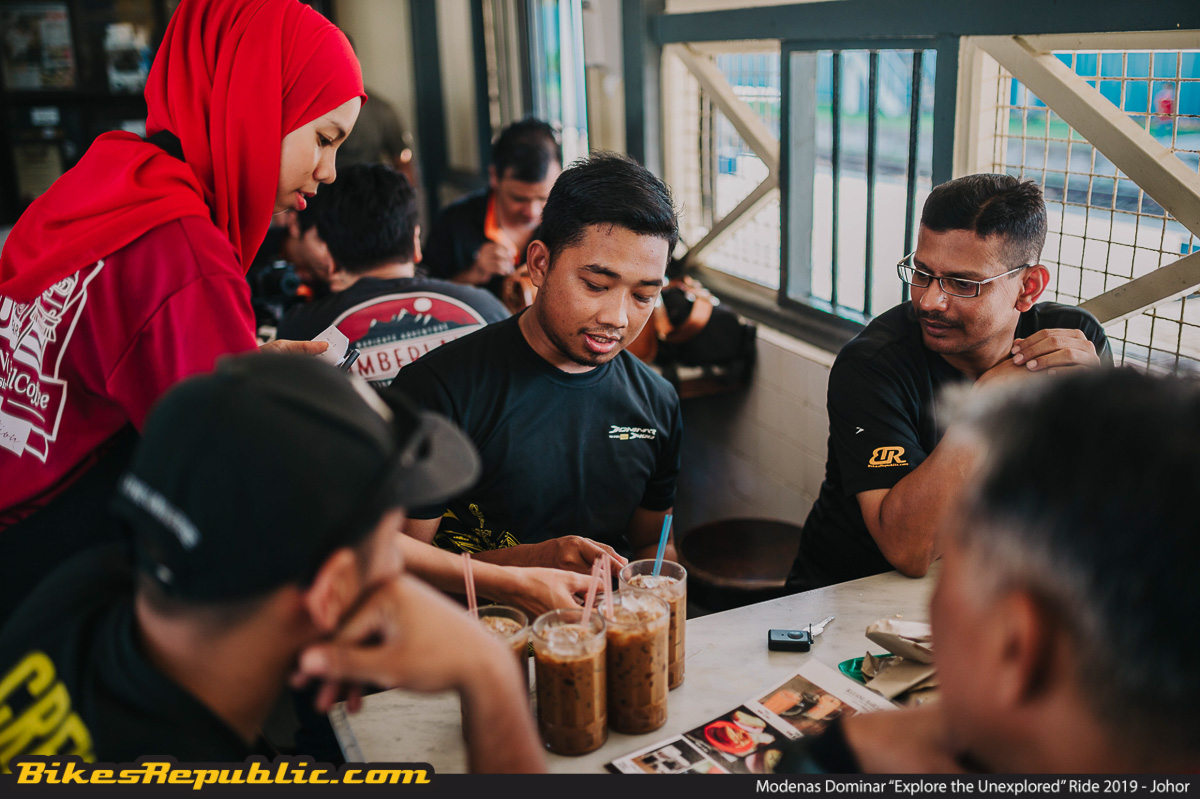 It was yet another successful ride in the Modenas Dominar “Explore the Unexplored” ride series. Be sure to stick around as this won’t be the first and only ride organised by Modenas in 2019. More fun and excitement awaits! For more information, head over to www.facebook.com/DominarMalaysia/ 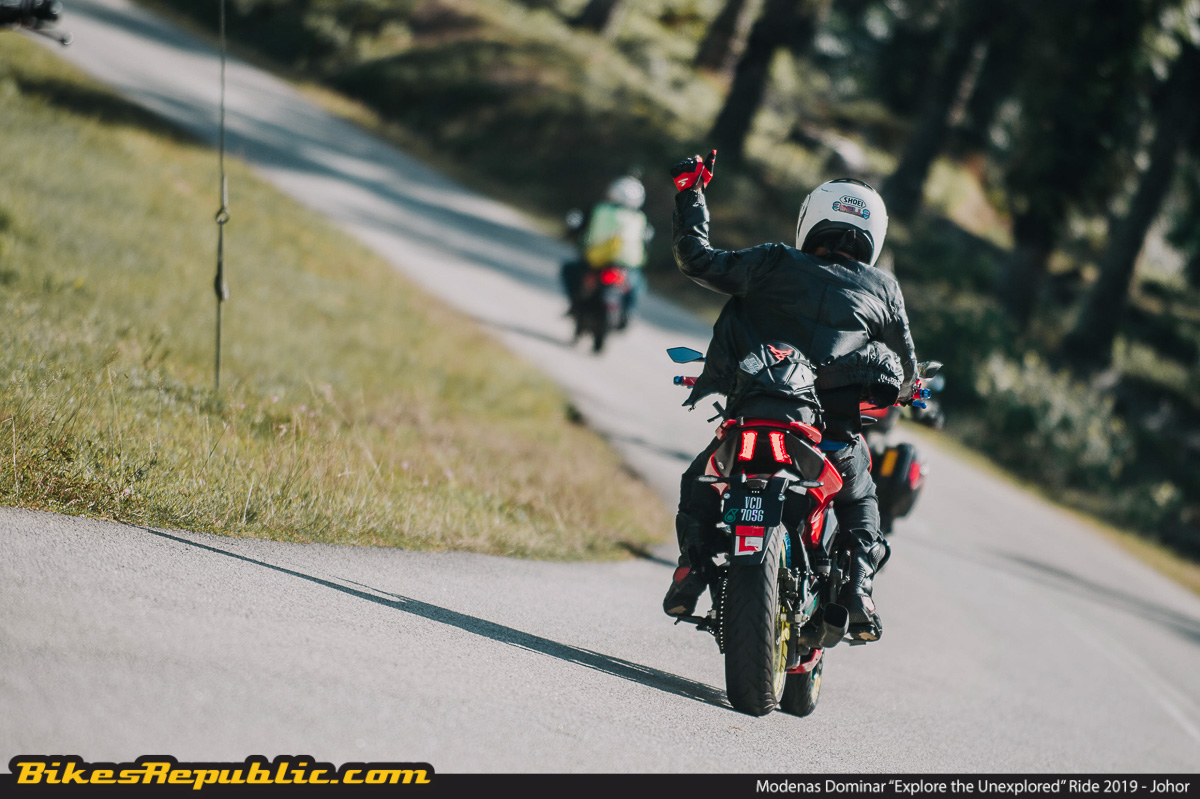