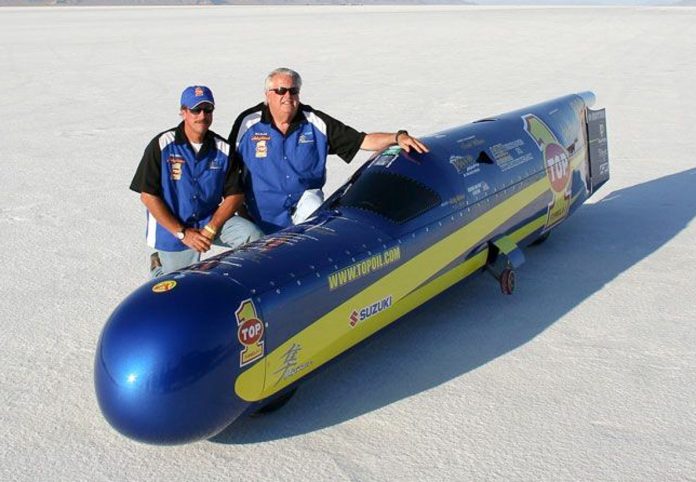 Mike Akatiff together with the support from TOP 1 Oil broke the land speed record for the fastest motorcycle in the world back in 2010 with the TOP 1 ACK ATTACK streamliner.

The twin Suzuki Hayabusa powered machine managed to hit over 376mp/h (605km/h) but this year, the team is planning to break the record again by attempting to go over the 400mp/h mark (643km/h).

Mike Akatiff’s team together with TOP 1 Oil will head over to the Salar de Uyuni salt flats near the Andes Mountains from 3 August to 8 August 2017 to achieve what was once impossible. 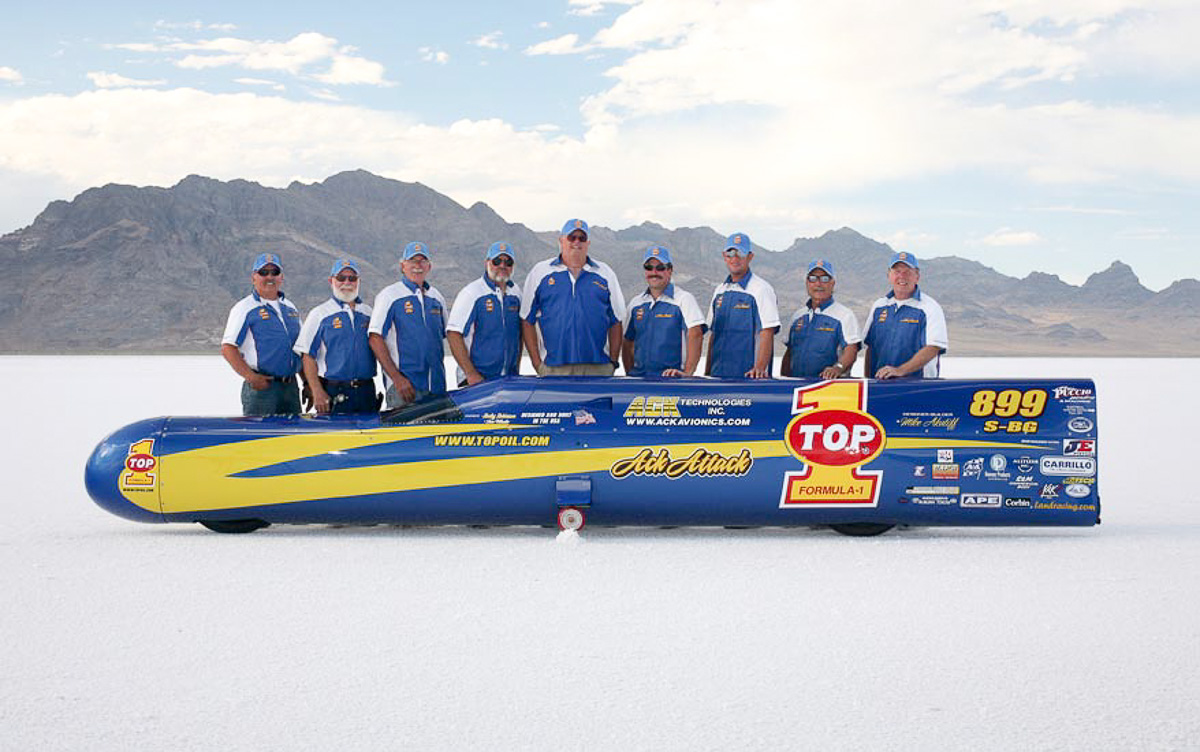 It was back in 2010 when the world witnessed a motorcycle set the land speed record for the fastest motorcycle on the entire planet. The highly modified twin-engine streamliner dubbed the “TOP 1 ACK ATTACK” shocked the entire world when it hit 605.697km/h. The legendary machine’s record still stood the test of times almost a decade. 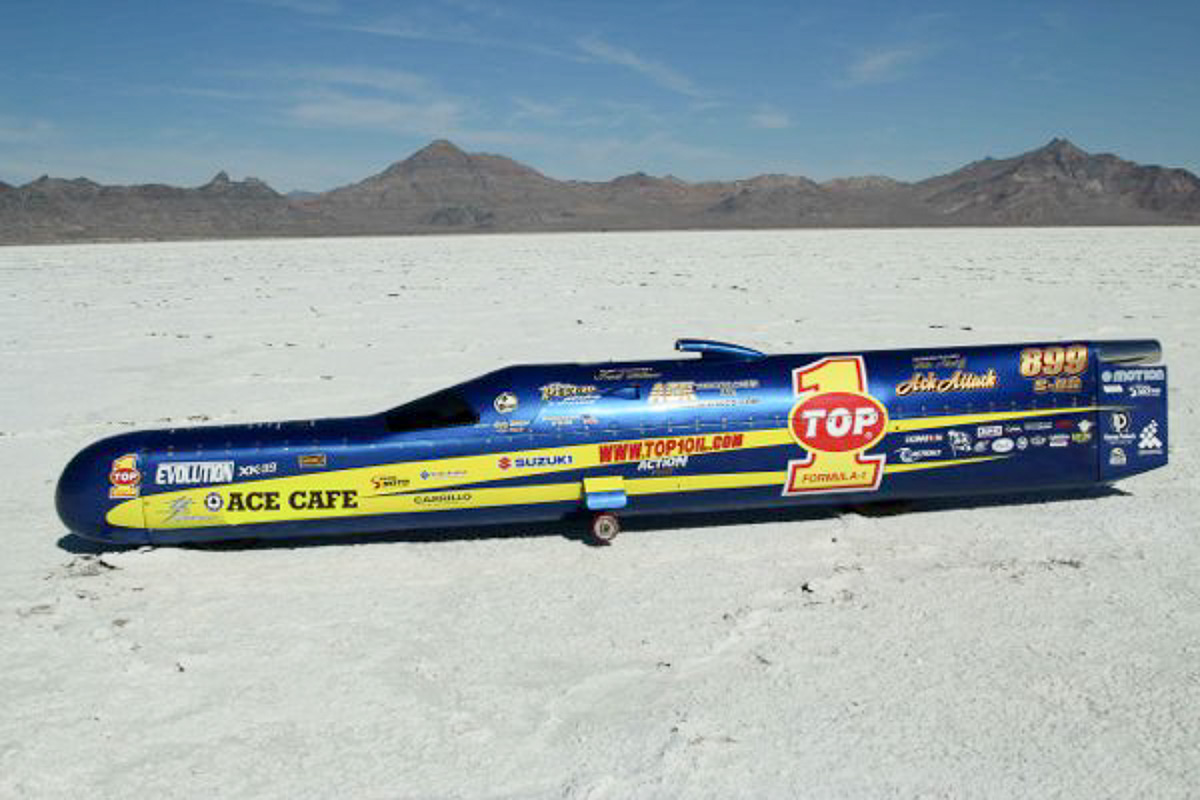 Some people would call it a day and consider this amazing feat one of their greatest achievements of all time but that’s not the master builder of TOP 1 ACK ATTACK, Mike Akatiff, is planning to do. Instead, Akatiff is forgoing his retirement plans and plans to go out and achieve 400mp/h (644km/h) for 3 August 2017 to 8 August 2017 over at the Salar de Uyuni salt flats near the Andes Mountains. 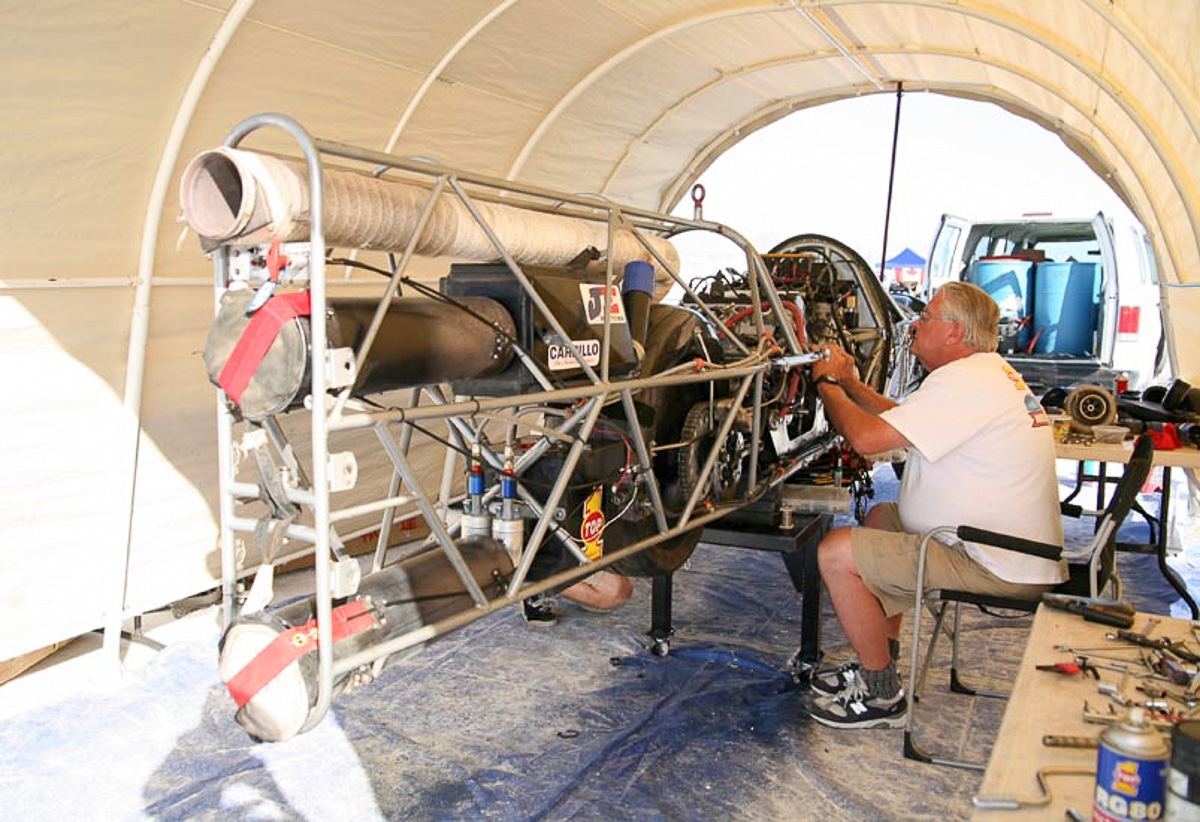 Mike Akatiff who is a former motorcycle racer and avionics expert specifically stated that he’ll never retire until the day he takes his last breath. Akatiff has been on a quest to build the fastest motorcycles on the face of the Earth ever since the year 2000 and the goal and theory of breaking the 400mph barrier is something that he’s planning to achieve this coming month. 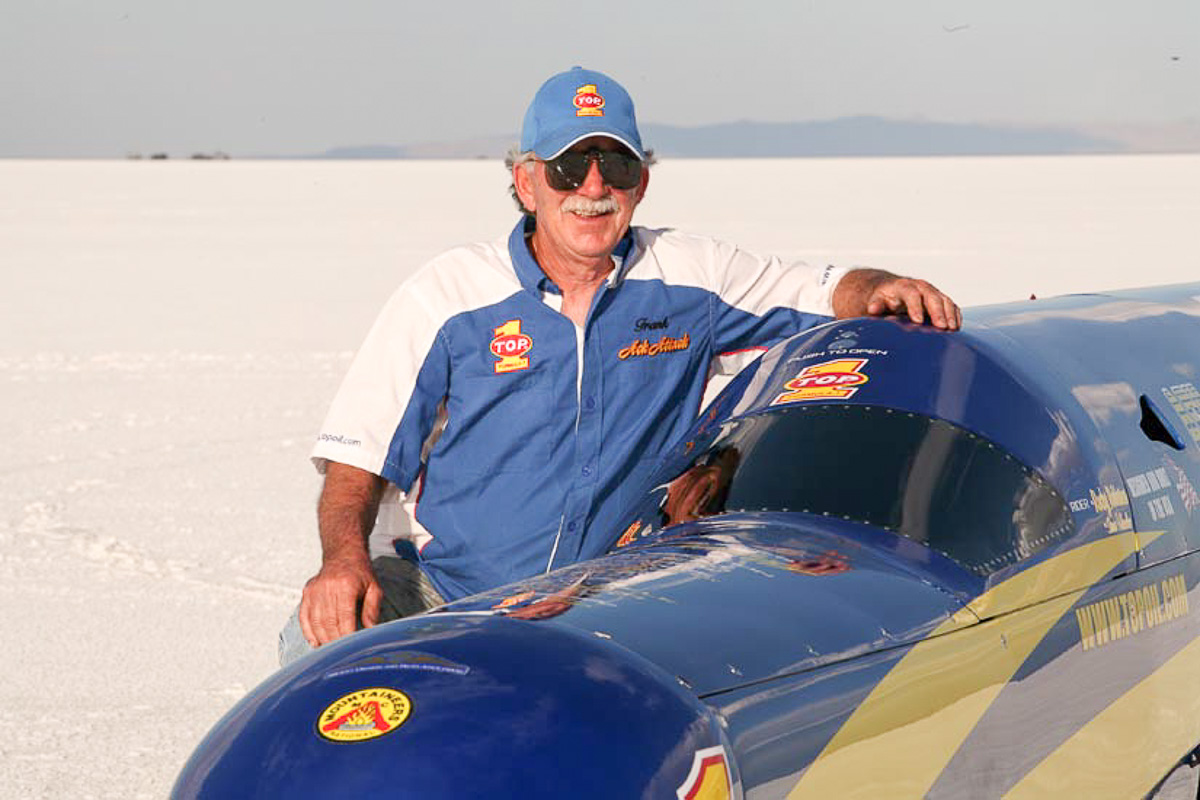 “We touched 400 mph, but it doesn’t mean anything because it’s not officially recorded… we had onboard equipment that showed about 402.6 when we set the record.”

It was back in 3 September 2009 when the whole team went out to the Bonneville Salt Flats to break the land speed record. Together with TOP 1 Oil, the TOP 1 ACK ATTACK managed to break the record at the time when their pilot Rocky Robinson took the twin Suzuki Hayabusa engine powered 20-foot long streamliner to an average speed of 342.797mp/h (551.678km/h); a good 20mph faster than the previous record which has stood for over 16 years!

Although they were the first to break the 16-year record, it was short-lived when the BUB Lucky 7 streamliner broke their record-setting pace by going 350.884mp/h (564.693km/h). They set out to do the same thing again the following year but bad luck struck them when Rocky Robinson crashed the TOP 1 ACK ATTACK at over 300mp/h (482km/h).

The bad luck continued over to 2008 when the team struggled with a few problems concerning handling but they did managed to hit 360mp/h (579km/h). It was again short-lived due to another team breaking their record at 367mp/h (590km/h) the very next day. 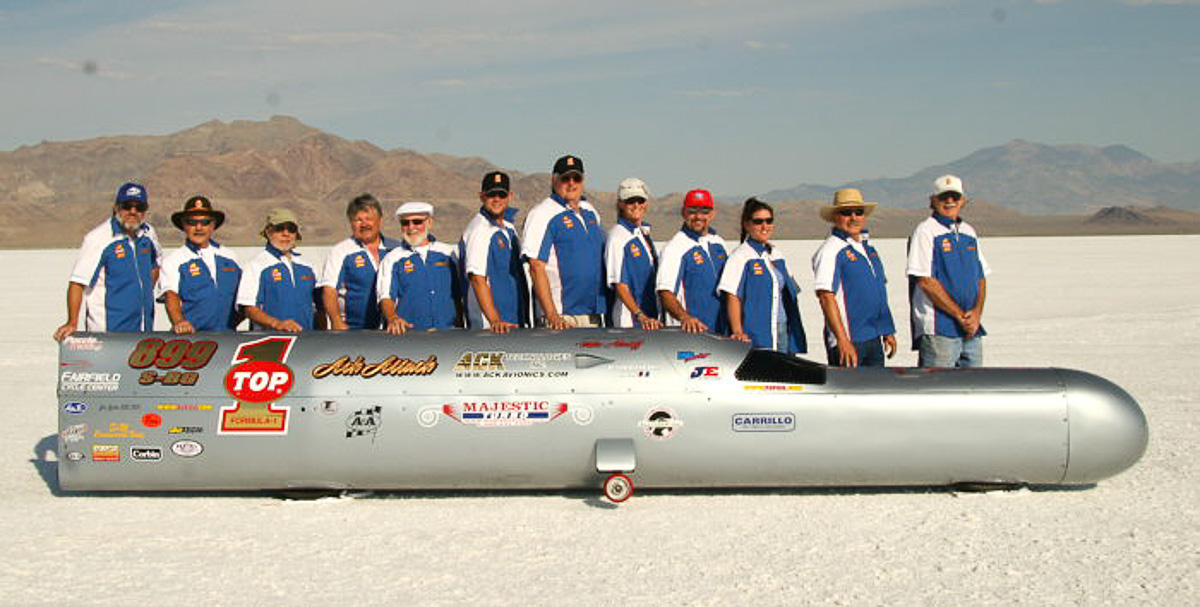 Being the master builder together with a dedicated team and support from TOP 1 Oil, they further enhanced the TOP 1 ACK ATTACK before taking it out to the salt flats again in 2010.  “We wanted to take it to the dynamometer just to make sure the bike was running right. We thought what would be one day on the dyno became almost three weeks of thrashing the bike.”

“We had some of the best people on it, but we couldn’t make the bike run cleanly.” Still not satisfied, the team ran out of time and headed to Bonneville. “It was just one challenge after another out there! First thing we ran into was the bike wouldn’t go straight. It wanted to turn left no matter what we did. Rocky would have to lean it to the right to try to keep it going straight.”

They managed to figure out that the biggest change to the bike was the rear tyre. Not wanting to give up the fight and wait for another year, Mike flew back to San Jose that very night, took the old tyre and flew back to Bonneville which solved the bike’s handling problems. 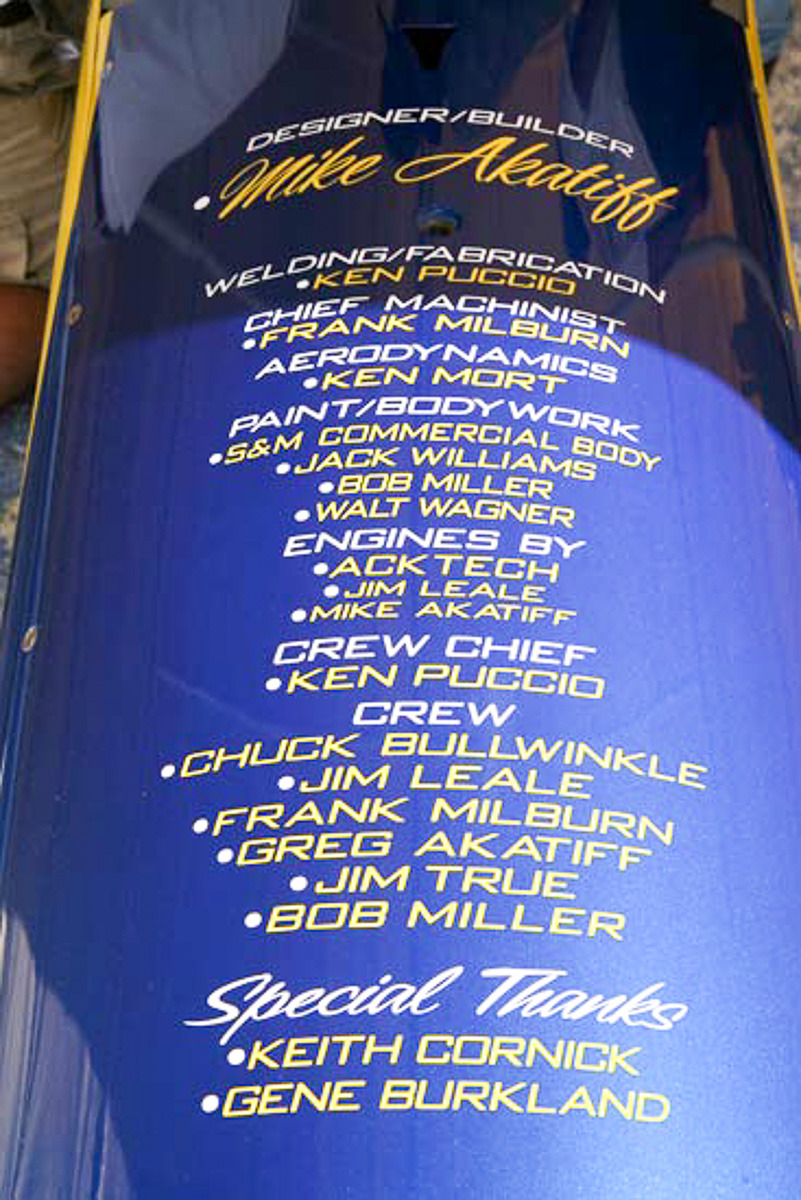 Although the bike’s handling has been improved, the streamliner wouldn’t shift into low gear which led the team to go into an all-nighter to swap the front engine. That effort alone took 24 hours straight. They still faced gear changing issues especially in higher gears but the idea to put it in the highest gear which led to the legendary land speed record that have stood the test of time. 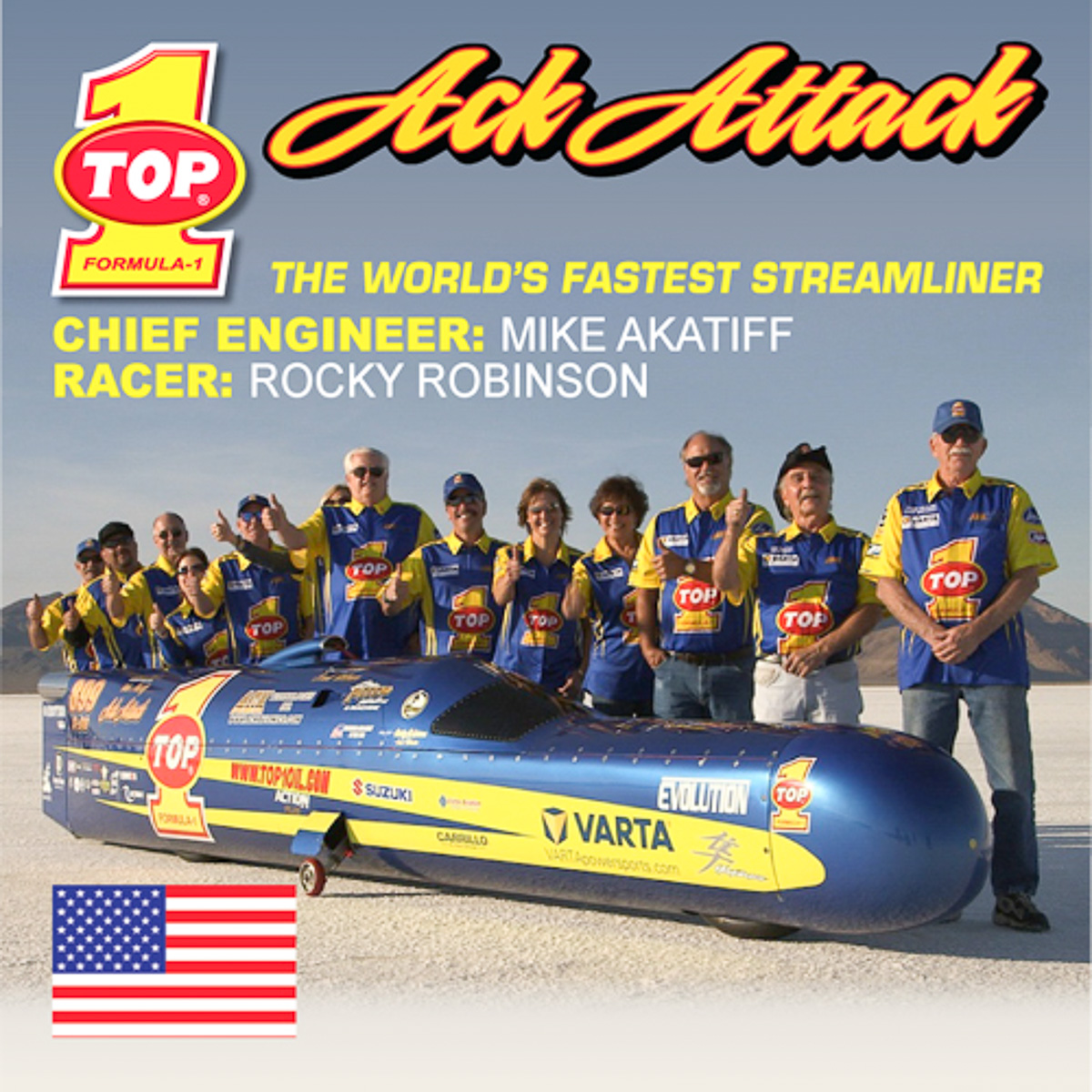 On the very last day, the TOP 1 ACK ATTACK broke the record and finally Mike Akatiff achieved his life-long goal. The record couldn’t have been done with all the help and support from TOP 1 Oil. This year, both are teaming up once again to head over to Bolivia in August to break their personal best record by breaking the 400mp/h barrier for the very first time attempted by anyone.

“TOP 1 Oil offered their support before we ever went out to Bonneville or broke any records,” says Mike. “Since then, they’ve been a tremendous sponsor through all of our record-breaking runs. I would not have taken the ACK ATTACK as far as I have without them. I can’t say enough about the Ryan family and the other TOP 1 Oil guys.” 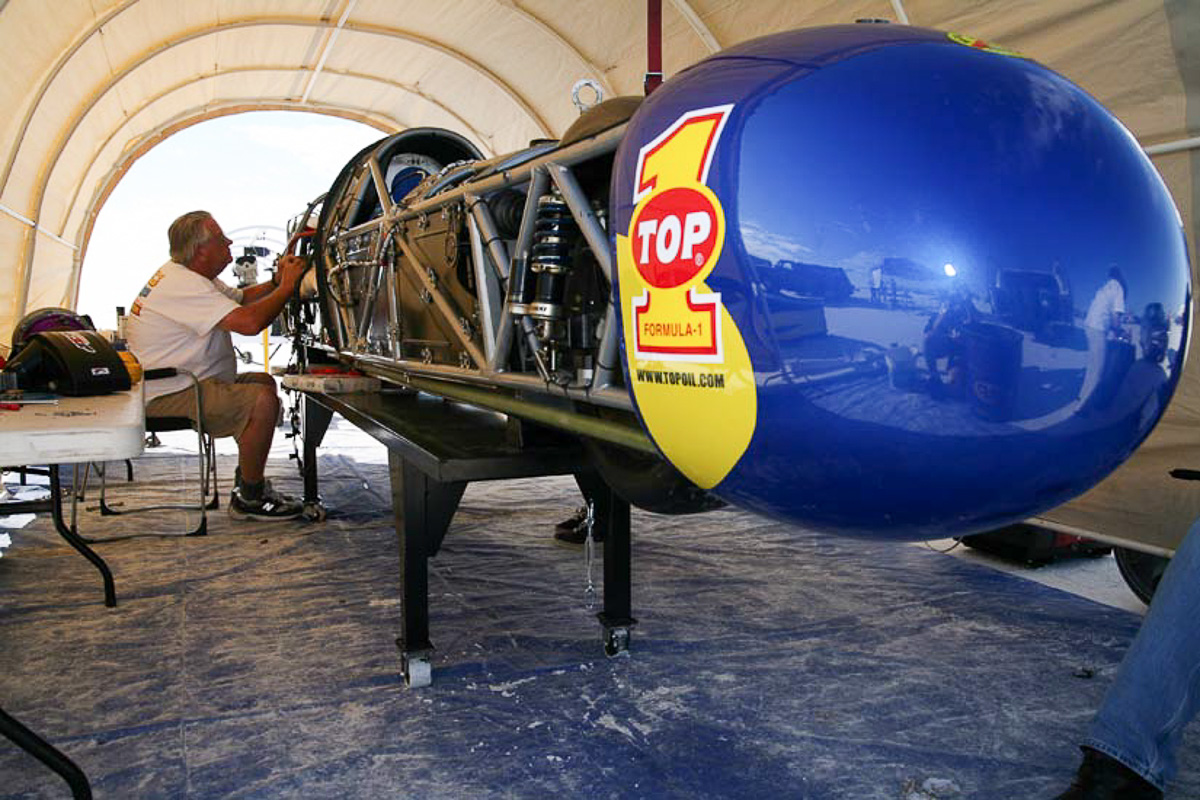 “The funny thing is that Mike didn’t want our sponsorship in the beginning,” chuckles TOP 1 VP of Sales & Marketing Frank Ryan. “He could do it all on his own and saw sponsorship as being more trouble than it was worth. But once he started using the products, he came around. We share a bond based on trust, a passion for superior quality… and like Mike, we don’t like to be told something can’t be done!”

To know more about TOP 1 Oil in Malaysia, CLICK HERE.