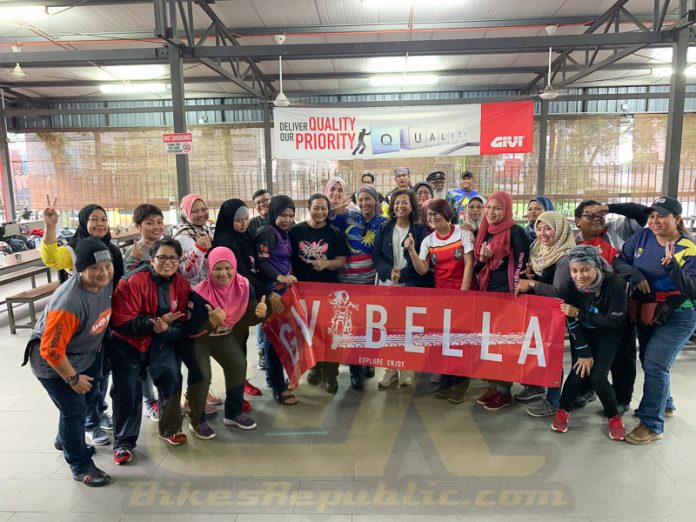 Famed Malaysian globetrotter and explorer Anita Yusof will begin her Global Dream Ride 2 (GDR2) in a few days’ time. Also known as the Malaysian Iron Lady, Anita will cover 70 countries over 7 continents this time around, as a continuation of her first GDR three years ago. 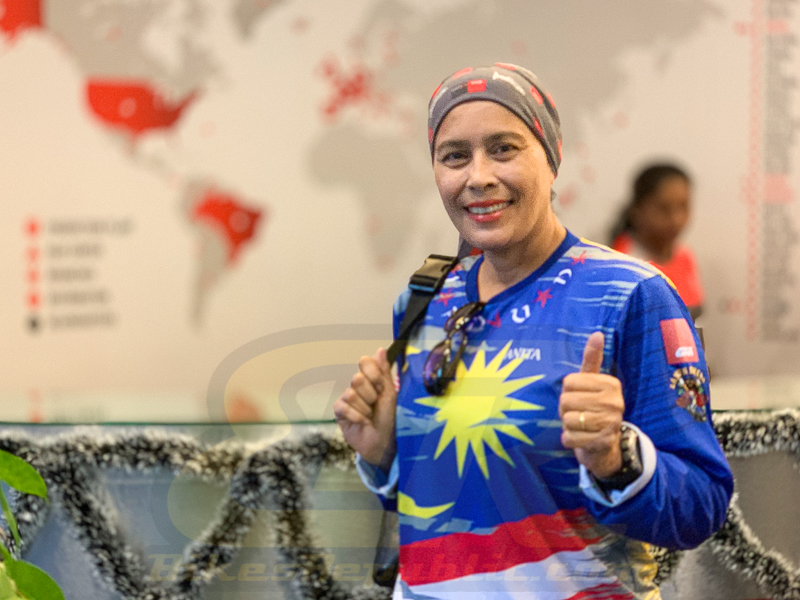 She was given a grand send off last Sunday from GIVI Asia Sdn. Bhd’s headquarters in Bukit Beruntung. Datin Seri Paduka Marina Mahatir was present to express her admiration for Anita and wished the brave explorer a safe trip. 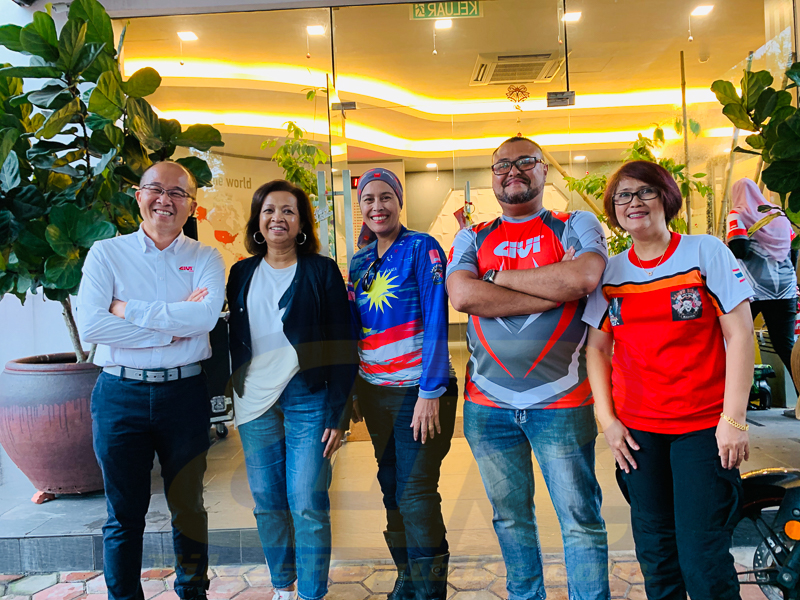 Also present was the GIVI staff headed by Managing Director Mr. On Hai Swee. GIVI is proud and happy to work with Anita as their Brand Ambassador as she embodies the company’s spirit of exploration. We would like to add that some of the products you and I use were tested by Anita during GDR1 and again in GDR2. 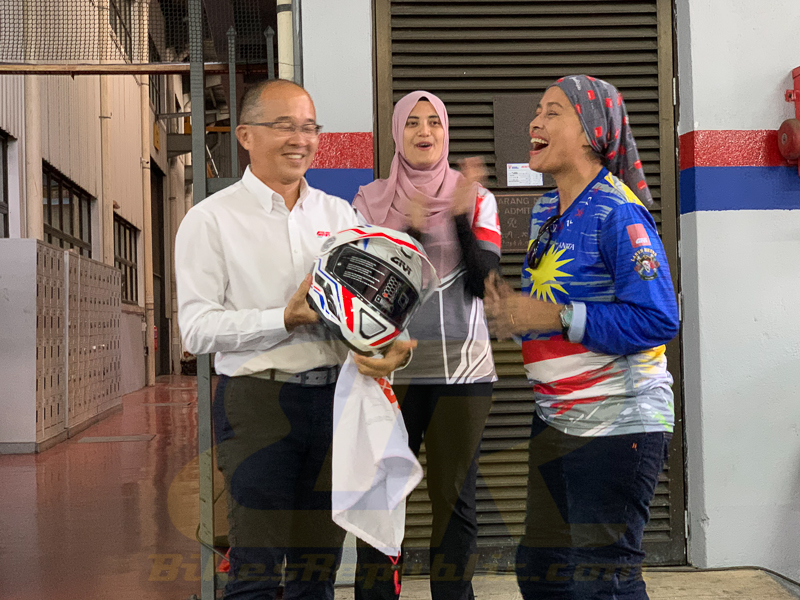 Bike groups such as GIVI BELLA lady riders and Lanun Bikers then escorted her to the Kuala Lumpur International Airport. 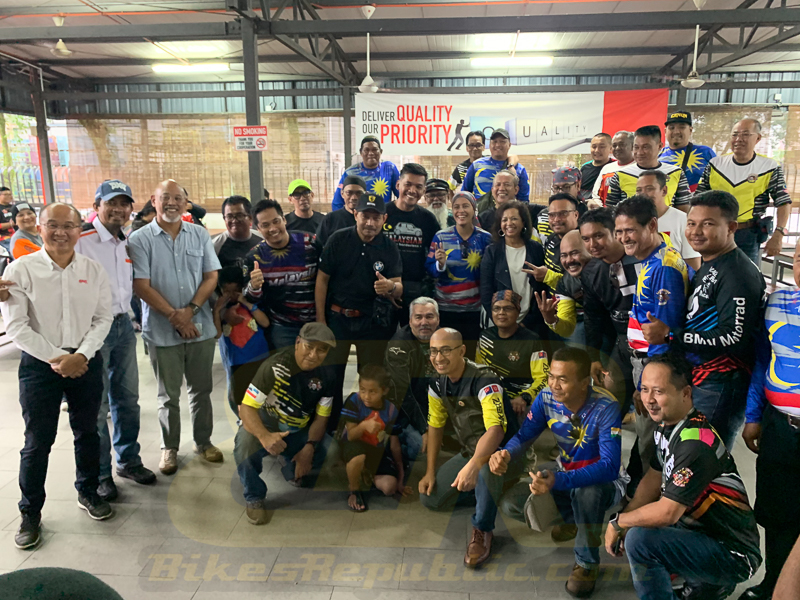 As of this writing, Anita told us that she’s currently in Cape Town, South Africa. She’s been reunited with her Yamaha FZ150i and getting it back to running condition after a year of hibernation. GDR2 will get rolling in a few days after she’s sorted out the necessary documents with the South African authorities. 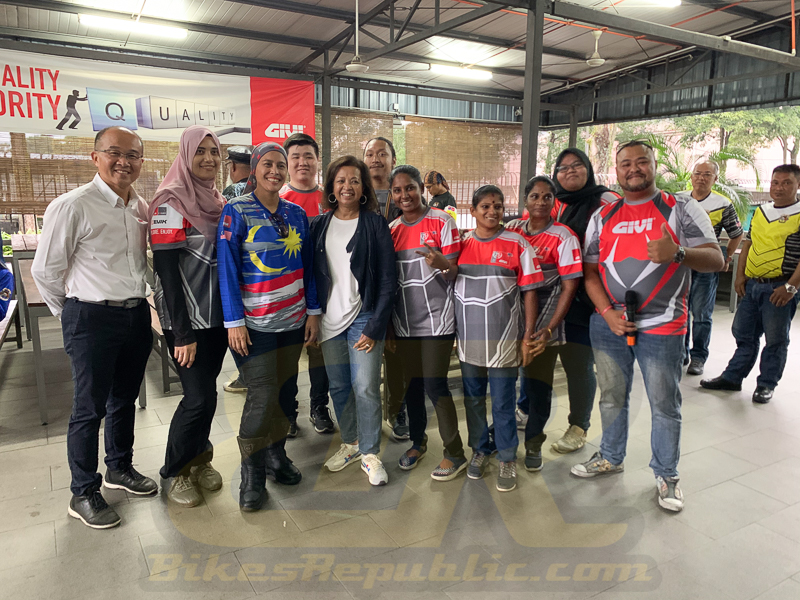 Actually, Anita is about to embark on Phase 2 of her GDR2 tour, since she had covered Phase 1 last year when she rode around South Africa then to Namibia, Botswana, Zimbabwe, Zambia and Lesotho. 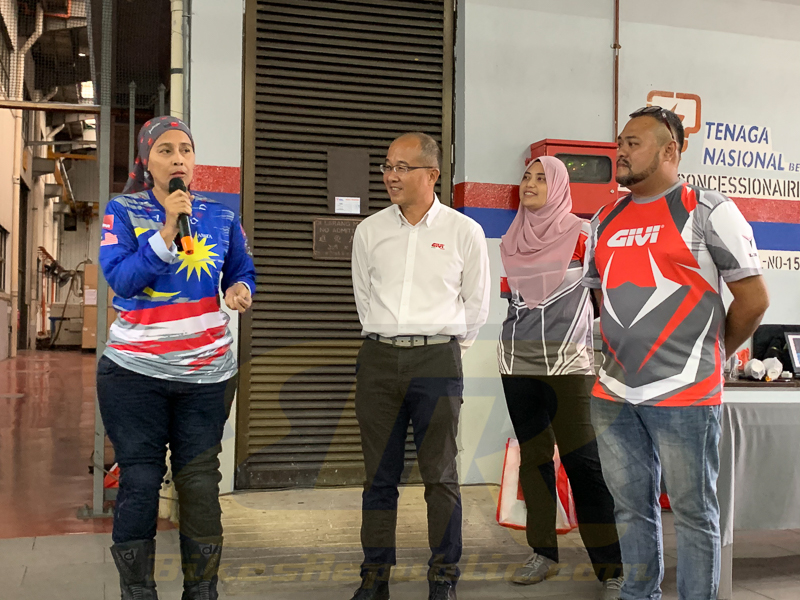 For Phase 2, she will travel from the south (Cape Town) to the north (Cario, Egypt) of the African continent.

Phase 3 will see her crossing over to the Arabian Peninsula to ride through Saudi Arabia, United Arab Emirates, Iran, Azerbajian, Georgia and Armenia.

Anita will then turn north toward Eastern Europe, the Scandinavians and Nordkapp in Phase 4. There, she will have to stop riding for 3 months during winter and plans to “hibernate” in her friend’s house in Macedonia.

She will continue riding after winter and head west to Central Europe, the United Kingdom and Ireland in Phase 5.

Phase 8 is allocated to South America and the Antartica.

From there, she will cross the Indian Ocean to Australia to being Phase 9.

The final Phase 10 will take place in Timor Leste and Indonesia before she heads home to Malaysia. 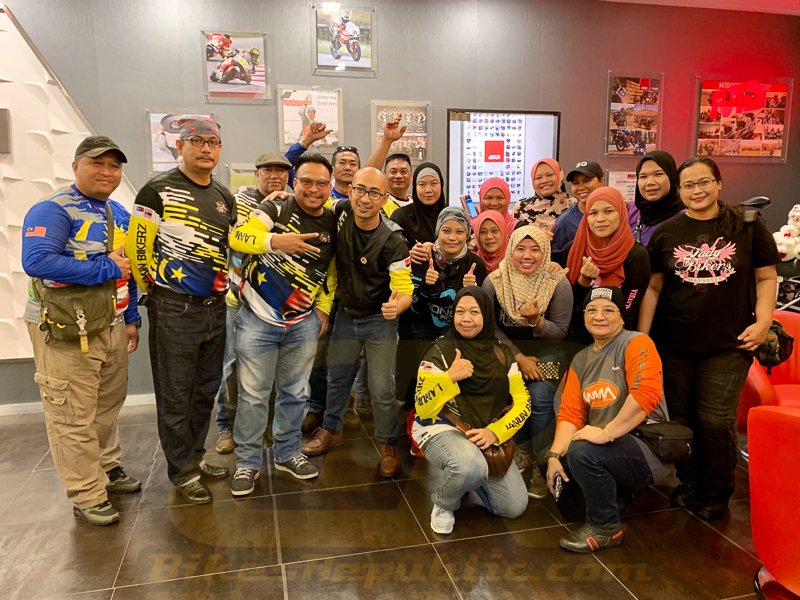 Anita added that she funds this trip herself and doesn’t see the reason why she needs to use the rakyat’s money for such a purpose. GIVI supplies the riding and adventure gear, while Yamaha sponsored her bike.

We hope to bring you constant updates of her ride from time to time. You may also follow her on her Facebook page >>> HERE <<<.

We wish Anita all the best during her ride.