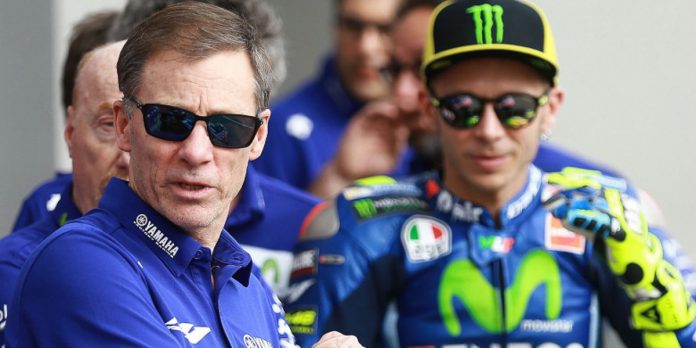 The Monster Energy Yamaha MotoGP outfit boss Lin Jarvis dropped the bombshell during an interview with Motorsport.com. According to him, Valentino Rossi does not represent Yamaha’s future.

Rossi’s contract with the factory team ends in 2020. While Rossi is still very much revered by his fans and grudgingly respected by some of his peers, 2019 has proven to be the lowest point in his career. He had collected only 8 points from the last four races, with 3 non-finishes. He is currently behind his teammate Maverick Vinalez in the championship standings.

On the other hand, rookie sensation and satellite Yamaha rider Fabio Quartararo has exceeded everyone’s expectations.

Jarvis said that Rossi had given Yamaha four championships in 2004, 2005, 2008 and 2009 before switching to Ducati in 2009. That had complicated things upon his return to Yamaha.

“He (Rossi) is now in a different stage in his life and career. With all due respect, I feel that Rossi does not represent Yamaha’s future in MotoGP,” said Jarvis.

However, the team boss was quick to add that the option is open for Rossi to continue from 2021 onwards. The decision will made after bilateral discussions.

At the moment, the 10thtitle still eludes Rossi.