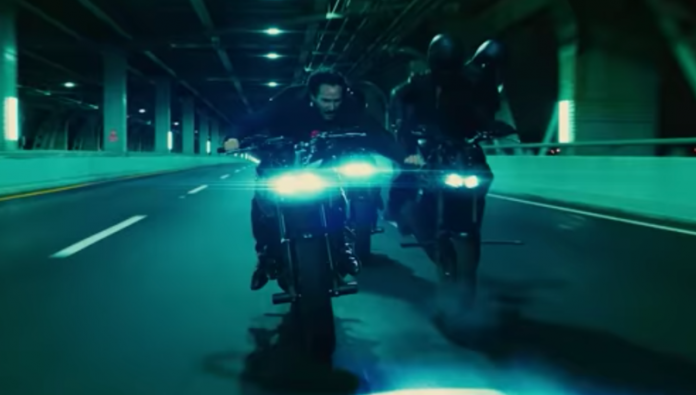 “All this because for what? Because of a puppy?” The latest and perhaps the conclusion of the hitman’s journey, John Wick Chapter 3 – Parabellumis just two months away from premiering.

Following him being branded as “excommunicado” status, it is now open season on John Wick’s head. He’s therefore a renegade and hunted down by scores of other professional hitmen. Cue another spectacular, stylish and violent episode.

The latest trailer shows him having a close quarter knife fight in a gallery of stabbing and slashing weapons, shootouts, hand-to-hand combat and all other ways of bring the hurt. He even uttered a famous line from another Keanu Reeves’ movie The Matrix– “Guns. Lots of guns.”

However, the climax of the 2 minute, 36 second video has to be that shooting and slashing with katanas riding on Yamaha MT-09s. Too bad a pencil wasn’t involved.

But what’s a protagonist without sidekicks. He’s got a new dog and allies including in a character played by the delicious Helle Berry.

*By the way, “parabellum” means a 9mm cartridge (bullet).