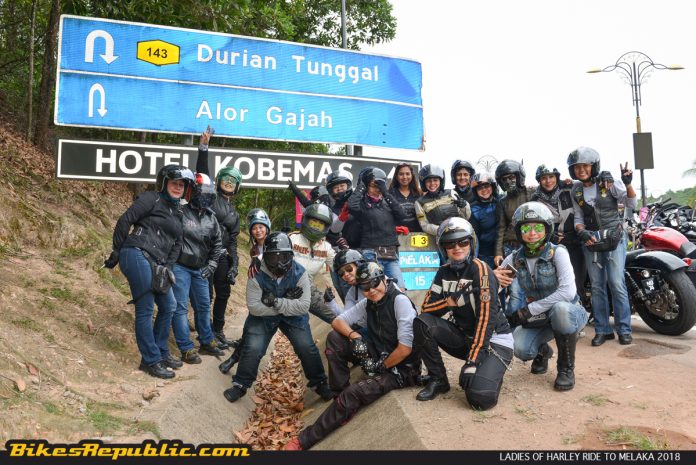 While it always feels good to see a fellow biker on the road, it’s undeniably better to see one of the fairer gender, “Not as a pillion, but riding her own bike, instead.” That was what Mariana Mohamad, ex-national cyclist said while awaiting the flag-off of the Ladies of Harley Malaysia’s 2018 ride to the historic city of Melaka.

The ride was historically historic as well, since it marked the first time the ladies began their ride from the new Harley-Davidson of Petaling Jaya. 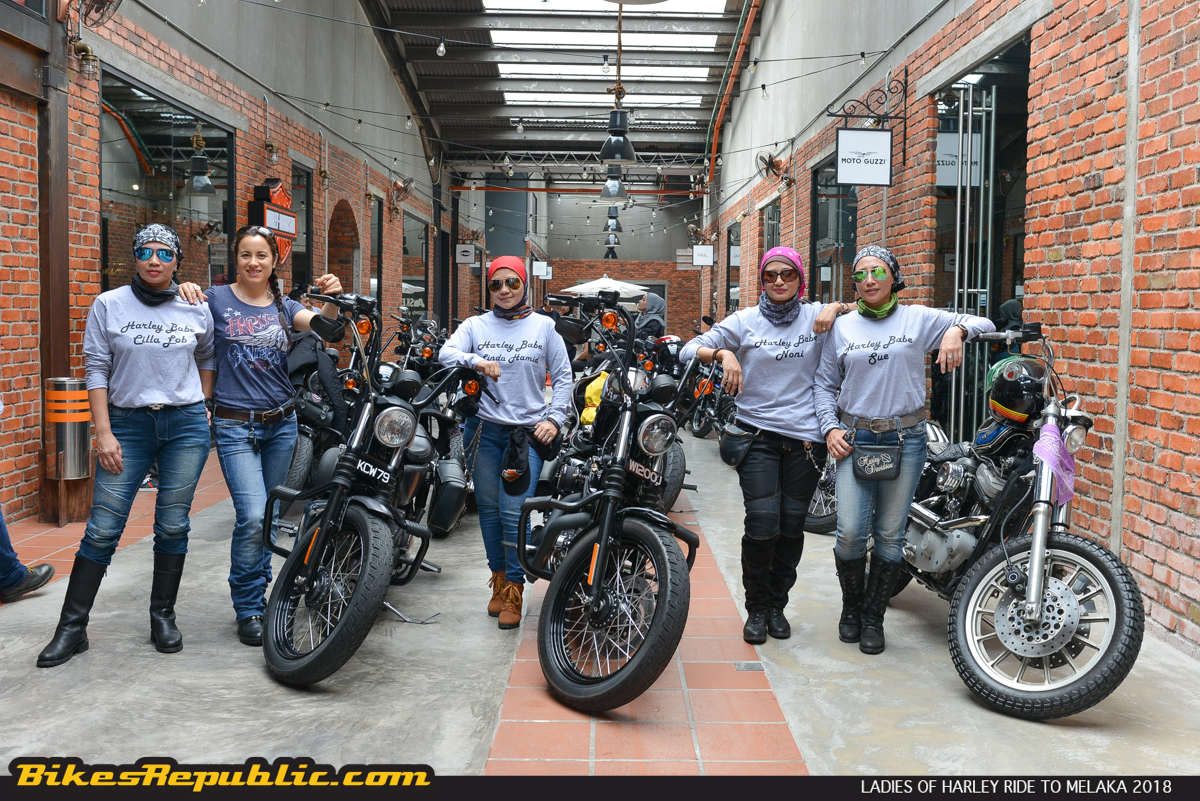 The 20-odd ladies had gathered at the dealership from early morning, for some light breakfast and catching up. Everyone was smiling and laughing, the air was thick with cheerfulness and anticipation. Among them were Mariana Mohamad, the aforementioned ex-national cyclist and, singer and actress, Fauziah Latiff. Also present were Nor Cilla Omar and Sura (Sue) Rahman who were the Champion and First Runner Up, respectively at the recent Inaugural Bikers Invitational Golf Charity Classics 2018. 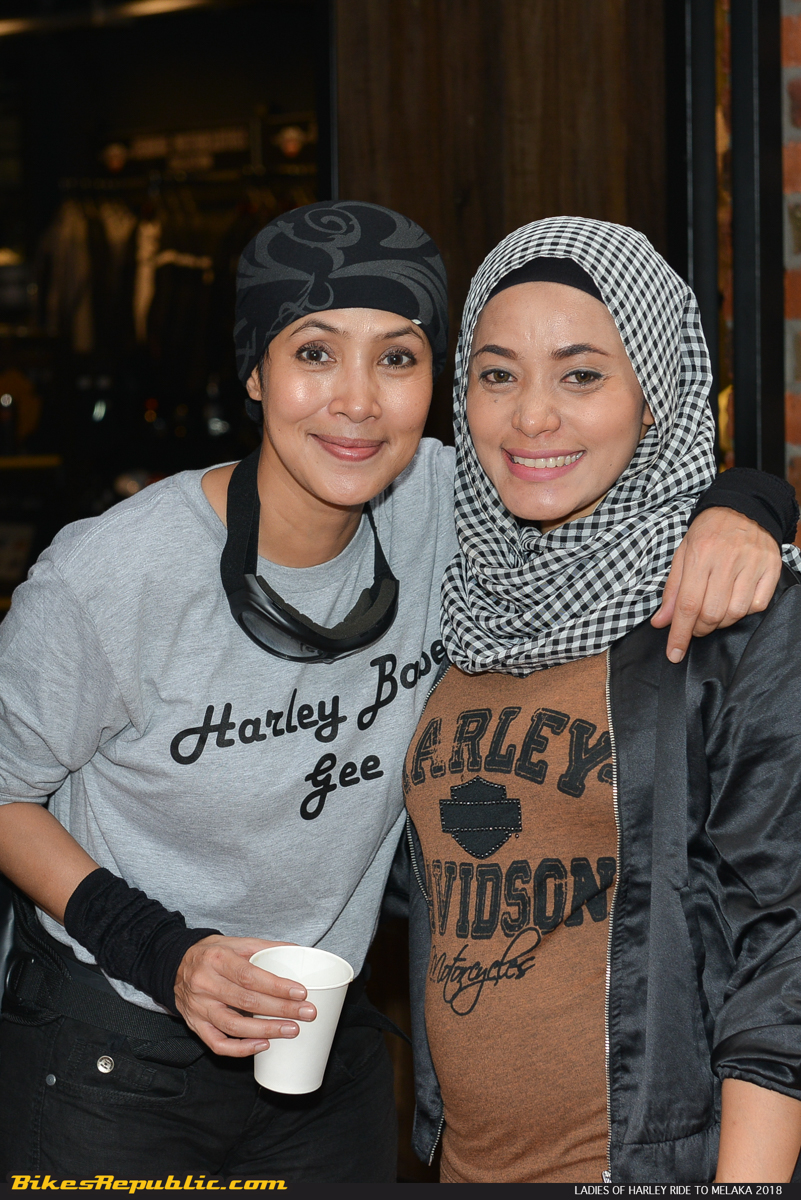 “I’ve ridden with the Ladies of Harley Malaysia many times since I started motorcycling. That time, we rode to Melaka and today feels like an anniversary as we ride there but from a new home, HDPJ,” continued Mariana. 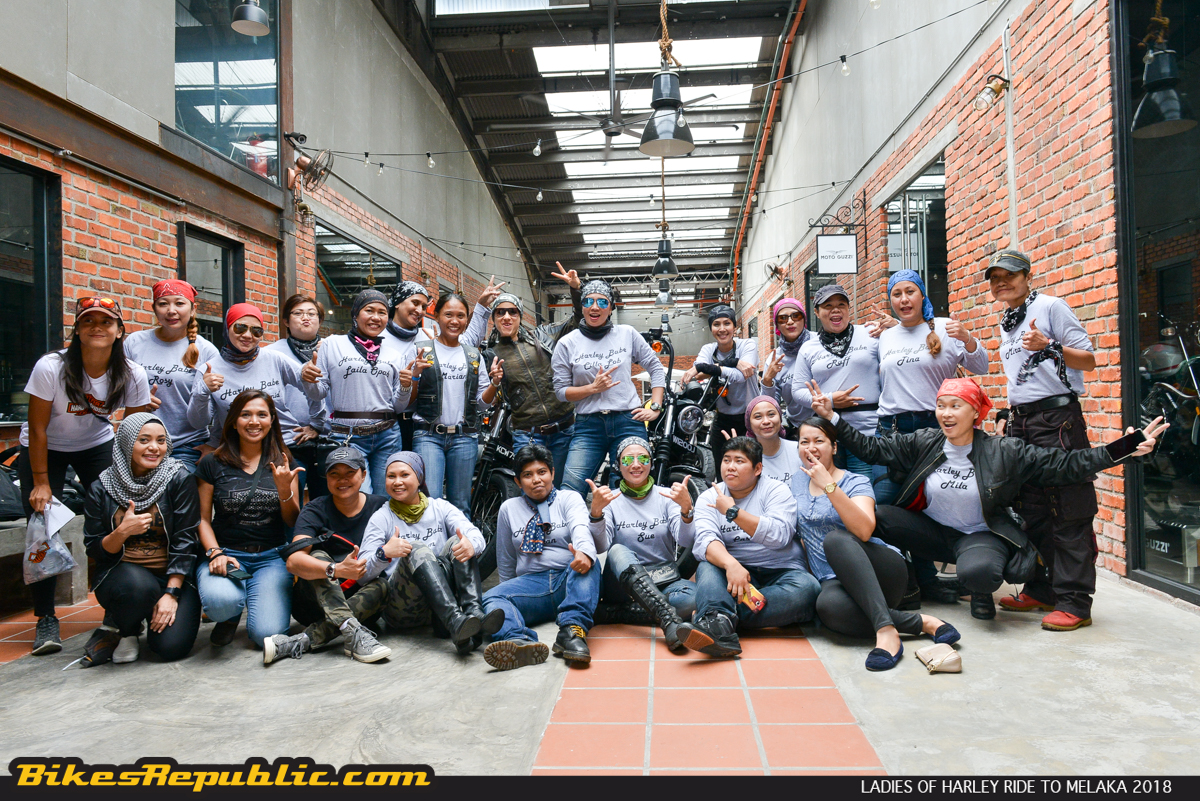 The ladies rode mostly Harley-Davidson Sportsters, but there were a number of other models, including a Softail Slim, Street 750, Dyna Low Rider and “Sons of Anarchy” Dyna Low Rider. 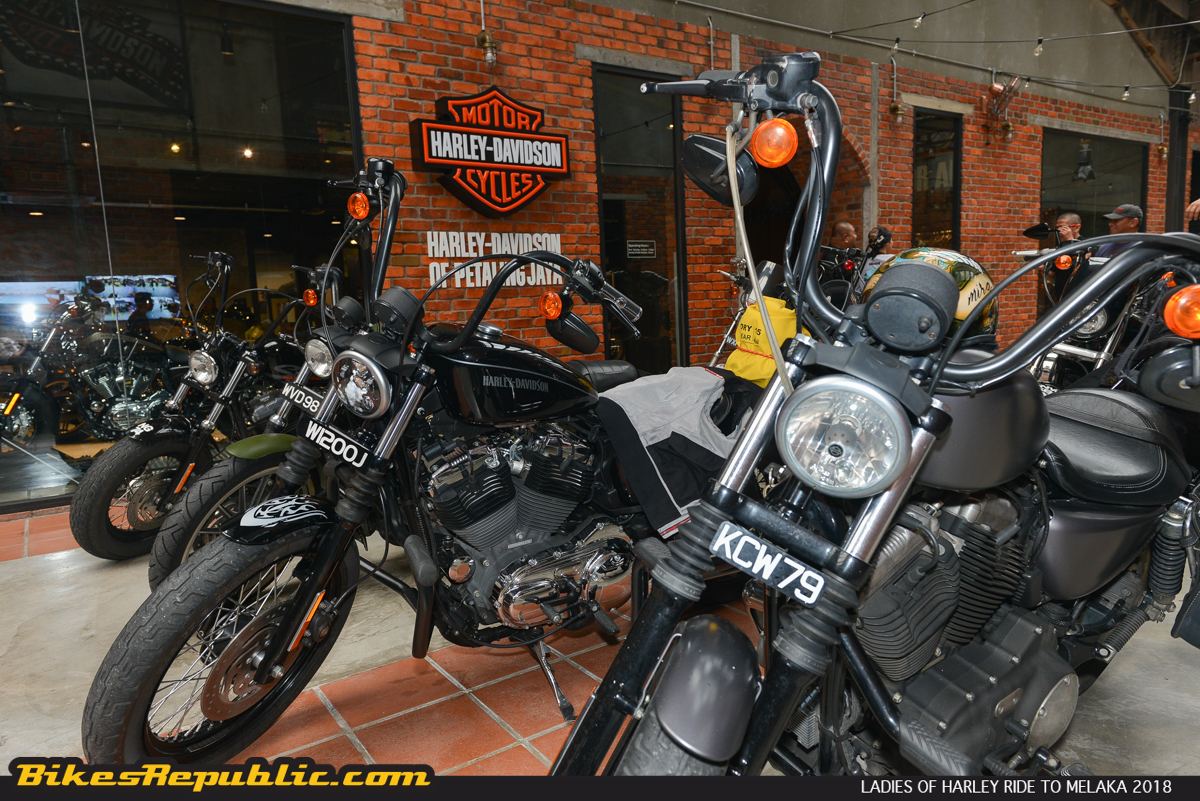 As usual, they held a short safety briefing before the “On the bike” call. They suited up and rode out from the hallway in The Gasket Alley (as there weren’t too many of them). 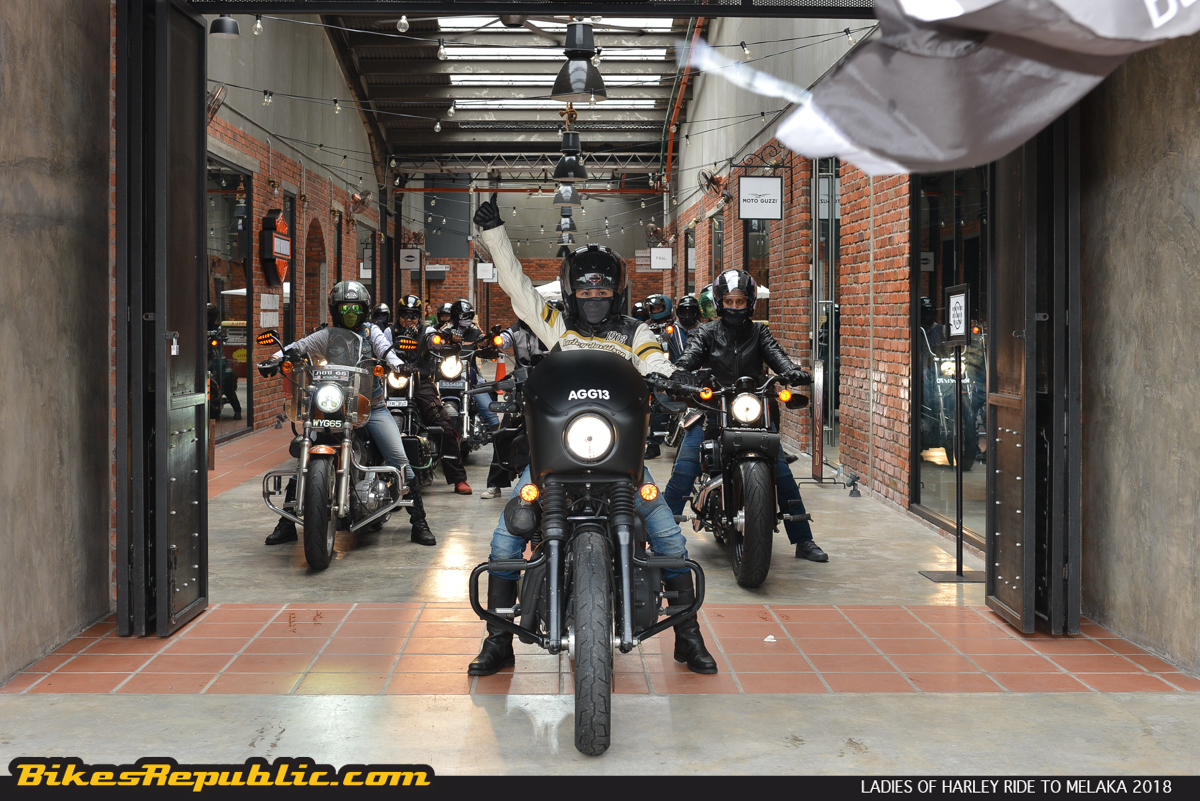 Out on the roads and highways, the group was expertly led by Nor Cilla with Fauziah Latiff as the sweeper. The group maintained great discipline and cohesiveness throughout the trip, besides displaying good control over their machines. 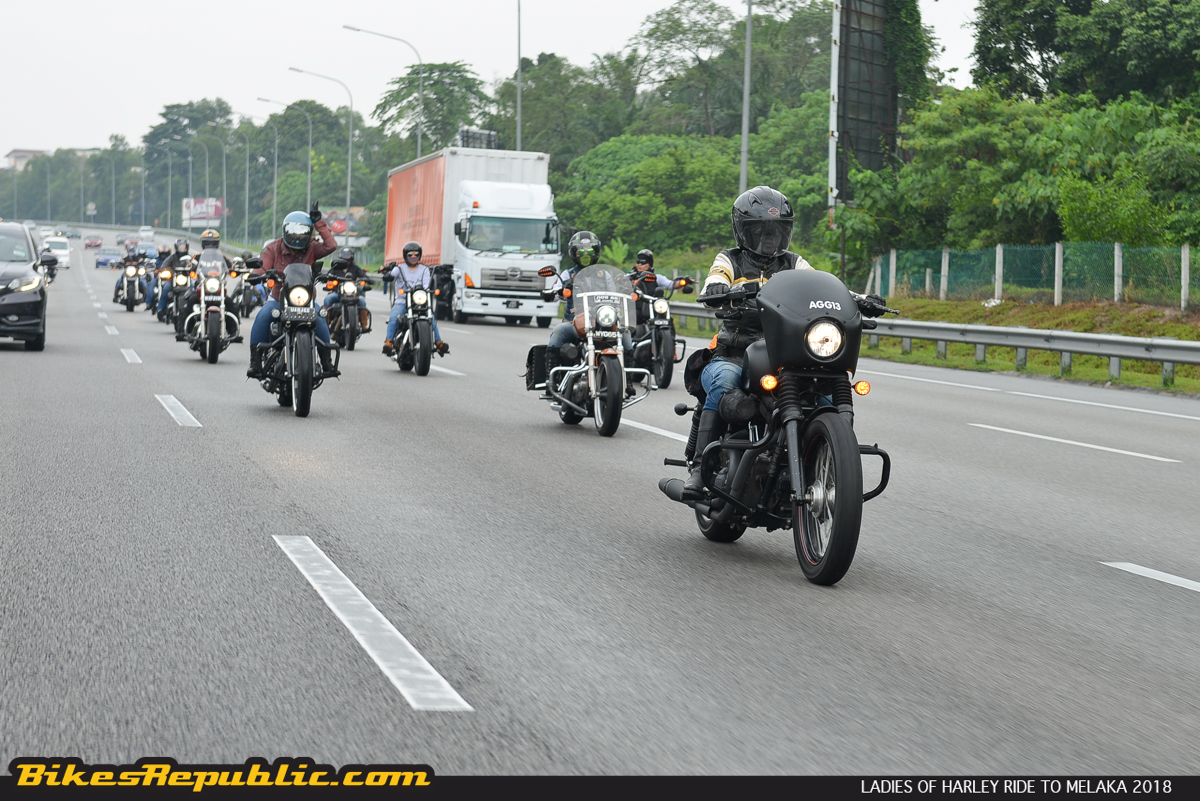 The ladies stopped for fuel first at the Seremban R&R before stopping again after passing the Ayer Keroh toll plaza, where fellow Harley-Davidson riders Hulubalang MG waited to guide the convoy into Asam Pedas Lagenda for lunch. By the way, the word hulubalang means the Sultan’s royal guards and palace guards – knights, in other words – during the Malaccan Sultanate during the 15th and 16th centuries. 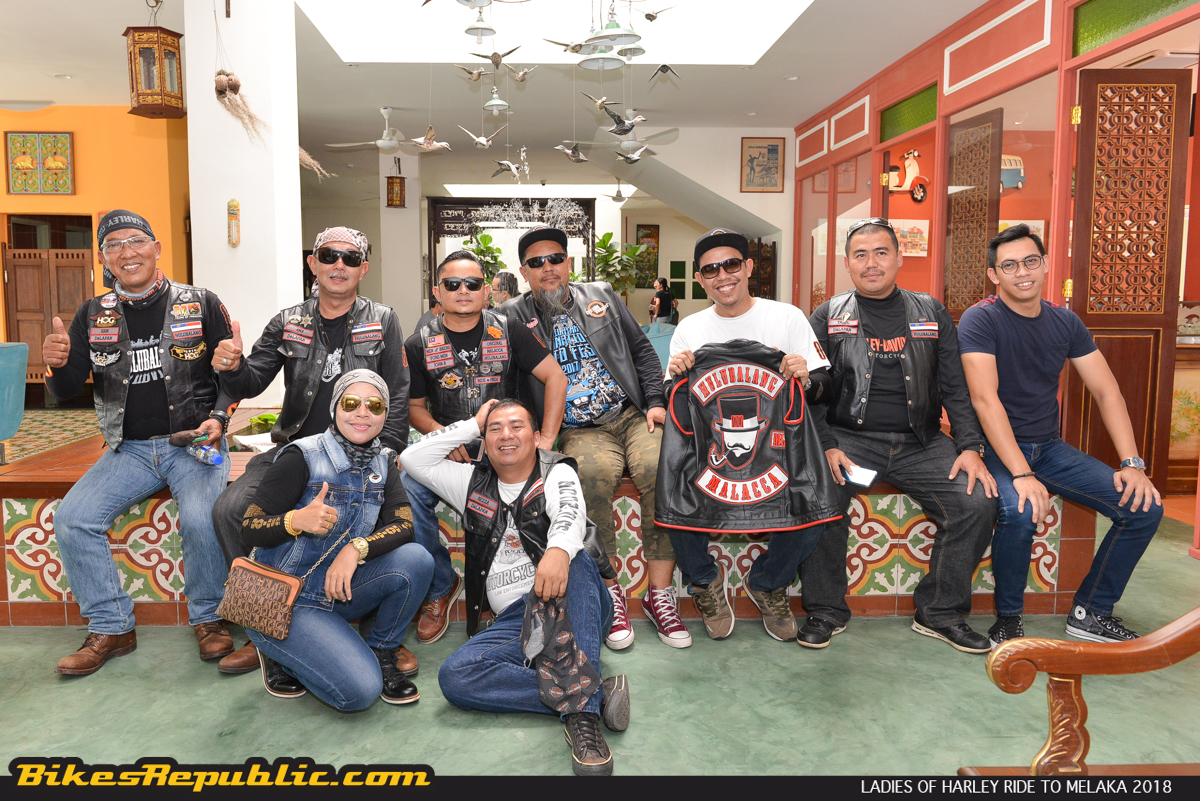 From there it was to Harley-Davidson of Melaka in Taman Kota Laksamana. The dealership is undergoing completion and will be formally launched in May 2018. 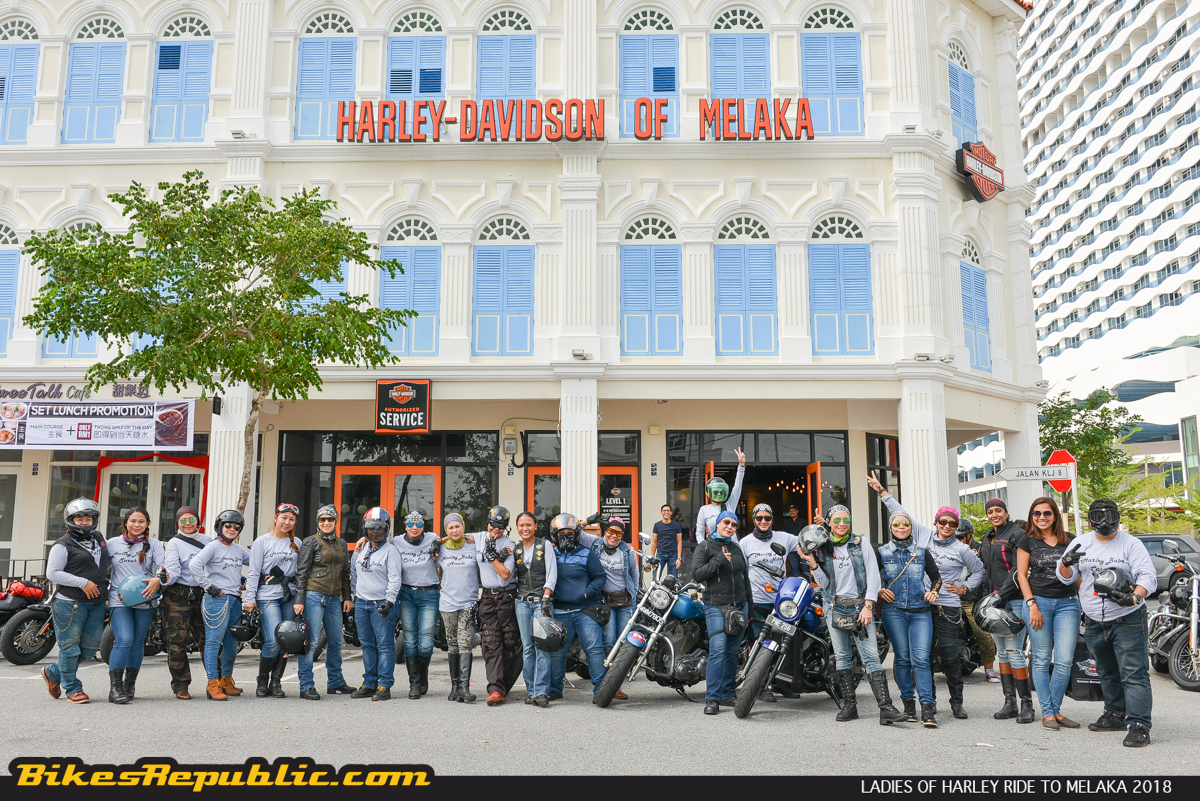 The dealership’s crew escorted the entire group to a restaurant called Nyonya Lin’s Kitchen for refreshments including the famous cendol nyonya and kuih nyonya. The restaurant was bedecked with period paraphernalia such as vintage furniture, motorcycles, trinkets and toys. Even the interior design resembled that of Melaka’s pre-World War II houses. 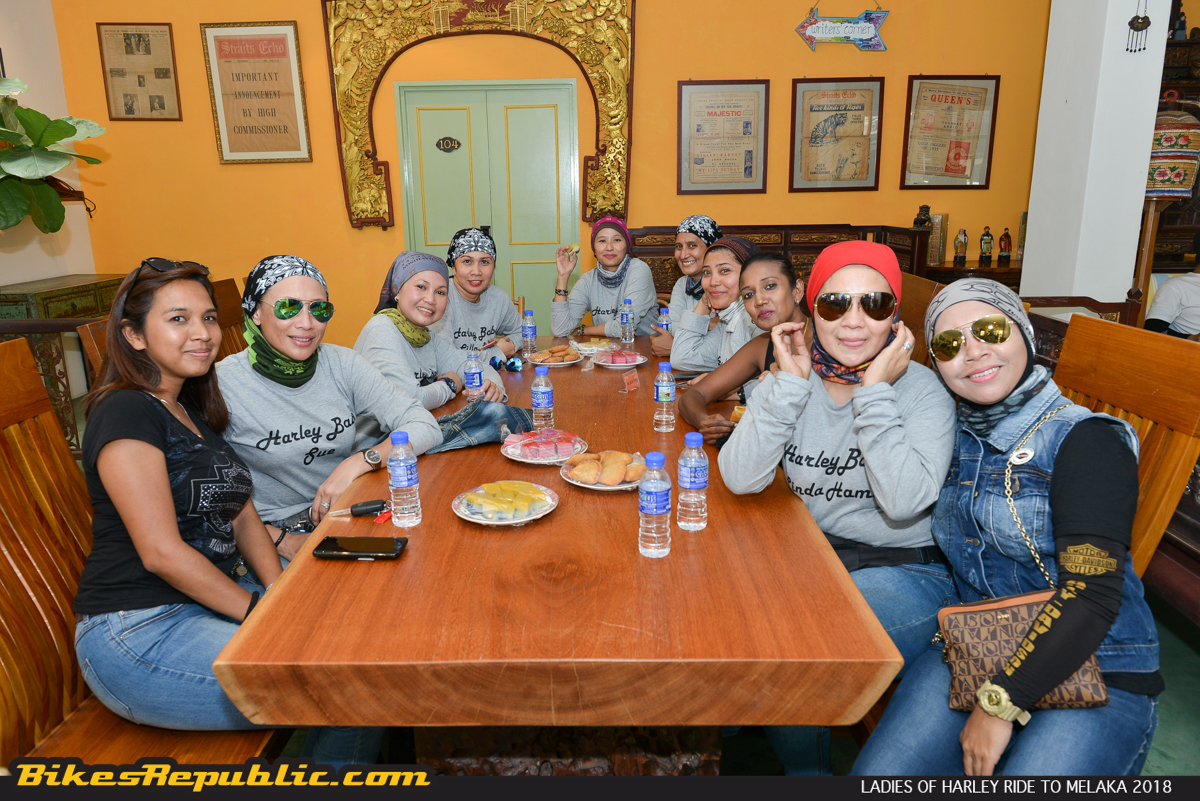 From Harley-Davidson of Melaka, it was to another round of coffee (real coffee, not those one finds in pubs) at a beach. The Ladies of Harley Malaysia finally headed over to the Villa Lisa at A’Famosa Resort at Batu Gajah. 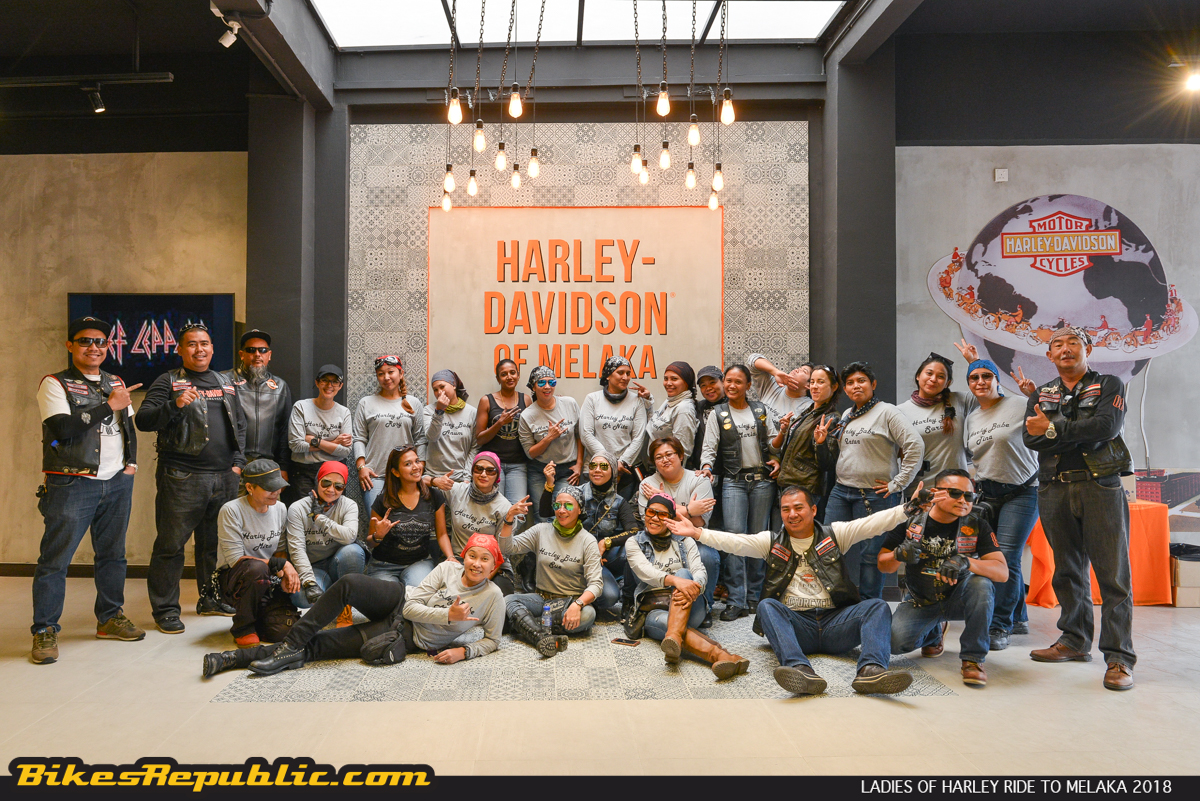 Before we conclude, this writer observed that the riders never failed to wave their gratitude to other road users who had given way. All the riders of Ladies of Harley Malaysia and Hulubalang MG were really friendly and not stand-offish to strangers who had requested selfies or to pose with their bikes. Whoever said Harley riders were unfriendly?

Great respect from us to the ladies and gentlemen during the ride. 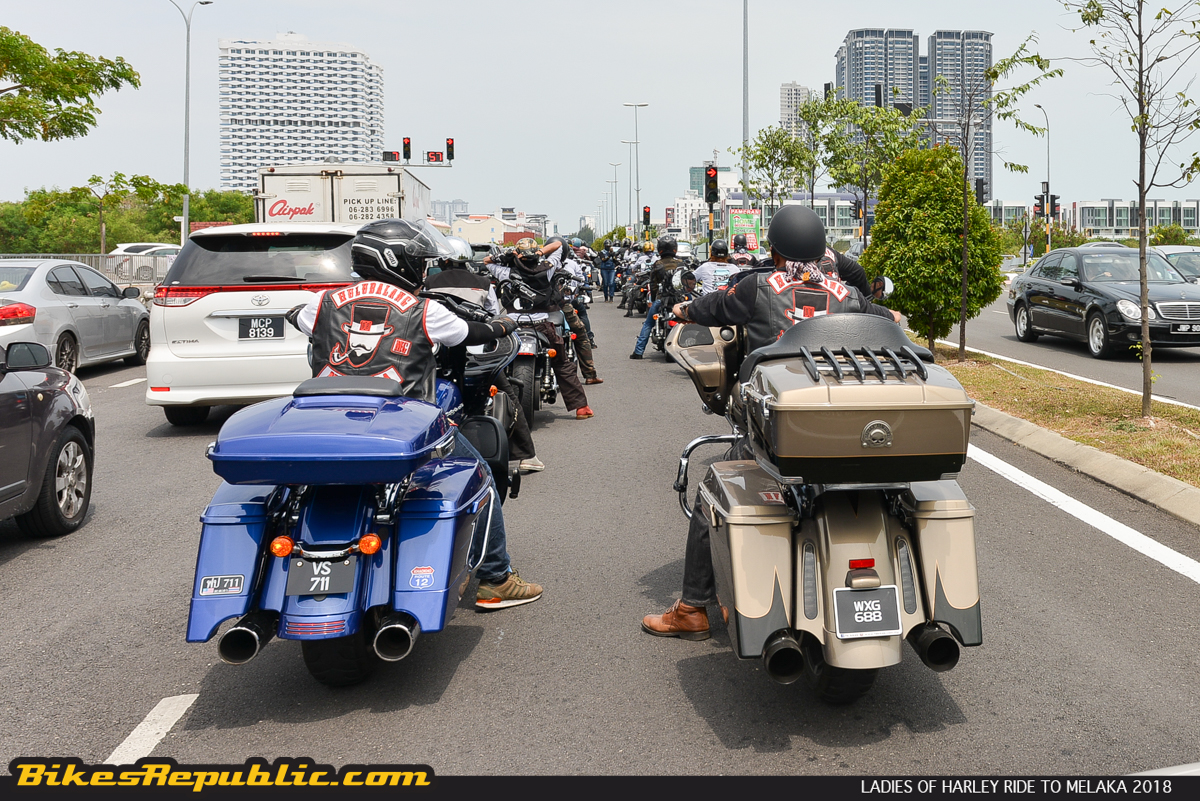