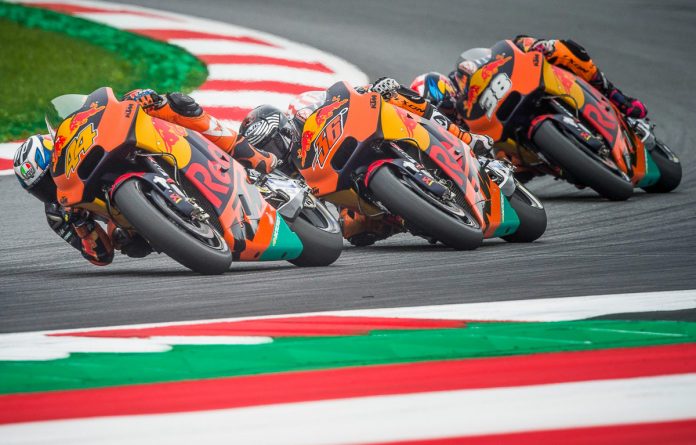 Step right up, step right up! Your wish of owning a MotoGP bike is now answered. Just place your entire life savings for this KTM RC16 MotoGP racebike!

KTM’s CEO Stefan Pierer did announce that a road-legal bike based on the RC16 MotoGP racer will be available someday. The Austrian factory has yet to launch one, probably pending success in the series first.

But! You can now own a KTM RC16 MotoGP racebike. The factory is selling two former RC16 for private purchase. 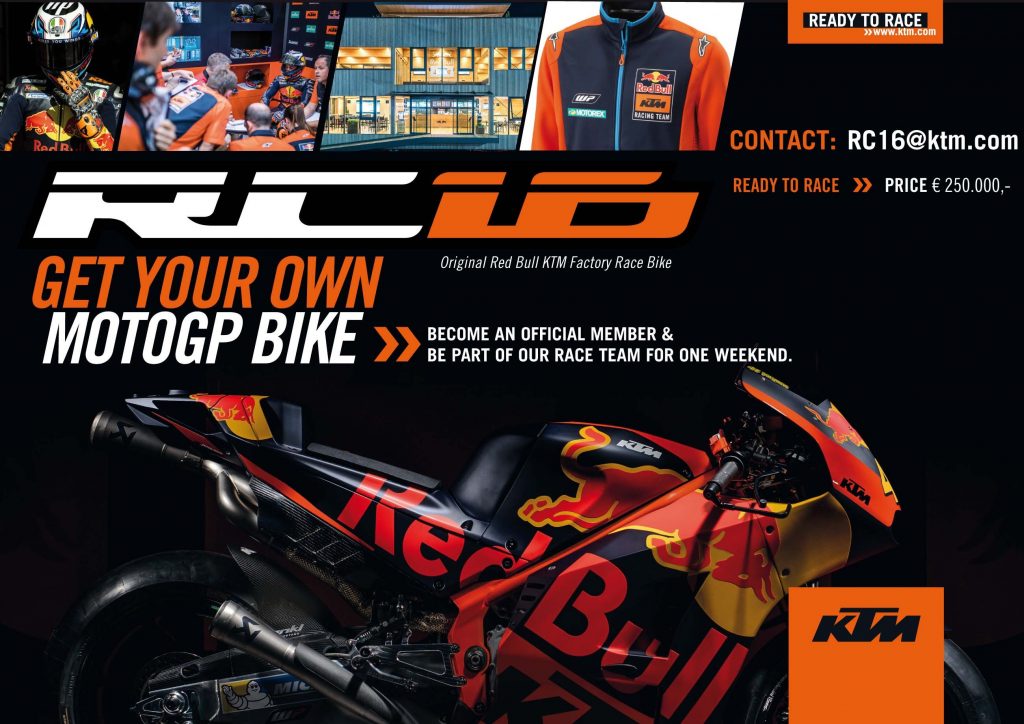 KTM will throw in a dream goodie bag. It includes a full set of riding gear from Pol Espargaro (racesuit, gloves, boots, etc.) and a signed AGV helmet.

Additionally, the owner can choose to be apart of the Red Bull KTM MotoGP factory team for one weekend of his or her own choice. Goodies include paddock tour, pitbox tour, meet and greet with Johann Zarco and Pol Espargaro, and a set of Red Bull KTM team apparel.