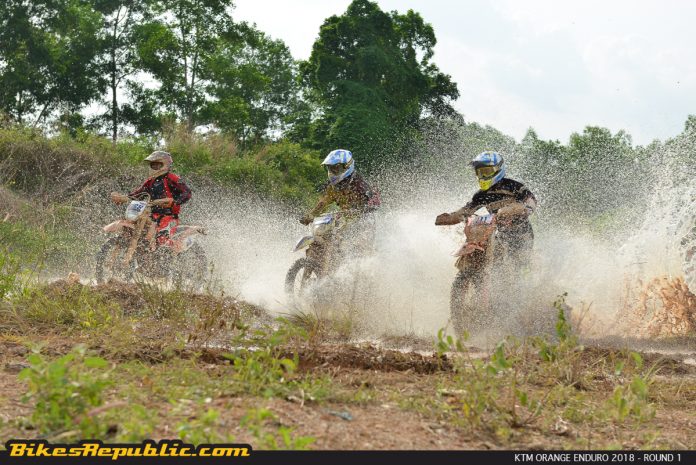 The first round of the KTM Malaysia Orange Enduro 2018 saw encouraging participation and a display of high level of skills from the competitors. 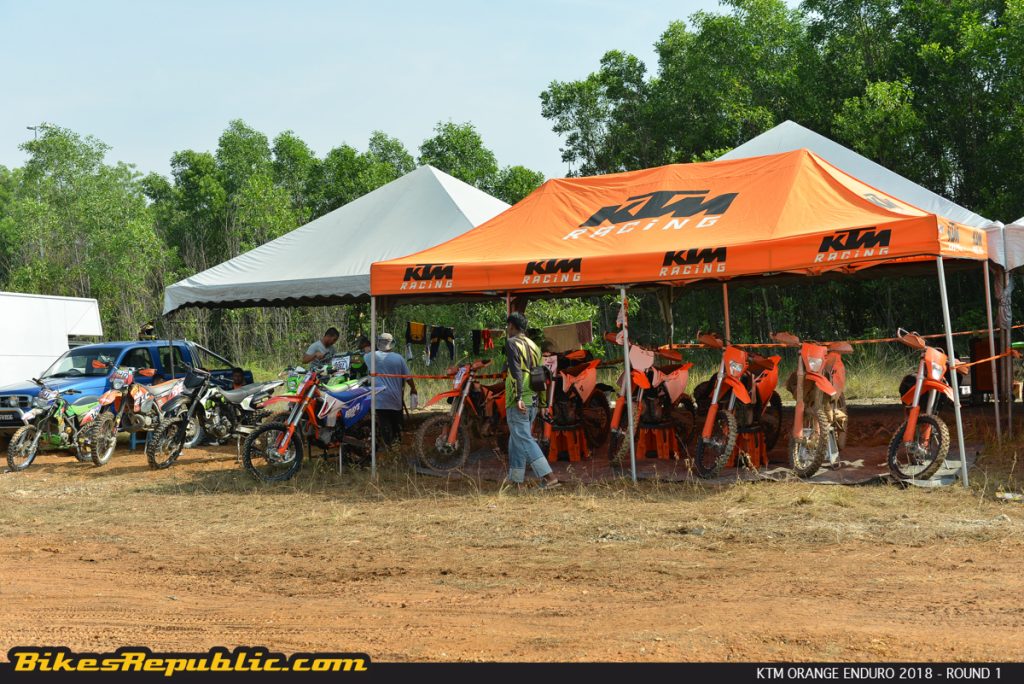 Enticed by the call of competition to prove themselves and KTM Malaysia’s offer of a total of RM 10,000 in prize money, 60 riders showed up for the enduro. While most hailed from the northern states there were also those from other states. The number could have been higher due to competing events during the previous week and next week besides being at the middle of the month, however, it was still encouraging to see such good turnout. Additionally, the event is open to competitors on all makes of motorcycles, although only KTM motorcycles are allowed entry into the KTM Enduro category. 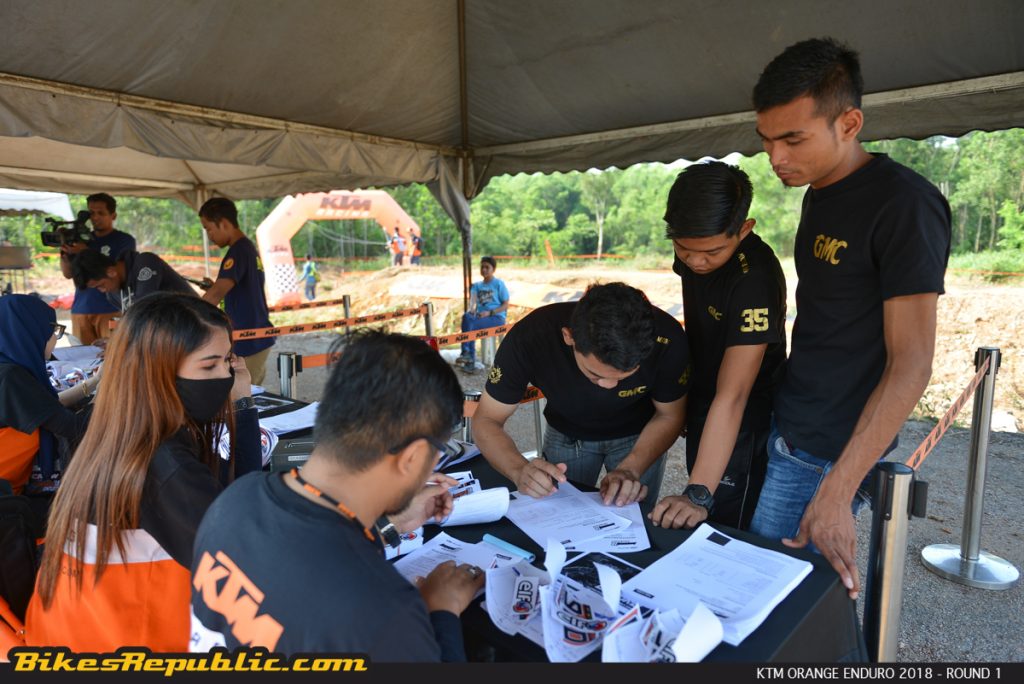 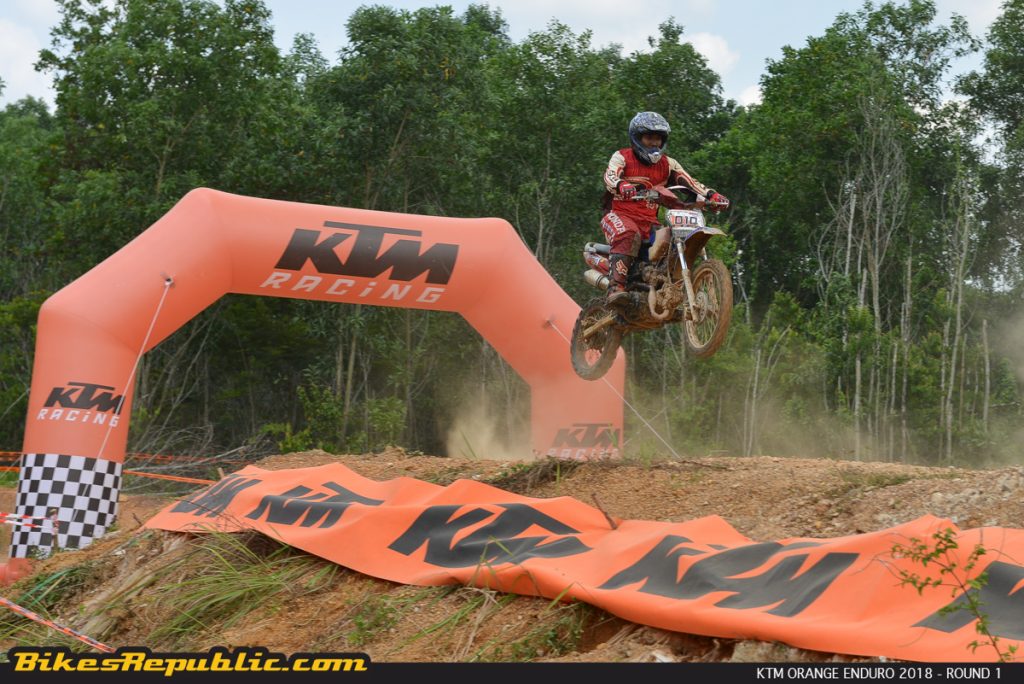 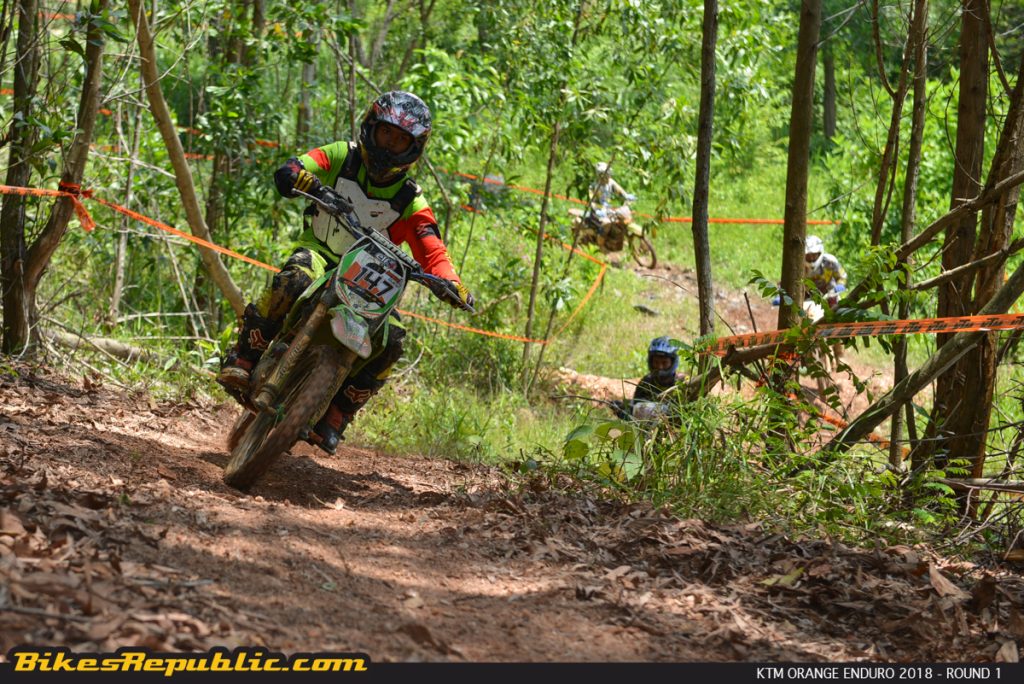 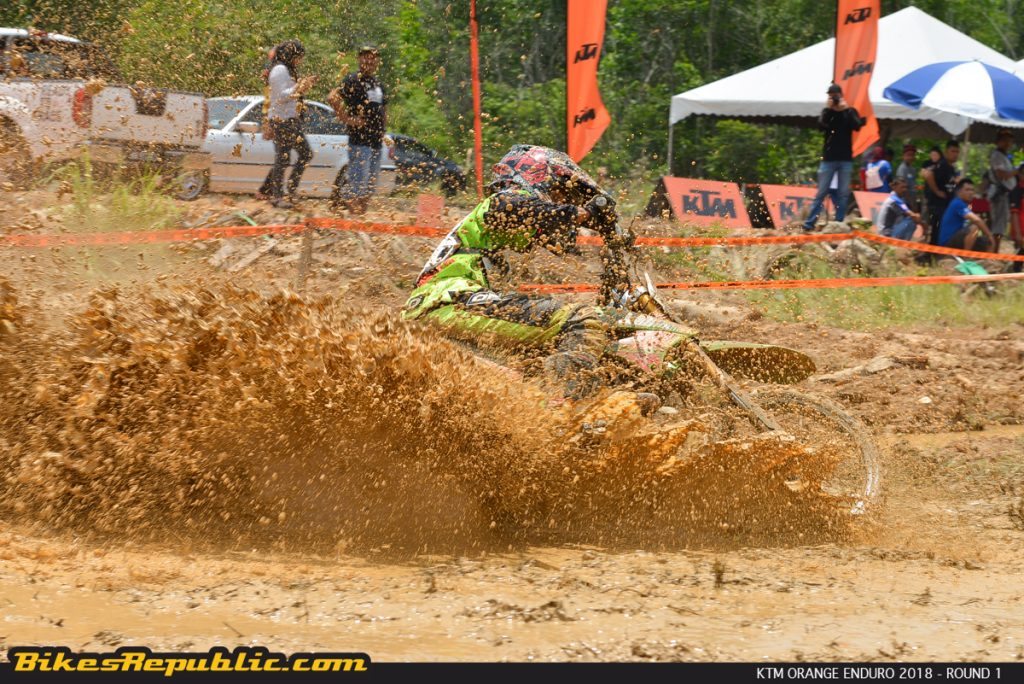 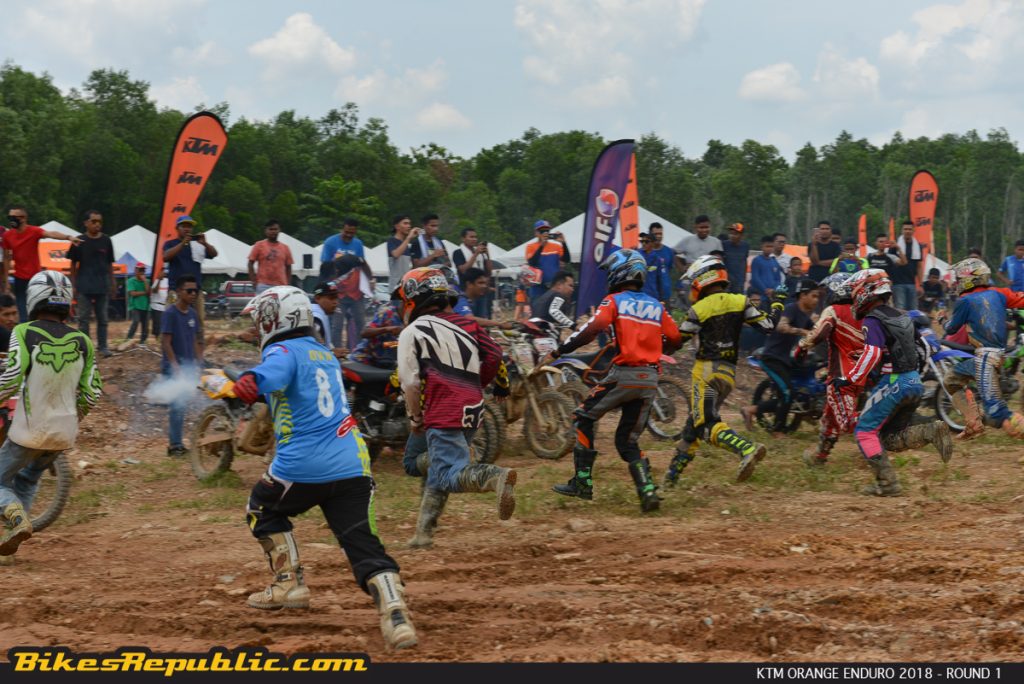 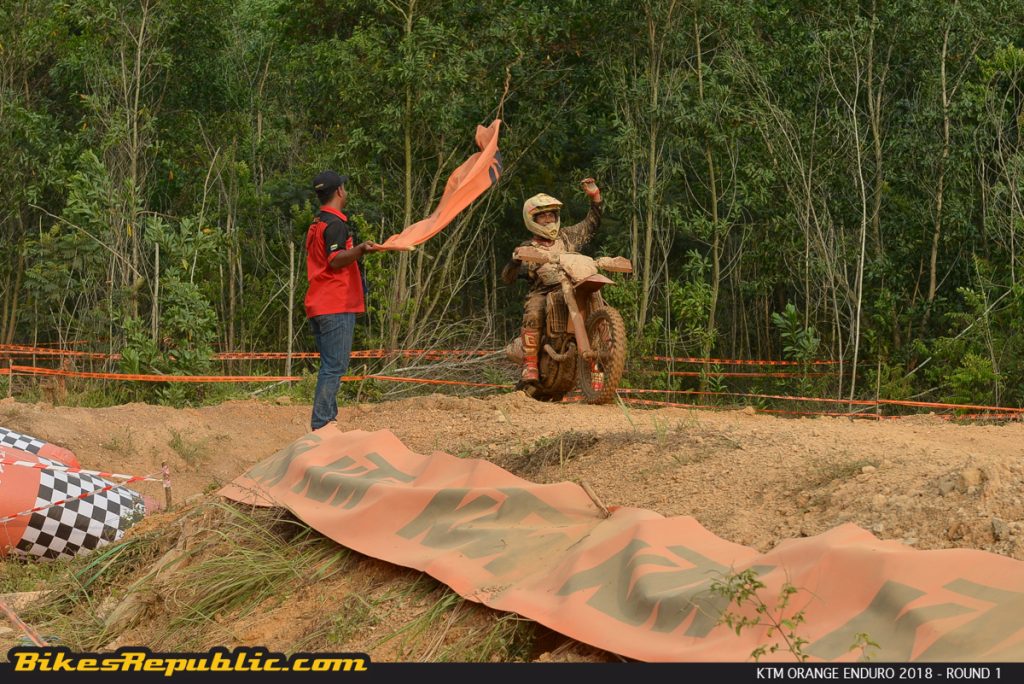 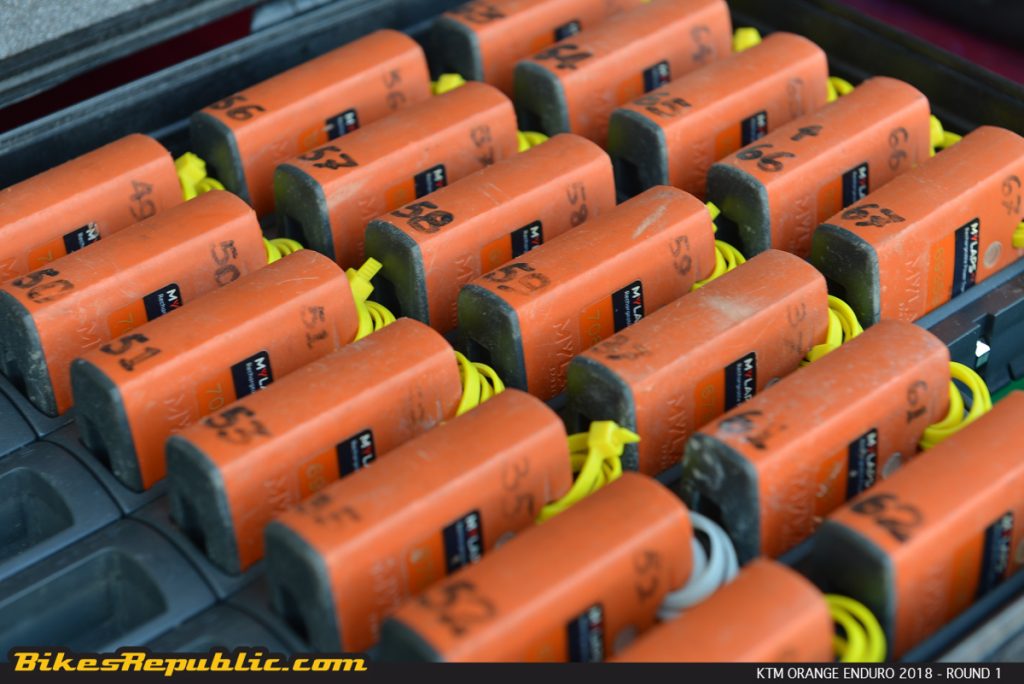 The competitors were divided into five categories:

The event got under way with the CKD Open category. The race was allocated 30 minutes +1 lap. Thirteen riders started the race, with 10 finishers. 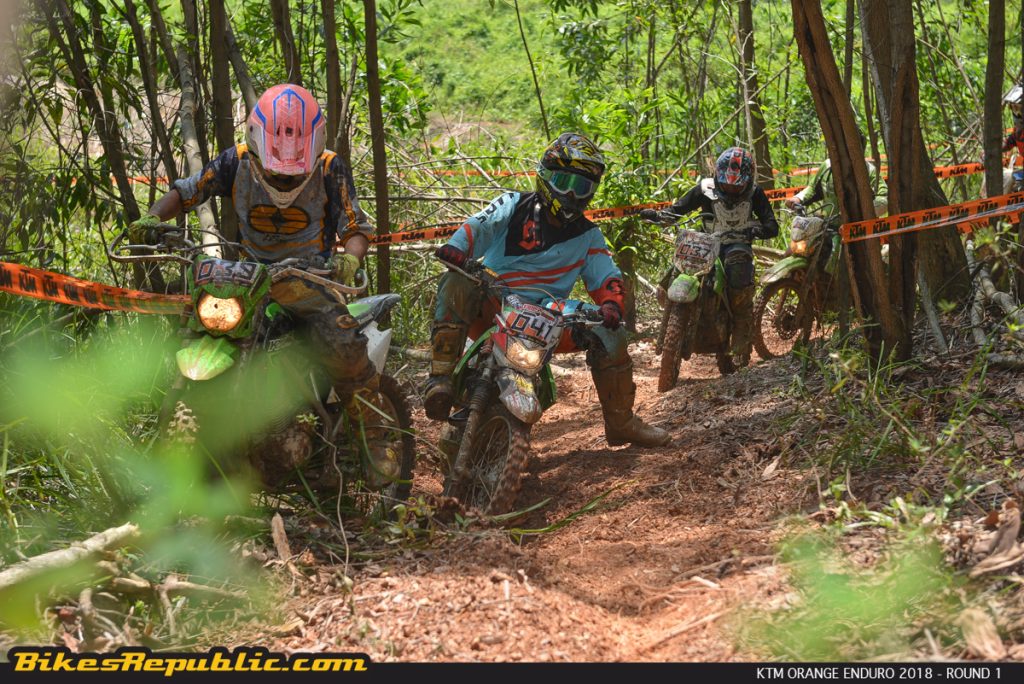 Hafizudin (#46) battled Muhammad Qusyairi (#42) throughout the proceedings before the latter made a mistake near the end to see the former through to claim the win. In fact, Muhammad Qusyairi had actually posted the best lap time of 3m:15.516s to Hafizudin’s 3m:25.367s. Abdul Hanif (#34) came home third almost a minute behind. 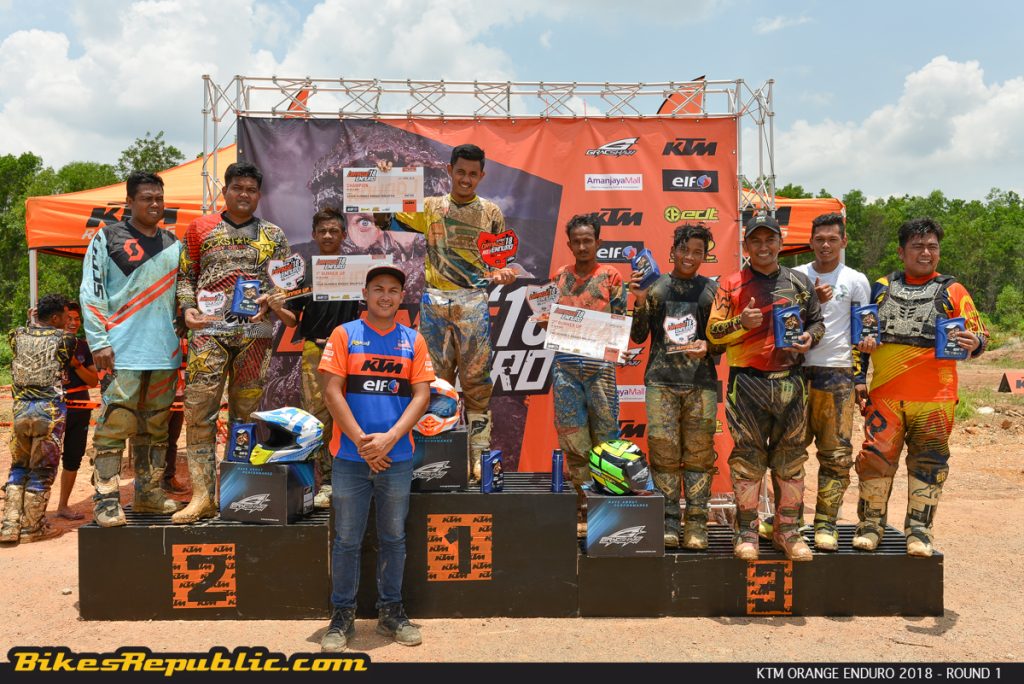 As the name suggests the Cubcross Open category is open to kapchais that have been modified into dirtbikes. The organizers allocated 30 minutes +2 laps to this class. Out of thirteen riders who took to the started, 10 finished. 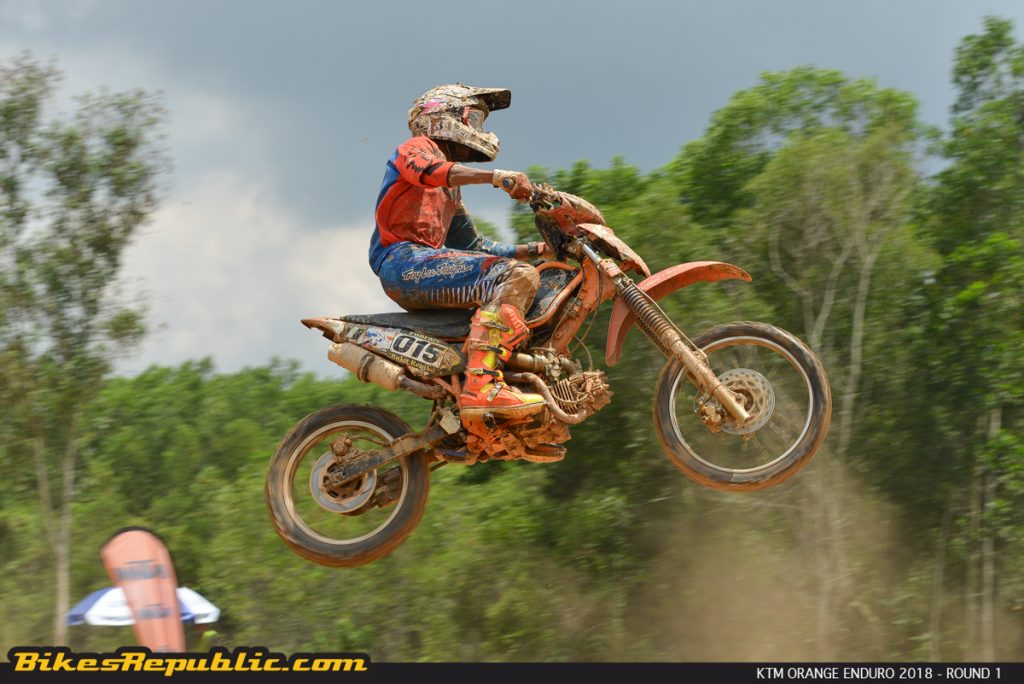 There was a close fight among four competitors at the drop of the flag, however, they settled down and finished some ways ahead of each other at the end. 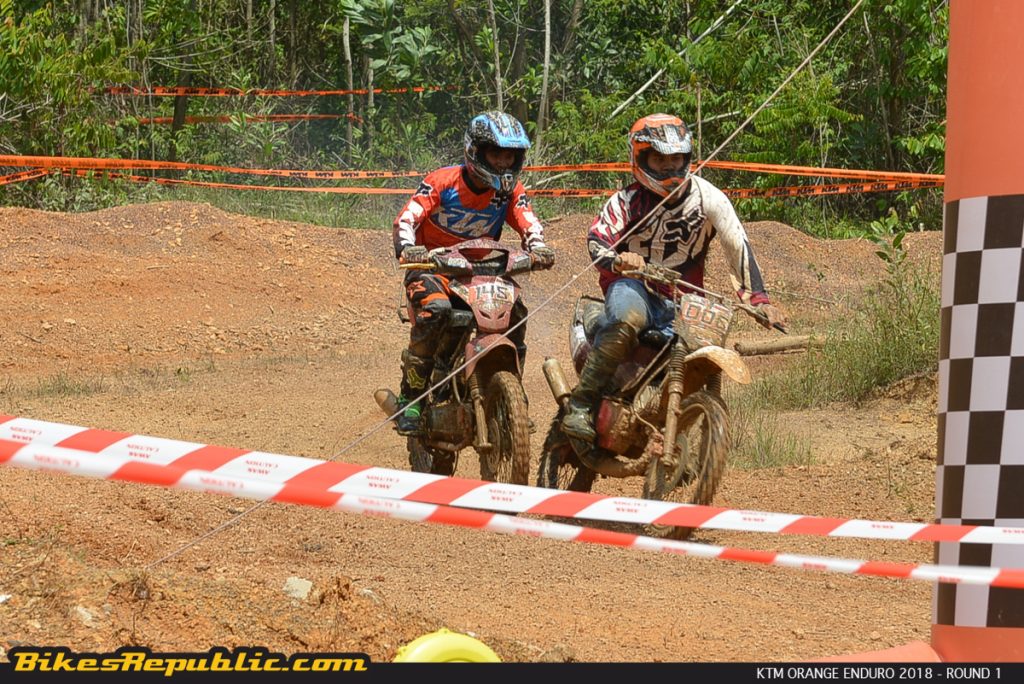 Abdul Hanif (#34) who had finished third in CKD Open took top honours this time, followed by Mohd. Zulhairi (#10) and Muhamad Adam (#3) in second and third respectively. 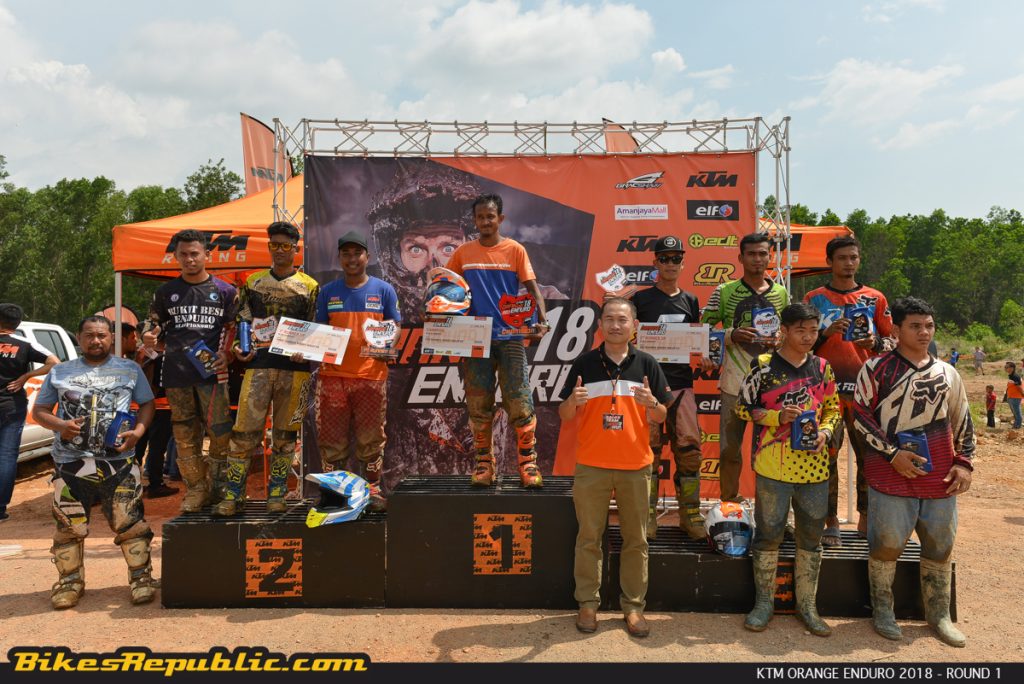 This class is exclusively for KTM dirtbikes and it was also the toughest as the competitors had to ride for 1 hour +1 lap in under the blazing sun. 11 riders took part, but only 9 went the distance. 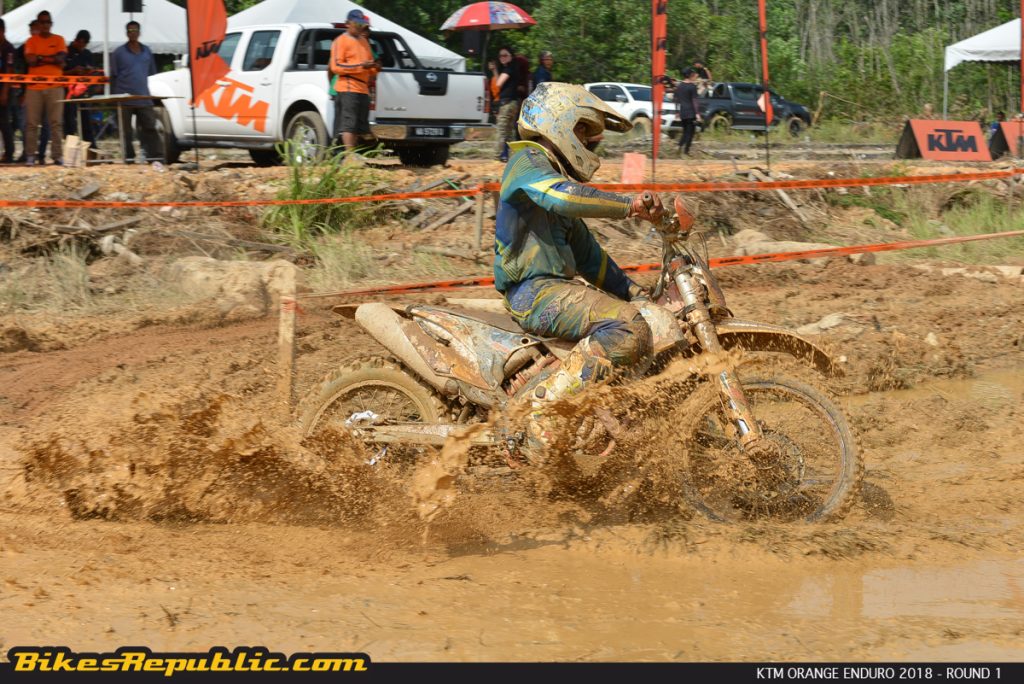 A fierce fight developed early on and through the midway point but Ahmad Danial Haikal (#9) showed his mettle by finishing well ahead of his rivals. Lai Wai Seng (#148) rode at a steady pace to claim second place, while Mohamad Kharul Afif (#11) finished third. 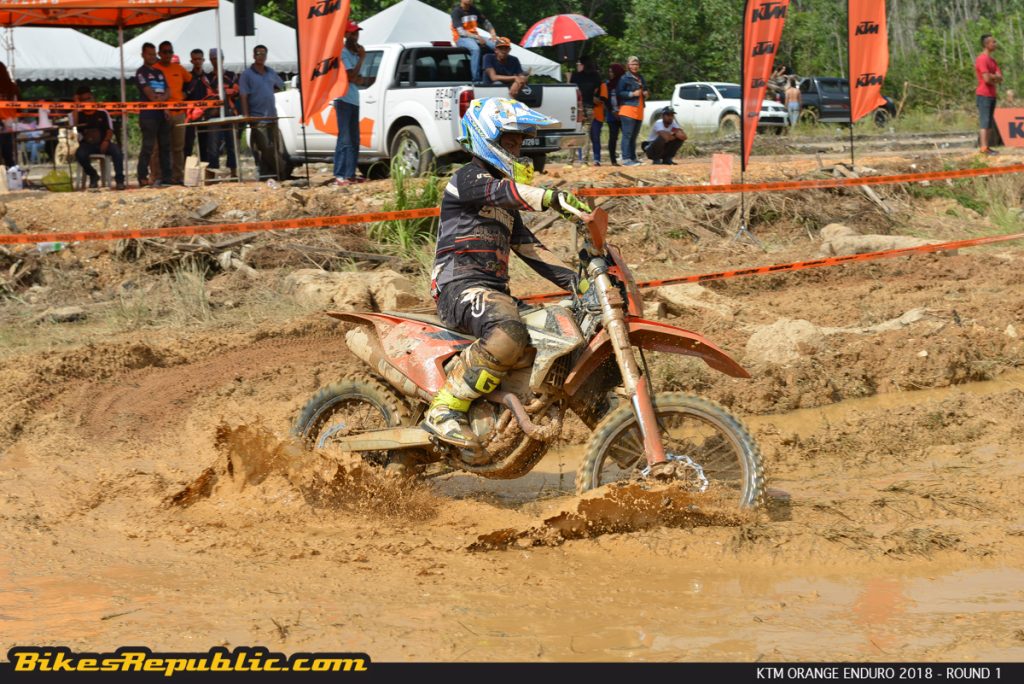 Gabit Saleh withdrew at the halfway mark due to a technical problem resulting from a fall. 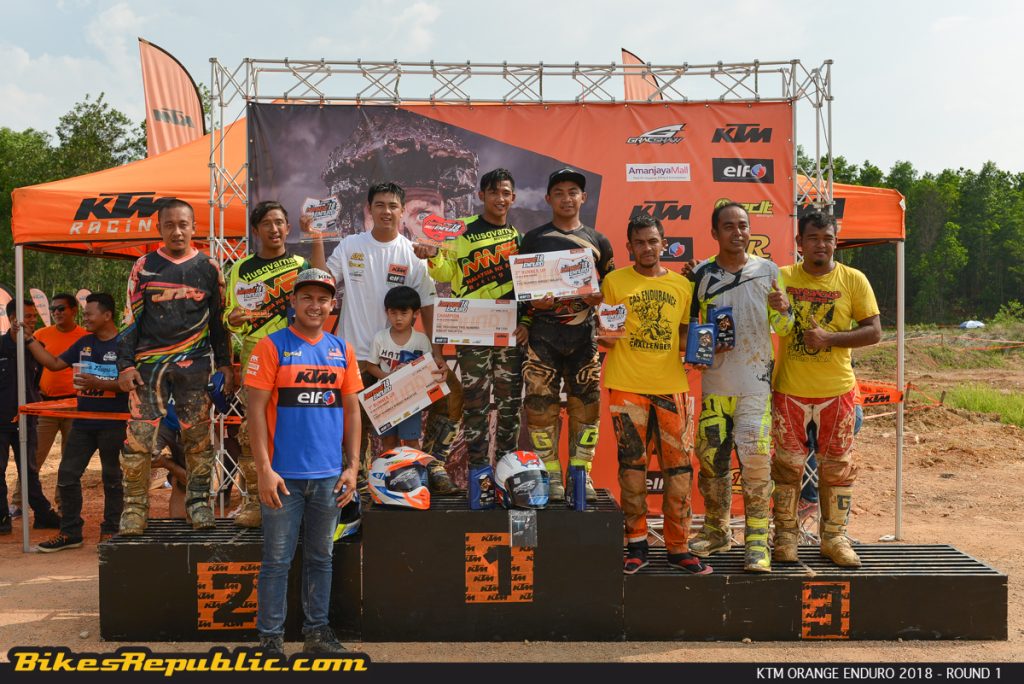 The Veteran category is opened to riders aged 35 and up. Competitors had to complete the race within 35 minutes + 1 lap. 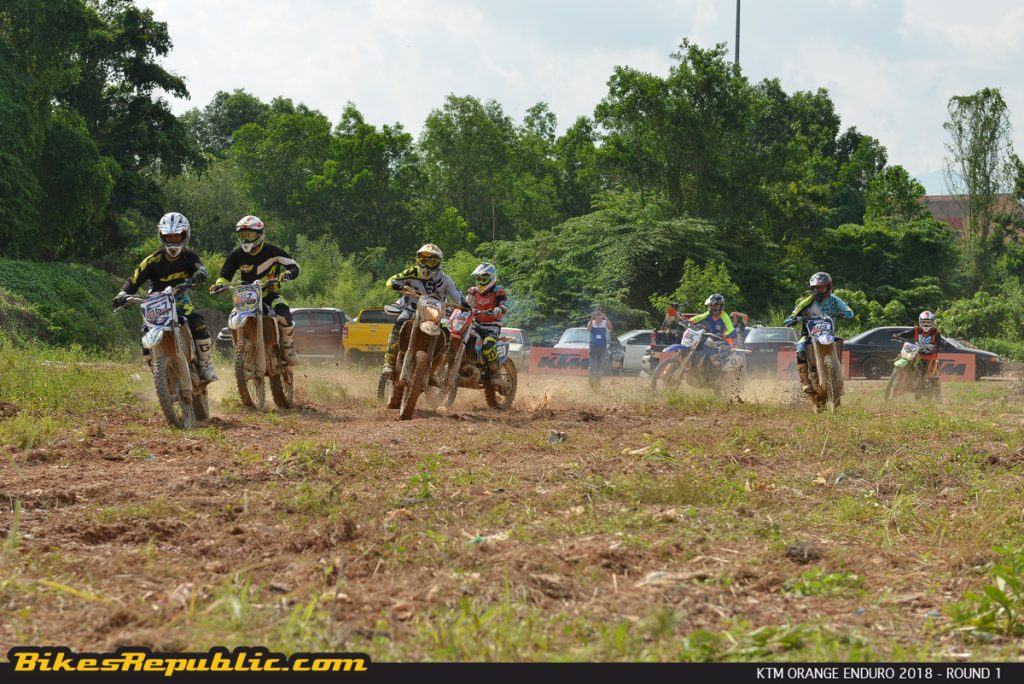 The class saw close competition amongst the top four all the way to end but Poh Ken (117) managed to pull away at the end with a controlled ride to finish 40 seconds ahead of second-placed Mohd. Sanusi (#119) and 45 seconds in front of Nazri Bahari (#67). 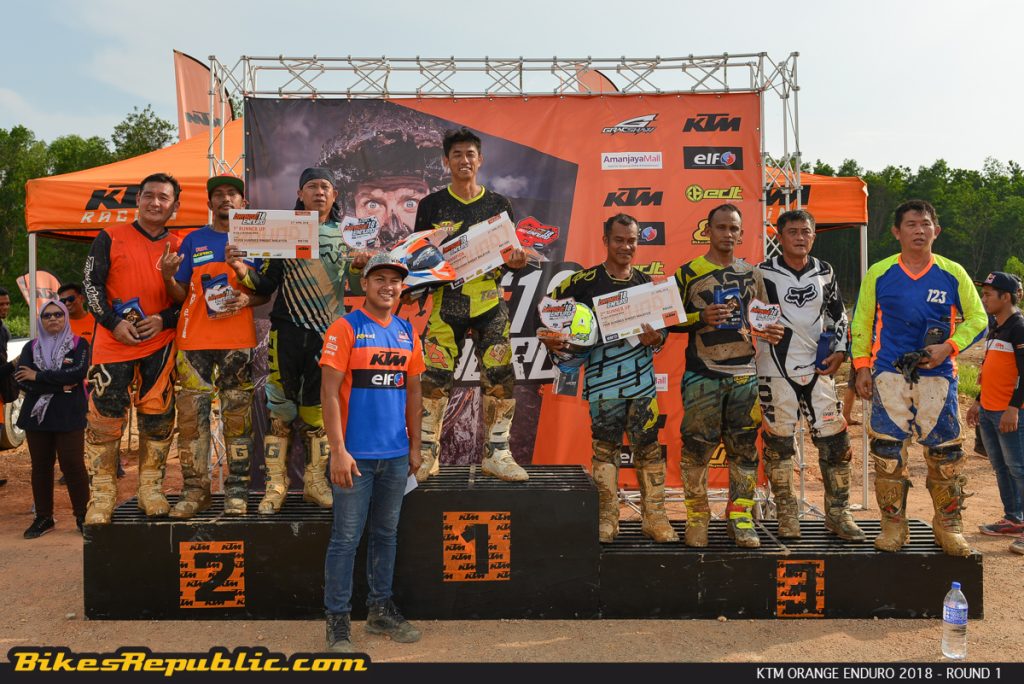 This was the main event, featuring the top riders on the best machinery. A time of 45 minutes + 2 laps were allocated. 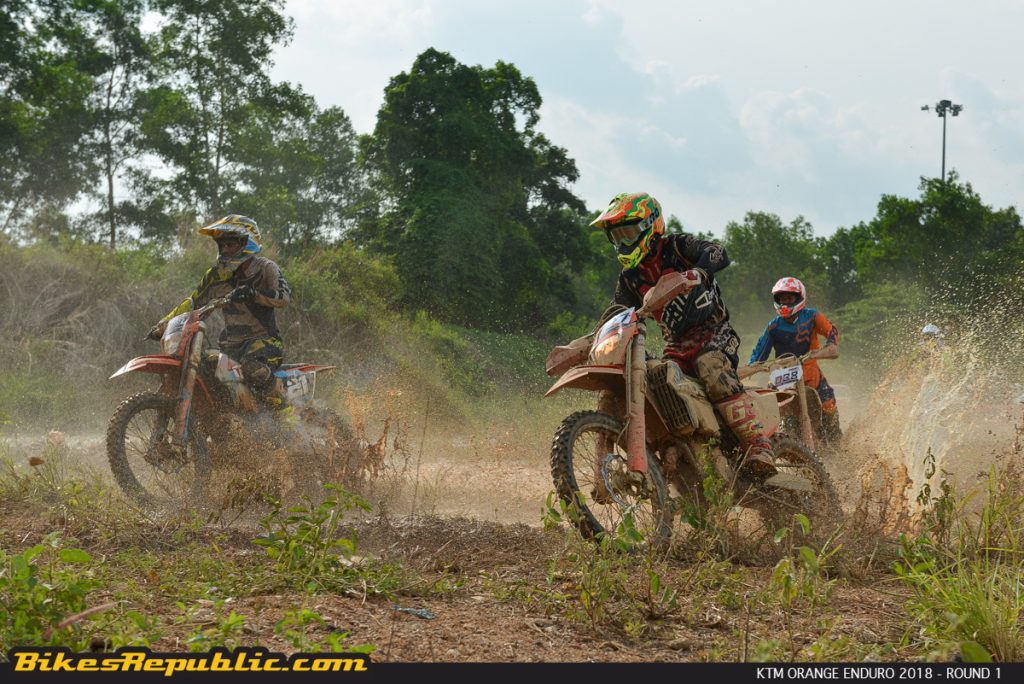 Ahmad Daniel Haikal (#99) challenged Gabit (#27) early on but soon faded and the latter went on to claim victory at the wave of the flag.  Mohamad Khairul Afif (#11) finished in third, a lap back. 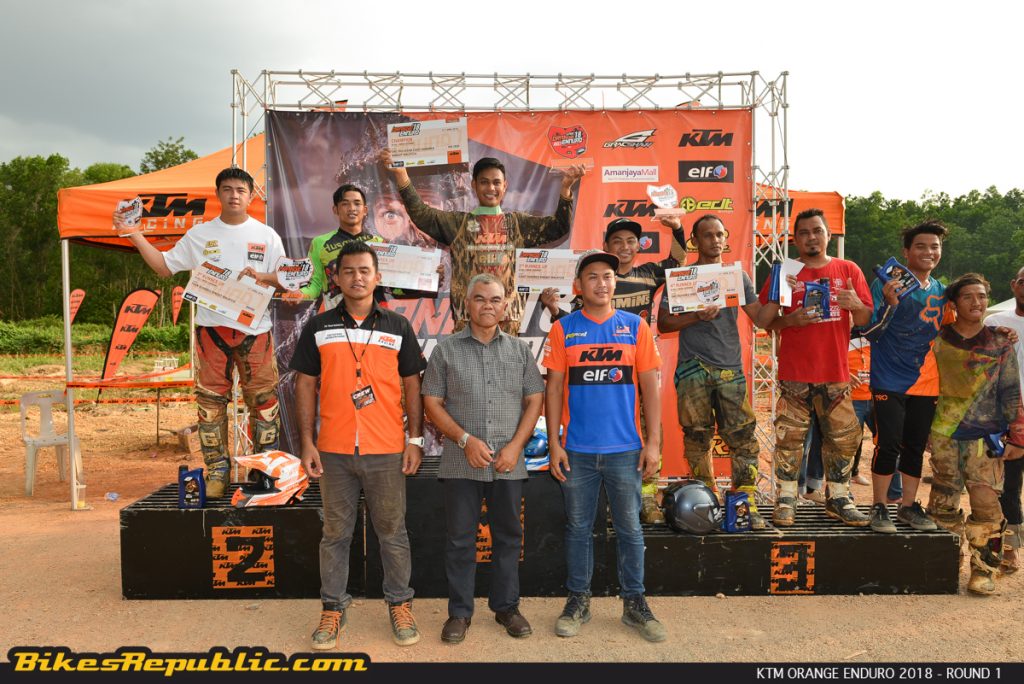 Also present during the event were the Northern Dukers KTM onwers, who got to witness the proceedings first hand and lent their support to the KTM riders. 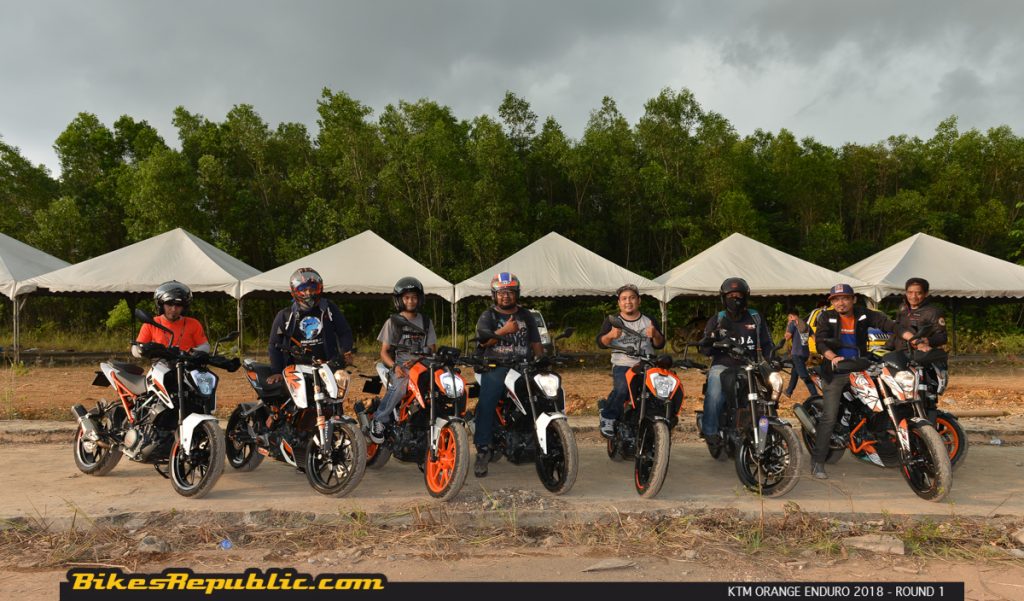 KTM Malaysia plans to hold Round 2 of the Orange Enduro 2018 at the Sungai Buaya Off-Road Track, so stay tuned. The series is in collaboration with Elf Lubricants Malaysia, EDT Printing, Gracshaw Helmets, and Bikes Republic. 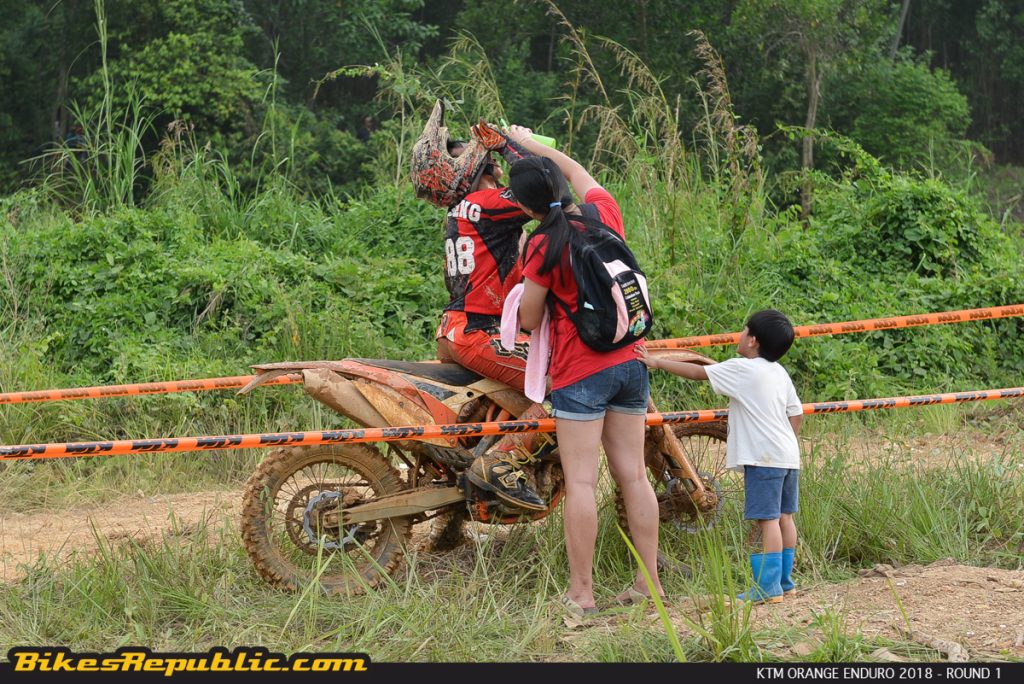