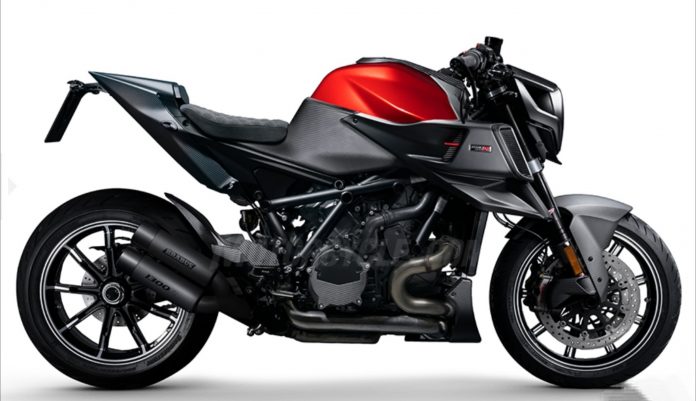 German tuning house, Brabus, is set to unleash the company first motorcycle based on the KTM 1290 Super Duke EVO.

Brabus dropped a teaser on the company website, announcing that the 2022 1300 R is due for an official launch on February 11. 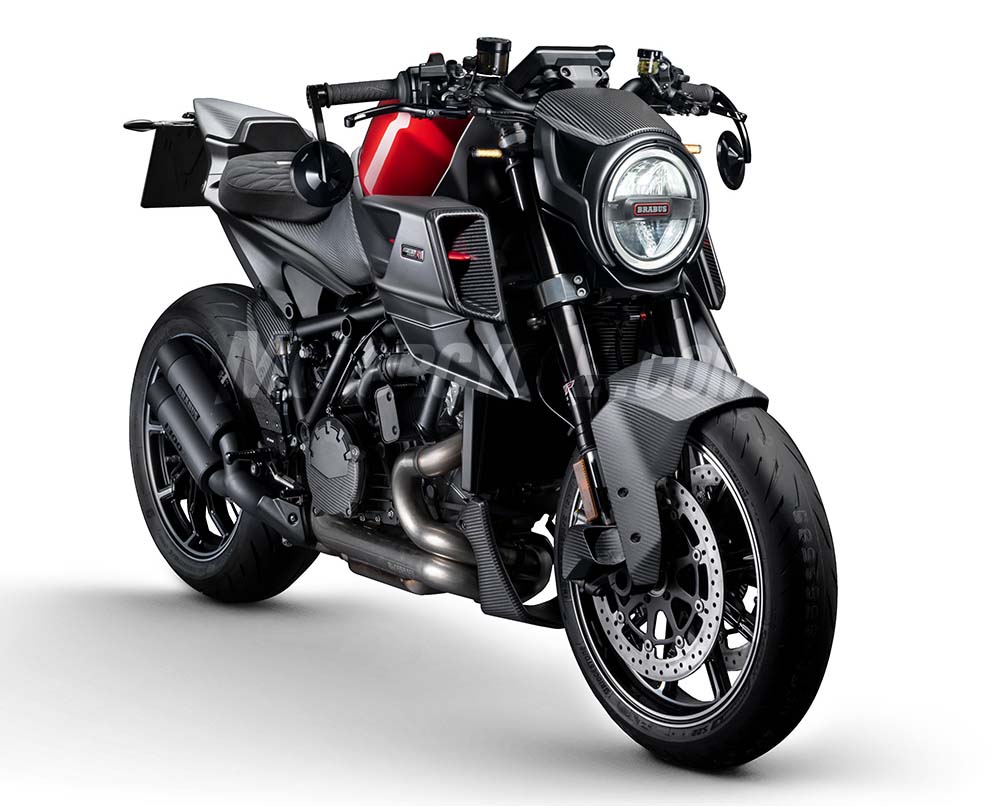 However, before the official unveiling, the bike made a brief appearance on KTM’s official website before they were taken down.

Despite the swift action, a Canadian publication, Motorcycle.com, managed to get their hands on the official photos. 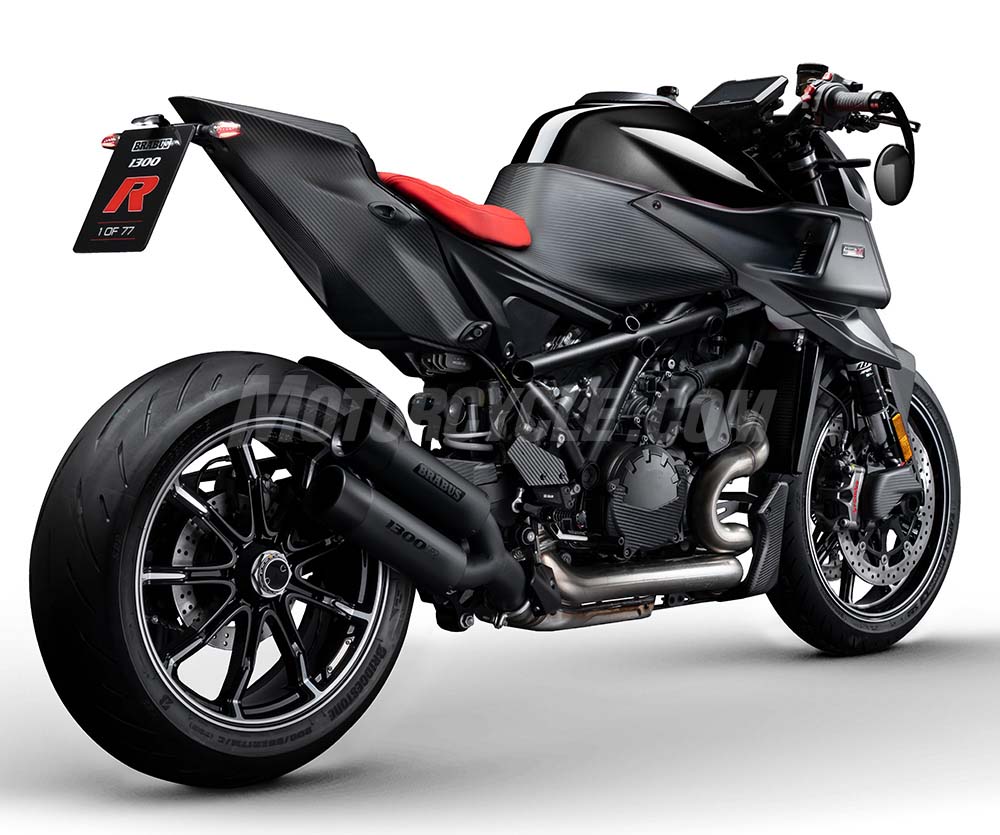 According to reports, the Brabus gave the 1300 R a number of bespoke components, including nine-spoke forged wheels and new carbon fibre air intakes.

Significant changes have also been made to the front headlamp, which now features a circular headlight compared to the KTM. 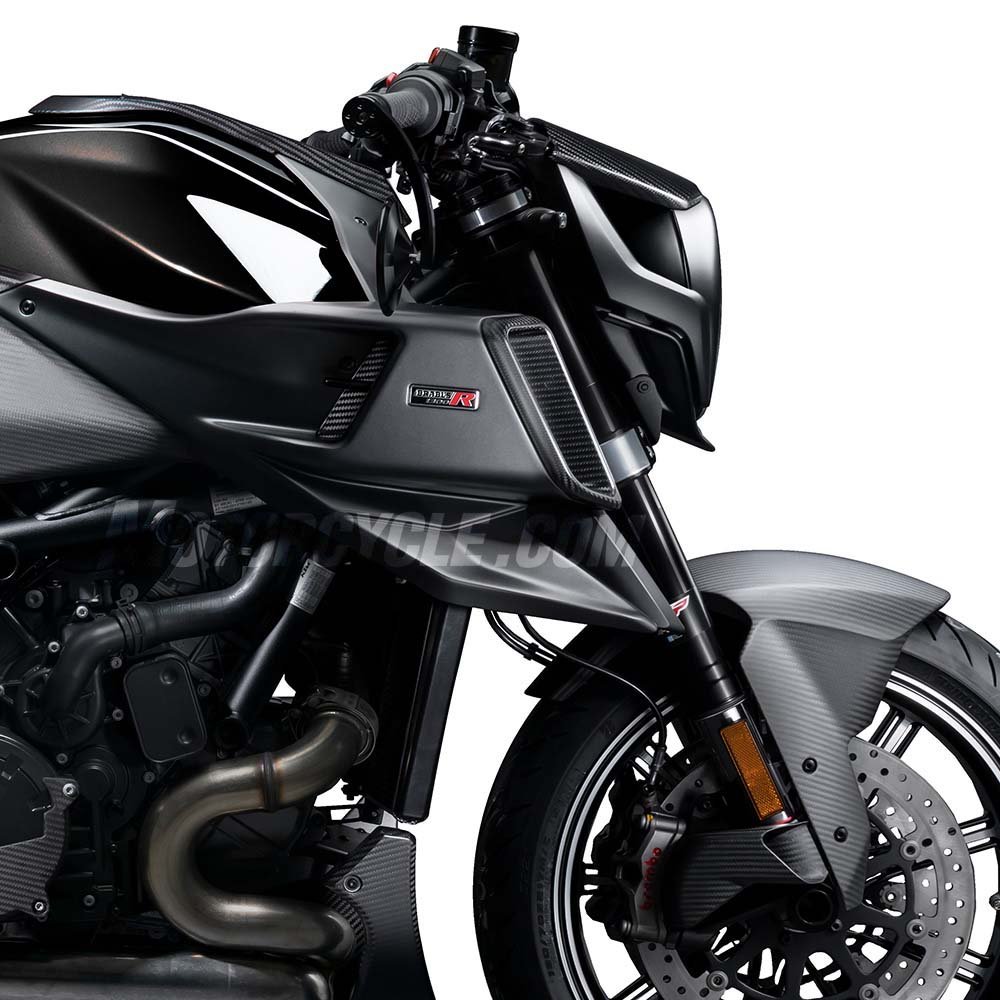 The Brabus 1300 R is also clad with carbon fibre components, including the headlight shroud, tail and fuel tank.

Other features brought forward from the KTM include the PASC slipper clutch and PANKL transmission. 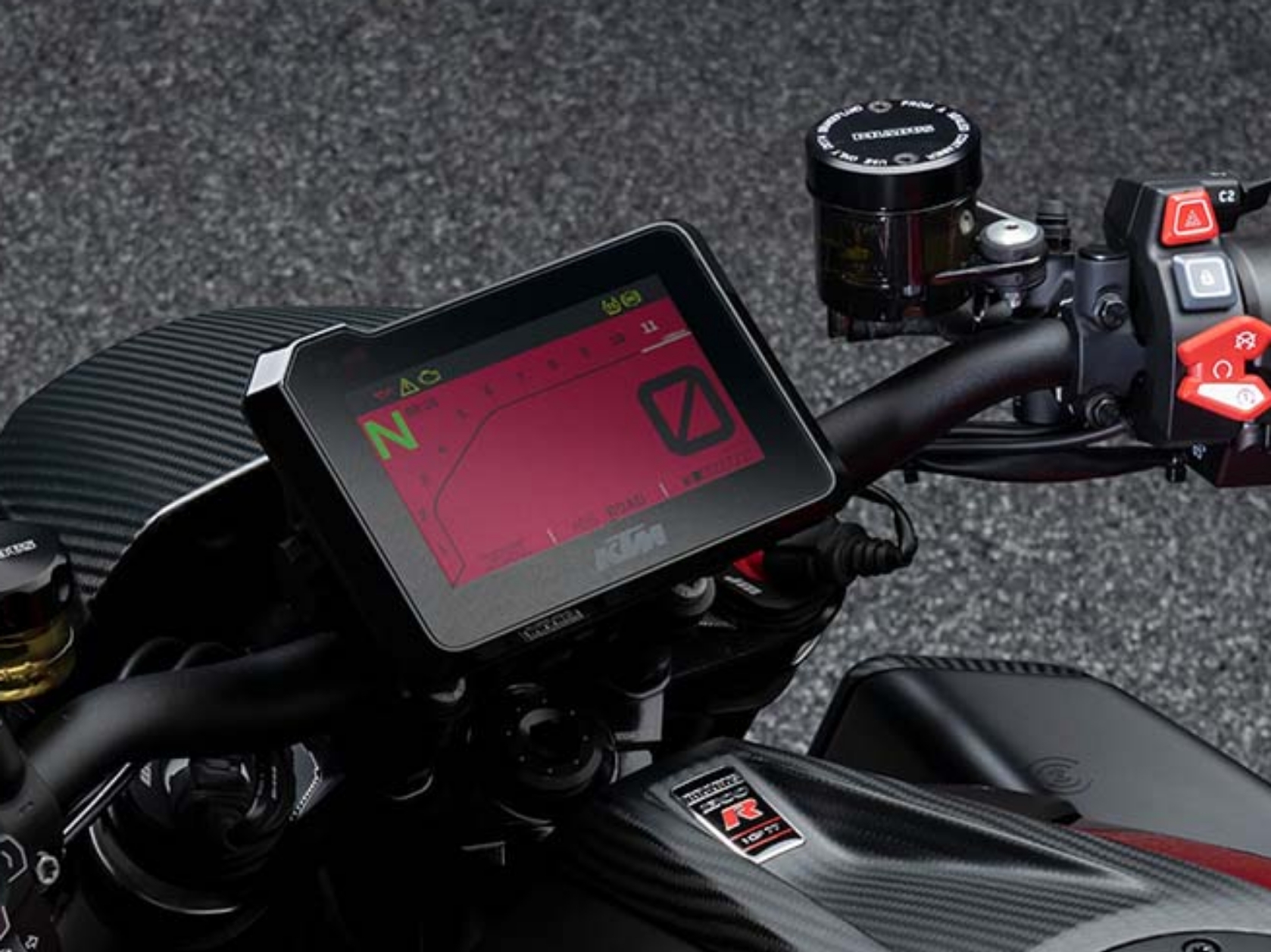 Other significant changes include a black paint job, a thicker saddle with heated seat function, and fully-adjustable hand levers.

Brabus also retains the same electronic package from the EVO, which includes:

The 2022 Brabus 1300 R will be available in Magma Red and Signature Black colourway and is limited to just 77 units.