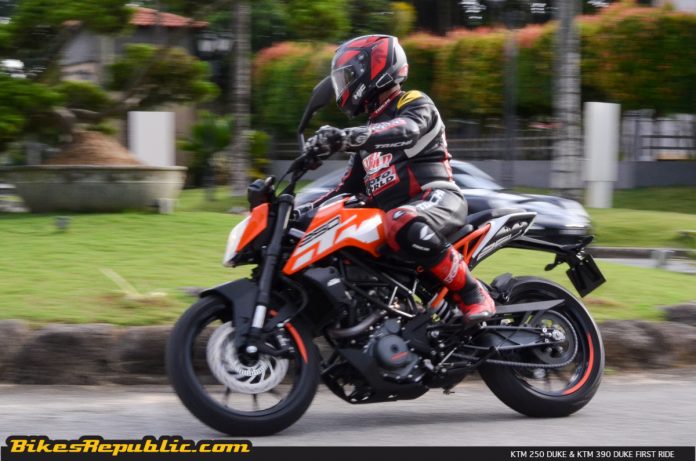 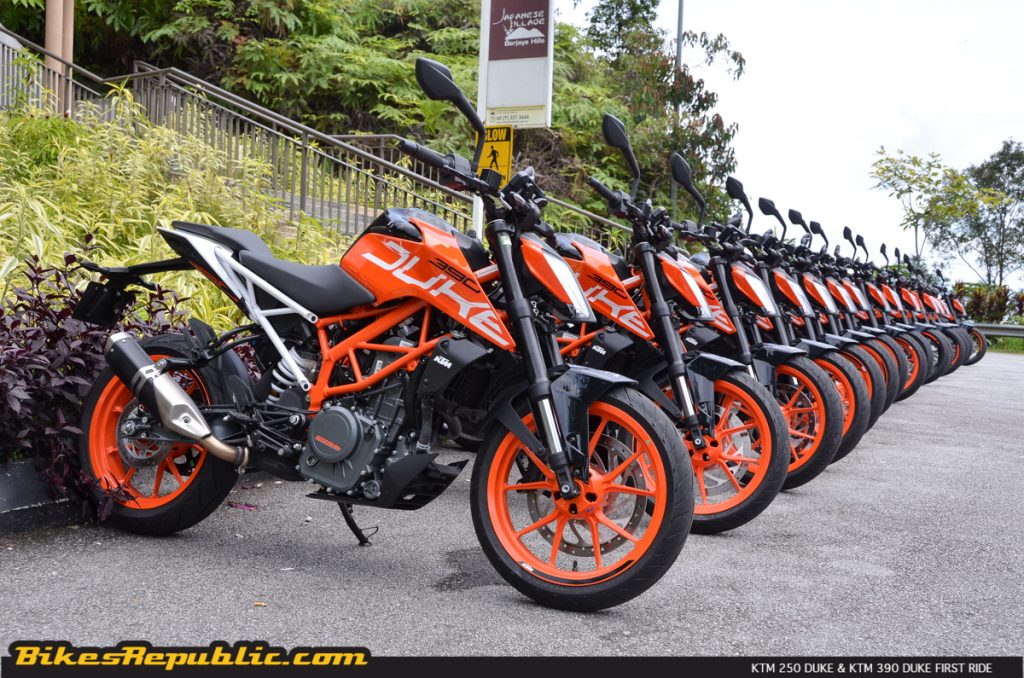 Hot on the heels of the KTM 250 Duke and KTM 390 Duke official last night (click here for the news), KTM Malaysia had organized a special program for the motoring media today (27th September 2017).

Known as the KTM 250 Duke & KTM 390 Duke Media Ride, members of the media were given the privilege to test ride both the new models for day. 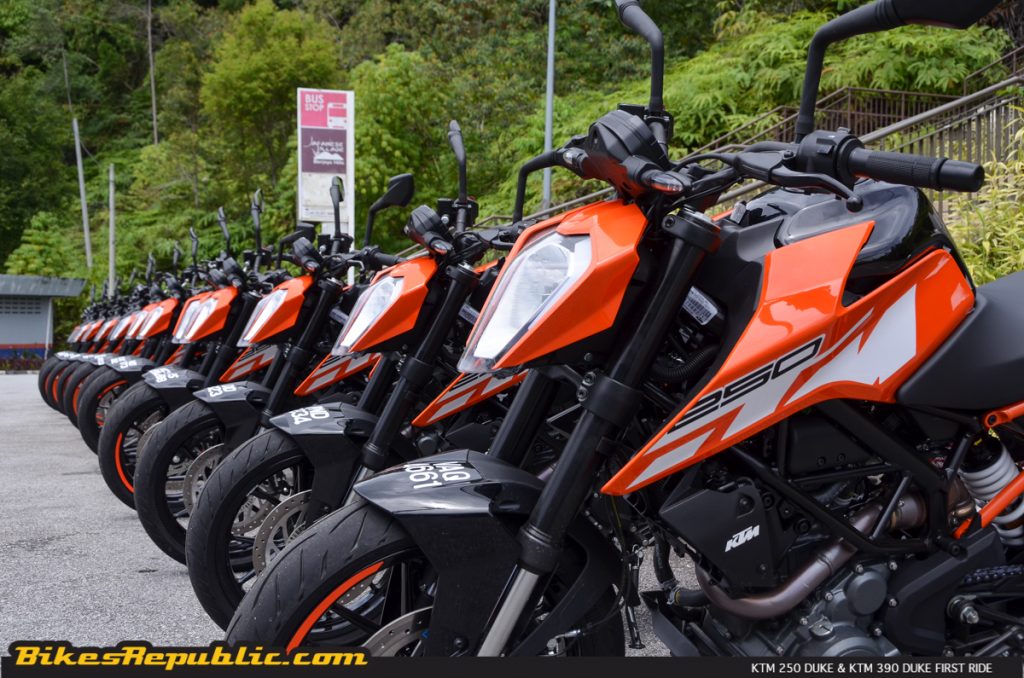 The Media Ride began from the eCity Hotel, just after a heavy rain squal.

Inspected up close, the new 250 Duke and 390 Duke are much more refined with good build quality, fit, finish and feel. Gone are the ill-fitting panels and seemingly wayward welds on the frame. Gone too are the aluminium engine hangers of old – the engine is now attached directly to the frame. The paintjob is also even throughout. 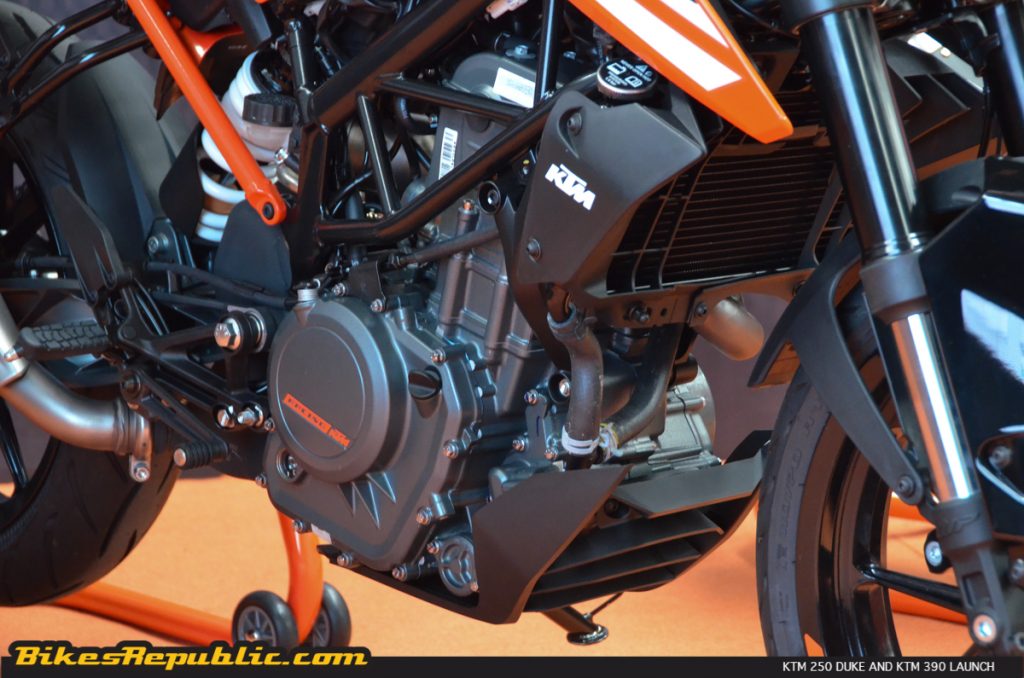 The spec sheet quoted an increase of 30mm in the seat height. Some of us were concerned how it would affect average Malaysian who are shorter in stature compared to their Caucasian counterparts. But the rear spring sags downwards like a dirtbike as soon as we got on and most of us, including me who is only 167cm tall could place one foot flat on the ground or have both feet reaching terra firma comfortably.

The redesigned seat was also comfortable and doesn’t feel like a piece of plywood painted black. It was comfy, wide and long. 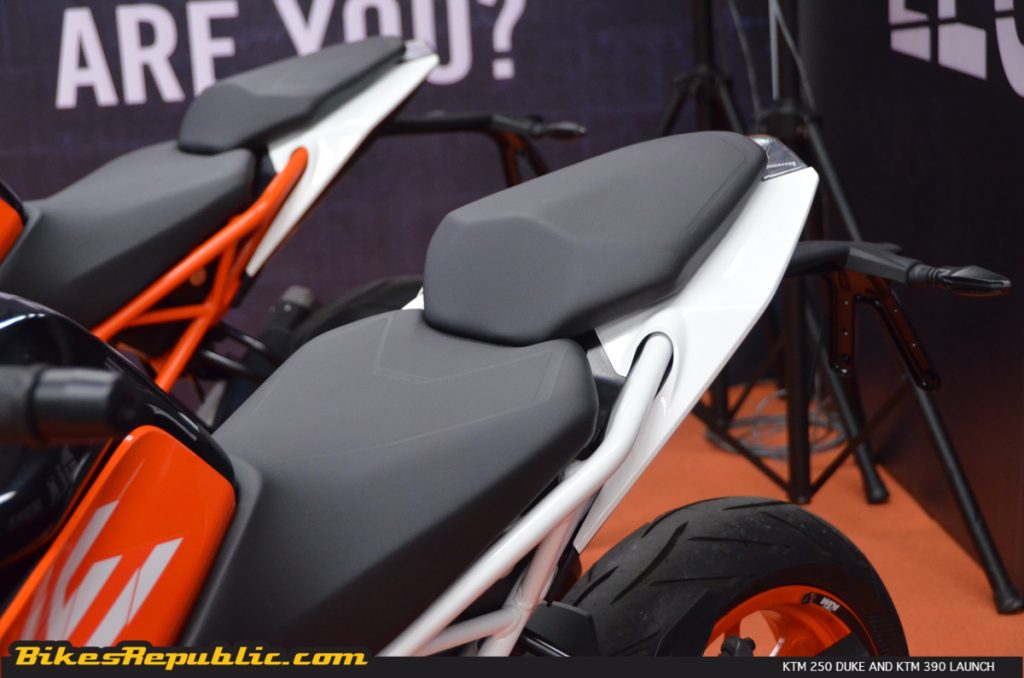 The rider’s triangle – relationship of the seat to the footpegs and handlebar – has been revised for a much more comfortable reach. The handlebars are closer to the rider and set at just the correct height, without being too sporty or too upright. The footpegs were also placed high enough without being too rear set. The handlebar is narrower, like a naked sportbike’s instead of being wide like a motocrosser’s.

KTM Malaysia had prepared seven 250 Dukes and eight 390 Dukes. I started out on the 250 Duke when we left the hotel. We surprised as soon as we thumbed the starter button. Gone is the “loose piston” sound, replaced with a smooth throb (although muted). 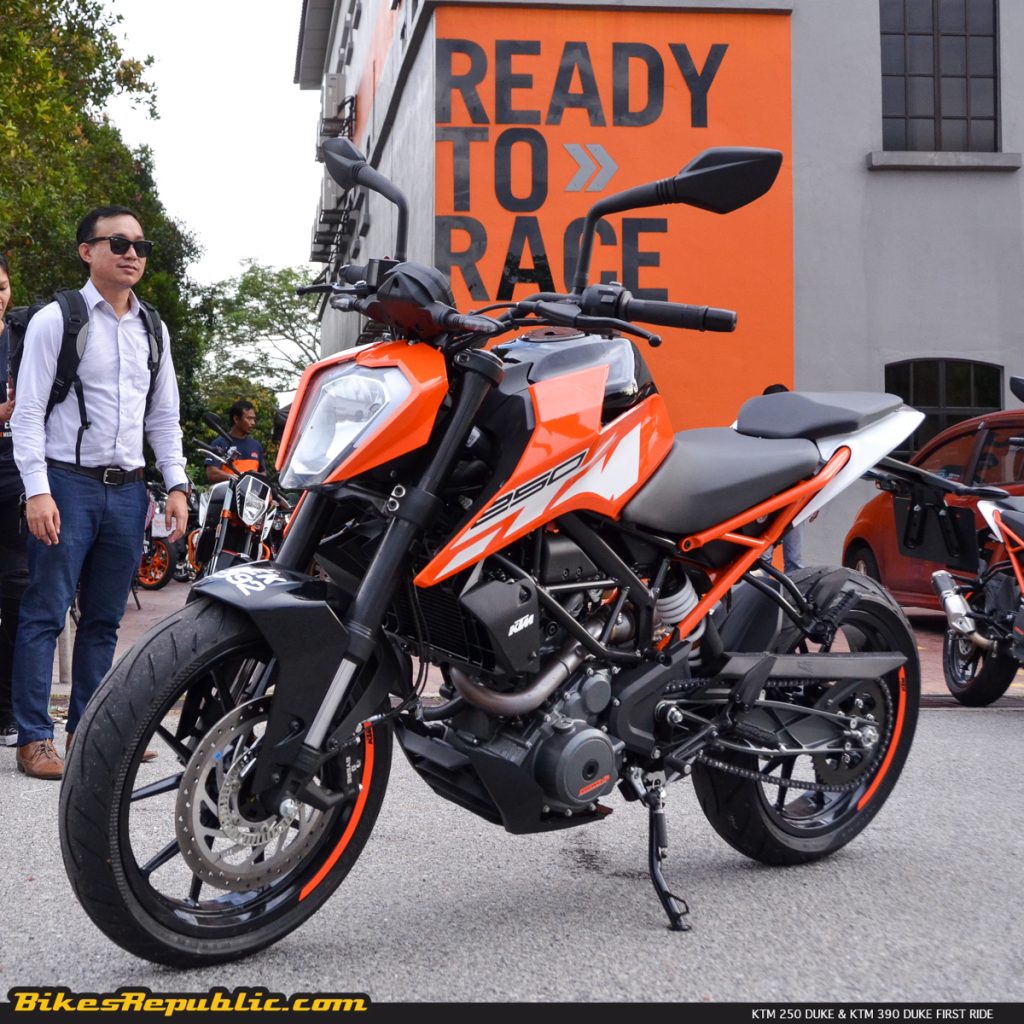 The Duke 250’s instrument panel had been carried over from the previous models, thus finding the information I sought took only a quick glance. 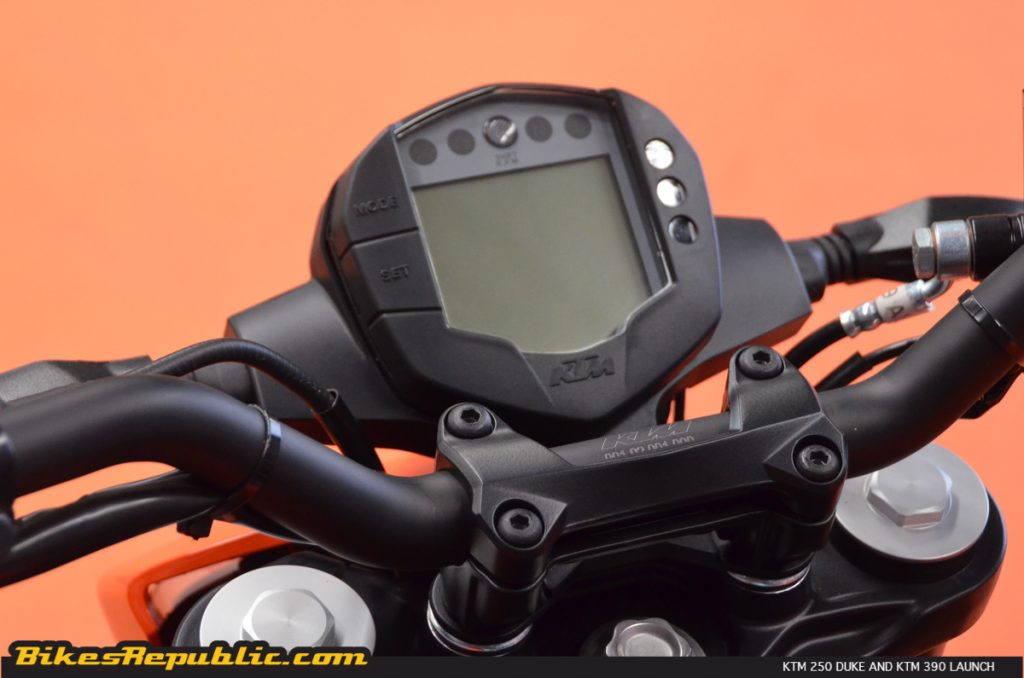 We headed to Bukit Tinggi, via the Karak Highway. We opened up as soon as we hit the NKVE. the 250 pulled smoothly through its rev range. There was a little vibration as expected from a single-cylinder motorcycle, but it was definitely much smoother this time around.

There was also an appealing “vroom” from the new exhaust and airbox below the tank. 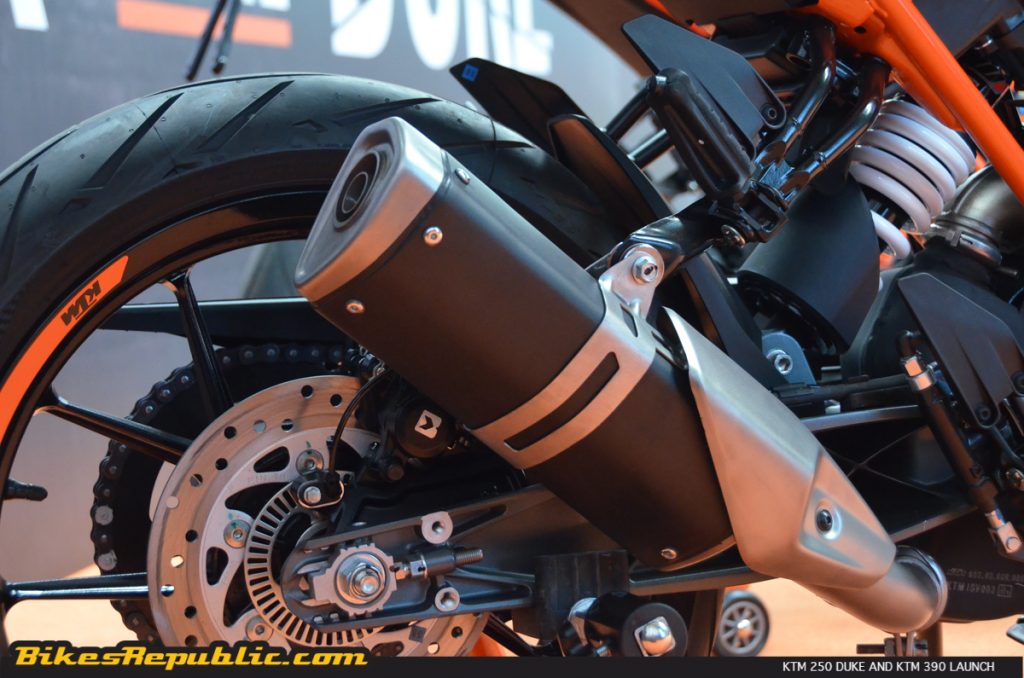 We were expecting the 250 Duke to lack the grunt to punch through traffic, but we were pleasantly surprised to find that it could actually hold its own. The engine started to lose its breath at around 125 km/h but still pulled to 137 km/h in my hands, ( I was being careful as it was a new bike and I didn’t want to hurt it) but another journo had hit a tad over 140 km/h.

While that doesn’t sound a lot, bear in mind that it’s a one-cylinder engine and the speedometer is super accurate, plus the fact that these bikes have not being broken in.

The 250 Duke’s handling was predictably agile as it cut through the heavy traffic.

I switched over the 390 Duke at BHP Gombak. Facing me immediately was the new TFT-display and control buttons on the left handlebar. They reflected those on the 1290 Super Duke R. 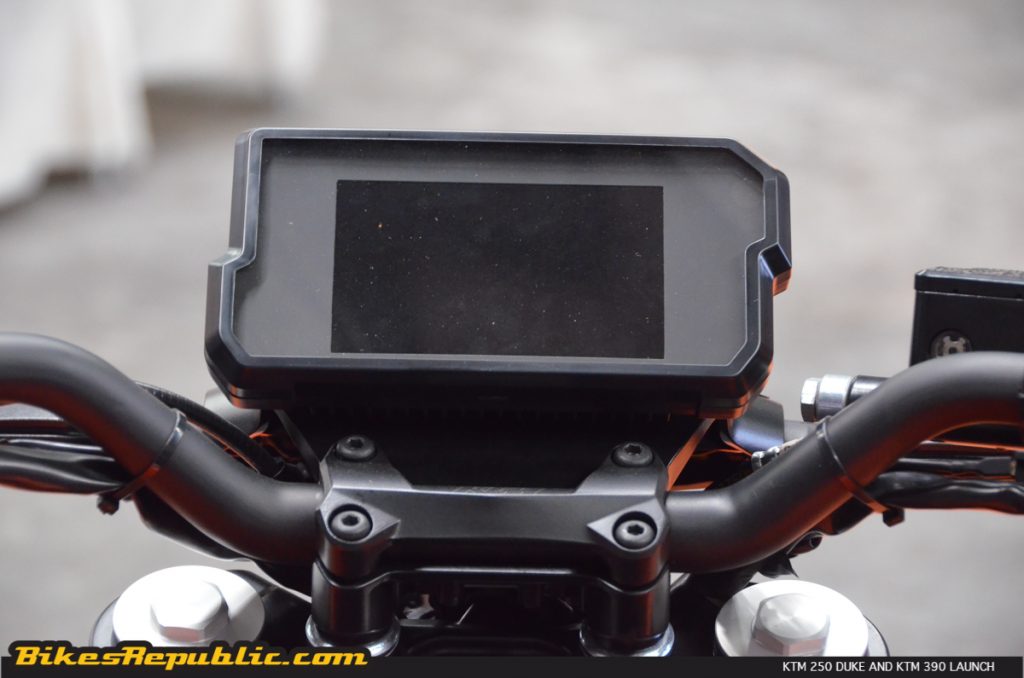 The engine fired up to a soft rumble, you knew there’s was something more substantial in there, compared to the 250 Duke.

Right from the off, the 390 Duke had a big torque, belying its 373cc. I kid you not, it felt like a bigger engine. 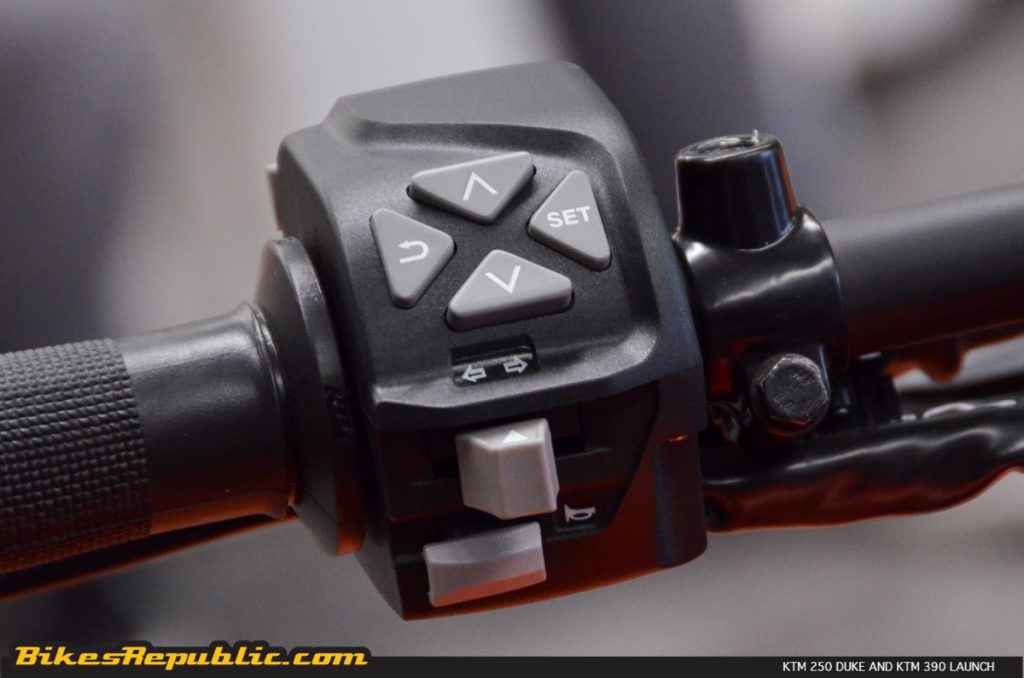 Out on Karak Highway, the 390 Duke’s engine pulled hard for its size and cleanly through its RPM range. But what was more enjoyable was how that torque and power was put to work around corners. Whereas you’d normally downshift for more push off a corner, you could usually select a higher gear and just leave it there, making it especially fun when charging up Bukit Tinggi. 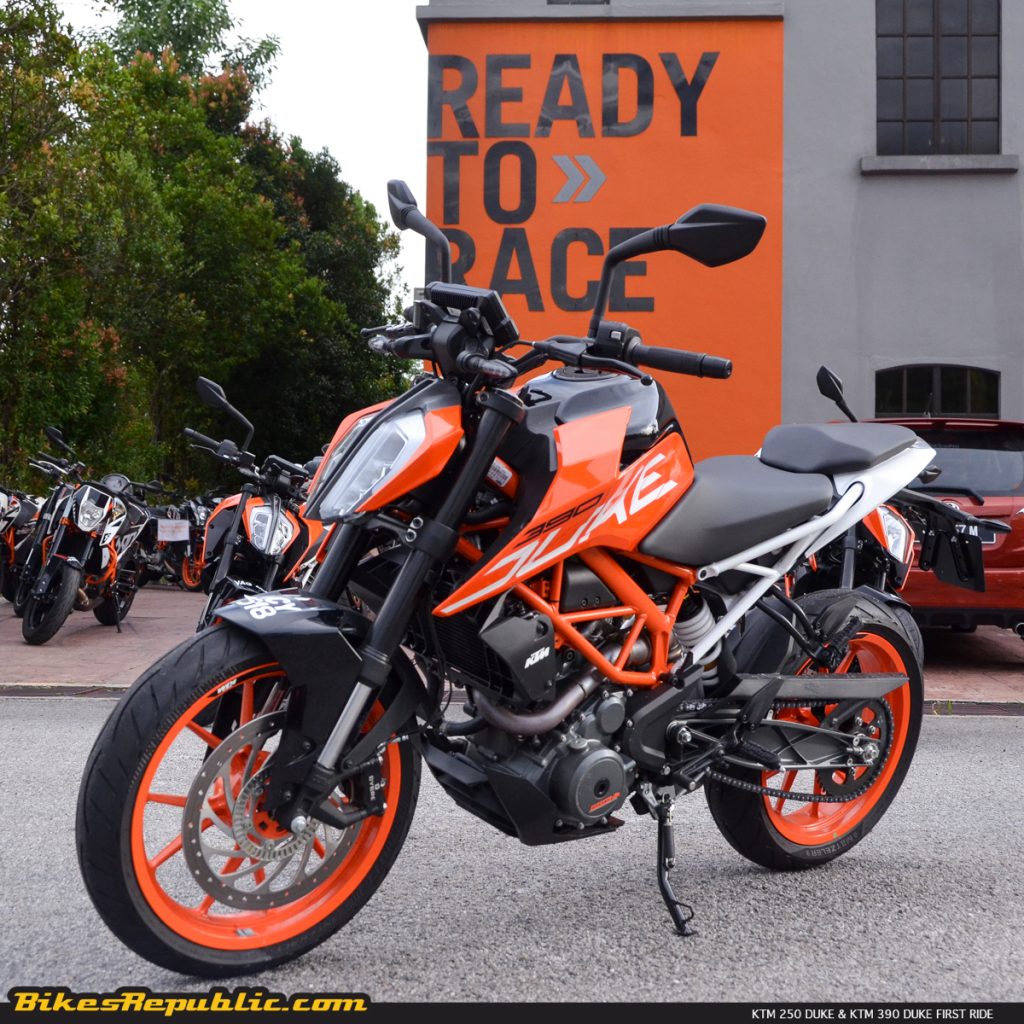 It has to be said that KTM had chosen the best location to highlight the characters of both bikes by choosing Bukit Tinggi. The feeder road is only one lane up and down, and the corners are sharp with many decreasing ones.

Both Dukes flicked through them so keenly there were many occasions when I realized that I didn’t countersteer. 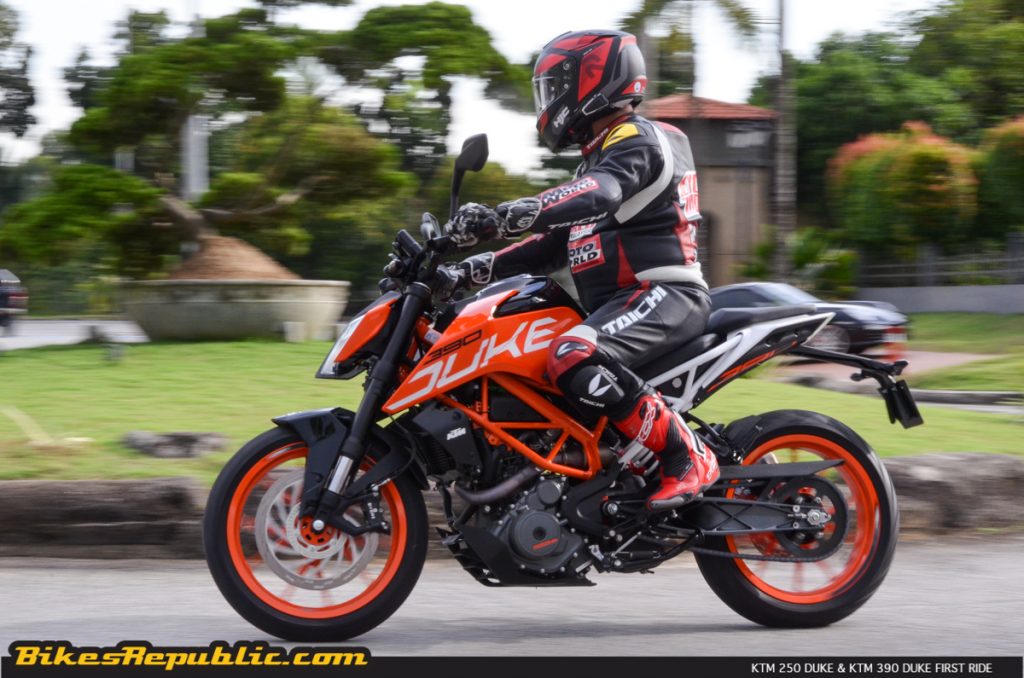 The suspension doesn’t throw you around like potato chips in a bag now and they certainly didn’t wobble or pump up and down in corners.

The 390 Duke’s front brake was mighty impressive too. A one-fingered pull was usually enough for most occasions.

Needless to say, we came away very impressed with the new Dukes. Stay tuned for the full review soon!