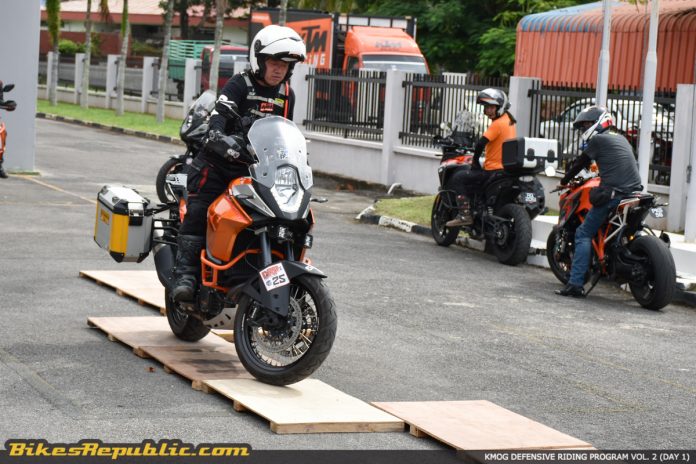 KTM Malaysia pitched in with professional riders and logistical support.

Day One consisted of slow-speed programs and maneuvers. 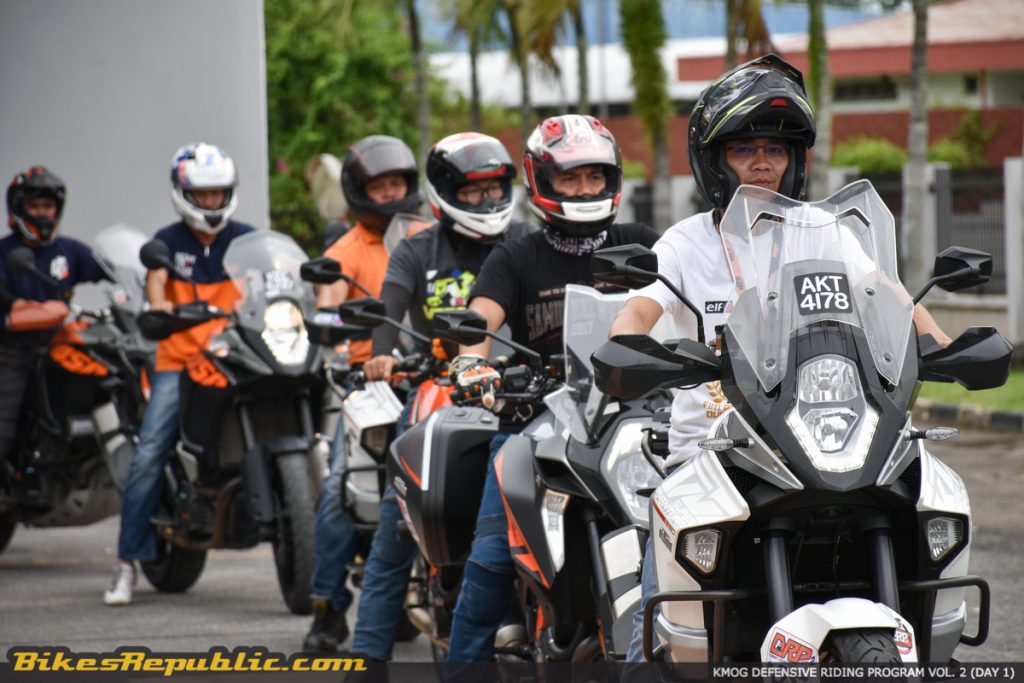 There is no doubt that modern motorcycles are continuing to be ever more powerful. For comparison, the groundbreaking inline-six Honda CBX1000 in 1978 produced 105bhp but weighed a massive 272kg wet. The 2017 KTM 1090 Adventure, on the other hand, produces 123 bhp, and weighs a lithe 228 kg wet. 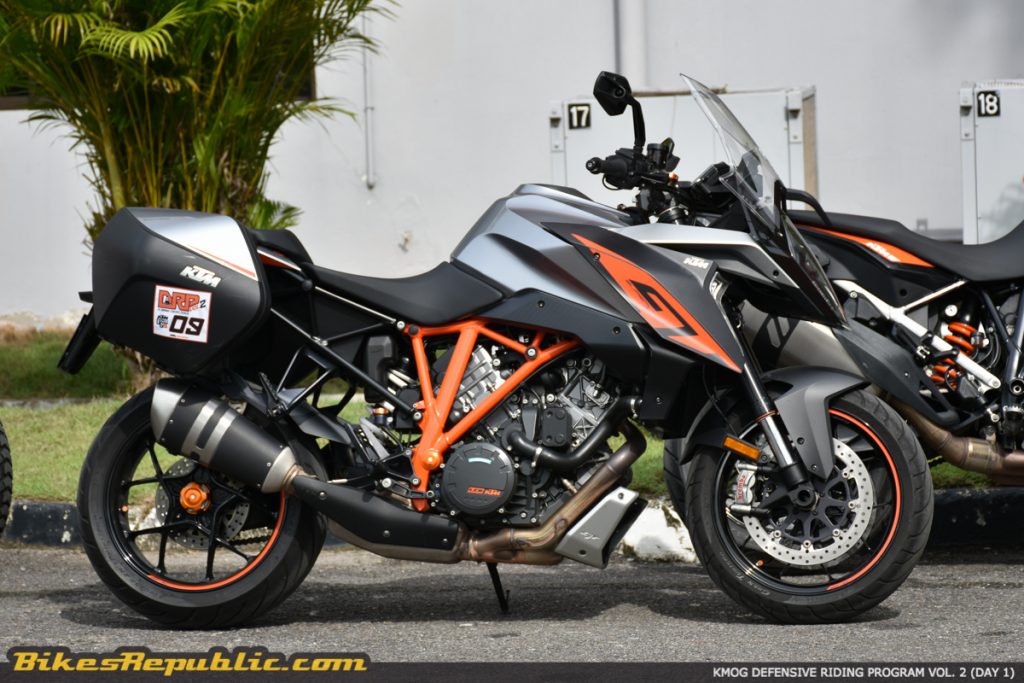 Corresponding to the increase in engine power and performance, rider training and skills become even more critical. While it’s true that most modern big capacity motorcycles feature rider aids such as ABS, traction control, stability control, electronic suspension and so forth, but the basics and dynamics of riding a motorcycle remains the same as riding one produced forty years ago. A mistake may risk the rider being thrown off, or worse. 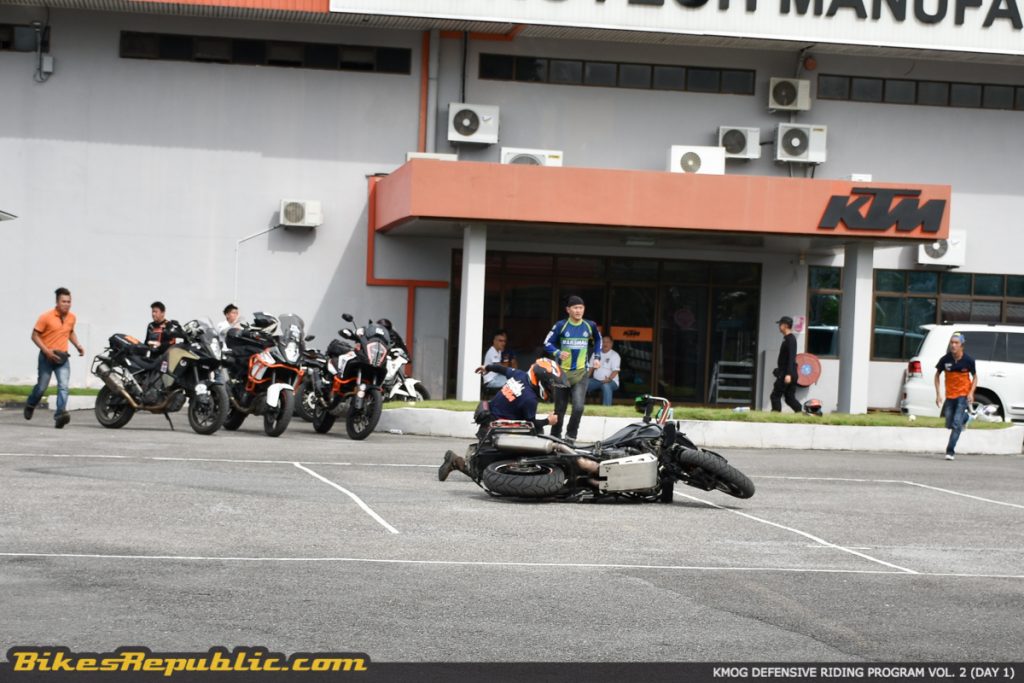 In this sense, it’s only right that manufacturers and rider groups take proactive steps in promoting advanced rider training.

KTM Malaysia Owners’ Group (KMOG) have been organizing events for their buddies ever since its inception. They have just completed an offroad training clinic and ride not long ago, and are now following through with a riding clinic on tarmac. 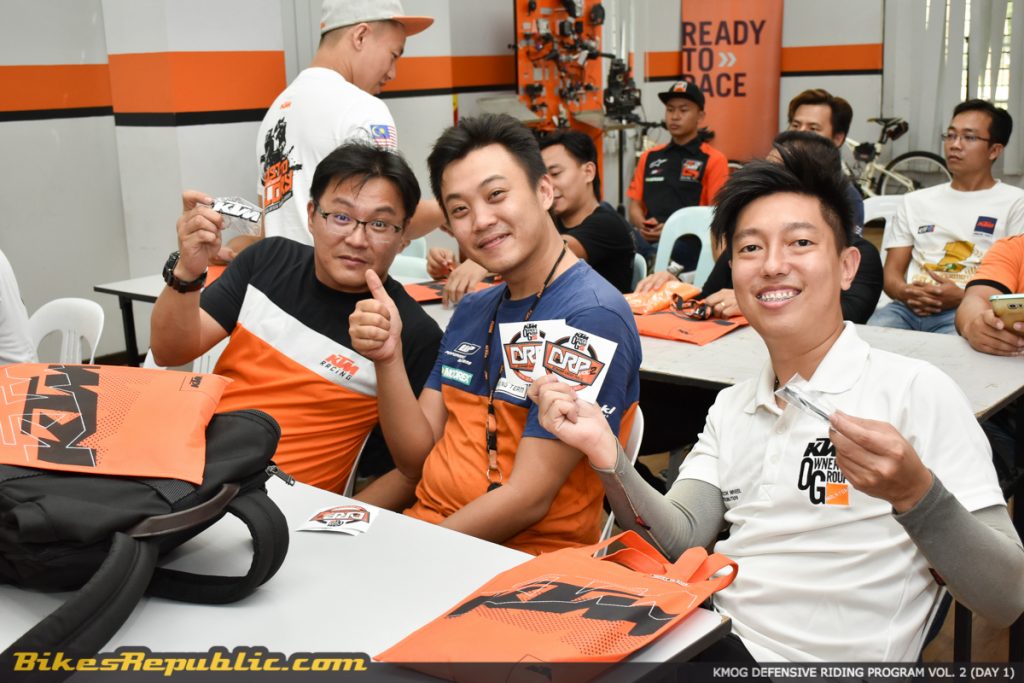 Called the Defensive Riding Program (DRP) Volume 2, the event was held over 18th to 19th August 2017 weekend. As the name suggests, the clinic seeks to improve the riding skills of KTM owners even further, through the understanding of their bikes’ capabilities and correct basic motorcycle handling skills. 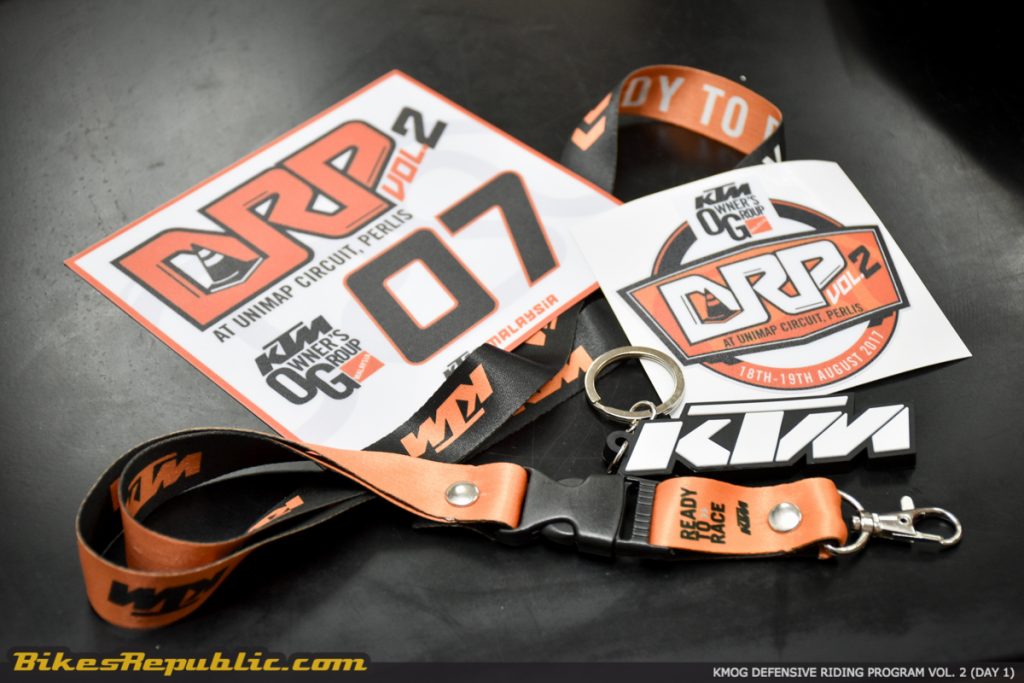 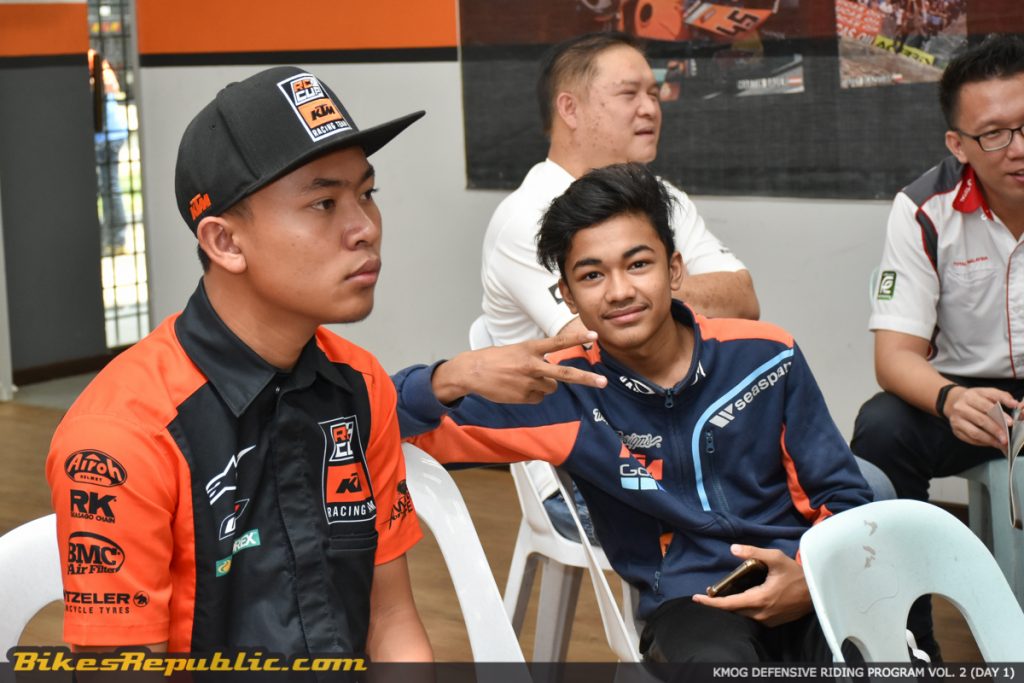 Day One was held at KTM Malaysia’s factory’s compound in Jitra, Kedah. 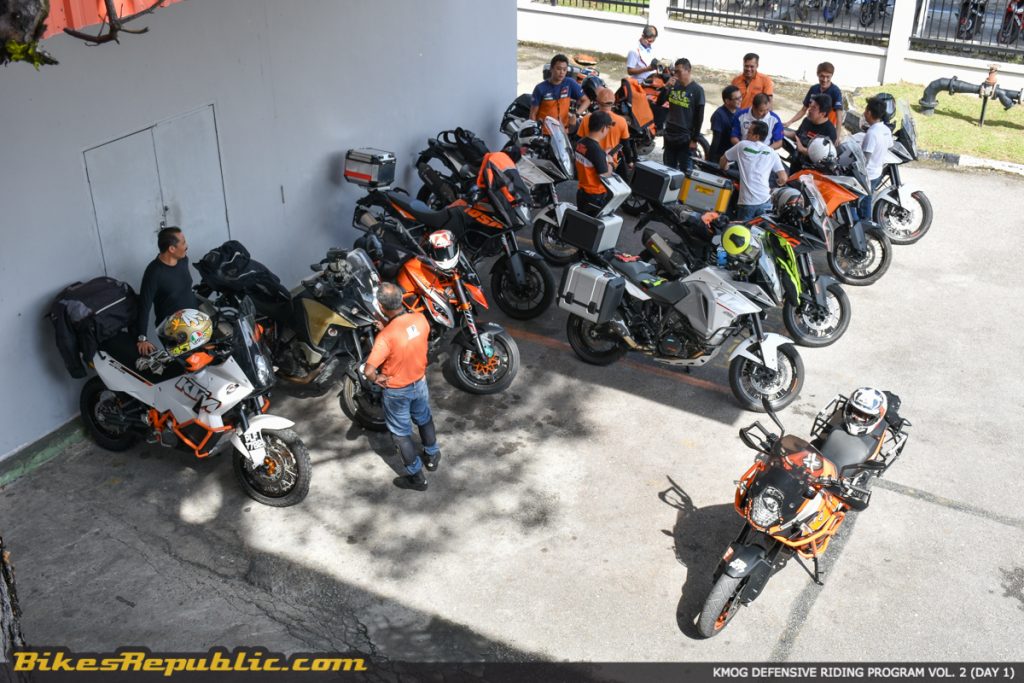 The day started with the program introduction and briefing by KMOG committee member, Ong Soo Yong; alongside KTM Malaysia’s Mohd. Nor Iman and Gabit Saleh. 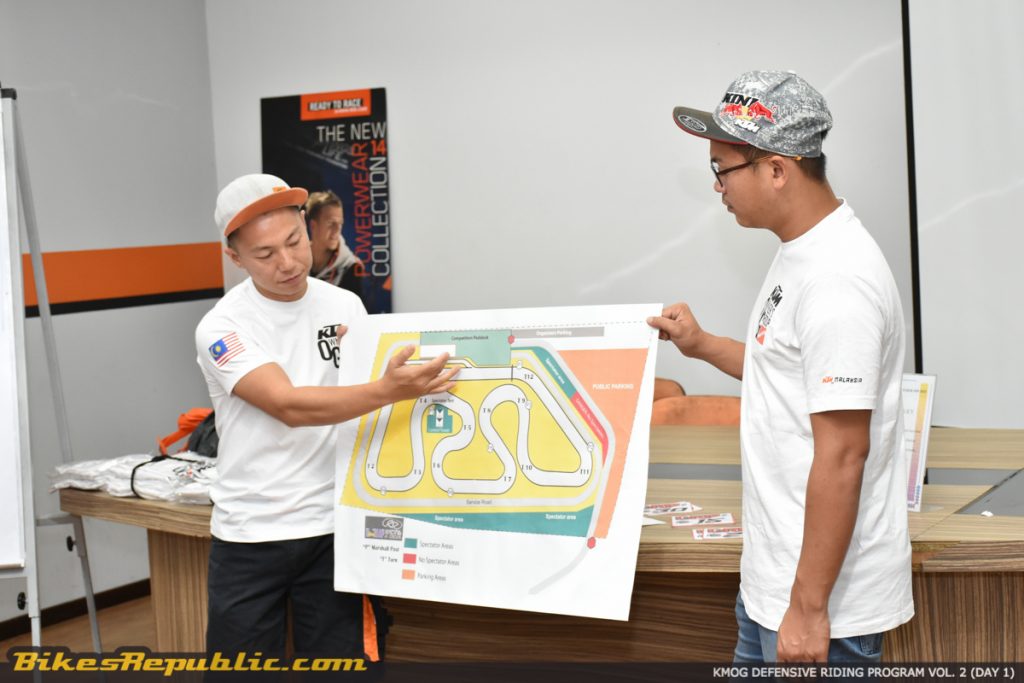 First lesson was called Bike Balance. Or more specifically, balancing a static motorcycle by holding it up with just one hand. Each participant was taught to grab or hold any one point of his motorcycle to feel the machine’s point of balance. Armed with that knowledge, the rider will know where he should position his body for the optimum weight distribution when the bike is in motion, especially at crawling speeds. 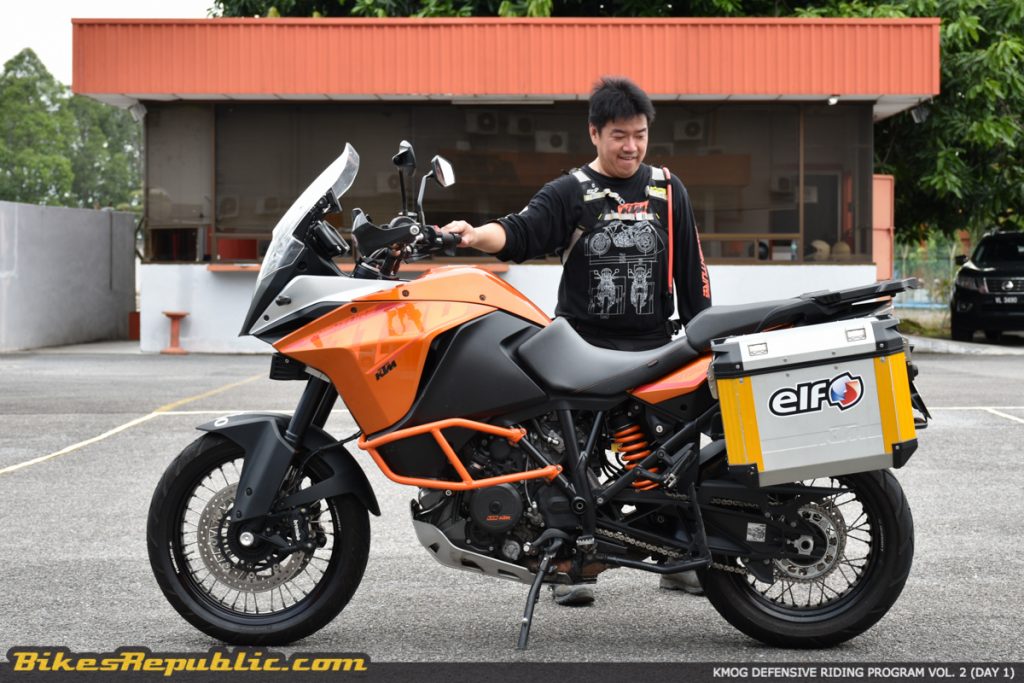 Next on the program was called Full Steering Lock Turn. The participants were taught on how to position their bodies and to riding loose when performing sharp turns with their steering turned to full lock at slow speeds. This skill is indispensable when performing U-turns and slipping through traffic. A box was marked on the ground and the riders need to complete their turns inside it. 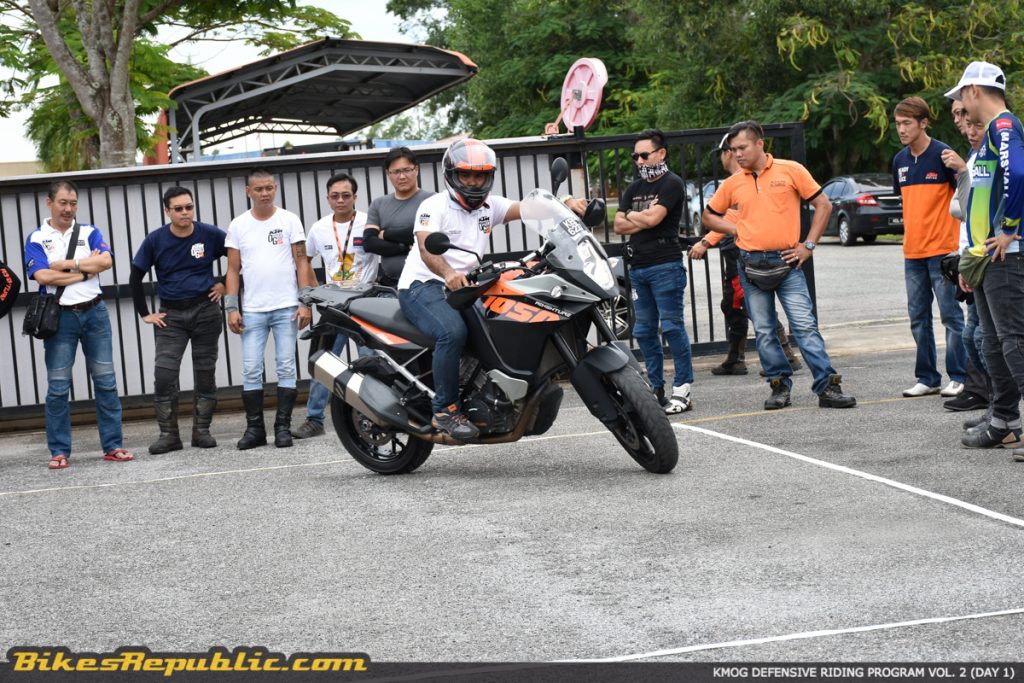 The Show Maneuver Techniques program was next. Participants rode up a set of wooden shipment pallets, arranged as a zig-zag shaped platform. It taught the owners how to balance their bikes while moving at slow speeds. 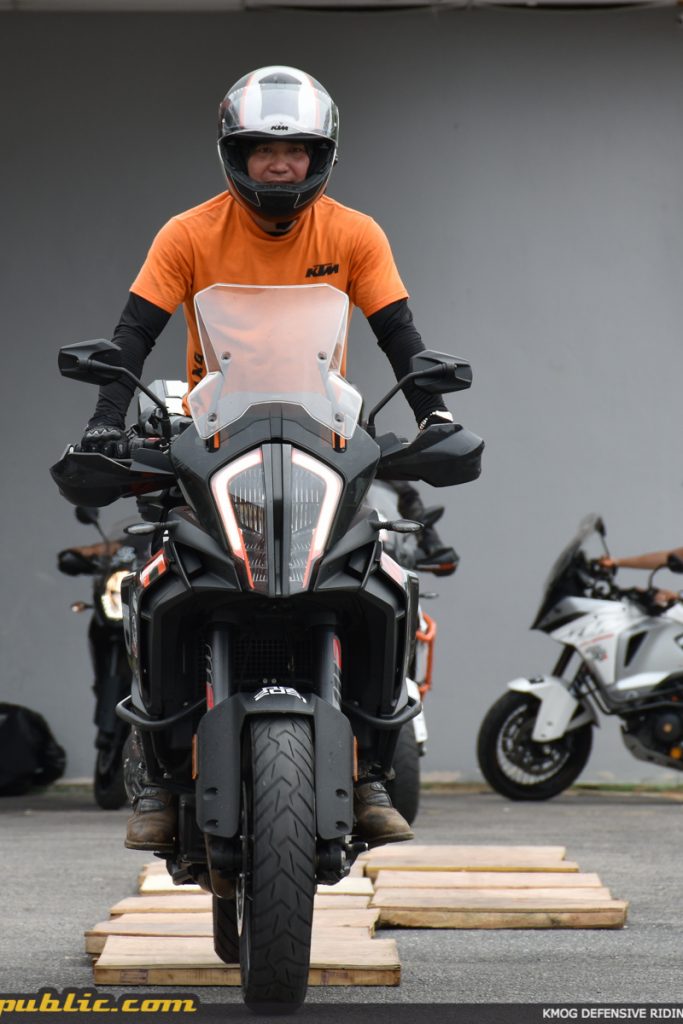 Lastly, all the techniques learned throughout the day were incorporated in the Time Trials. The owners started by riding over the platform and into the full steering lock turn area, to complete the “course.” Although it called a time trial, the objective was not to find the fastest rider. The slowest rider wins. 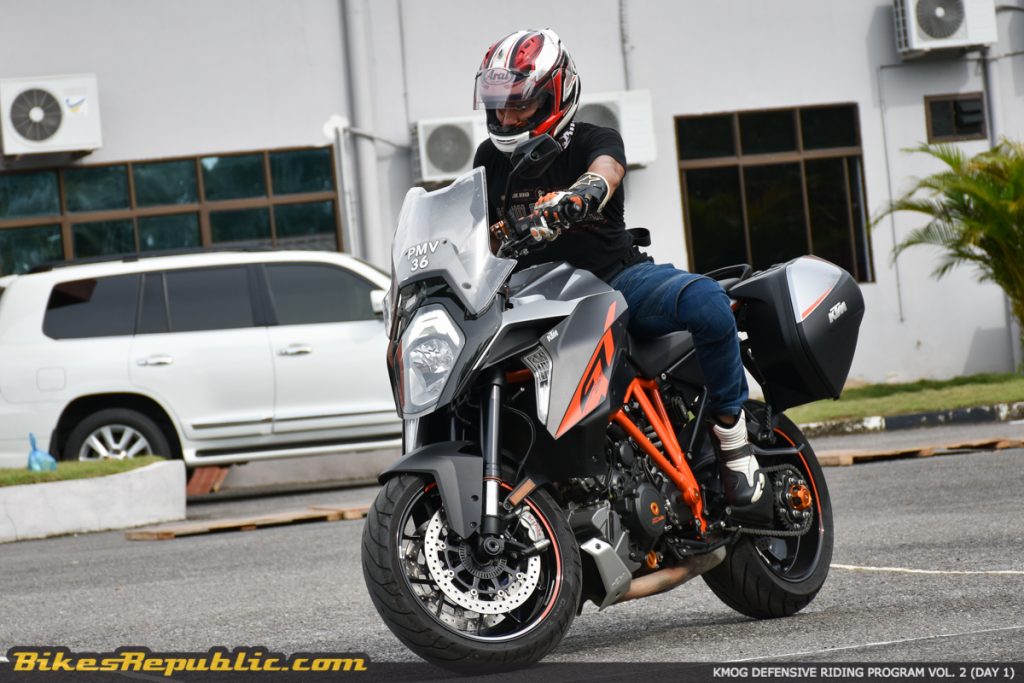 All the lessons emphasized slow-speed handling, because the motorcycle is more stable when its speed picks up due to the gyroscopic forces in the moving wheels, like what racers say, “When in doubt, give it gas.” However, it is through slow-speed riding and maneuvering that riders learn finesse and dexterity to enable them to ride better when travelling at higher velocities. 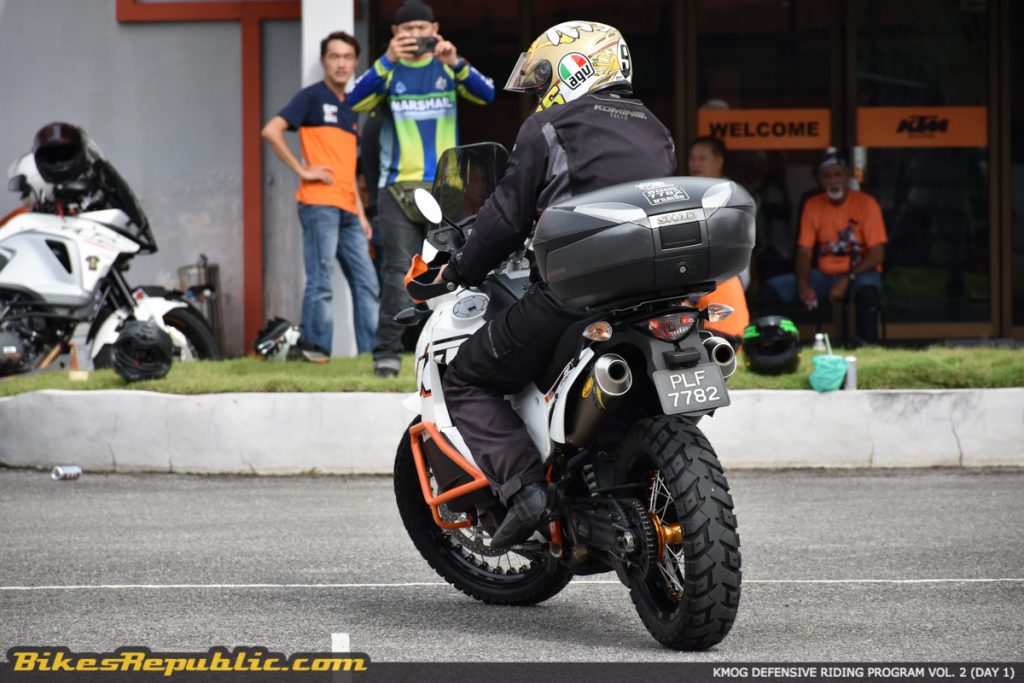 There were a few spills throughout the day, but the owners didn’t dwell on scratching their beautiful KTMs. Instead, they just laughed it off. Everyone had a great time and no one was hurt. 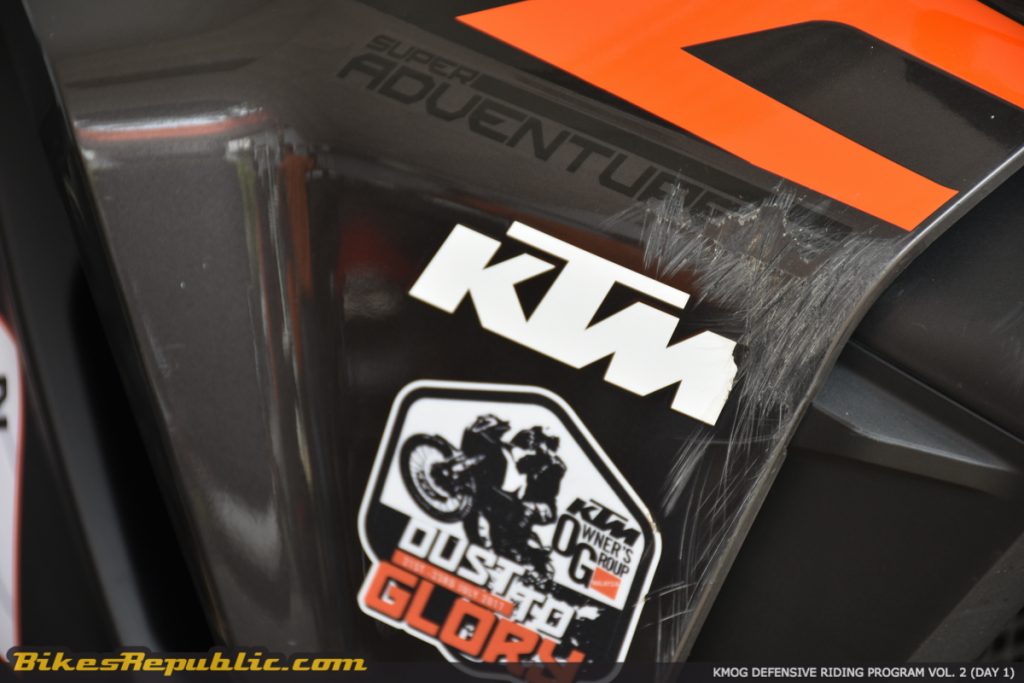 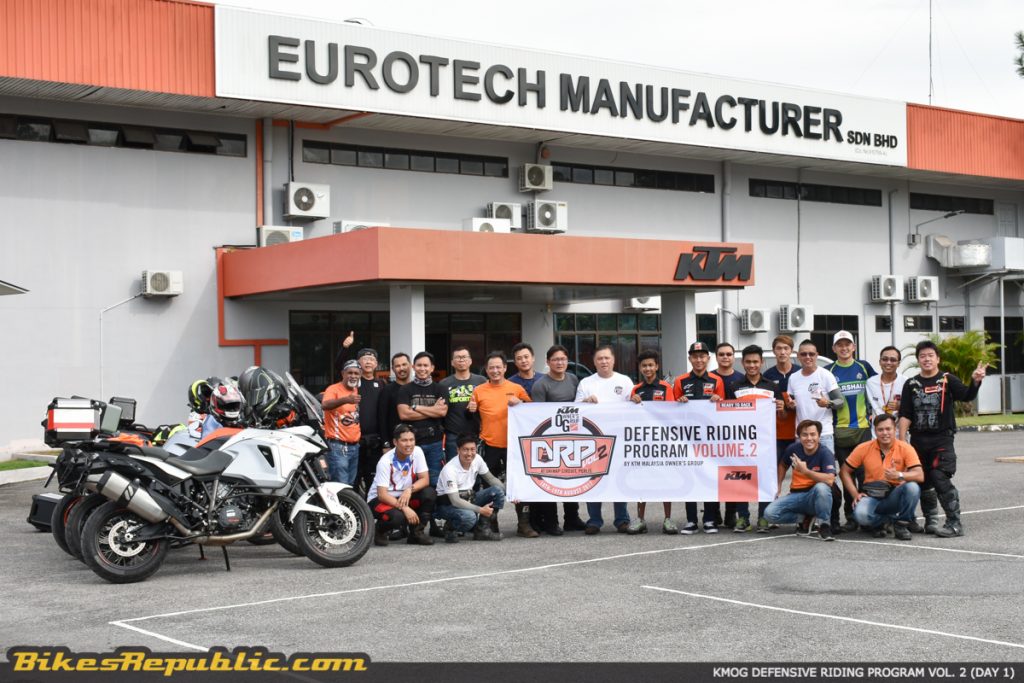 Surely, everyone is looking forward to it!