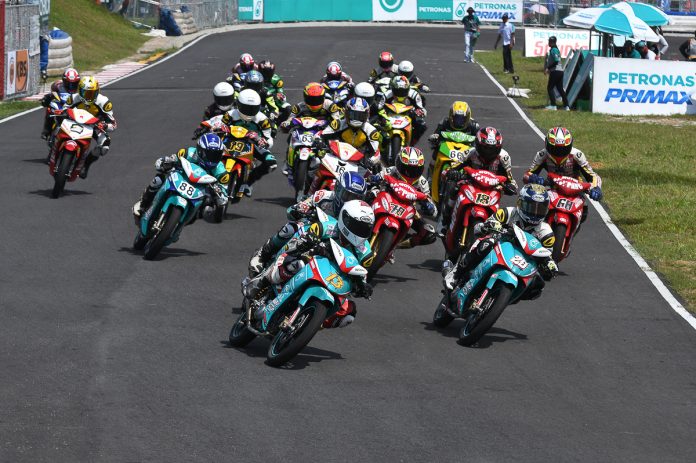 The Youth and Sports Ministry (KBS – Kementerian Belia dan Sukan) will set up a Pro-Tem Motorsports Committee (PMC), after the ousting of the Automotive Association of Malaysia (AAM) as the motorsports sanctioning body.

The KBS press release stated that the Malaysian Sports Commission has discussed the matter with KBS. The outcome of the meeting is to set up a temporary committee consisting of all motorsport bodies in Malaysia until a new sanctioning body is named by the FIM and FIA. 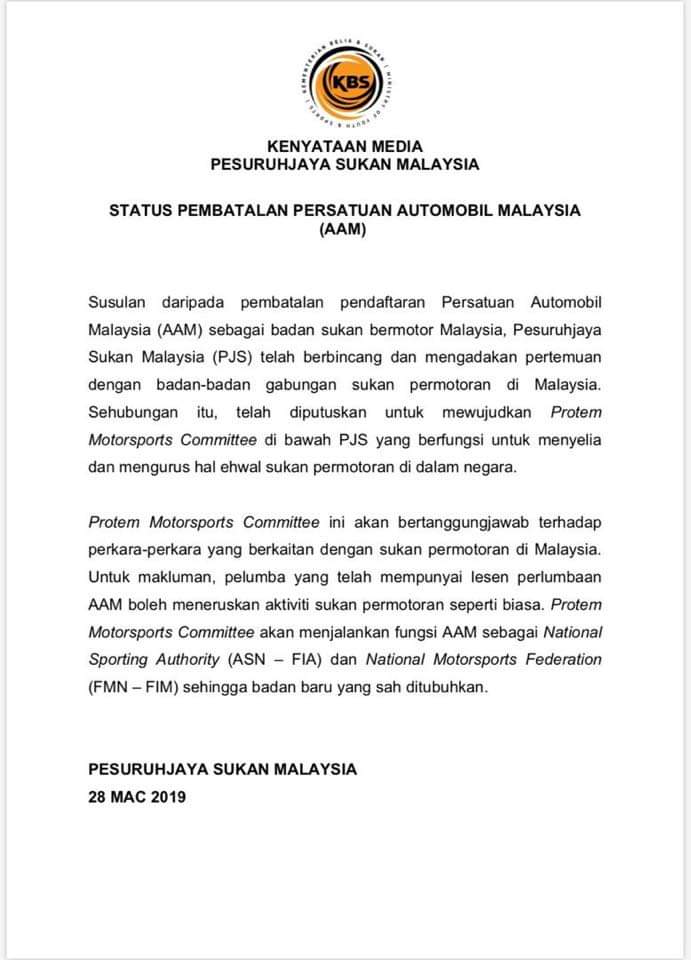 The PMC will oversee motorsport matters handled by AAM prior to their dissolution. As such, it will temporarily function as the National Sports Authority for the FIA (ASN-FIA) and National Motorsports Federation for the FIM (FMN-FIA).

The press release also stated that current AAM racing license holders may continue with their sporting activities as usual.

The statement regarding licensing will be a news much welcomed by the country’s professional racers. They had earlier voiced their concerns about the legitimacy of their racing licenses and insurance that were issued by AAM.