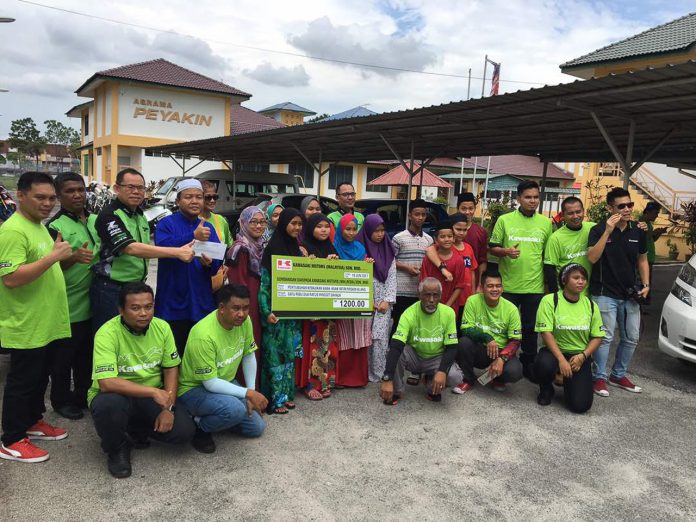 The Kawasaki management group together with 60 bikers from Kawasaki Owners Group (KOG) and over 100 participants helped out in distributing the over 3,000 bubur lambuk all around Klang Valley.

The delicious Ramadhan porridge packets were given out to a number of orphanages, fire and police stations and patrons of a nearby Bazaar Ramadhan in Shah Alam. 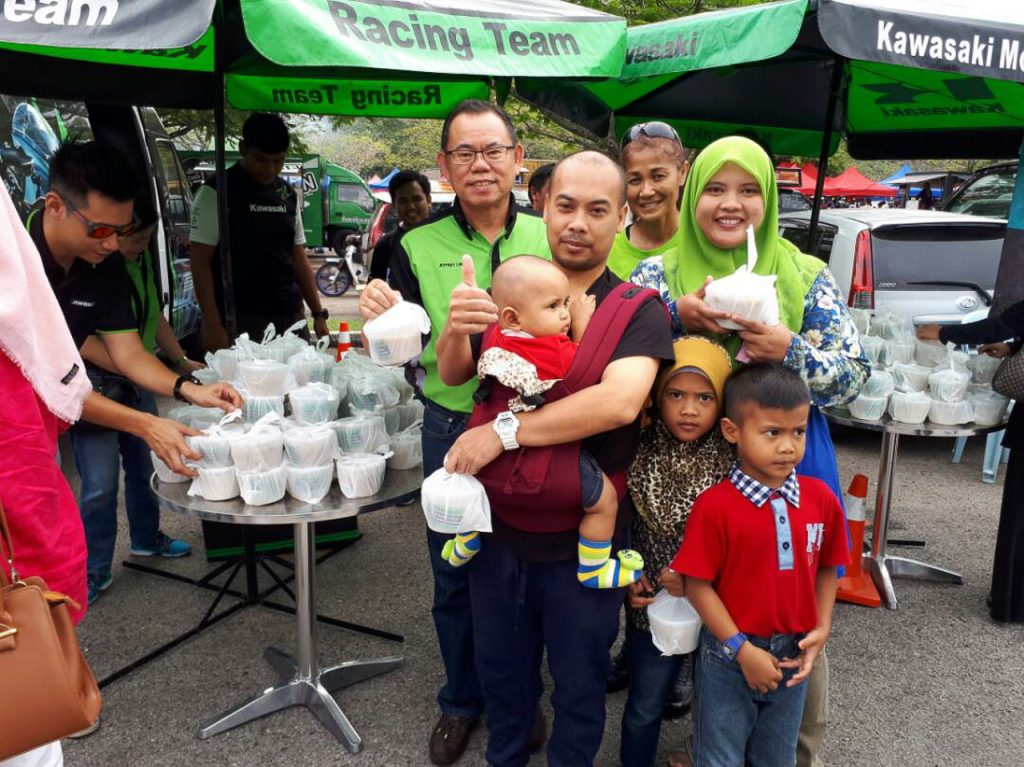 During this holy fasting month of Ramadhan, Kawasaki Motors Malaysia Sdn Bhd (KMSB) has decided to help the less fortunate with their special outreach program as part of their plans to get closer with the public. The management group together with the help from 60 bikers from the Kawasaki Owners Group (KOG) and over 100 other participants, they carried out a very special program dubbed the “Gotong-Royong & Agihan Bubur Lambuk Kawasaki”. 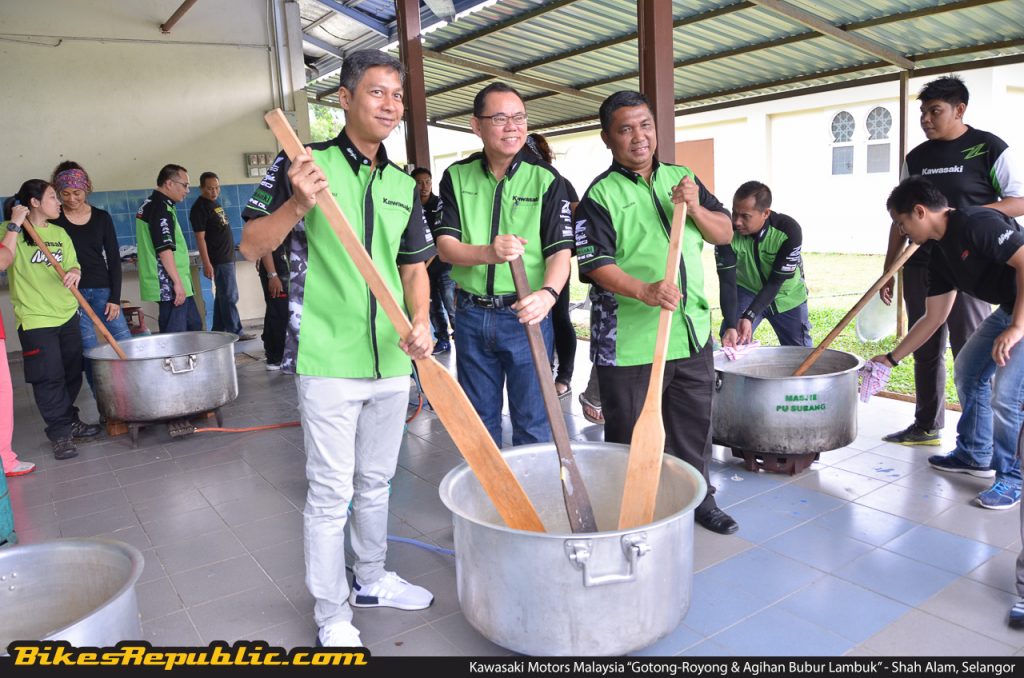 The program ran its course yesterday which started at the Masjid Al Muhajirin located at the TUDM Shah Alam started the gotong-royong which was led by Tuan Razali, a chef and also a member of the Kawasaki Owners Group (KOG) which brought the group to the mosque on board his beloved Kawasaki Z800. 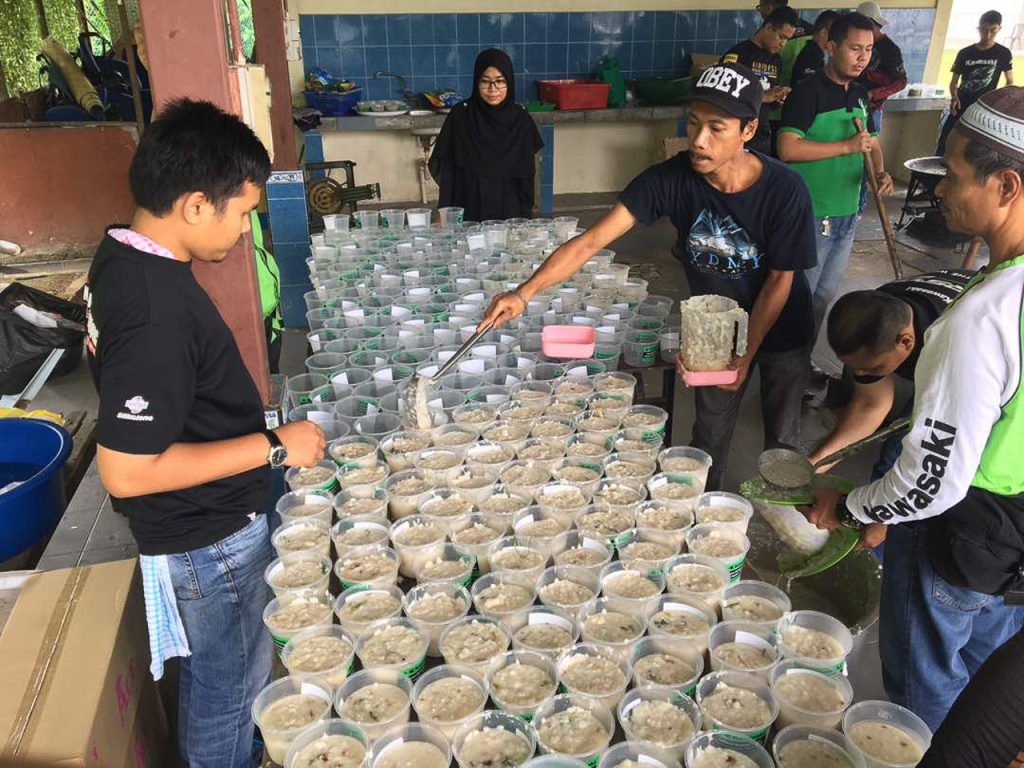 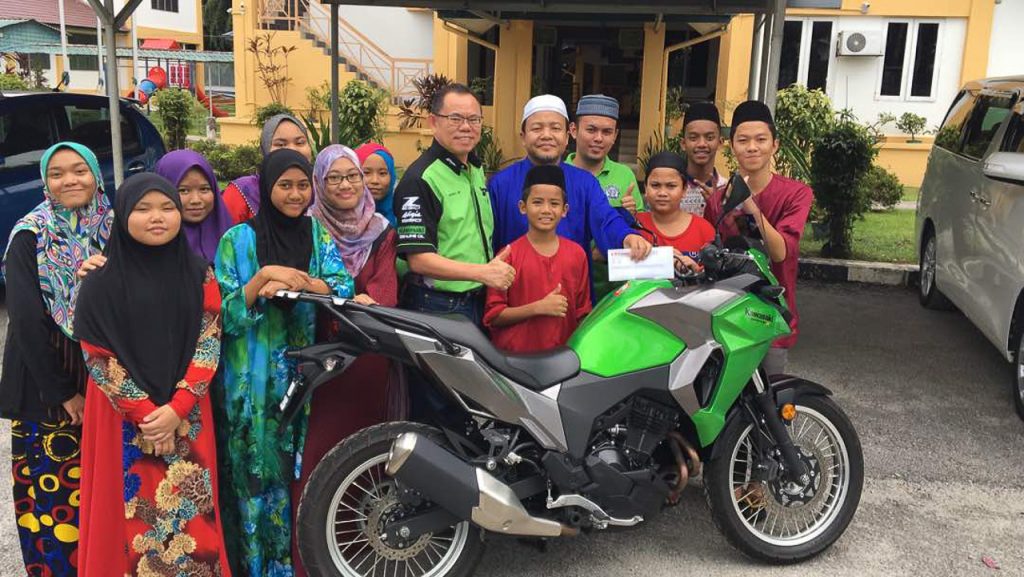 Some were also distributed to the Taman Anggerik Fire Station in and the Bukit Jelutong Police Station as well as at the one of the biggest Bazaar Ramadhan in Selangor located at the Stadium Melawati, Shah Alam. It’s not every day you can get free porridge from the Managing Director of KMSB himself, Dato’ Jeffrey Lim. 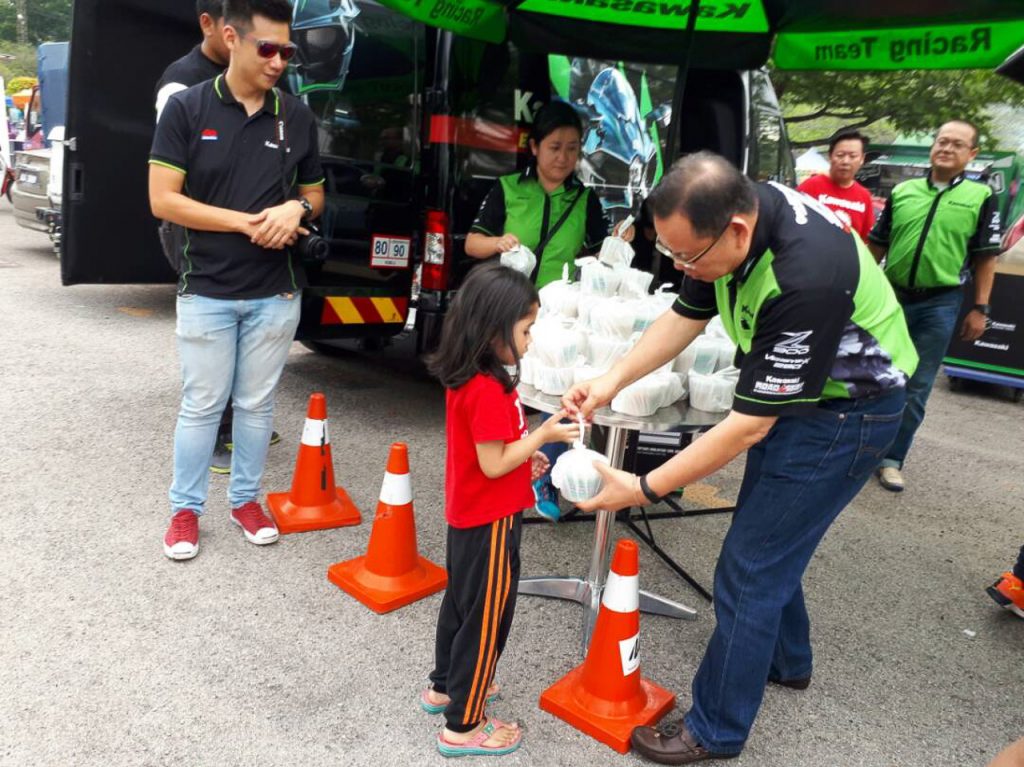 Besides the delicious bubur lambuk, KMSB and members of the KOG also gave out donations to the orphanages as part of their first CSR program which will be followed by many more in the coming months. With this effort to make the public a more positive, Kawasaki hopes that the encouraging gesture will create a ripple effects of good deeds to continue to ‘Let the good times roll’.