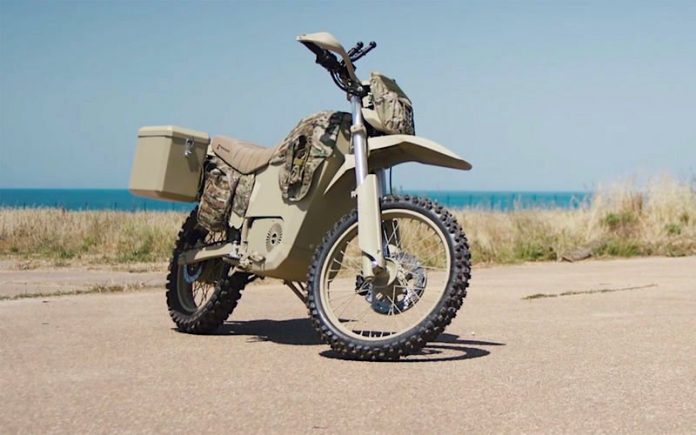 Kalashnikov, the Russian arms manufacturer best-known for producing the AK-47 (Avtomat Kalashnikova) assault rifle has recently shown off an electric motorcycle to be produced for the Russian military and police forces, reports Popular Mechanics. Kalashnikov Group presented the bikes at the 2017 Army International Military-Technical Forum in Moscow.

The e-bike is operational, evidenced by the promotional video (click here to watch), showing a rider unplugging the bike and proceeding to ride in sunglasses and a cap over rough terrain. The police version looks like a supermoto, for urban patrolling. 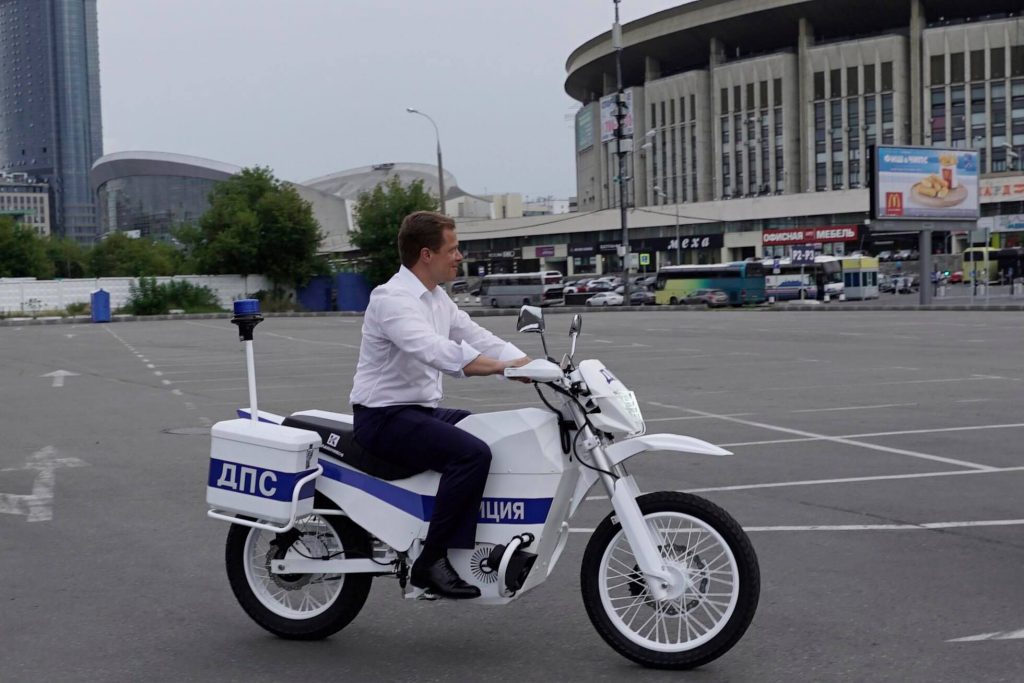 The manufacturer also announced supplying 50 of the bikes to law enforcement for the 2018 World Cup, which will be held in major cities across Russia.
Kalashnikov didn’t publish any technical data and we can’t read Russian, but a caption in the video shows 100km, most probably meaning the bike’s range. The police bike, however, is said to have a range of 150km.
The news of Kalashnikov’s e-bikes comes after the American firm, Logos Technologies’ announcement that they have been awarded the DARPA contract to research and built an electric motorcycle for the American special forces. According to Logos, their SilentHawk e-bike is based on the Alta Redshift MX e-bike with a range of 170km. 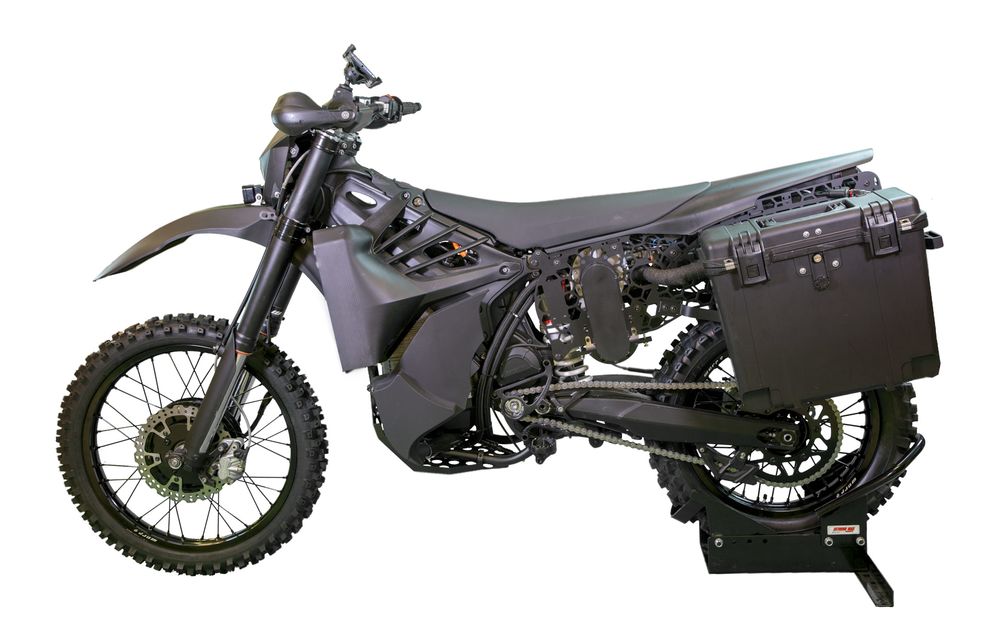 E-bikes are appealing to the military mainly because they are virtually silent compared to the racket of internal combustion engines. Besides that, being electric means planners do not have to sweat over the logistics of sending fuel to remote locations, especially during special operations. Also generally, motorcycles are smaller and lighter, hence the ease of transporting them.
But one thing that intrigues us is if the Kalashnikov bike is as resilient and reliable as the AK-47.
--Ads--