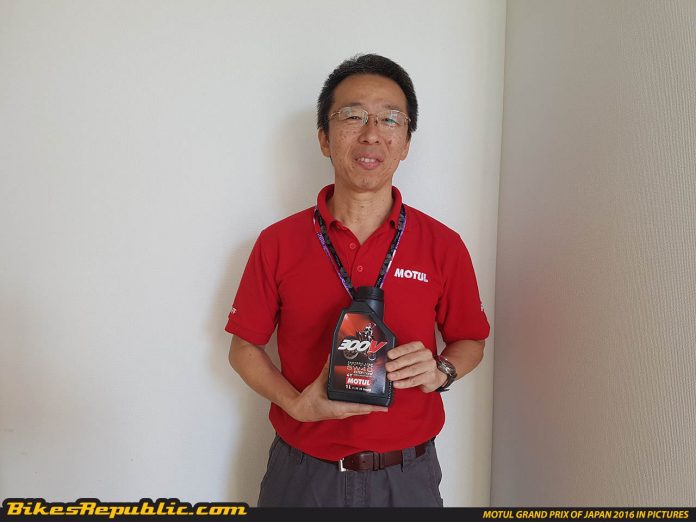 Motul has been in the oil business for more than 150 years. It started with whale oil and then evolved to produce some of the most advanced lubricants in the world. The French company has subsidiaries all over the world and works with some of the most prominent racing teams in the world like the Subaru World Rally Team and other major motorsport events including the FIA GT, Super GT and the World Rally Championship.

We were recently in Japan to attend the Motul Grand Prix of Japan 2016 at the Twin Ring Motegi. It was here that we got a chance to catch up with Dr Katsuya Arai, the Chief Technology Officer for an impromptu interview. We didn’t have much time but these are some of the questions we managed to put across: 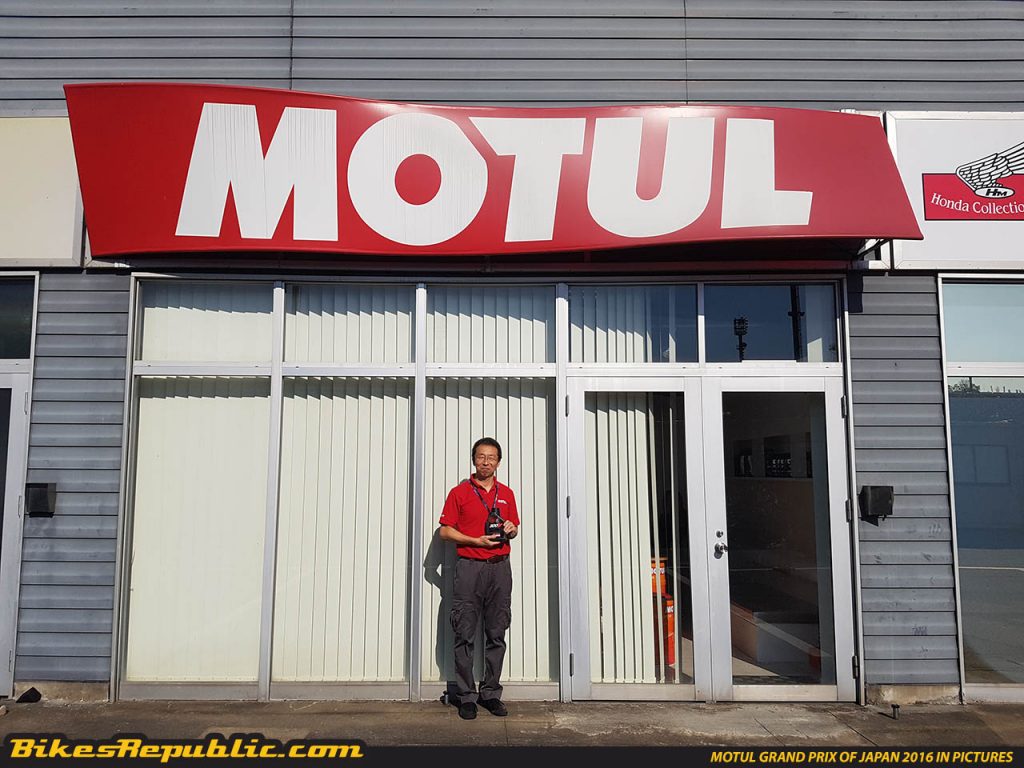 Can you tell us about the extent of Motul’s involvement with MotoGP?
Well, we’ve been supporting many teams in the sport since the 1980s with decorated riders like Wayne Gardner and Kevin Schwantz.

How does MotoGP help Motul develop its products?
Well in MotoGP, it always requires the cutting edge technology in hardware, and new hardware always require something new to accompany it. During the two-stroke era, it was very tough. There were the riders and bikes, and everything was using different materials and systems. So all those were our challenge to accomplish for a very severe condition for lubrication. The outcome was our 800 2T. And then in 2003, when they switched to four-stroke, again there was another challenge not to reduce the speed, but still all the engines needed to work perfectly under very severe condition. This generation was already with 250hp and 1,000cc.

Which of your products do the teams use?
Some teams like Aprilia use 540, the other teams are using a very unique oil. This is one of our strength, to design a dedicated formulation for the dedicated engine.

Doesn’t it depend on the weather? Like Sepang is really hot, while some of the European rounds are cold.
No, it doesn’t matter. It is still the same lubricant for everyone.

Do these teams have to deal with evaporation in a lower viscosity?
Not really. The hardware is fantastic. It is really fantastic.

After each race, do you send these lubricants back to your laboratories? Where are your labs?
Sometimes, yes. One in Japan and one outside. We outsource everything.

Can you give us an example of some Motul technology that has been transferred from MotoGP to road use?
Well it’s called ester core, which is a kind of combination of the ester-based oils and some of the synthetic oil to have the maximum output of the engine power together with the reliability. All this is coming from MotoGP.

What oil do you recommend Malaysians to use?
For Malaysia, the people tends to use 20W50 and 20W40. But for Motul in Malaysia, 10W40 is perfect.