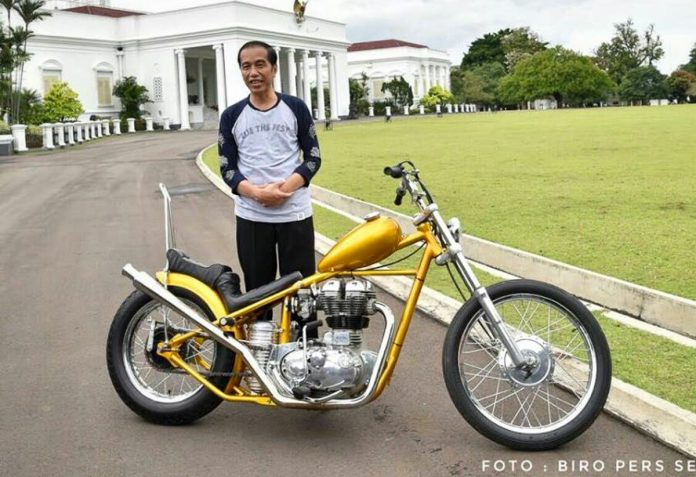 It was inspired by the short local semi documentary film called “Chopperland”. 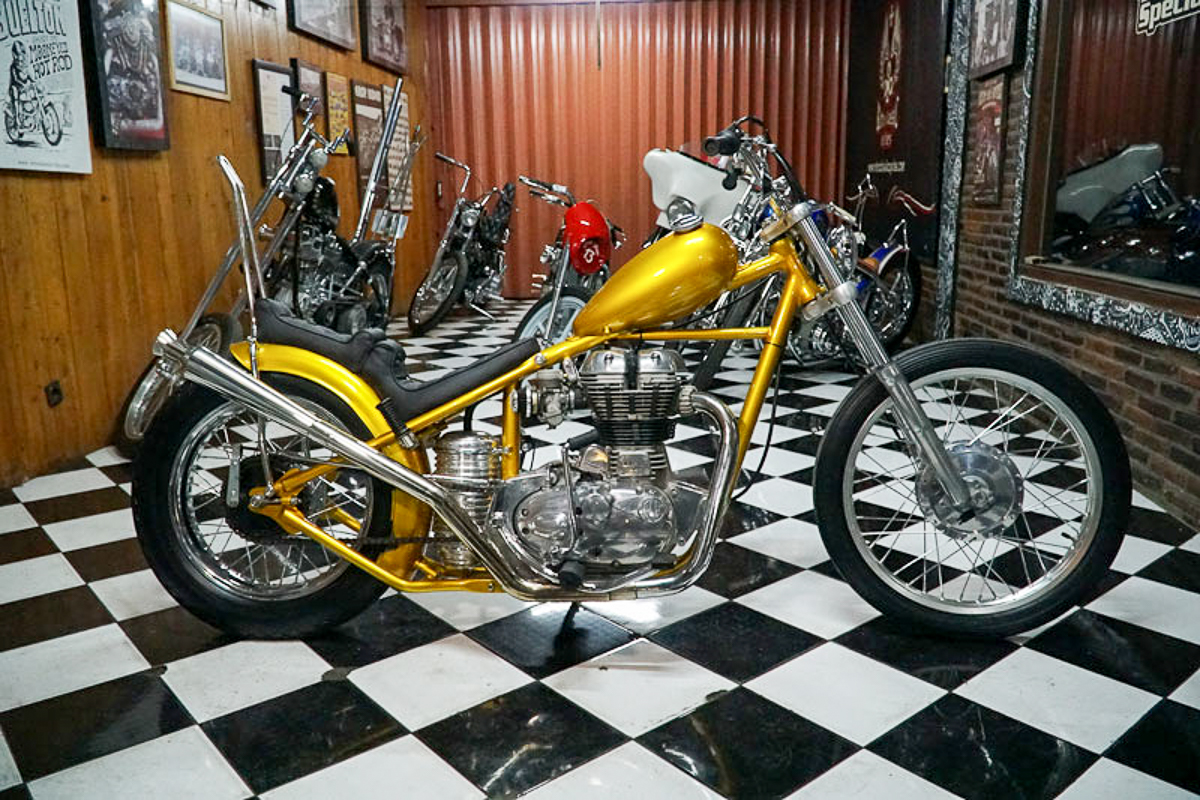 It’s not every day that a person of power that can ultimately change an entire country excites us bikers on a personal level. Like any other rare occasion, it impresses us quite a bit every time these things happen. The latest Facebook post by a particular Indonesian president got us first for the year 2018.

Apparently, President Joko Widodo is a motorcycle enthusiast and last night, he posted that he had just purchased a custom chopper from a local builder. Powered by a 350cc Royal Enfield engine, the bike build was commissioned by Indonesia’s very own Elders Garage and their crew. The bike was inspired by a semi documentary short film called Chopperland (scroll to the bottom of the article to watch the film!). 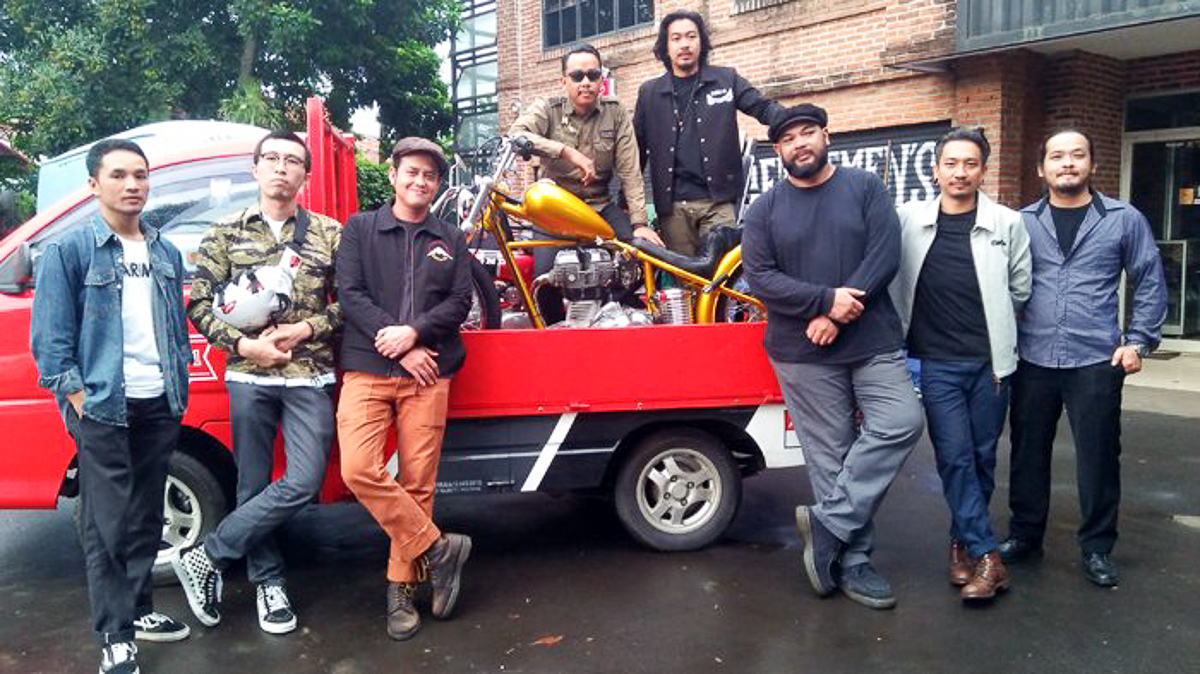 Based on the Facebook post, different parts of the bike were sourced from several places like the seat from Bandung and the frame coming in from Jakarta. Painted in luxurious gold colour scheme, President Joko Widodo seems to admire the entire setup as it showcases some of the finest Indonesian talents and of course, raises its overall value. 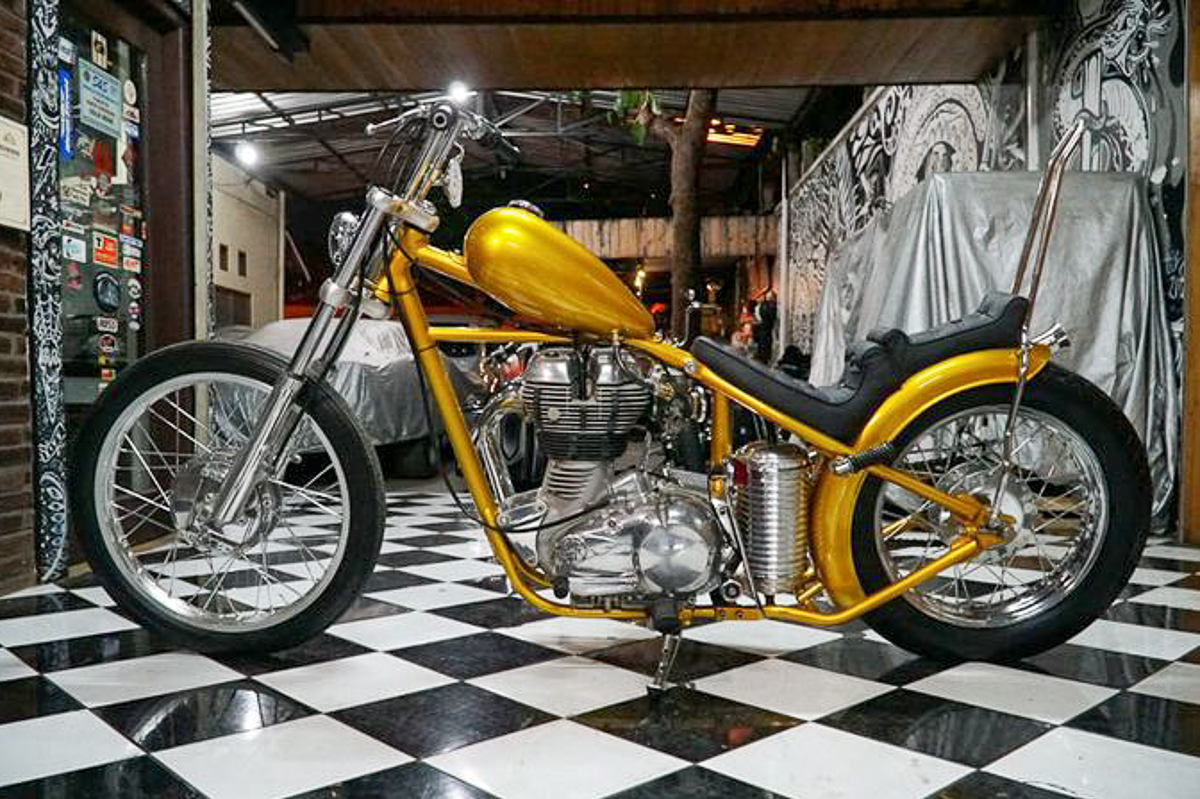 This is not the first time the Indonesian president has got the entire world excited over something that’s non-political. He is also a diehard metal fan and wore band t-shirts like Metallica, Napalm Death and Led Zeppelin throughout his campaign period. 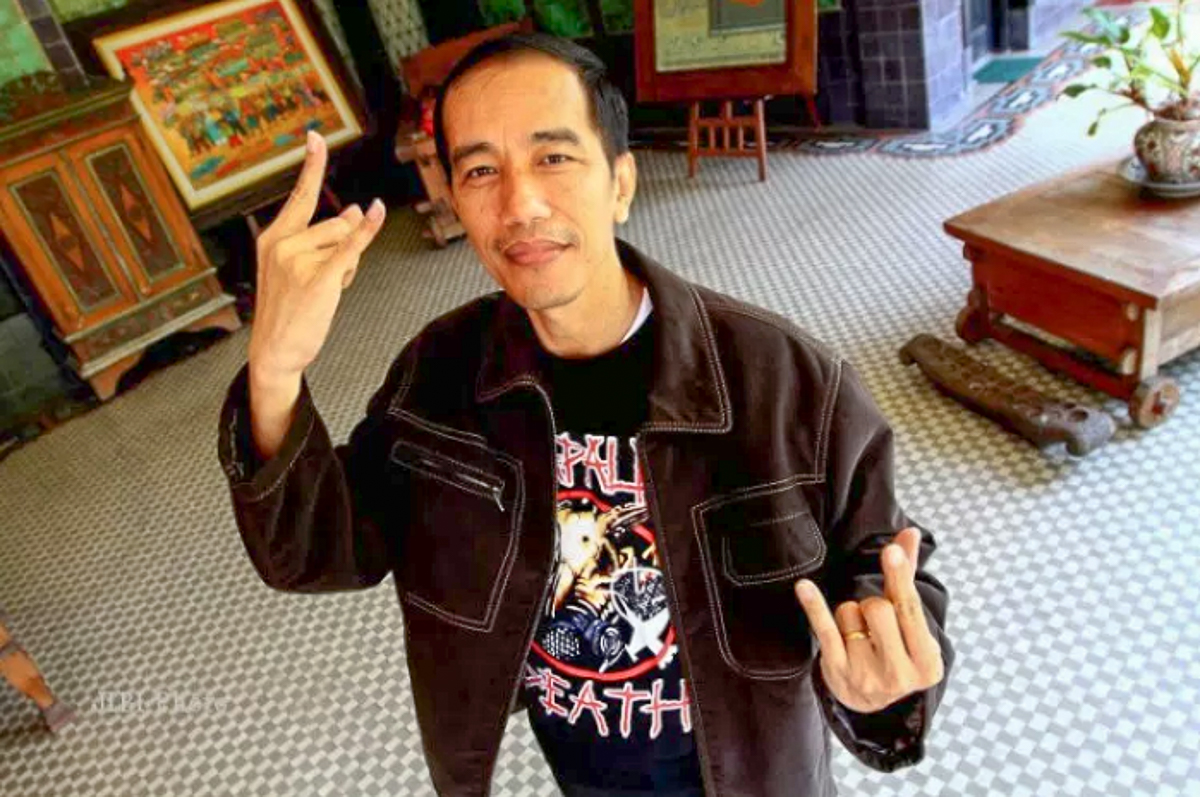 Even the Danish prime minister gifted him with a signed Metallica: Master of Puppets album just a couple of months ago. What a boy. 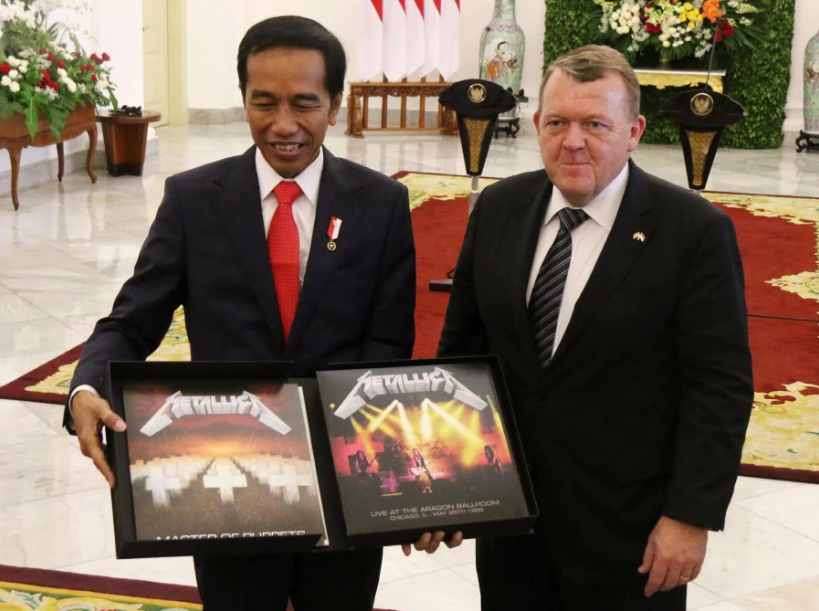 He finished off the online post with a joke stating that his son has already contacted him to borrow the bike even before he tried it himself. Considering that he is also a hard rock and metal diehard fan, is Joko Widodo worthy of the title “Coolest President of All Time”? He’s close, though. Just need him to hop on a superbike to seal the deal. 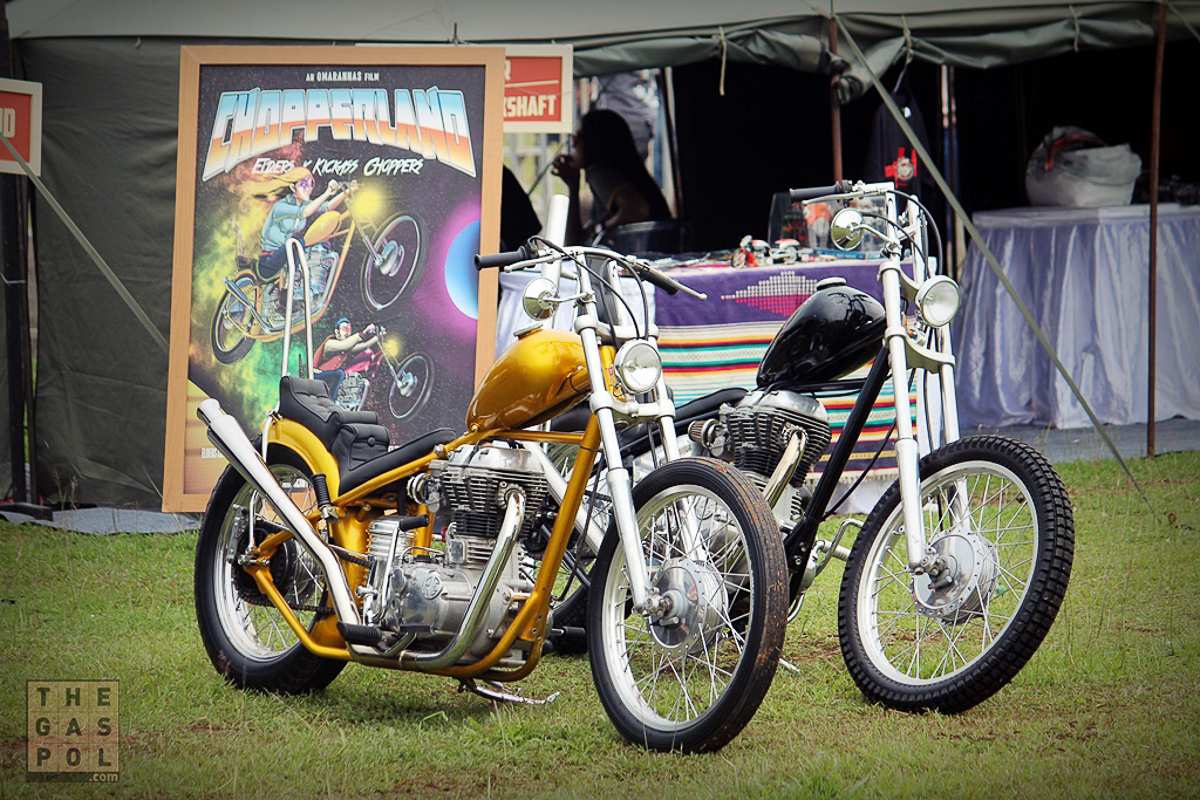 To know more about the origins of the bike and Chopperland, check out the short film below.