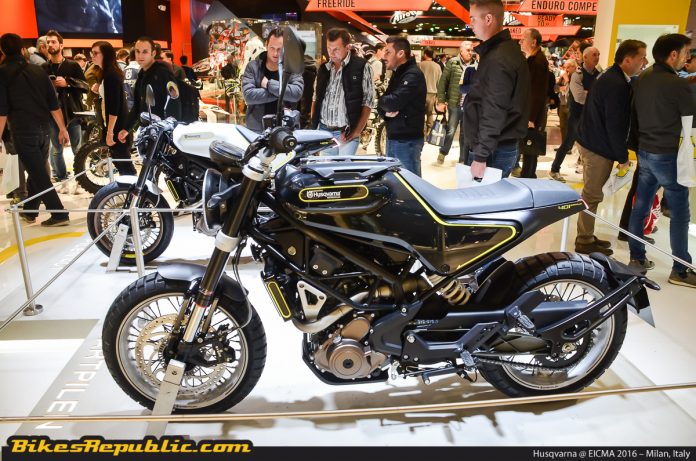 KTM’s sister brand Husqvarna buzzed the show halls in Milan this week with the debut of its 401 Vitpilen and 401 Svartpilen models in final production form. Alongside them came a radical new concept too. Here’s what went down for Husqvarna @ EICMA 2016. 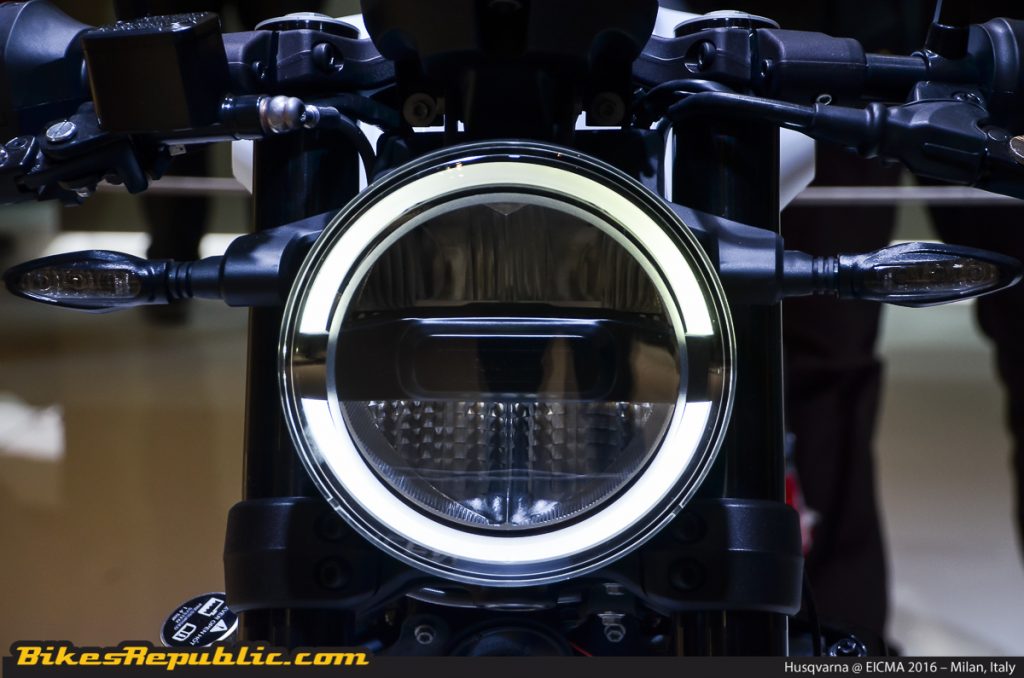 401 Svartpilen & 401 Vitpilen
After showing both off in concept form earlier, the 401 Vitpilen and 401 Svartpilen are ready to go on sale in 2017. Based off the KTM 390 Duke platform and powered by the same 373cc single-cylinder powertrain with 44hp on tap, the ‘neo retro’ styling looks dazzling in the flesh. 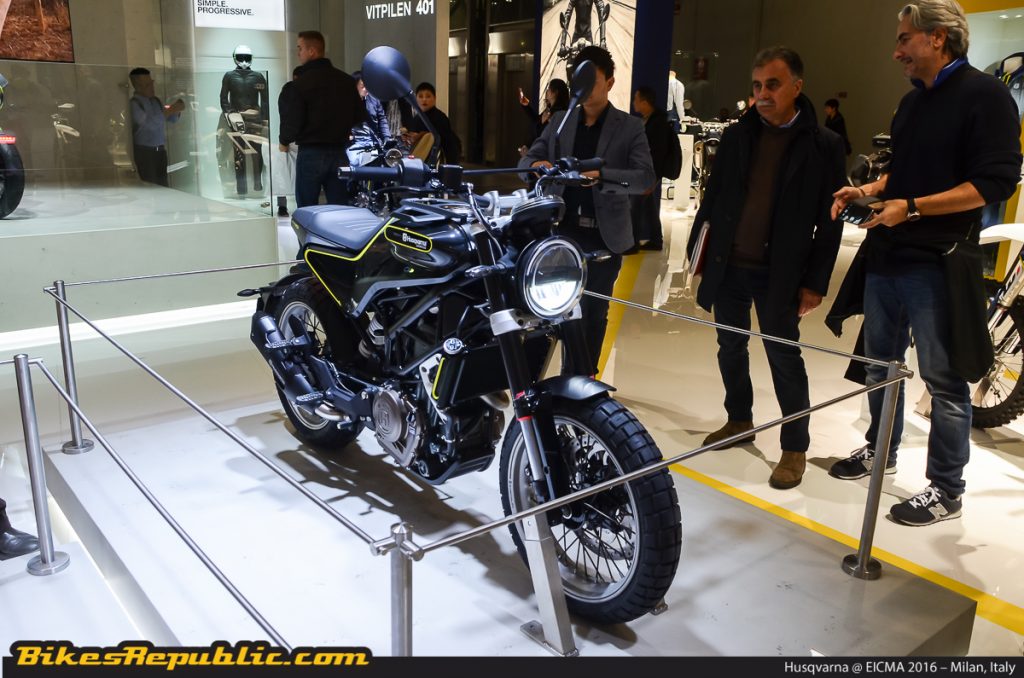 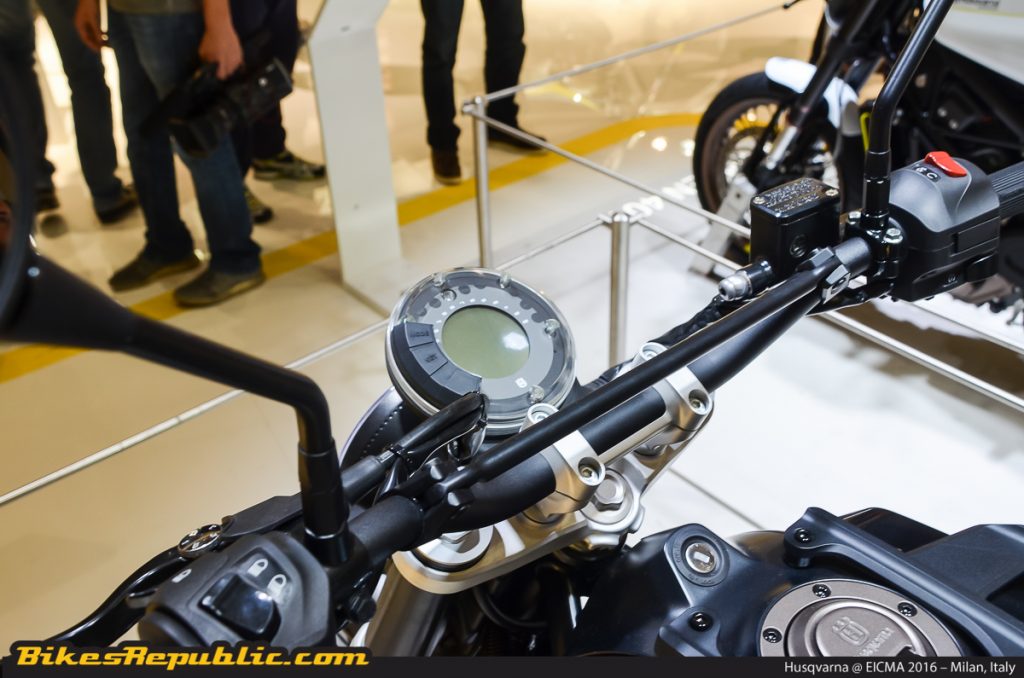 Added practicality comes from an optional luggage rack fitted across the 9.5-litre tank. The single-dial digital instrument display is both neat and novel, whilst the LED lighting front and aft – including a halo-shaped DRLs – adds a more current touch to things as well. 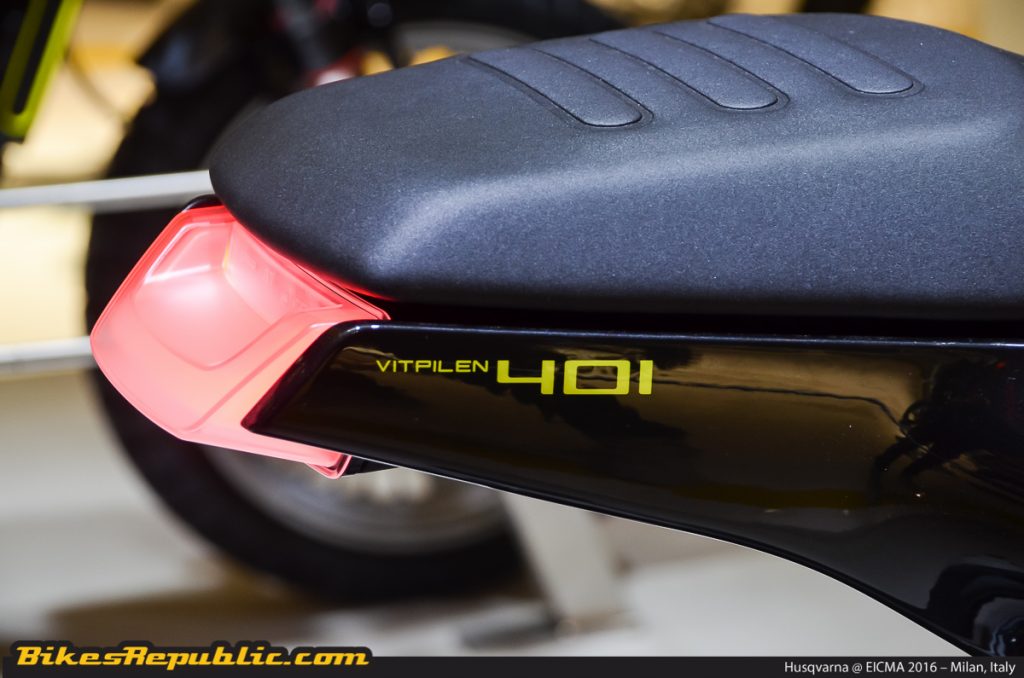 Not just about looks, Husqvarna has also added a slipper clutch, dual-channel ABS brakes and WP suspension in the mix. Said features ensure that the Husqvarna 401 Vitpilen will ride and handle as good as it looks too. 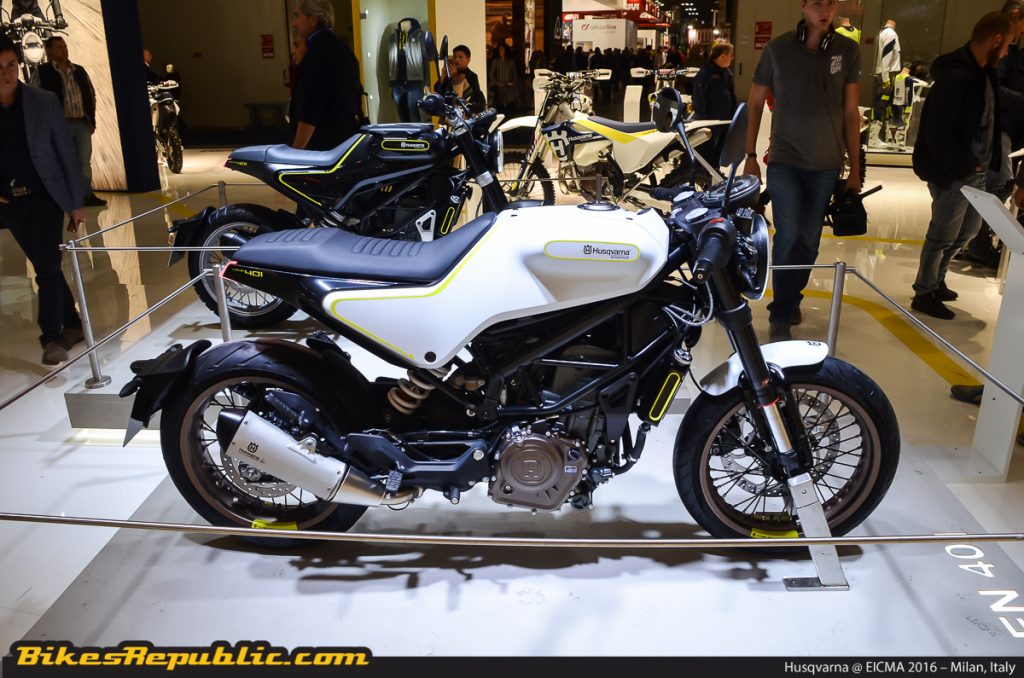 The Husqvarna 401 Svartpilen, on the other hand, takes on a more recognisable ‘neo café racer’ design approach. Differences between this and its scrambler sibling can be seen in the adoption of road tyres wrapped around its wire-spoked wheels, the clip-on handlebars that gives it a sporty riding ergonomics. 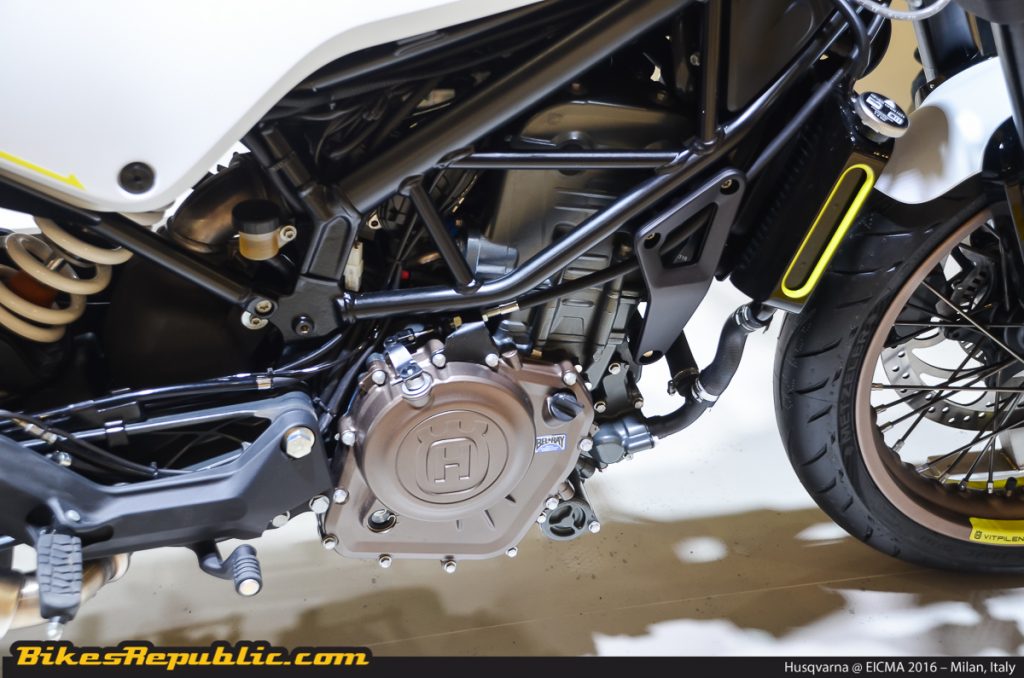 Apart from that, everything else remains identical to its 401 Svartpilen twin right down to the single-dial digital instrument display. Also retained here are the WP suzzies, dual-channel ABS plus the novel and neat LED lighting all-round. 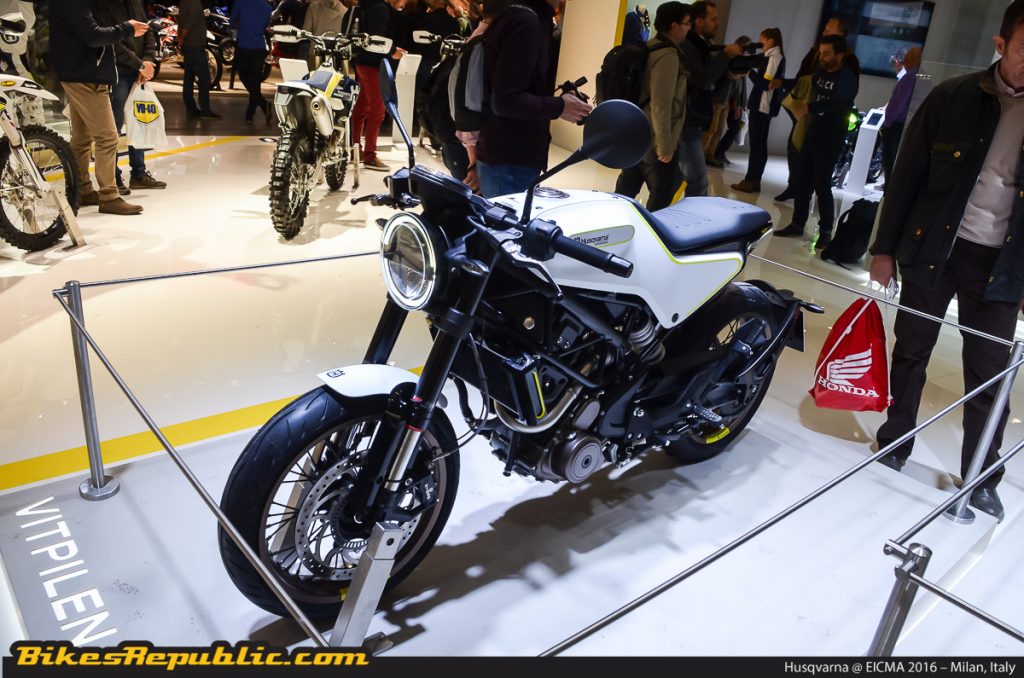 Overall, this two-pronged approach by Husqvarna is a much sleeker and sexier offering compared to its face-lifted 390 Duke cousin. We reckon that both the 401 Svartpilen and 401 Vitpilen will amass a huge fan base once they both go on sale sometime in late 2017. 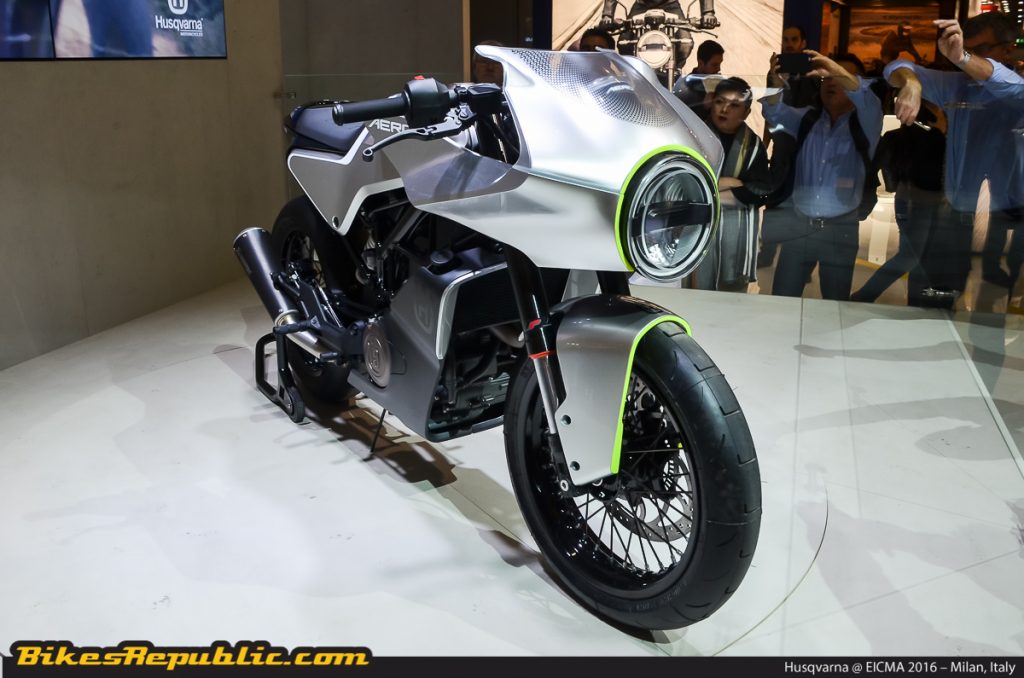 401 Aero concept
With both the 401 Svartpilen and 401 Vitpilen now heading for production, Husqvarna took the chance to show off its next step for the KTM 390 Duke platform after unveilimg the 401 Aero concept. 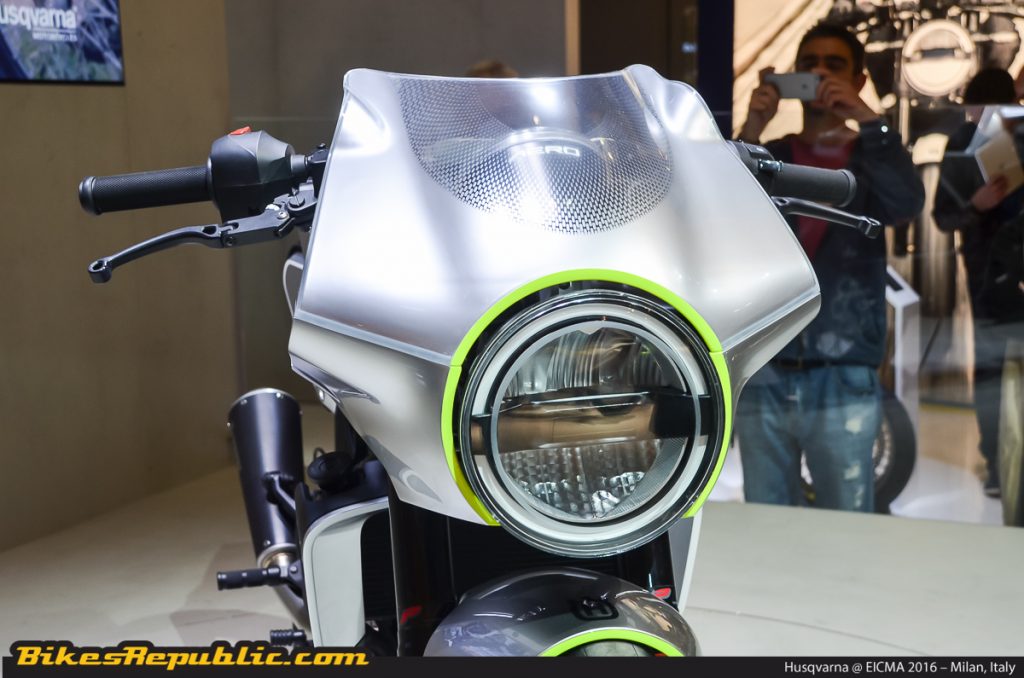 IF you thought the 401 Vitpilen wasn’t café racer-ish enough for you, then the 401 Aero concept should seal the deal. It gets treated with a retro-styled front cowling, pillion seat cover to boot and bikini fairings to give it a more complete retro racer stance. 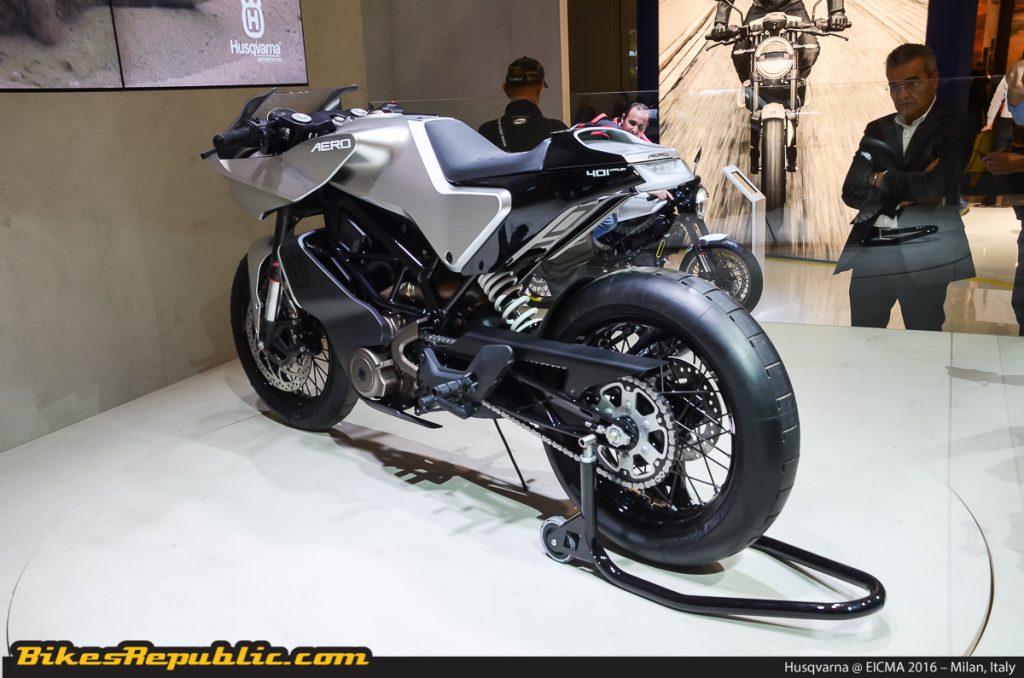 Though merely a concept for now, we wouldn’t be surprised if Husqvarna puts this into production over the next two years or perhaps quicker provided that the 401 Vitpilen and 401 Svartpilen sell well when released next year.