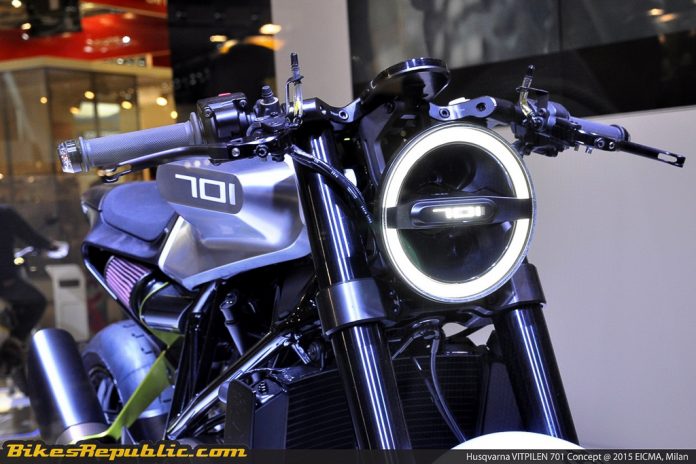 Some spy photos of the Husqvarna 701 Svartpilen naked roadster has been going around the internet these past few days.

Based on the photos, it was confirmed that it is indeed a 701 based on the numbers indicated on the footrest of the bike.

The 701 currently being tested looks like a much more refined 701 with a few inspirations from its younger 401 sibling.

Spy shots of what looks like a Husqvarna 701 Svartpilen naked roadster has been circulating all over the internet these past couple of days. The Svartpilen was a bike built around the concept of the Husqvarna Vitpilen 701 when it made its first appearance back in 2015 at the EICMA show in Milan, Italy.

The more scrambler-like appearance of this blacked-out 701 is said to be the Svartpilen instead of the more roadster-like Vitpilen due to its spoke wheels wrapped with what looks like Pirelli’s MT60 scrambler or dual-sport tyres. The same characteristics can be seen on the 401’s as well. 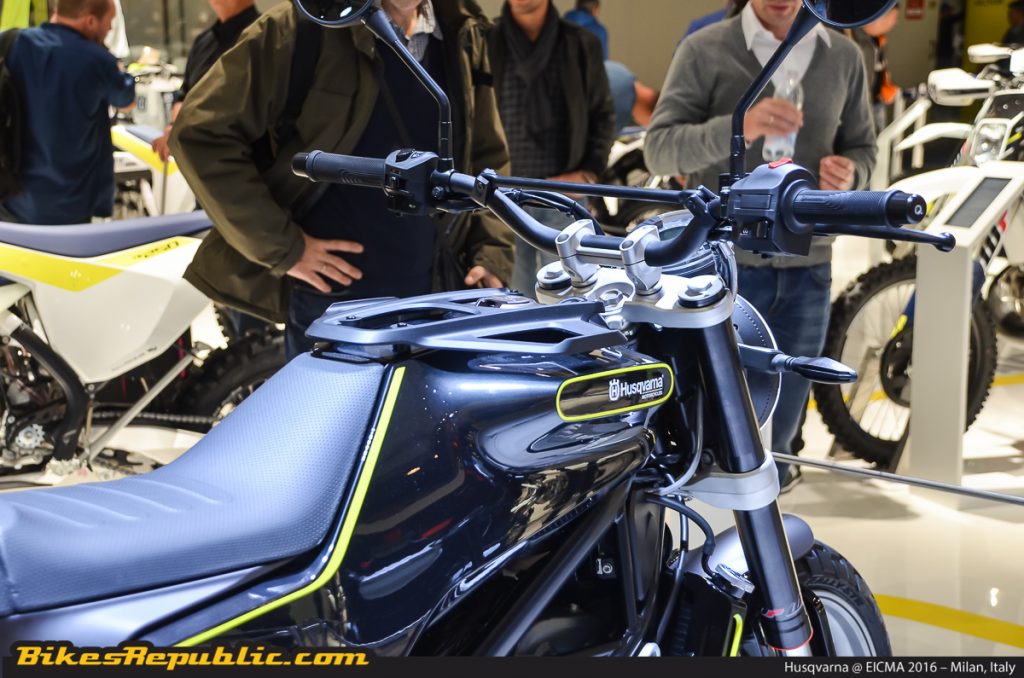 CLICK HERE to check out the Husqvarna 401 during our visit to last year’s EICMA show. 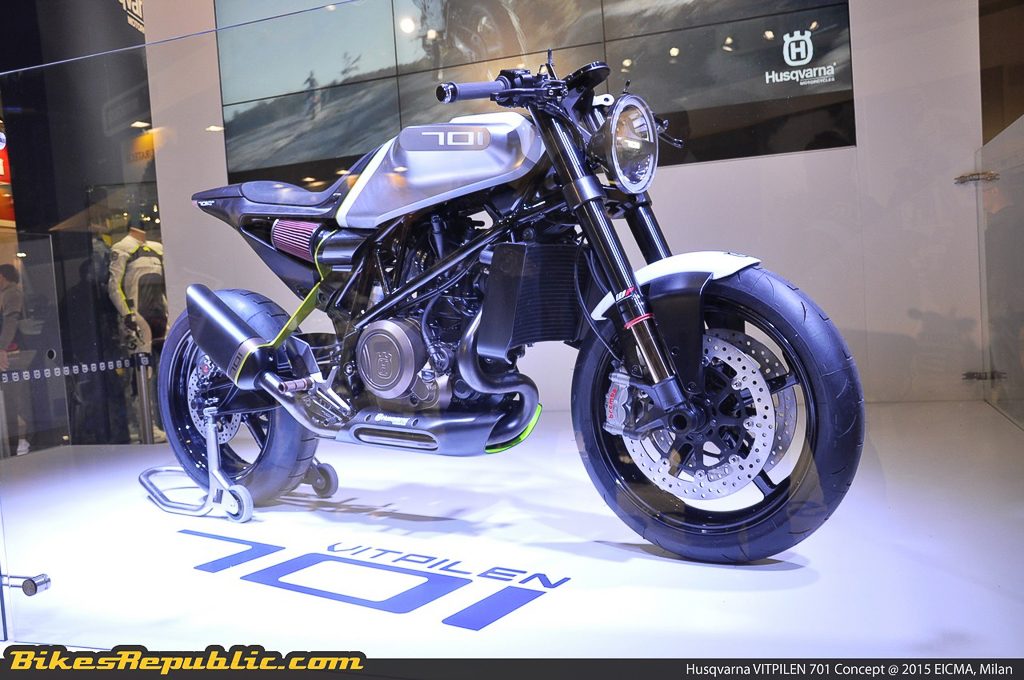 More study on the spy shots showed that it is indeed a 701 based on the numbers indicated on the aluminium footrest to confirm our suspicions. While we are still not sure about the finalised engine specs for this particular 701, we’re guessing that it will most likely run the 693cc single-cylinder engine from the Husqvarna 701 Supermoto which is based on the 2016 KTM 690 Duke.

CLICK HERE to know more on the Husqvarna 701 Supermoto. 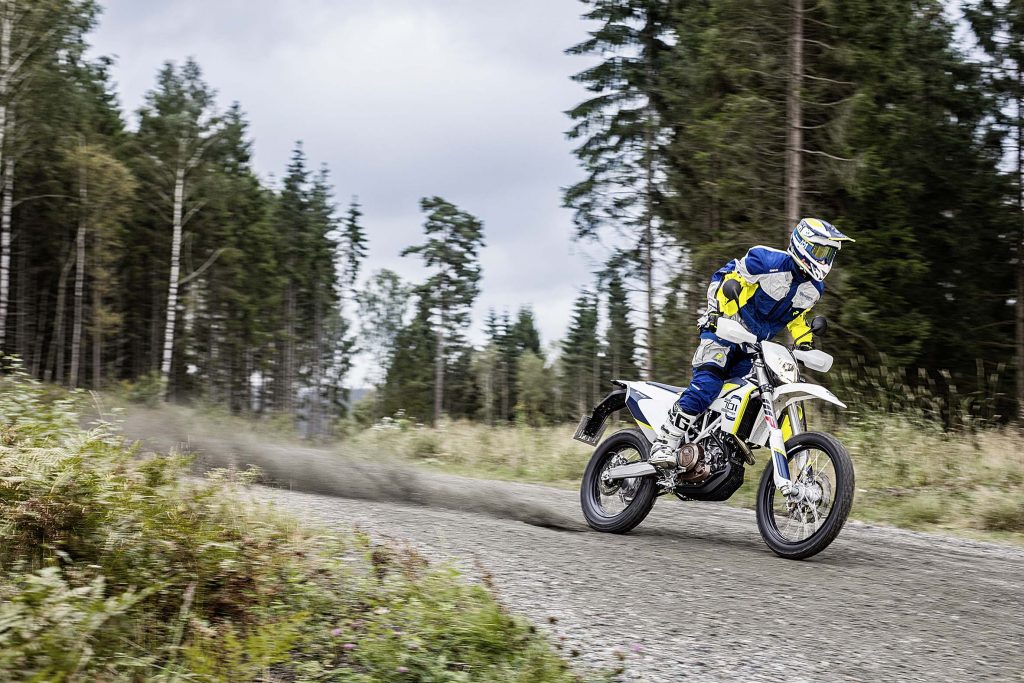 So that means that the power figures will probably be around the 74hp @ 8,000rpm and 71Nm of torque @ 6,750rpm. Other details in that can be seen in the spy shots are WP inverted telescopic front forks, Brembo brake callipers and also the presence of ABS. 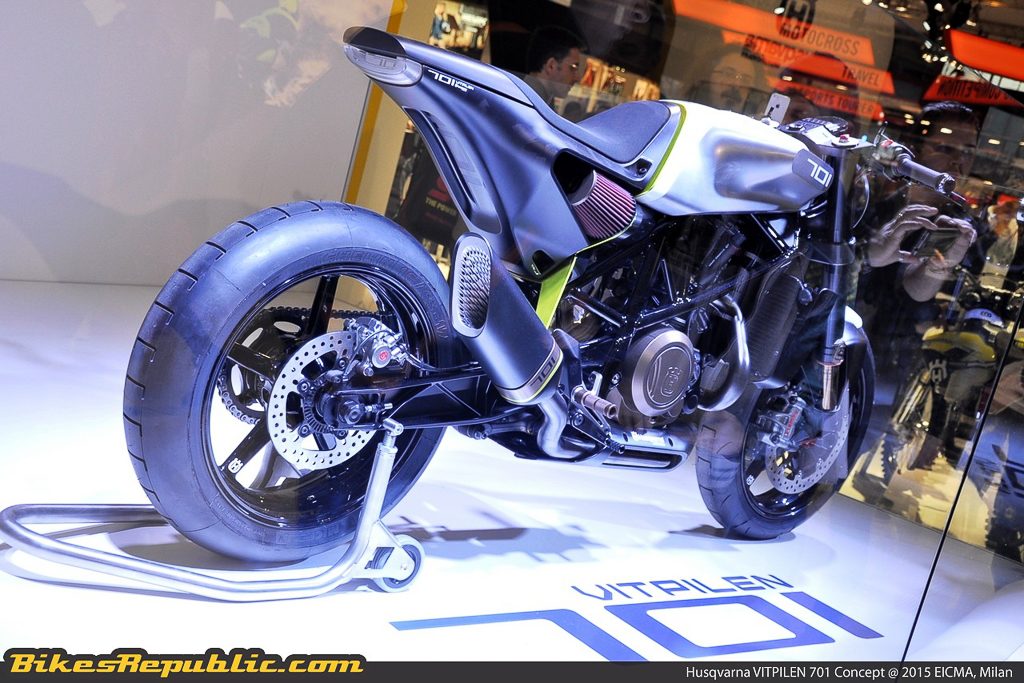 It looks like Husqvarna is having all the right cards in their hands so far with this soon-to-be 701. In conclusion, the manufacturer is definitely setting out to create a brand to be more familiar with on-road bikes. With that in mind, we can’t wait for the 401s to come out too. 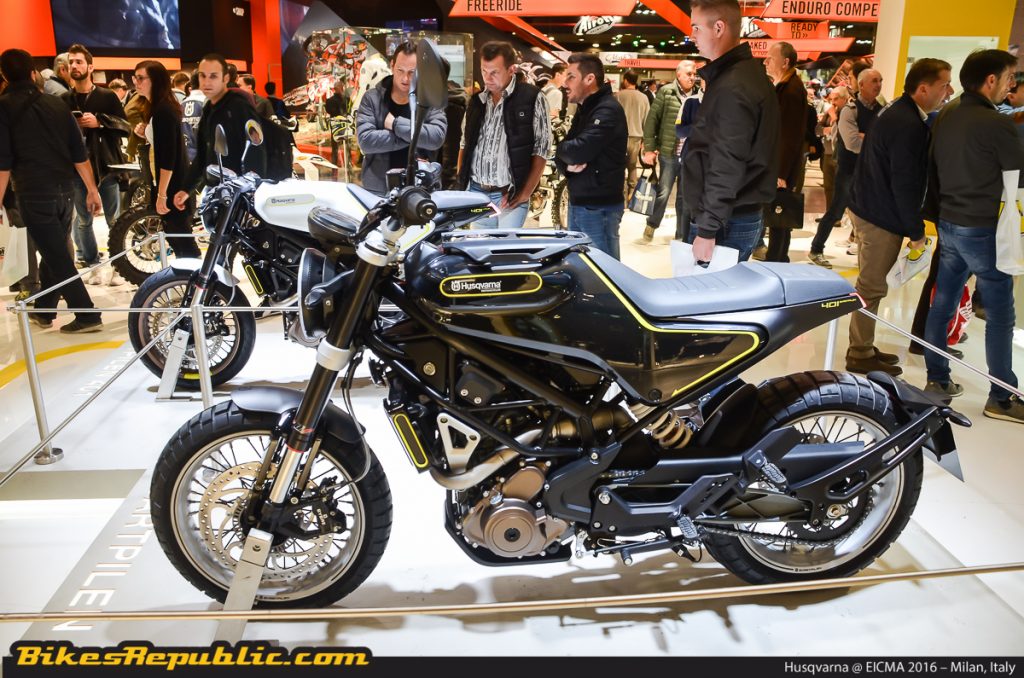