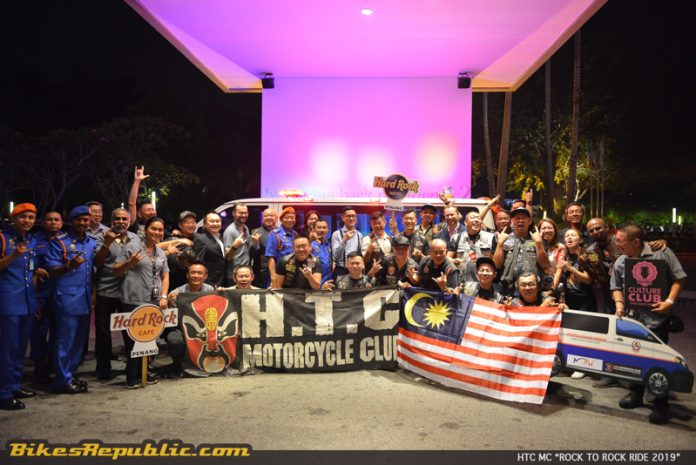 It’s no doubt that Malaysian bikers are charitable and sympathetic souls below that tough and sometimes wild veneer. Virtually all large convoy events are not without stopping at a home of two to provide charity along the way. 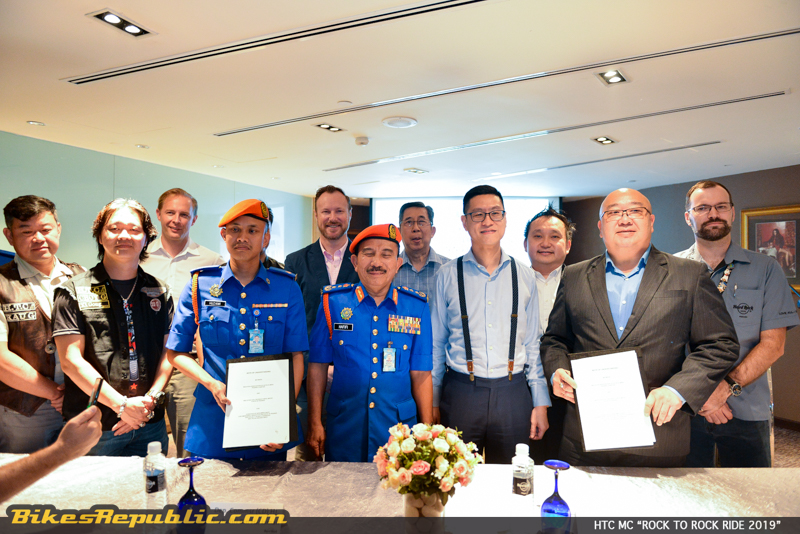 But HTC MC did something which not only benefitted a number of charity homes, instead it may save some lives of an entire community. 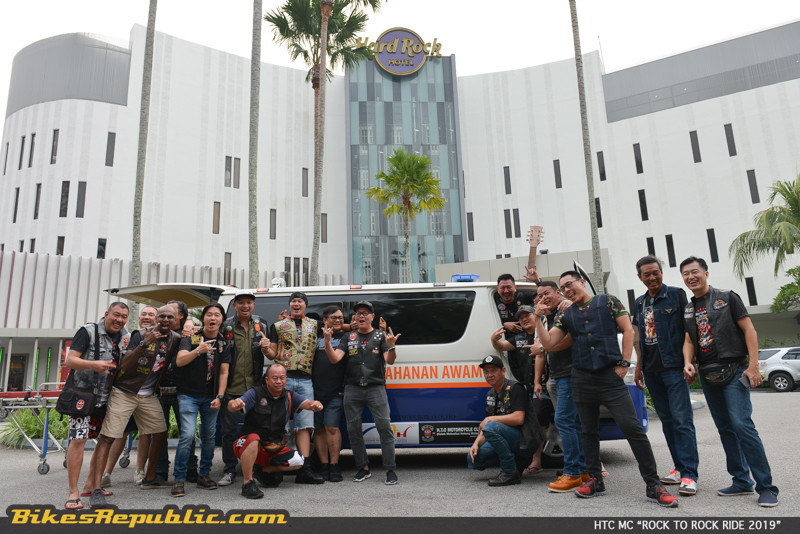 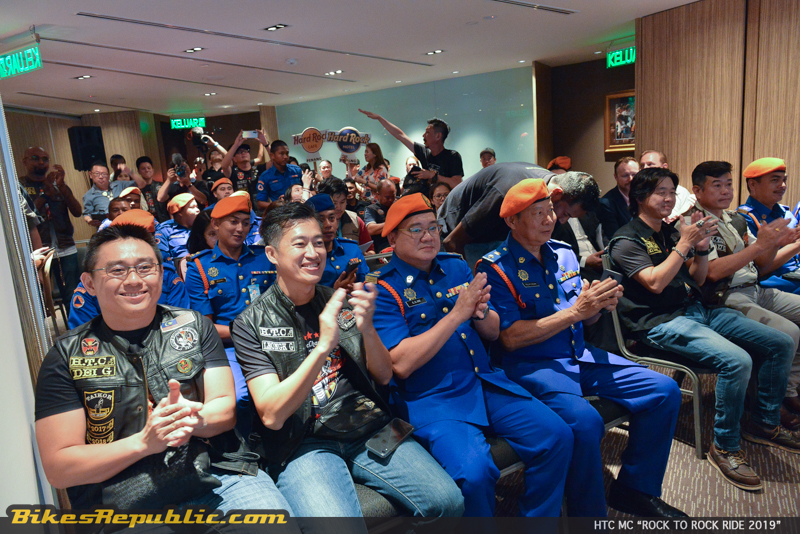 Prior to this, ambulances have found their way blocked when they travelled from the Penang General Hospital to the Batu Ferringhi and Teluk Bahang areas. These two areas are prime tourist destinations and are prone to heavy traffic. Moreover, there is only one approach on a narrow coastal road.  As such, they would usually arrive between 45 minutes to one hour after the calls were placed. 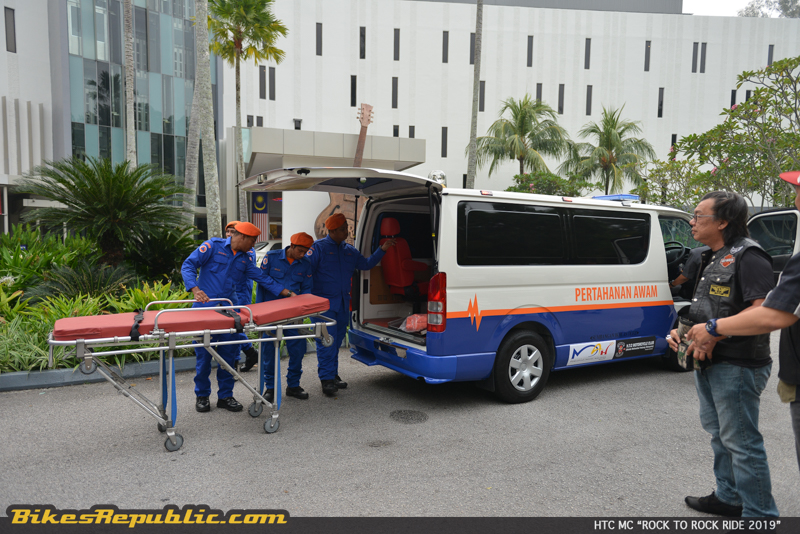 On top of that, the emergency personnel need to render emergency care to the patient, load him into the ambulance and fight through traffic again to reach the hospital. 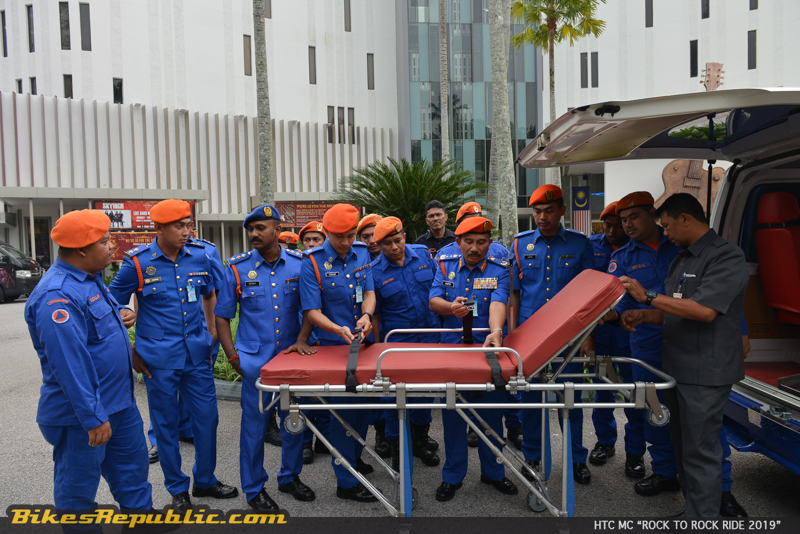 Therefore, stationing the ambulance in the area would cut down on response time to the benefits of the community. 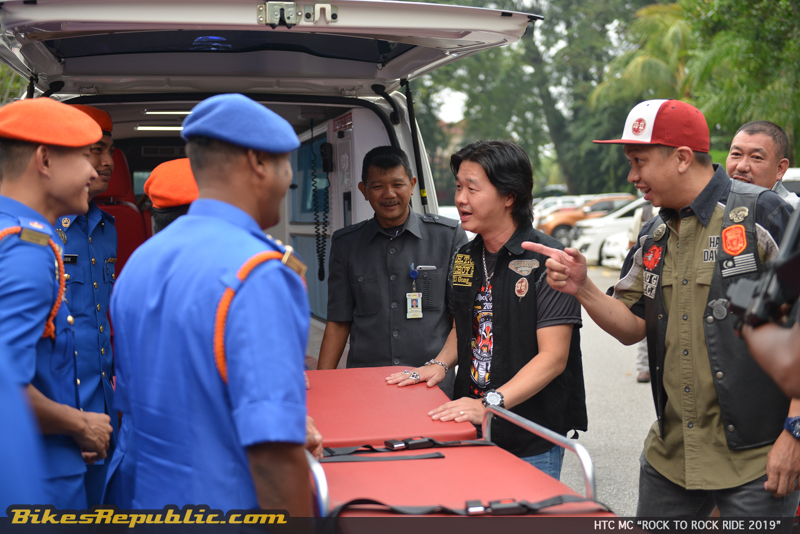 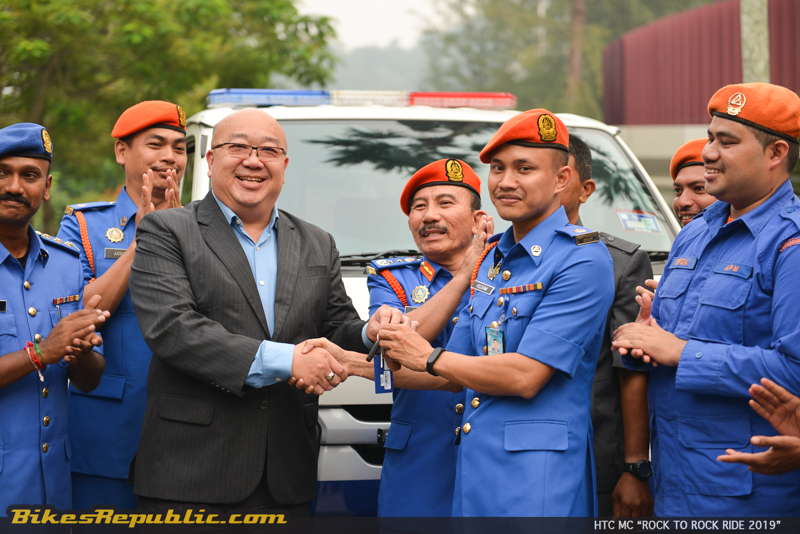 Funds for the RM185,000 ambulance were contributed by a number of parties. According to MAH, Hard Rock Hotel Penang had raised RM70,000 while the Shangri-La Rasa Sayang Resort and Spa, Golden Sands Resort, Bayview Beach Hotel and Angsana Hotel donated RM10,000 each; and the Holiday Inn put up RM5,000. Members of HTC MC made up the balance of RM60,000. 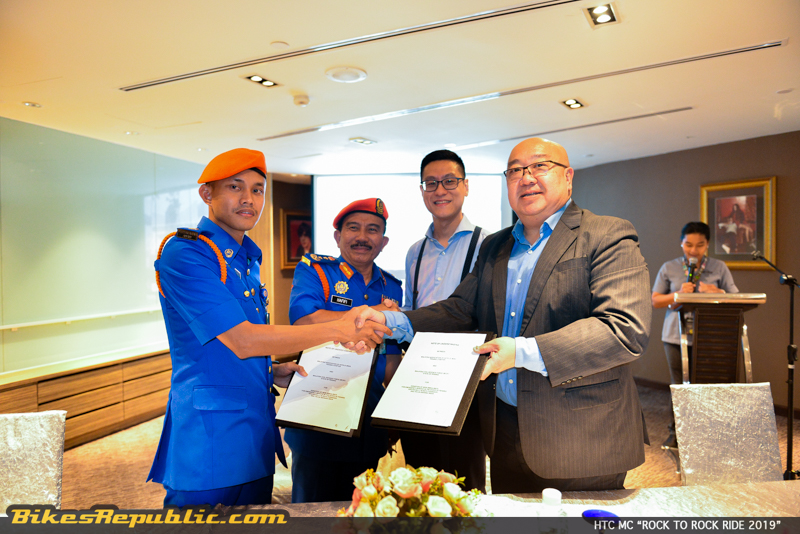 Besides launching the ambulance, HTC MC handed over cheques to several charity homes while Hard Rock café hosted the children with great food and refreshments.

The event was a part of HTC MC’s annual “Rock to Rock Ride.” As the name suggests, the members rode from one Hard Rock Café to another, starting from the one in Penang to Kuala Lumpur and finally Melaka. 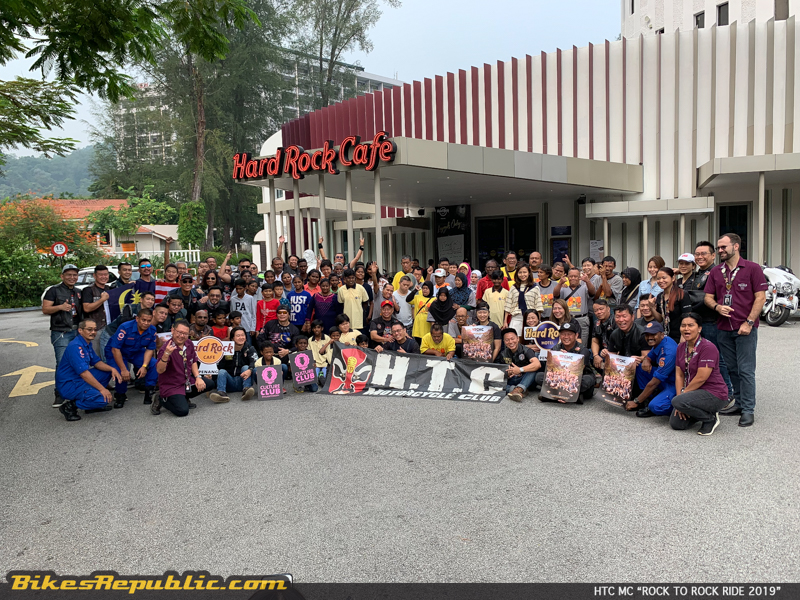 Club members rode to Penang from all over Malaysia to Penang for the convoy’s flag off.

It was in Penang that the participants were given their event t-shirts and patches. 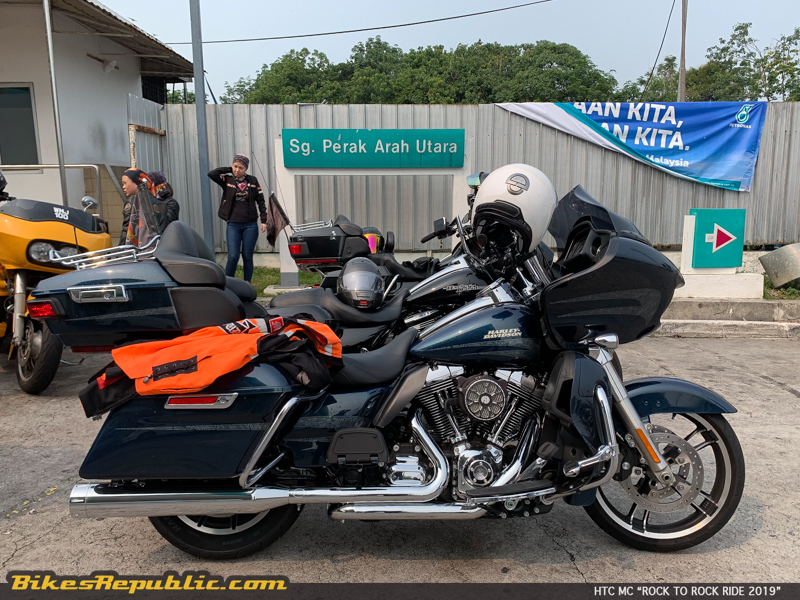 The ride was then officially flagged off on Thursday (12th September) morning. Instead of taking the main roads through Penang island, the route was changed to the coastal road from Teluk Bahang to Bayan Lepas. This way, it spared everyone from struggling through heavy traffic and intersections. It was a great idea as it also allowed the riders to keep riding and enjoying the great views around the back of the island. 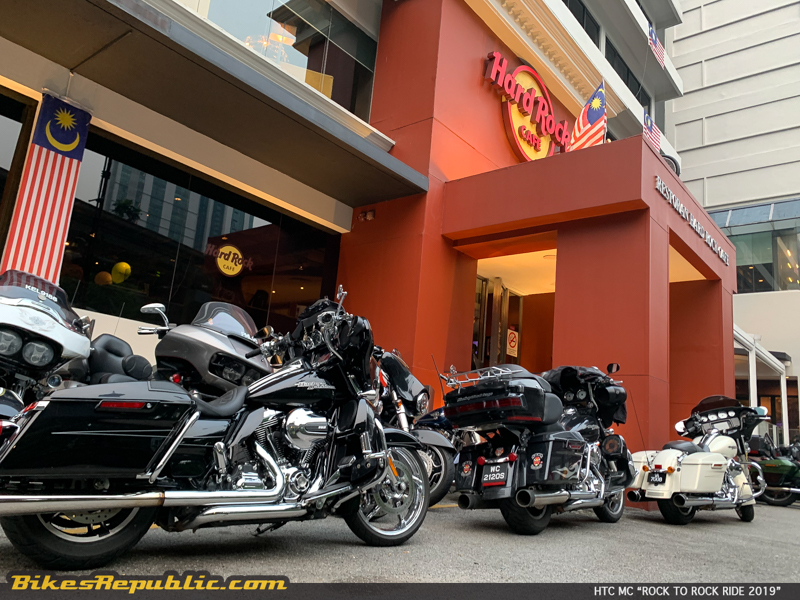 These guys may be riding Harley-Davidson motorcycles, but they did great to negotiate the tight and rough roads. More importantly, there was no “heroics” going on and everyone rode well within their limits. The marshals likewise didn’t push the riders to ride faster. 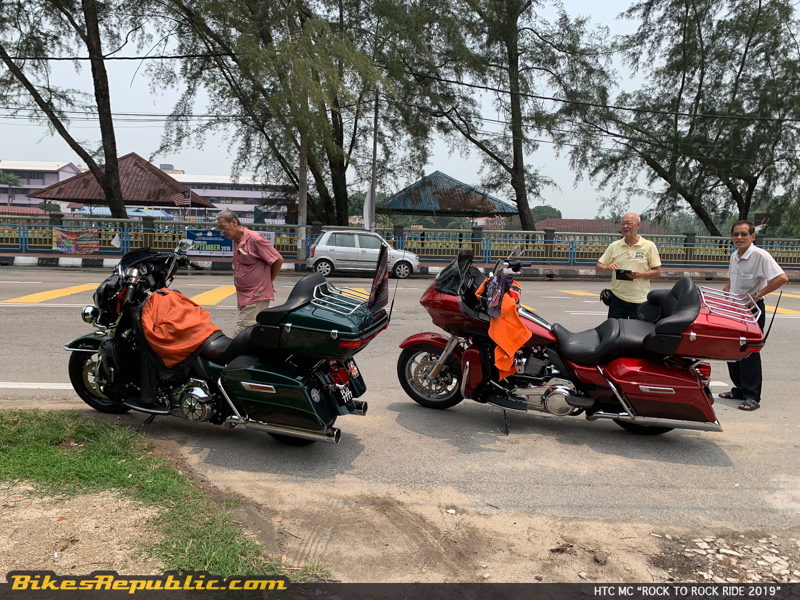 Everyone reached Hard Rock Café Kuala safely that evening. Once again, the HTC MC and the restaurant hosted charity homes, together with another round of cheque presentation. 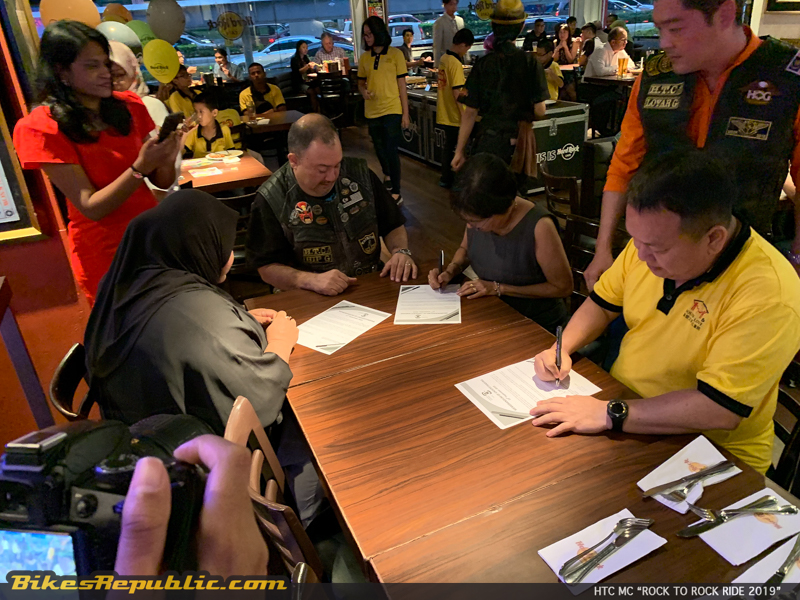 The club rode to Hard Rock Melaka and Desaru the next day (Friday, 13th September). They visited an orphanage in Kota Tinggi on Saturday (14th September) before pushing on to the Desaru Bike Week. 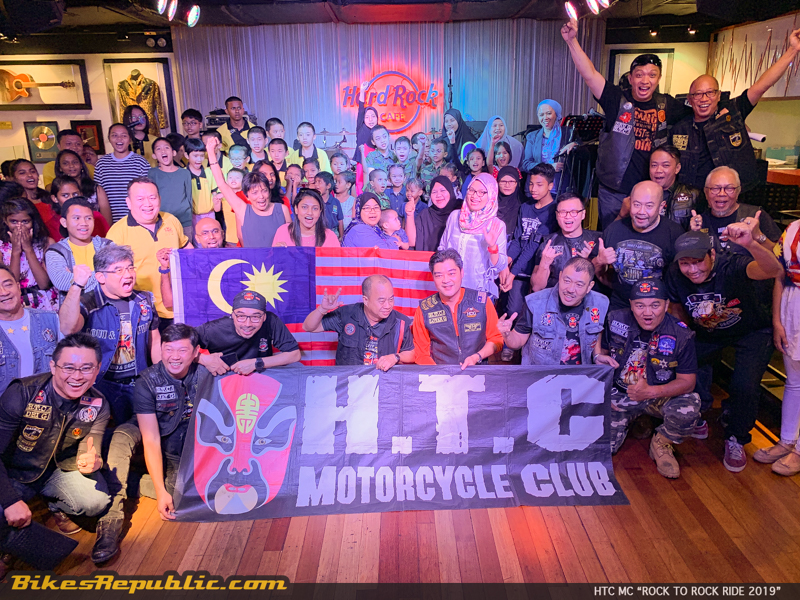 The ride ended today (Sunday, 15th September). It was an epic run of riding and providing to the betterment of the lives of others. 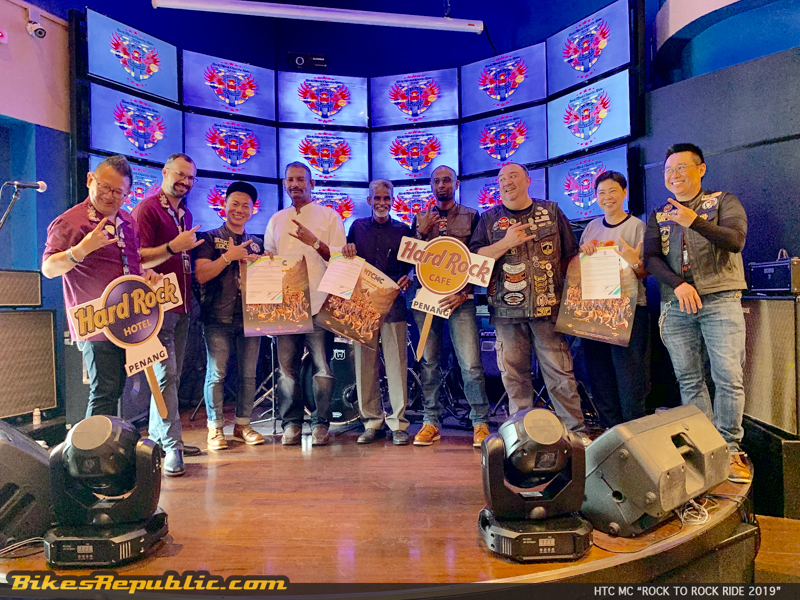