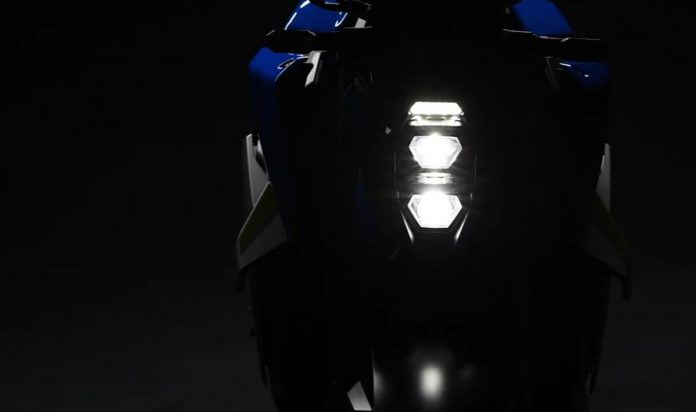 After presenting the all-new Hayabusa and the recently launched, Burgman 400, Suzuki continues to knock on 2021 with a teaser of another great novelty, the new GSX-S1000.

The 17 seconds video showed a glimpse of the naked machine features but reveal an all-new triple LED headlamp setup which expected to boost the overall look of the new model.

The new GSX-S1000 is expected to maintain the 999cc inline-four engine but updated to Euro 5 homologation in order to be allowed to sell in major parts of the world.

The previous generation launched six years ago, offers 145hp @ 10,000rpm and 106Nm @ 9,500rpm but we can safely assume a slight power change for the new generation.

The new Suzuki GSX-S1000 will be officially launched via online platform on April 26.