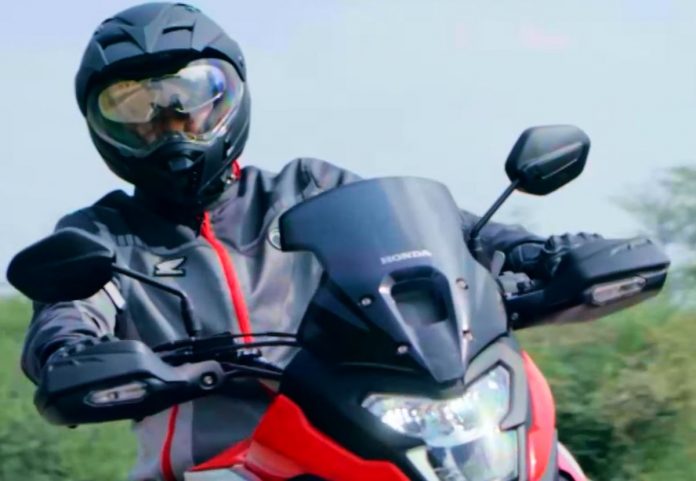 Honda Motorcycle and Scooter India have uploaded a teaser claimed to be an all-new small-displacement adventure motorcycle.

Rumours about the new motorcycle emerged earlier this year, as Honda registered the NX200 in India with reports suggest that the new model is build based on the existing Hornet 2.0.

The major giveaway is the front headlamp, which looks similar to the Hornet 2.0, including the gold front fork.

Nonetheless, the video revealed other apparent details such as a tall windscreen, hand guards, wider handlebars and bigger fairing to complete the ADV look.

Power is likely to come from the same 183.4cc single-cylinder engine available on the Hornet 2.0, capable of producing 17hp and 16.1Nm mated to a 5-speed gearbox.