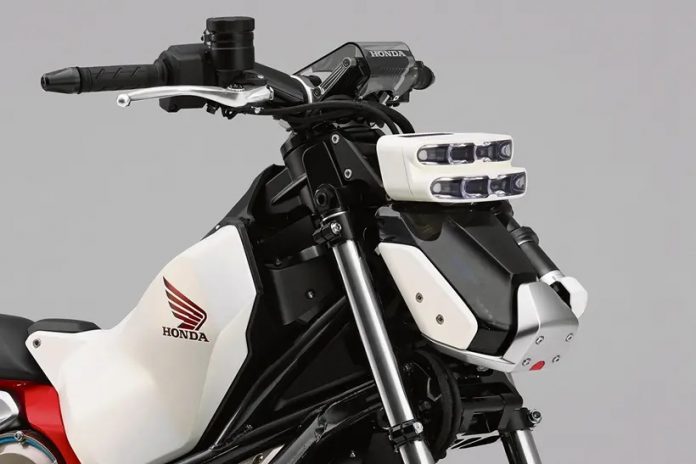 In 2017, Honda stunned the world when it demonstrated its Rider Assist Technology through its Riding Assist and Riding Assist-e concept bikes. Both could autonomously self-balance and self-ride at low-speeds. Now, recent patent filed indicate that Honda have taken huge steps forward with this tech.

The latest patent indicate that the tech has evolved to a point where it can assume a degree of control from the rider to either to give them a break or prevent an accident. 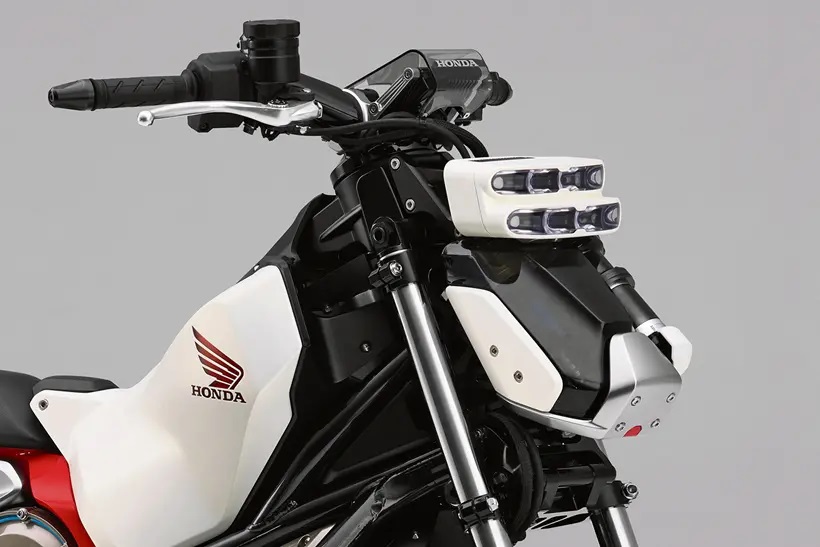 The tech combines cameras, radar and LIDAR (laser-based Light Detection And Ranging), along with a series of automatic controls including throttle, brakes and steering. All are overseen by a series of computer modules.

On top of that, there are the usual sensors for speed, acceleration and braking, as well as a GPS and a built-in ‘communication device’ – essentially a phone with cellular, Wi-Fi and Bluetooth connectivity – plus a short-range system that allows it to ‘talk’ to other nearby vehicles.

The steering system adopts a similar ‘magnetostrictive’ torque sensor setup that Yamaha fields in its prototype steering assistance, which monitors the rider’s inputs whilst also providing help when needed.

Rider-facing camera and pressure sensors in the seat, bar grips and footpegs are also present to determine the rider’s weight distribution and sitting position (posture). These also monitor the position of pillions to account for their influence over the bike’s weight balance too.

Altogether, the tech will grant the motorcycle the same level of semi-autonomous abilities similar to what we see in the current crop of premium cars. In fact, Honda has something similar at work in a number of their cars already through a suite called Honda Sensing. 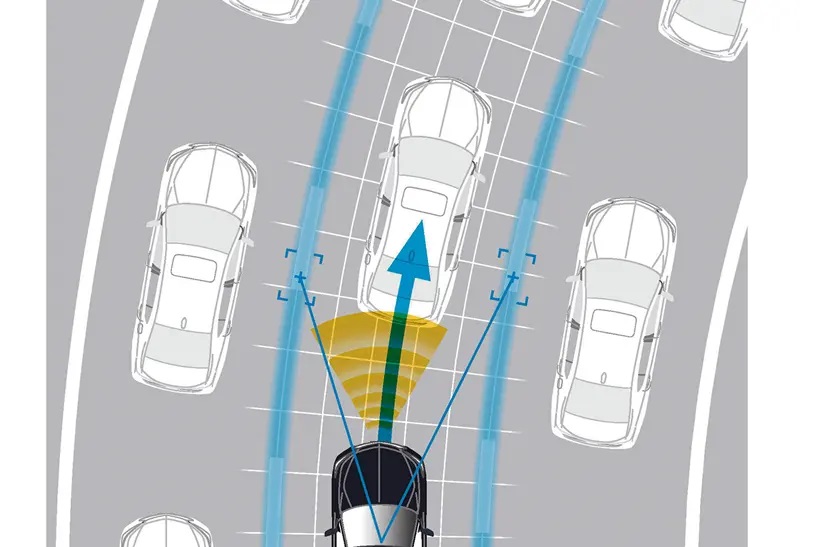 Features such as adaptive cruise control (ACC), lane-keeping assistance (LKAS) as well as auto lane-changing (ALC) and ‘low-speed car passing’ (LSP) to automatically overtake slower vehicles are all enabled by this tech, and it seems very close to having true autonomous riding abilities too.

The LKAS is more complex on bikes than cars. Unlike car-borne systems that positions the vehicle in the middle of the lane, the two-wheeled version of which has the ability to alter its position within the lane depending on circumstances.

In the instance of group rides, the system adopts a staggered pattern by offsetting itself from the bike ahead, which will maximise vision and increase available braking distance. In corners, it uses the lane’s width to open the curve. If a faster bike is detected approaching from behind, the system is designed to move to the side of the lane and let it pass.

However, just like its Honda Sensing suite in its cars, the rider is still intended to be in overall control, with the tech stepping in to help only when needed.

Also, as this is a long-term project, don’t expect to be able to buy a bike with this technology anytime soon. Surely, q radar-assisted adaptive cruise control and lane-keep-assist system is likely to be the first step. However, in a not so distant future, we won’t be surprised to see Honda introduce a bike capable of stepping in and save its rider from an accident before they even realised the risk existed.