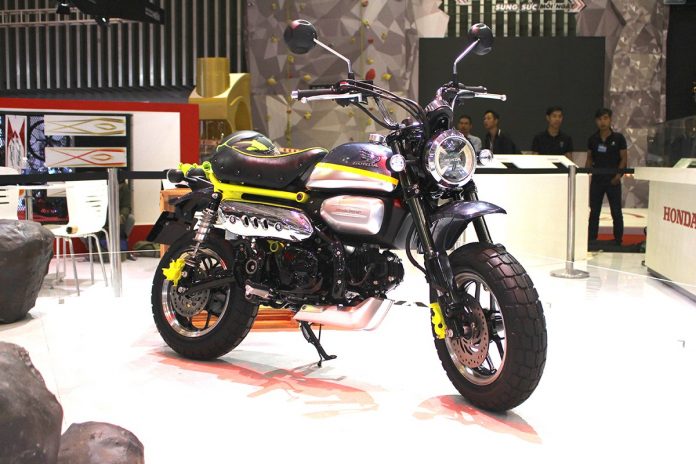 The Honda Monkey 125 Concept has shown itself last week at the 2017 Vietnam Motor Show in Ho Chi Minh City.

According to the photos, the Monkey 125 shares its DNA with the current Honda MSX 125 or Honda Grom.

The Monkey 125 looks very similar to the patents filed by Honda in September of last year. 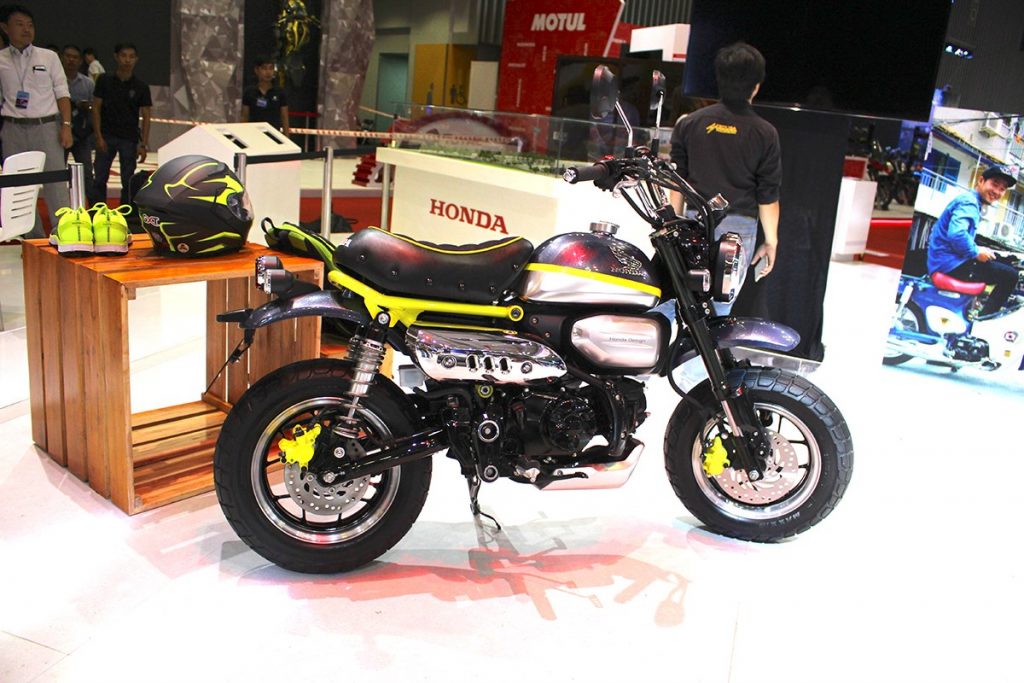 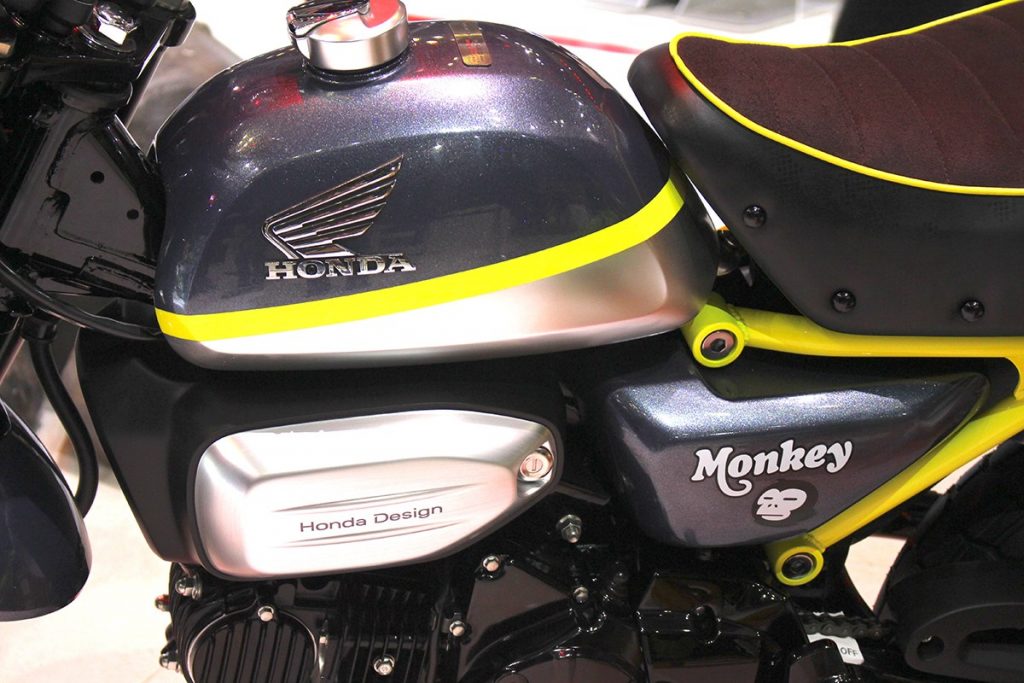 According to the photos and patented plans posted by MCN last year, the actual concept bike does look a lot like the ones in the patent including the grey and silver colour scheme with fluorescent yellow accents. 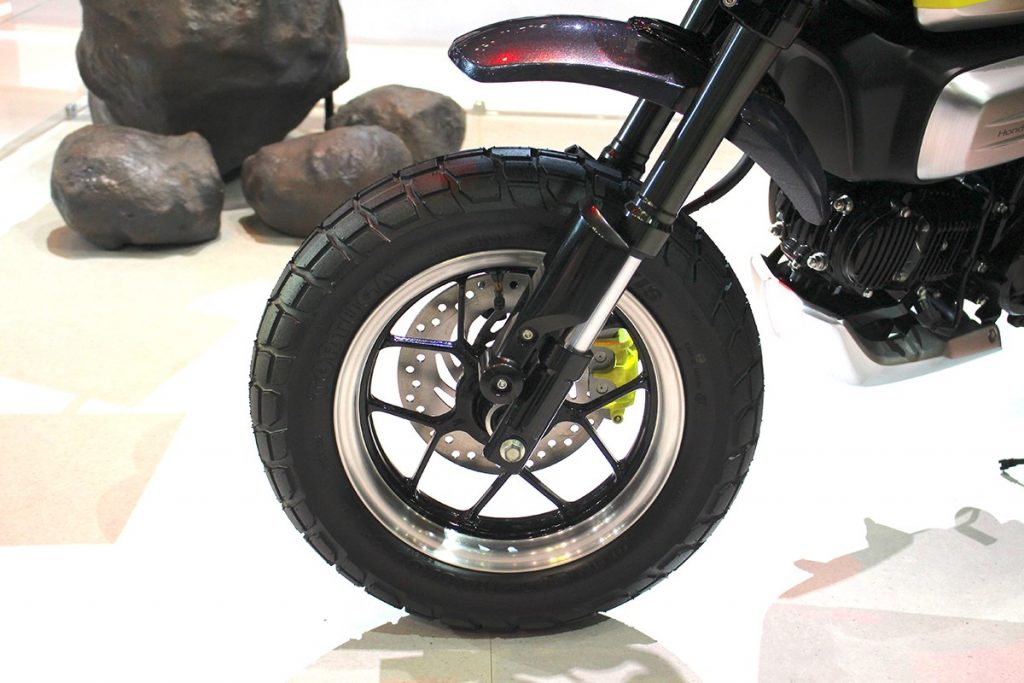 Looking at more details on the concept bike, it looks like it shares some similar parts that can be found on the current MSX 125 or ‘Grom’ such as the cast alloy wheels, all-round disc brake package and telescopic front forks. 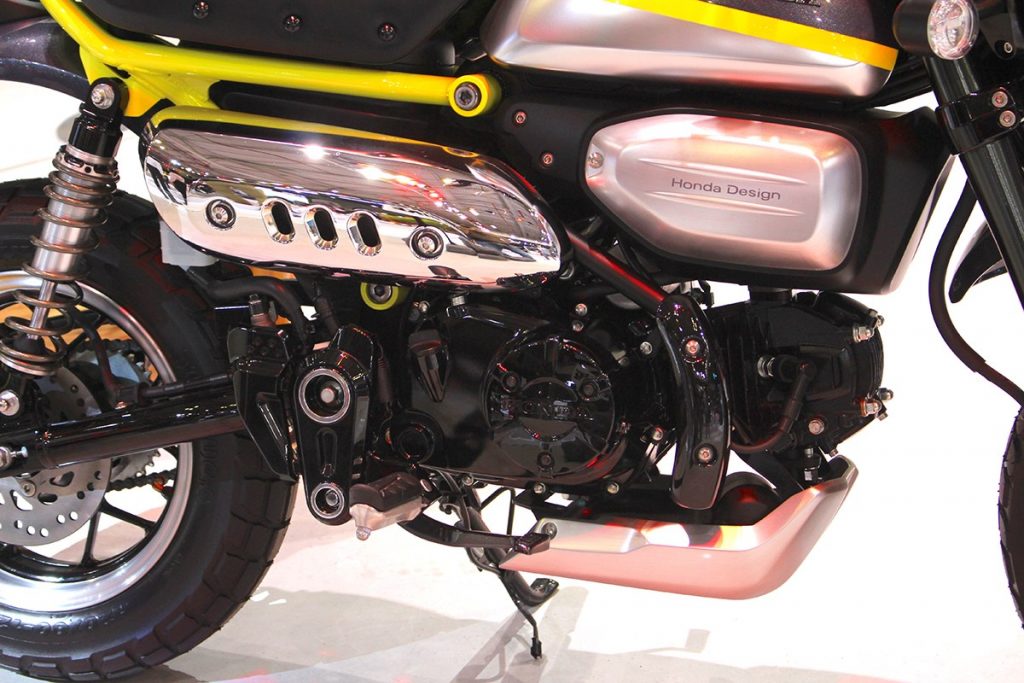 The biggest difference between the Monkey and MSX would be the subframe where as you can see in the photos, it has that fluorescent yellow subframe to hold the Monkey 125’s single seat setup. Following this new subframe, it also comes with twin shock absorbers handling the rear instead of the monoshock suspension that is available on the MSX 125. 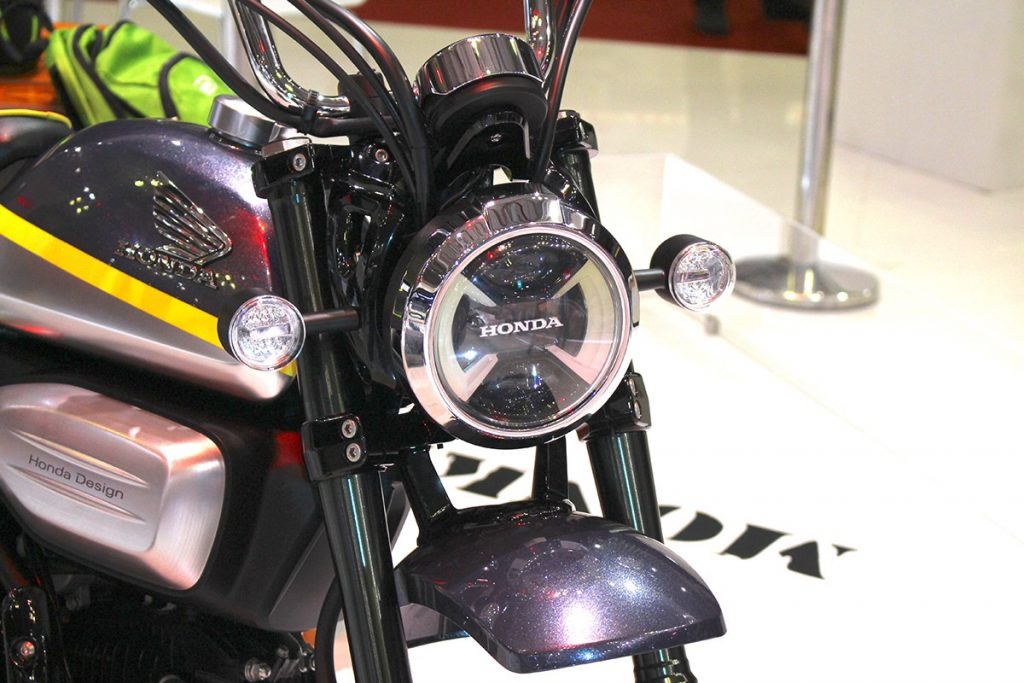 The concept bike is also equipped with a digital speedometer together with a funky looking front LED headlights to bring the classic bike into the future. That round headlight design reminded us of the Honda 150SS Racer concept bike which was on display just last month at the 2017 Bangkok Motor Show. 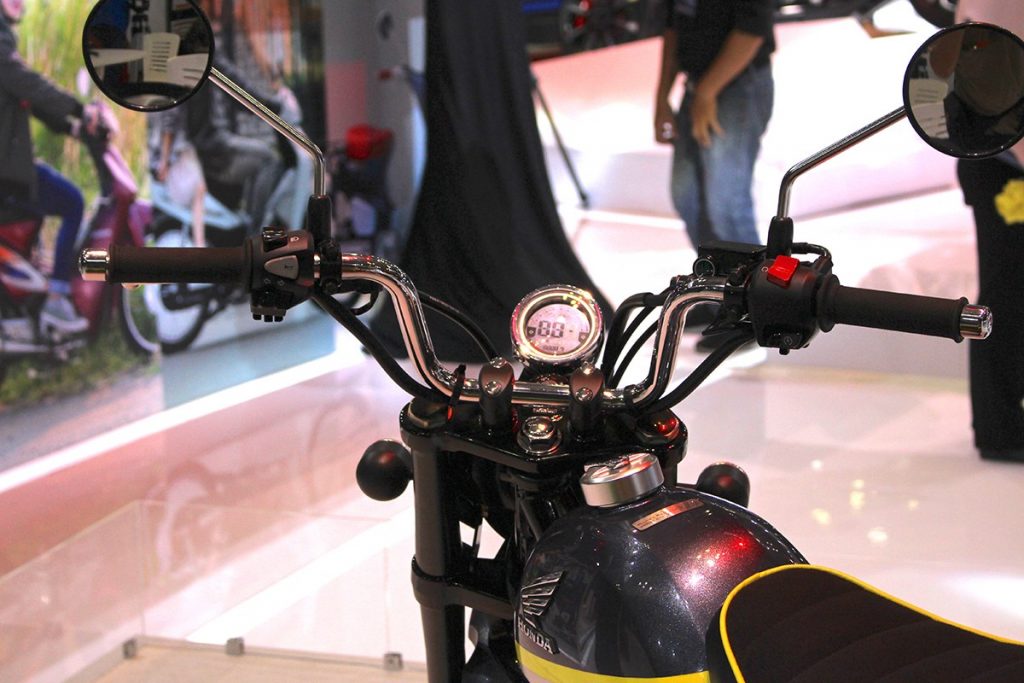 No further details have been shared by the giant Japanese bike manufacturer yet but if the Monkey 125 shares the same engine as the MSX 125, it will probably run a 125cc, air-cooled, single-cylinder engine with fuel injection that churns out 9.7hp at 7,000rpm and 11Nm of torque at 5,250rpm. The current MSX 125 drives all that power down to the rear wheel via a four-speed manual transmission with a final chain drive. 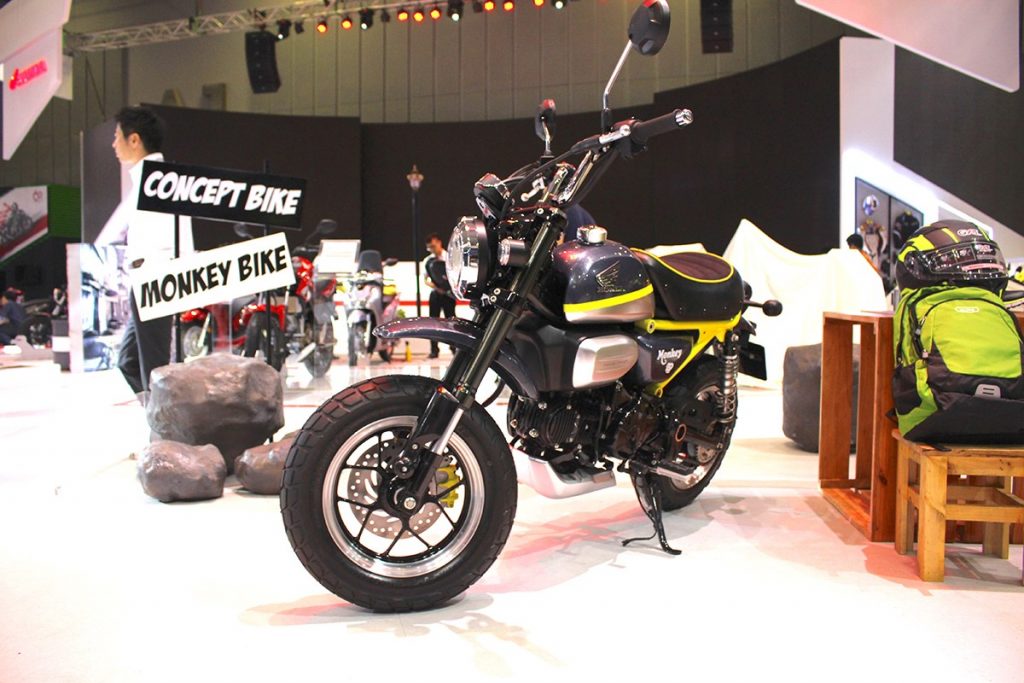 Since it’s still not a bike that is in production, we won’t be hearing anything about the price and availability anytime soon but if it does come to our Malaysian shores, we reckon that it won’t be that far from the MSX 125 which is priced at RM11,128.94 (basic price with GST).

Stay tuned to Bikes Republic for more updates. In the mean time, CLICK HERE to check out the entire Honda bikes available in Malaysia.