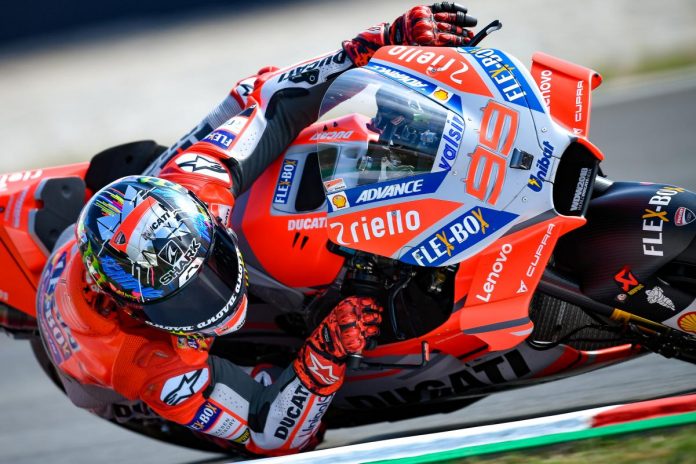 Honda Racing Corporation (HRC) hopes to find out more from Jorge Lorenzo about the how the Ducati compares to the Honda RC213V.

HRC Technical Manager Takeo Yokoyama said that he is curious about the Ducati’s strong points when Lorenzo joins the Japanese team from next season.

Repsol Honda factory team rider Marc Marquez is on the way to sealing his fifth MotoGP title, but it doesn’t discount the fact that the Desmosedici GP18 is considered the best all-round bike. It took six victories so far, three each for Lorenzo and his teammate Andrea Dovizioso.

“He (Lorenzo) is a champion, he has ridden many different bikes in the past and he has been always fast. So, I think he can adapt to our bike,” Yokoyama told MotoGP.com.

However, Lorenzo prefers a stable motorcycle especially during corner entry as he rides the traditional “long arc” style, rather than “point and shoot” like Marquez.

“Maybe one of the things that I’m a little worried he would struggle with is the stability of the bike (Honda). I think you can see from TV that the Honda is many times shaking, dancing, jumping,” admits Yokoyama.

Lorenzo will get his first taste of the Honda in November during the Valencia post-race test.