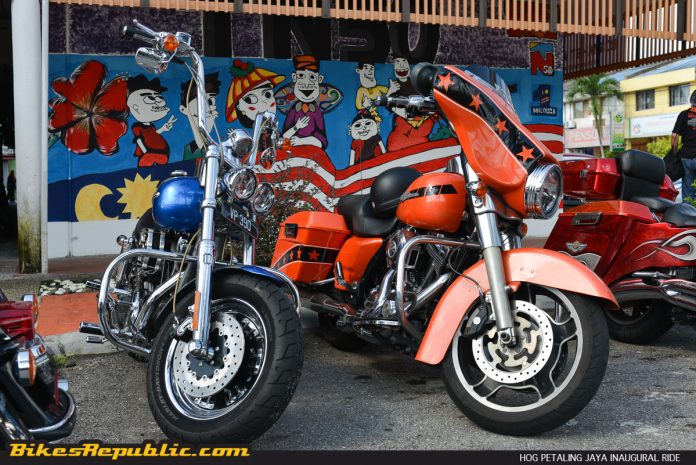 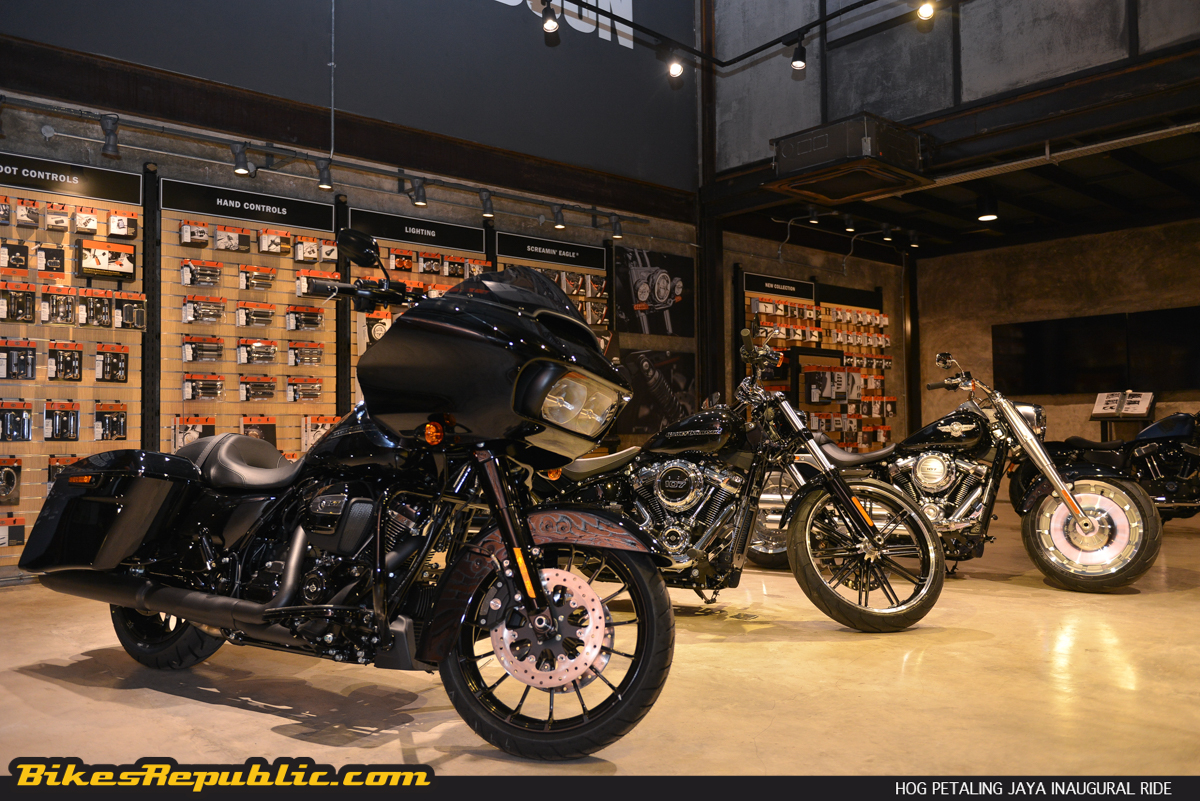 Please click on the link below on our coverage of the launch. 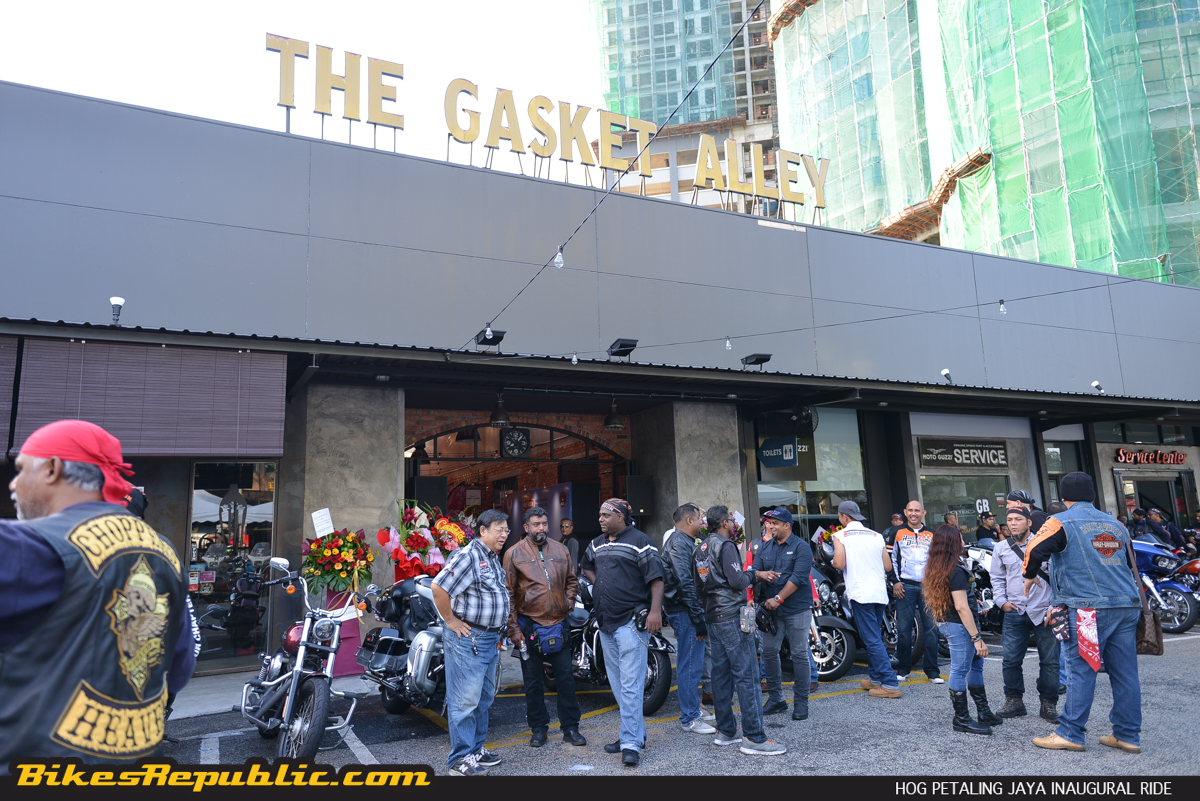 Harley owners began arriving at the dealership from as early as 7 am despite a morning downpour. They were seen wiping down their beloved steeds of steel soon after. But the owners started arriving en masse after the rain and they descended in droves –solo, with a passenger, in small groups, large groups. 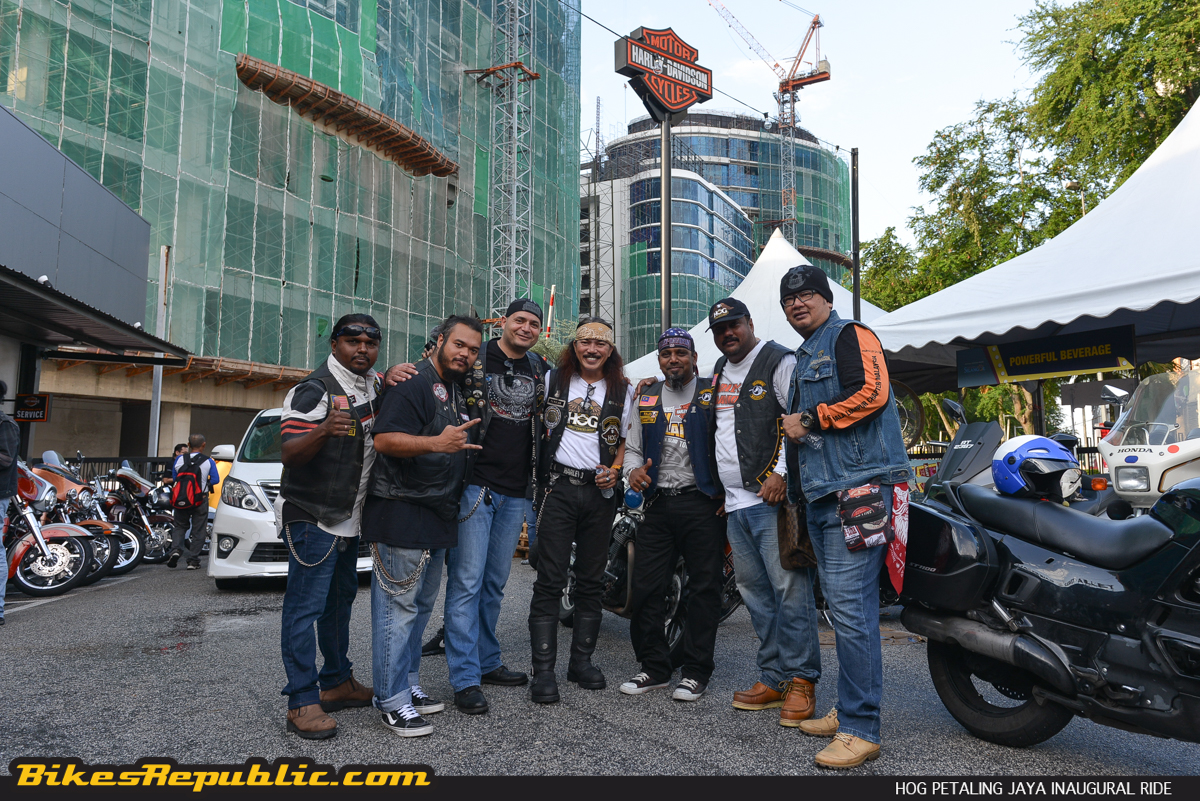 As Harley-Davidson motorcycles appeal to a wide range of customers and fans, the riders were equally colourful in their demeanour, not to mention their bikes and clothing. There was a guy who arrived wearing a Red Indian bonnet (headdress). 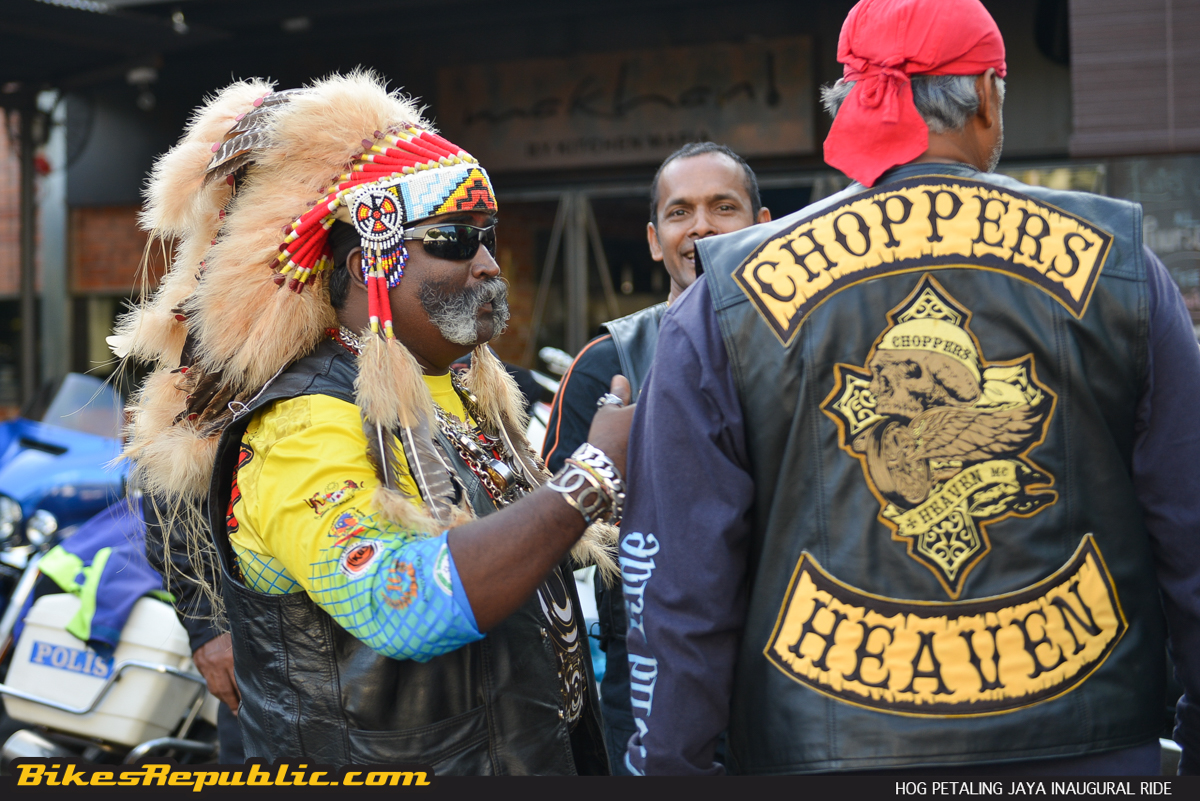 Touring models were converted to baggers, Softails to show bikes, Sportsters to bobbers, Dynas to drag bikes, and anything else to the customers’ imagination. 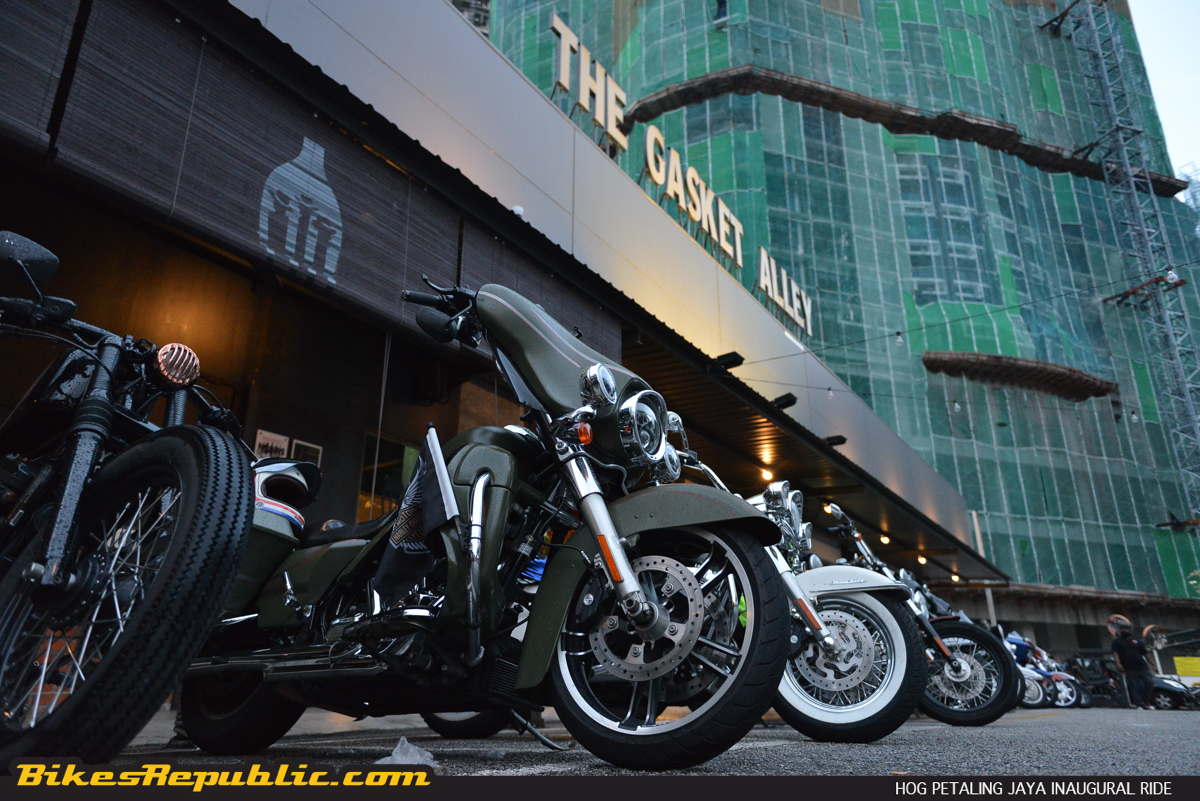 Besides that, as with the saying, “No two Harley’s are alike,” many had been expectedly customized. There was one Street Glide with custom paint with a hog (since Harleys are also called “hogs”) as a fender ornament. There were others with tall ape hanger handlebars, drag bars, boulevard bars. The favourite modification is, of course, the exhaust, since almost all owners love to “liberate” the sound of that Milwaukee V-Twin. There were short (and loud) dual straight pipes, huge bazooka-like pipes, fishtails, and everything else in between. 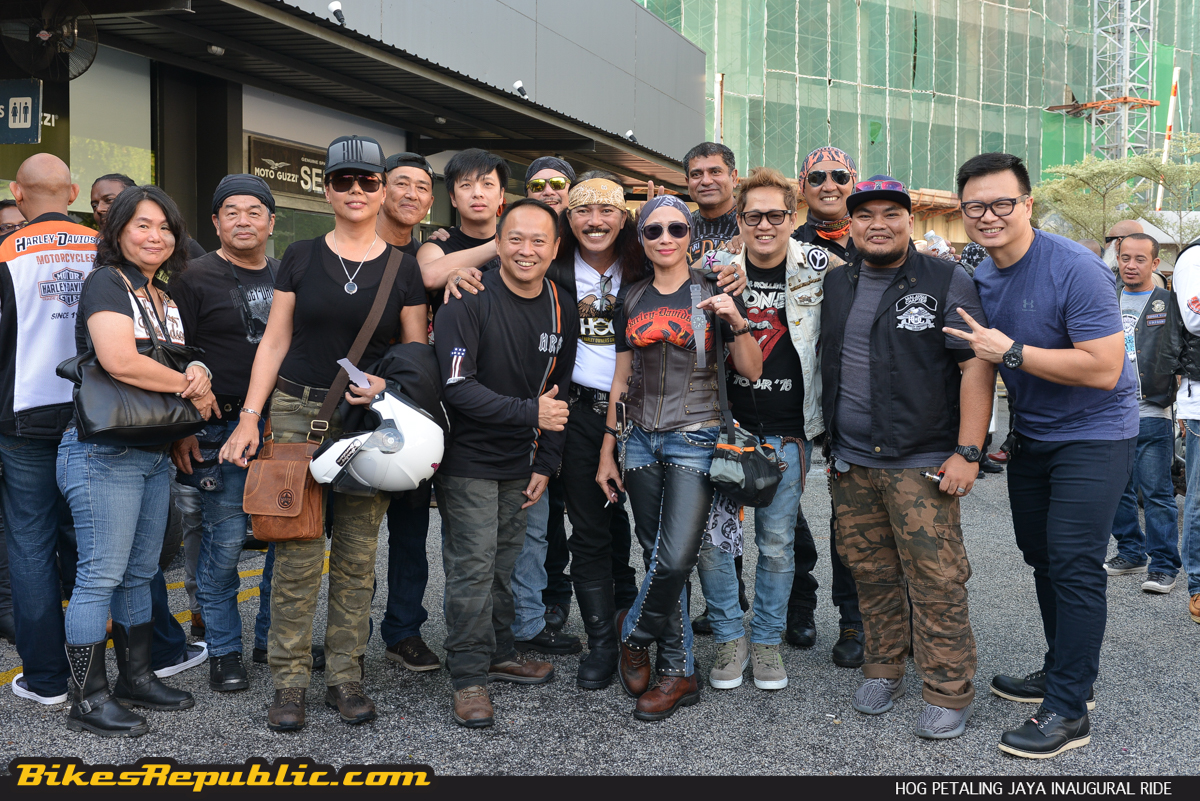 The owners also showed up in their respective “colours,” as in which sub-Chapter or bike club or group they ride with. Thankfully, there wasn’t any who showed up with the “1%er” badge – denoting their outlaws. 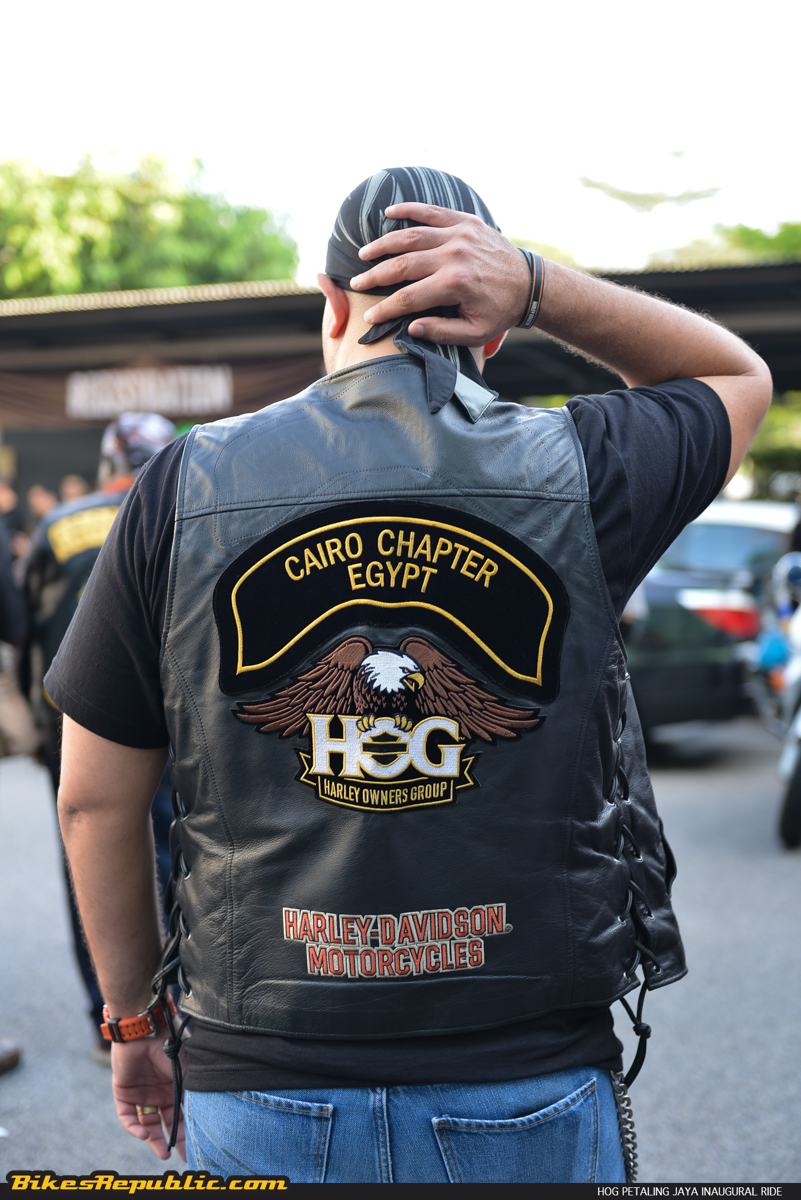 It was apparent that they liked seeing their riding buddies – a familiar face or faces in a sea of people evokes a sense of belonging. Hugs, warm handshakes and secret handshakes were exchanged. 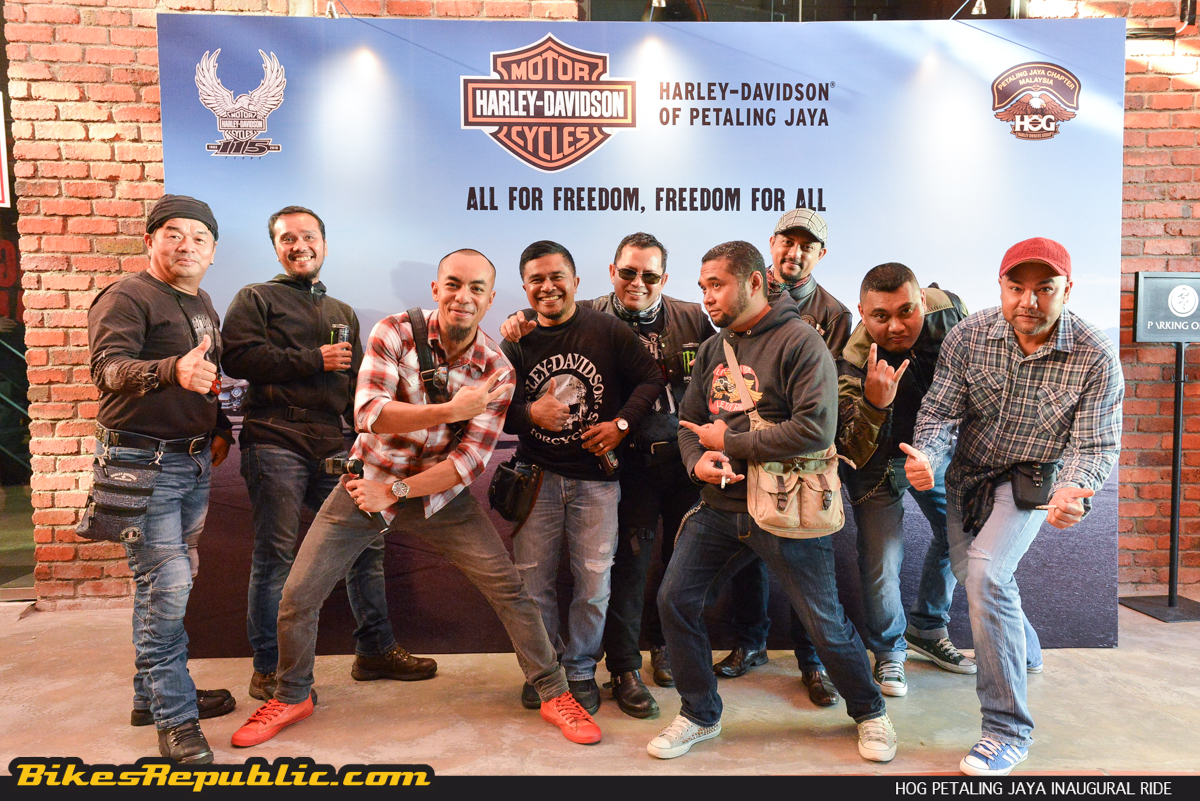 In the meantime, HOG’s Road Captain, marshals and PDRM Traffic Police outriders huddled for a briefing. 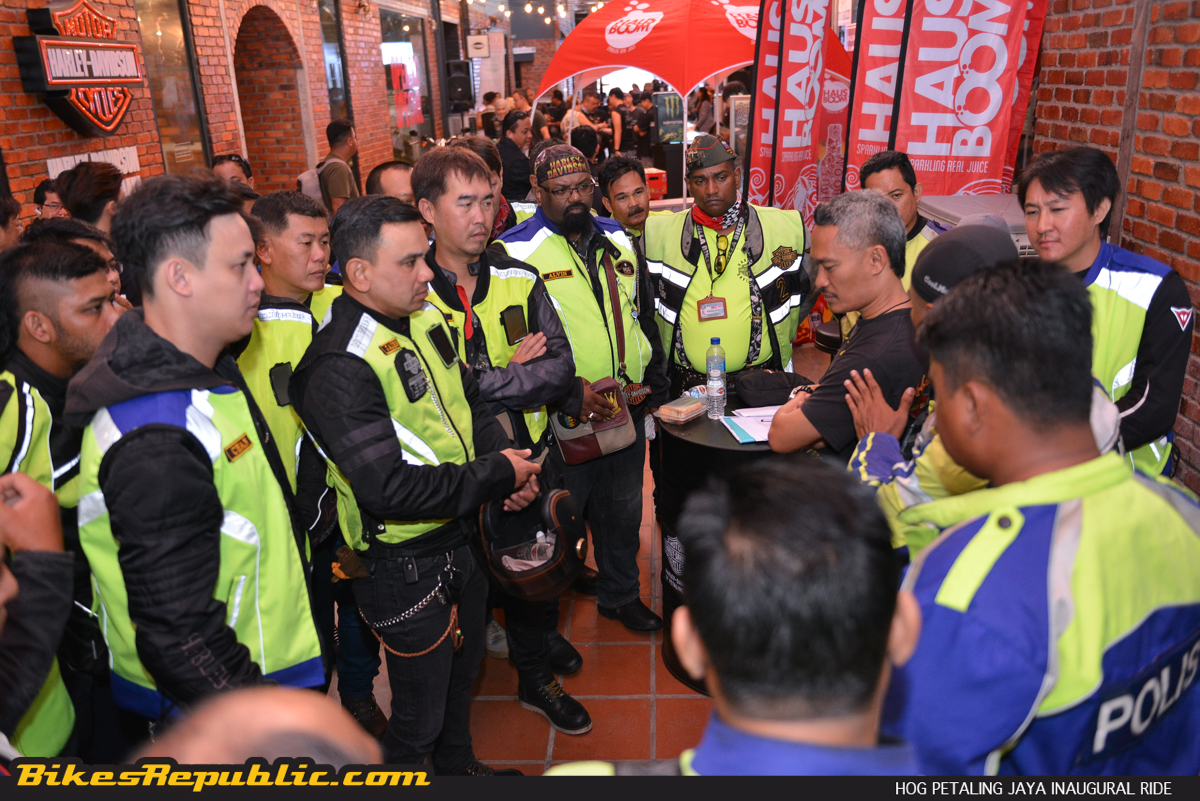 Soon, the emcee called for the owners to move into the hallway in The Gasket Alley, for the official launching of the dealership. By then, more than 500 bikers had shown up, inundating the compound and spilling out into the streets. 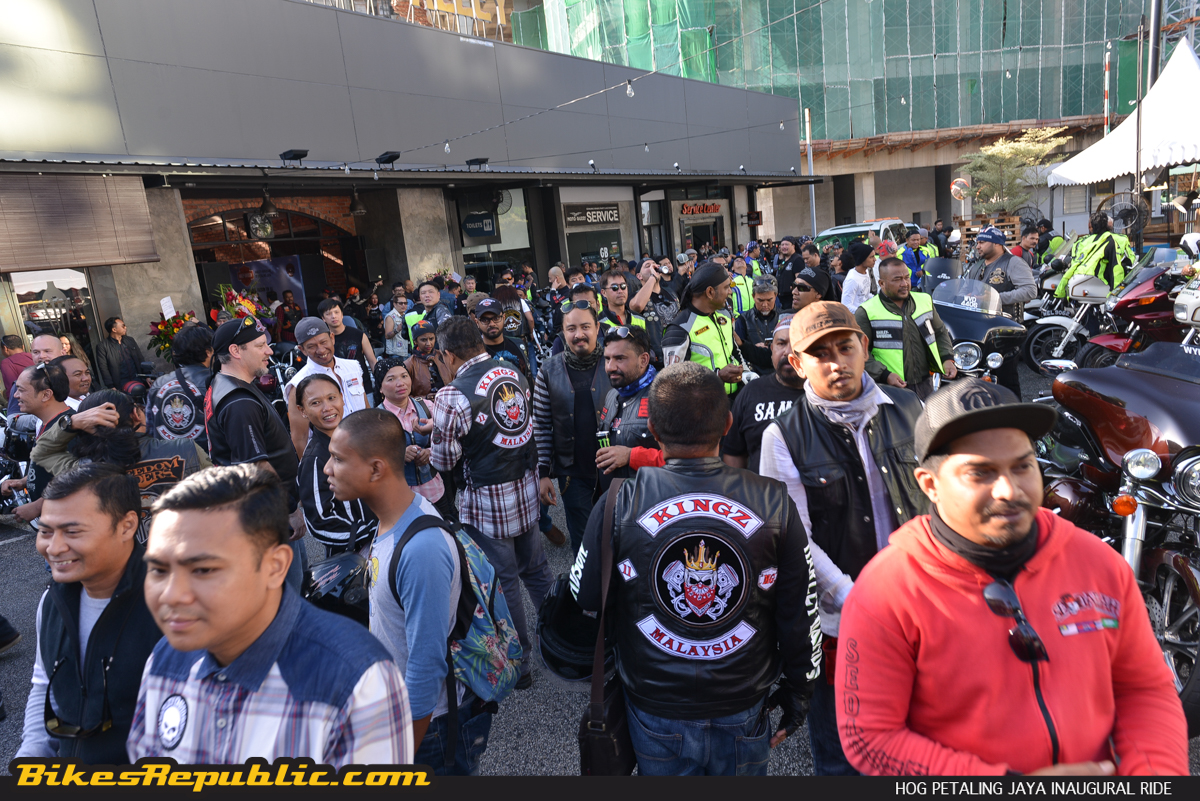 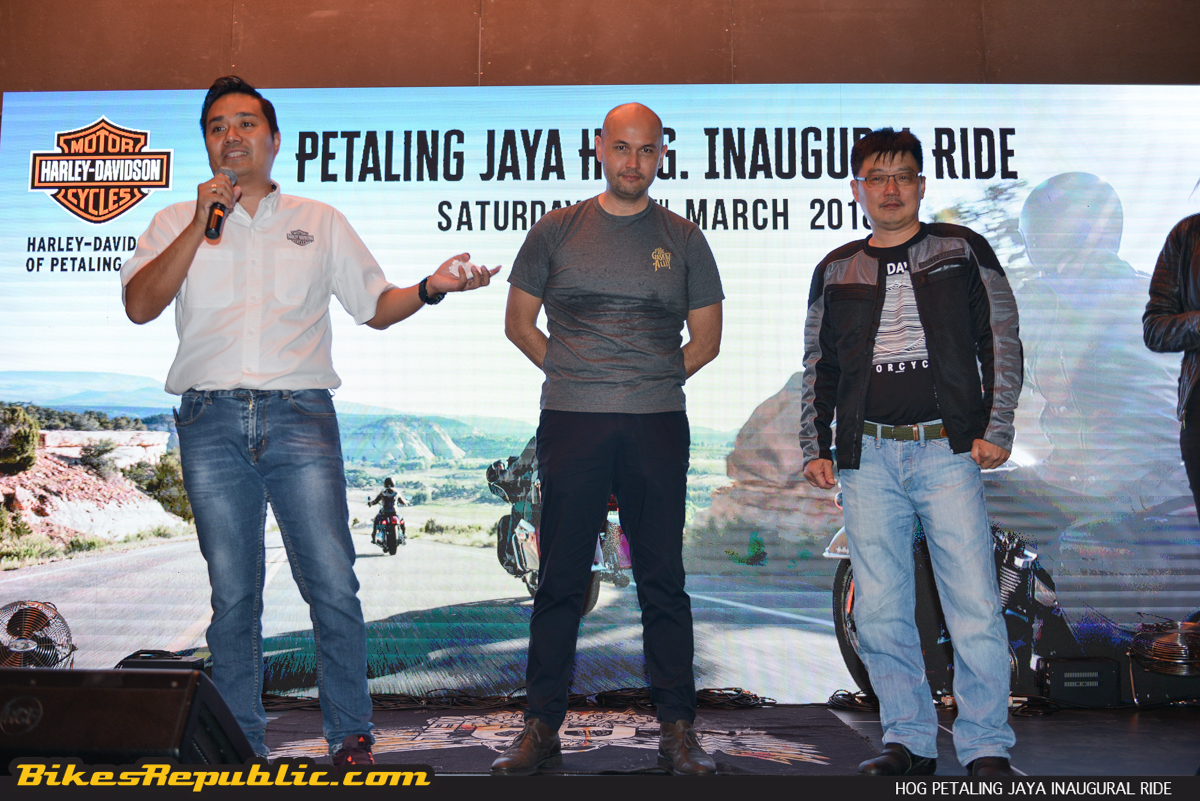 The massive convoy fired up to a heavy metal thunder and probably causing the Meteorological Department to panic in locating a mild earthquake in Petaling Jaya, to AC/DC’s “Highway to Hell,” nonetheless. 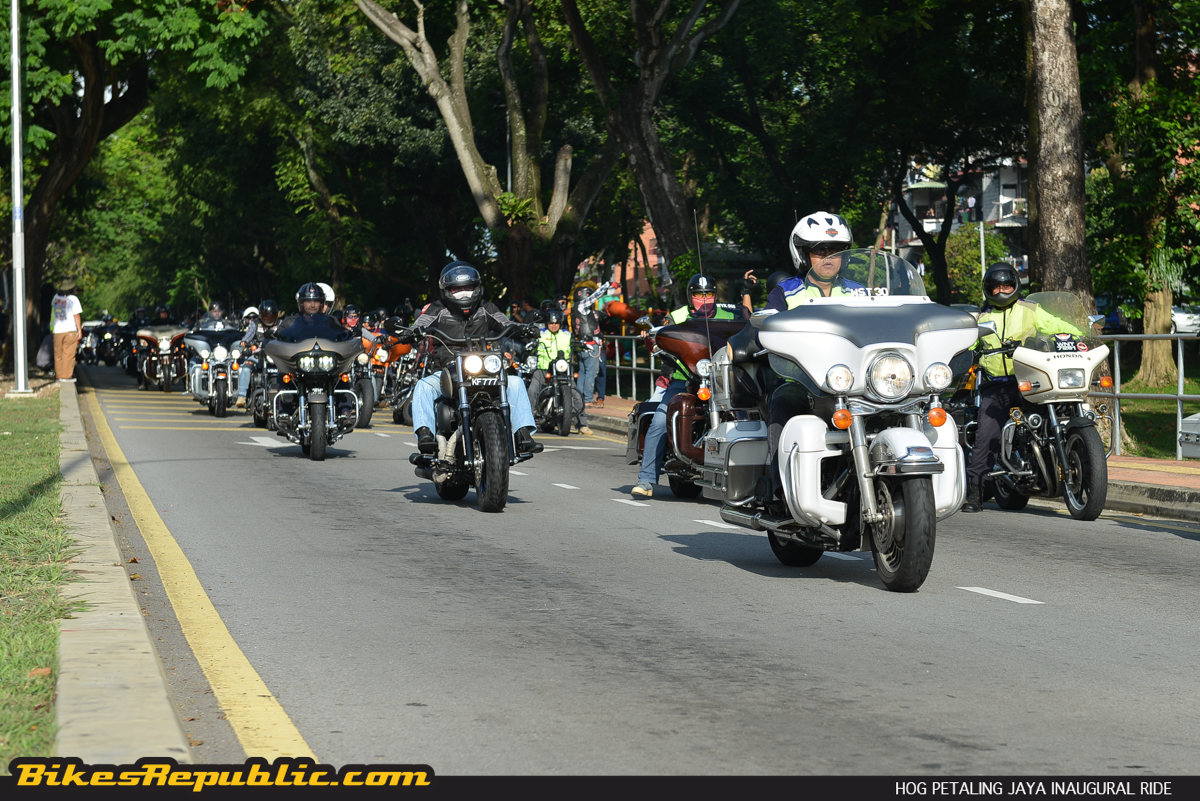 RELA personnel and the Traffic Police outriders controlled traffic as the Iron Horses rolled onto the road towards the sleepy town of Tanjung Malim in Perak. The riders pushed head in a smart two-by-two column. 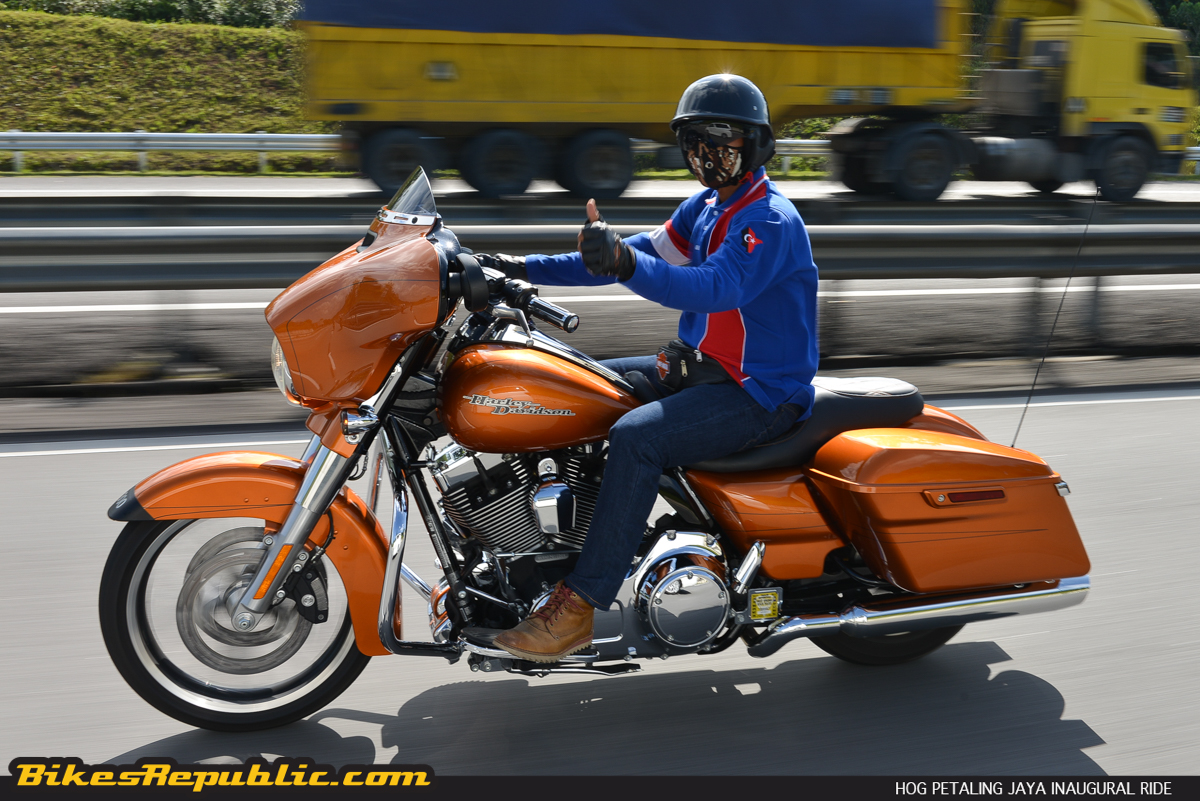 The Police along with retired Traffic Policemen and HOG Marshals guided the long convoy along the North-South highway toward their destination with aplomb and professionalism, while signalling other traffic to pass, so as not to cause a massive traffic jam. As such, not one incident occurred along the way. 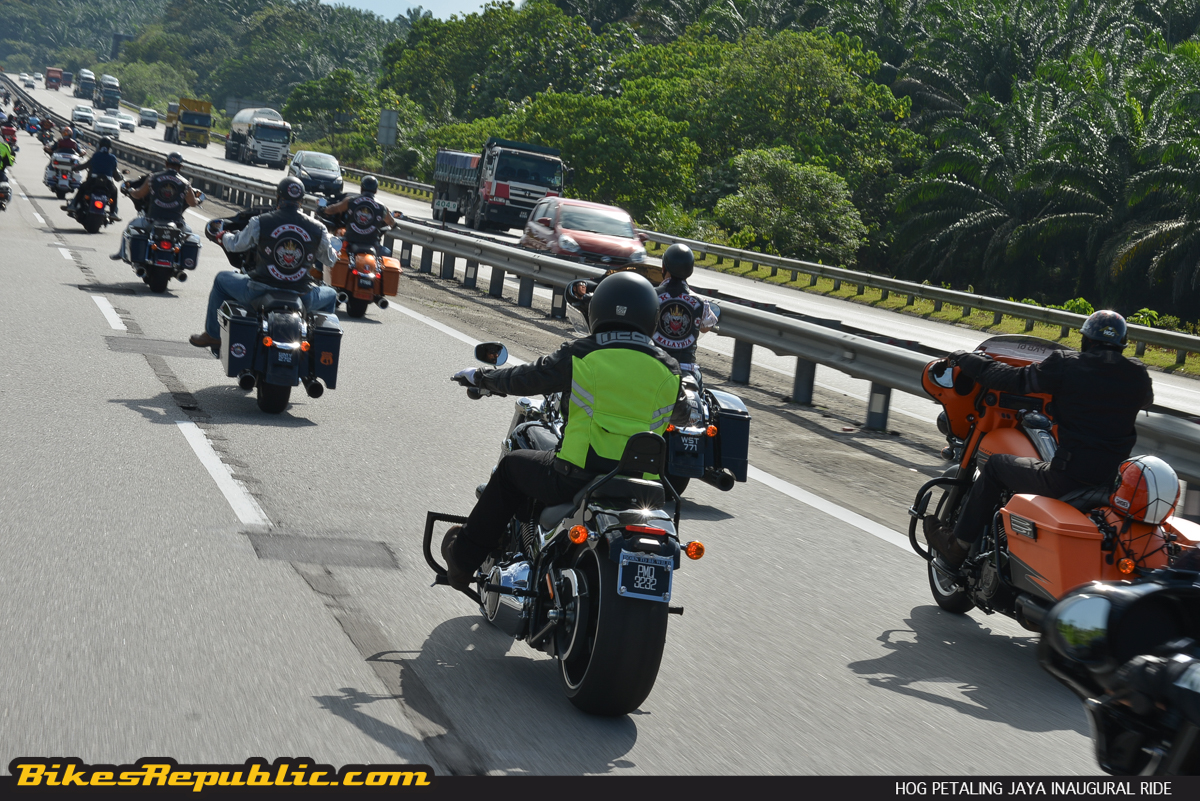 The group descended upon the small town, probably waking up anyone was still asleep during the hot morning and stopped at Sarang Art Hub for refreshments. The venue was an old bungalow and consists of a collection of antique wares. The hungry and thirsty (mainly thirsty) riders queued up for food and drinks. 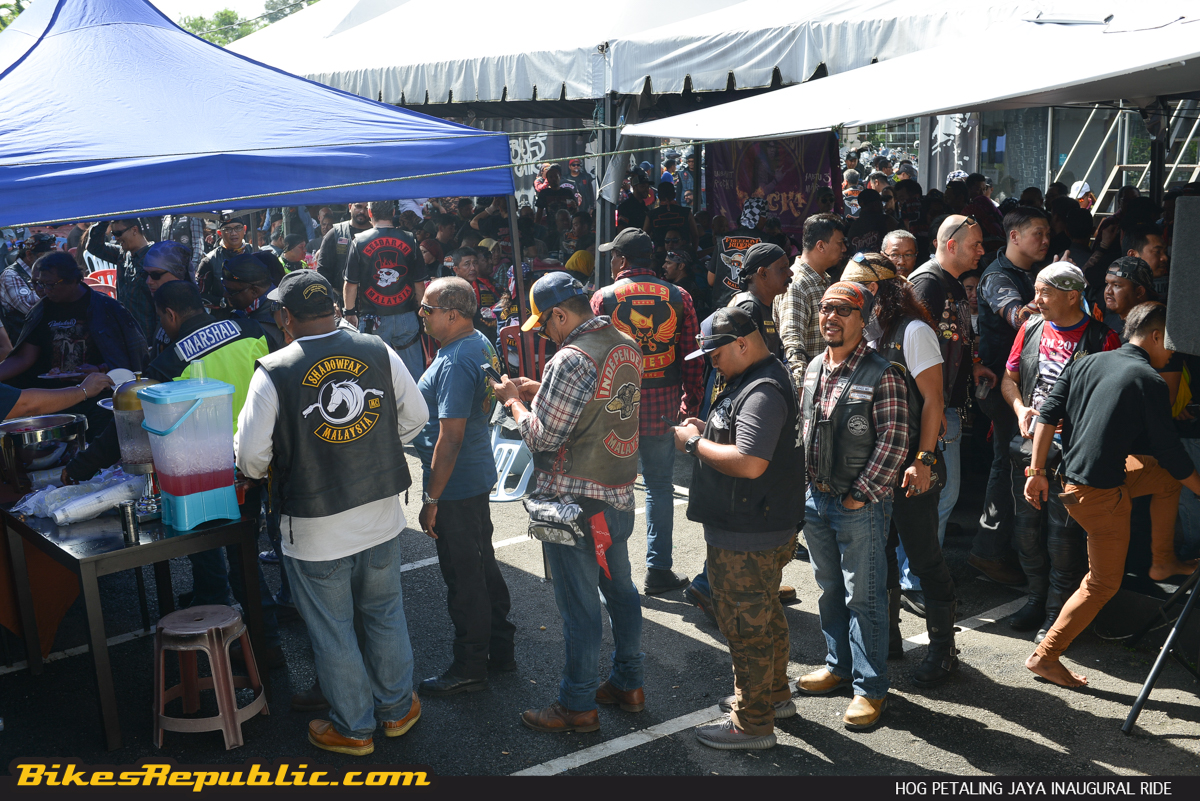 The hosts put on a live band show, helmed by a singer who sounded uncannily like “Papa Rock” Ramli Sarip and backed up by an awesome band, in barefoot on the stage. He belted out classic hit after classic hit to the delight of the participants. A few started calling out a fellow biker to sing as he tried to hide away. He sportingly got up on stage and sang Guns ‘N’ Roses’s super hit “Sweet Child O’ Mine” and the ladies got up and danced. He even gyrated like Axl Rose, complete with a red bandana. 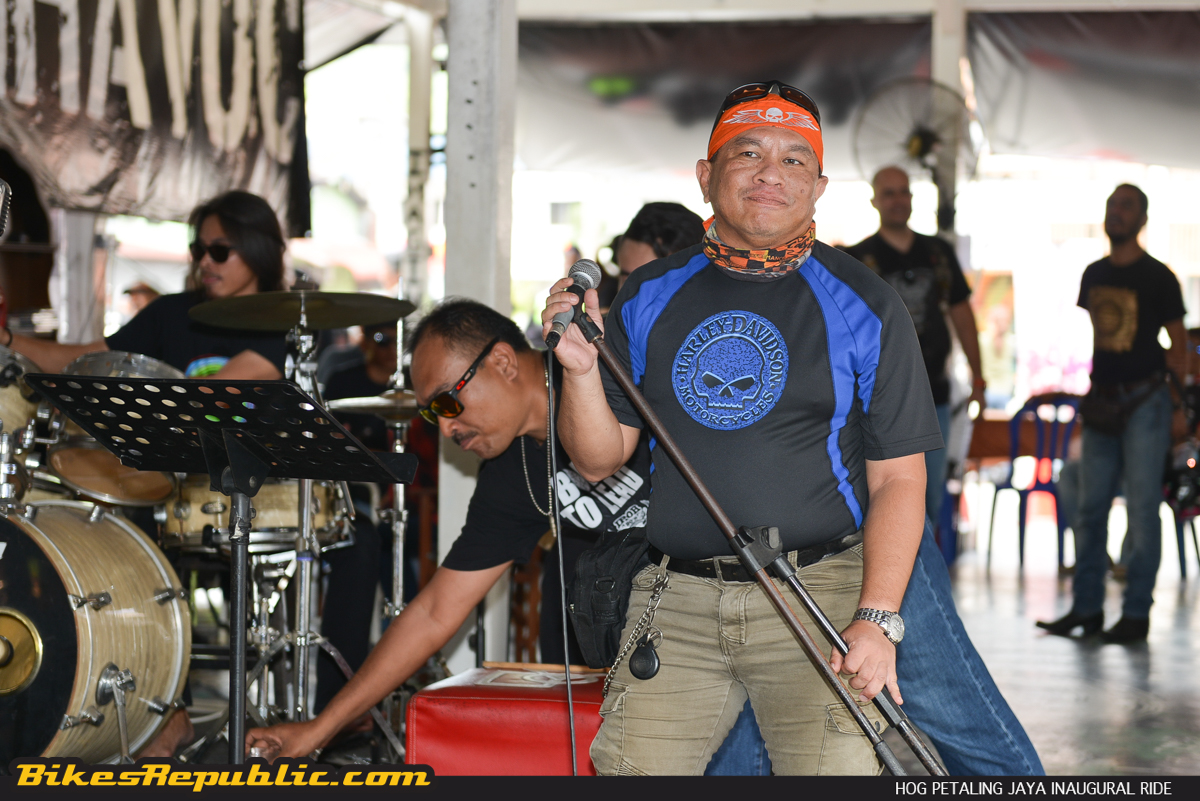 Soon, it was time to head back to Petaling Jaya, led again by the Traffic Police and marshals. 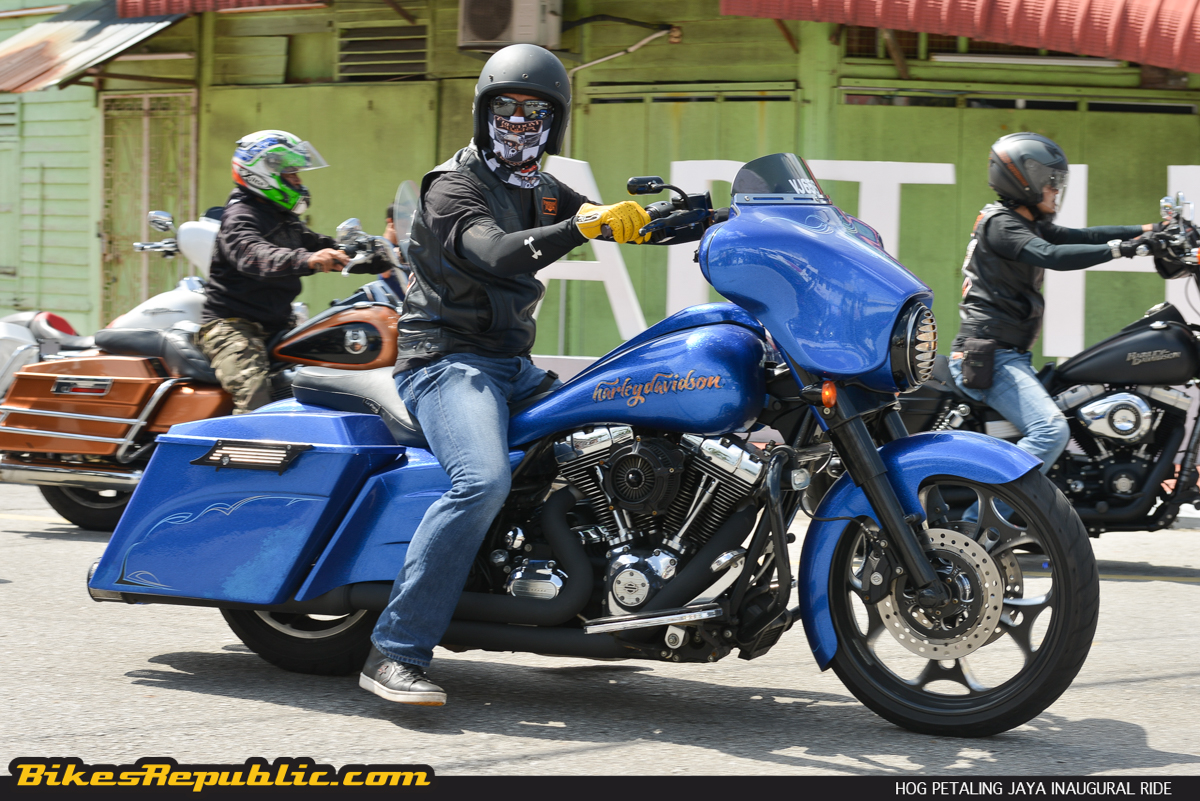 The ride back was brisk, but again, everyone arrived safely for more drinks and food for lunch. The Gasket Alley had also set up the Gasket Bistro, consisting of food and drink vendors in the compound. The party ran all the way to midnight. 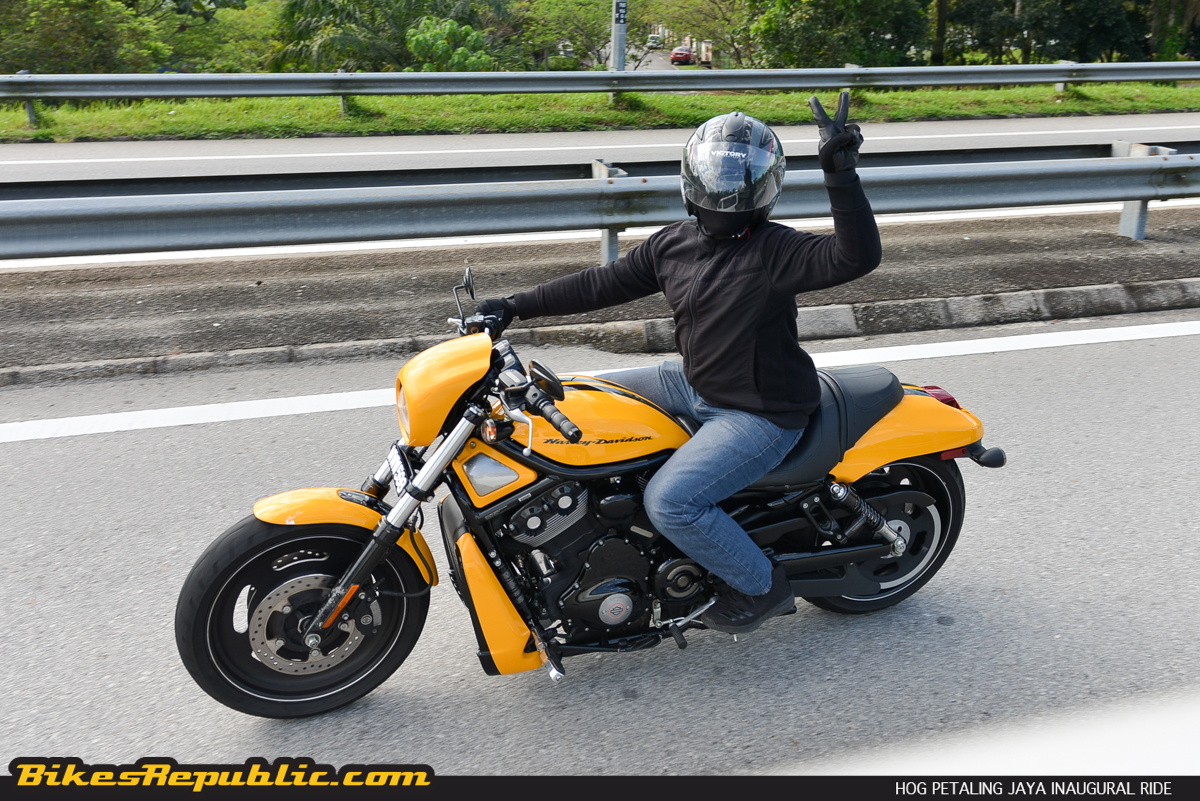 Looks like Harley-Davidson owners in Malaysia have a great new Chapter and home.