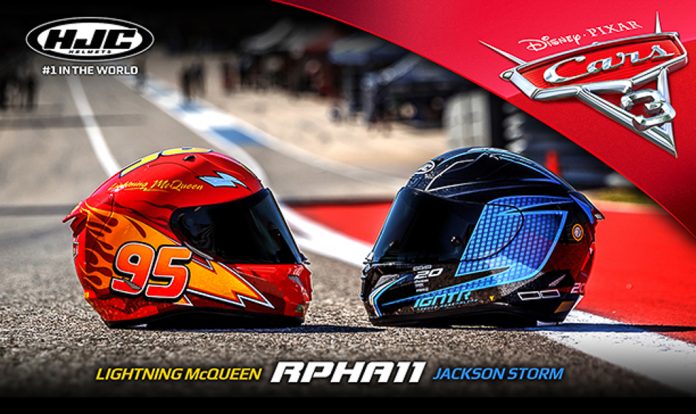 HJC Helmets has introduced their latest RPHA11 graphic helmets based on the upcoming Pixar’s Car 3 movie.

The two specially-designed helmets are based on the main characters Lightning McQueen and the new antagonist, Jackson Storm. 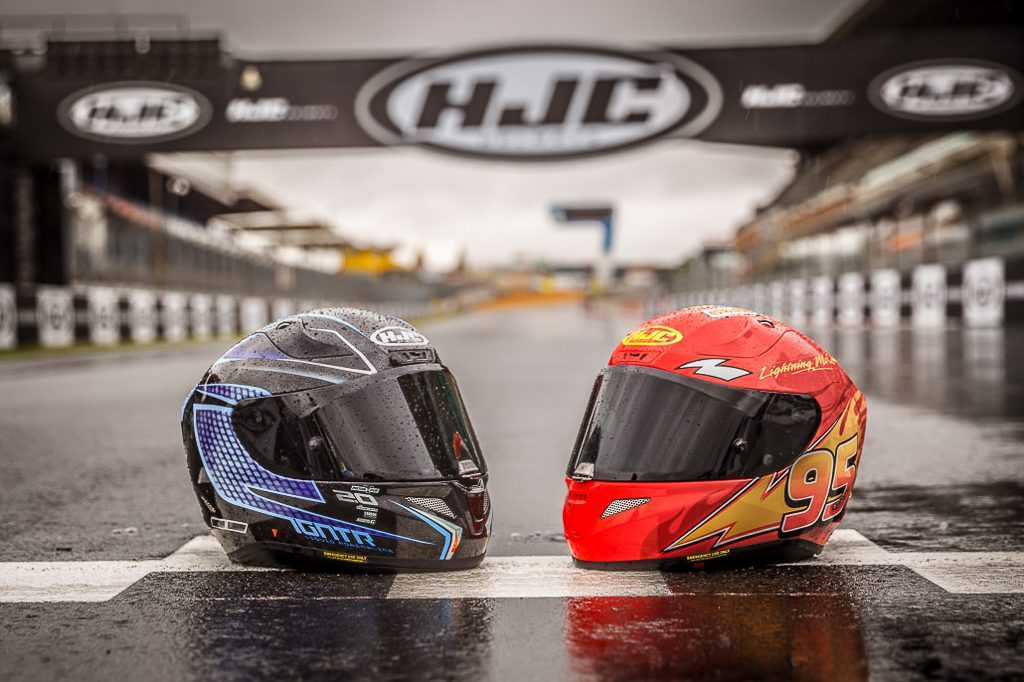 After a successful stint in providing beautiful helmets portraying some of the most beloved Marvel superheroes of all time, HJC Helmets now offers something a bit different for all movie fans out there. In conjunction with the upcoming Pixar’s Cars 3 movie release, HJC presents two new special designs inspired from the movie onto their flagship RPHA 11 race helmet. 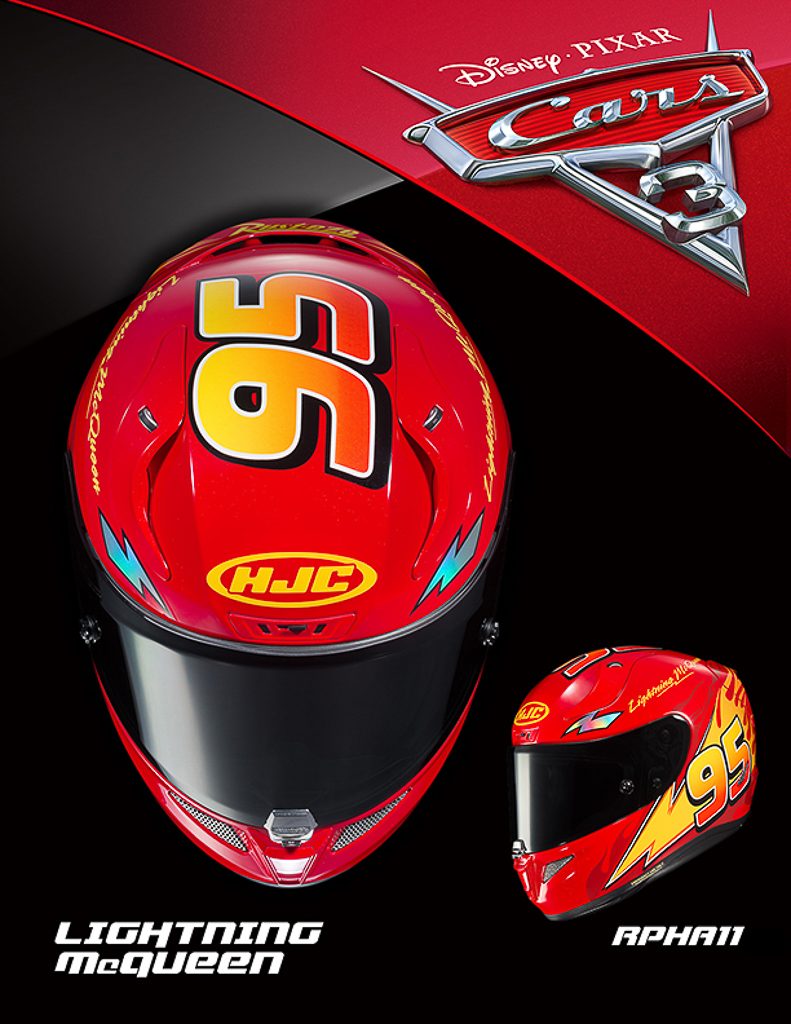 The first design portrays the iconic and memorable character of Lightning McQueen who is also the protagonist of the Cars movie franchise. It’s hard not to recognise such a beloved character in the motoring world thanks to its bright red paint scheme with the number #95 embedded on top. To complete the McQueen look, yellow thunderbolts and team sponsors are added on the race helmet as some finishing touches. 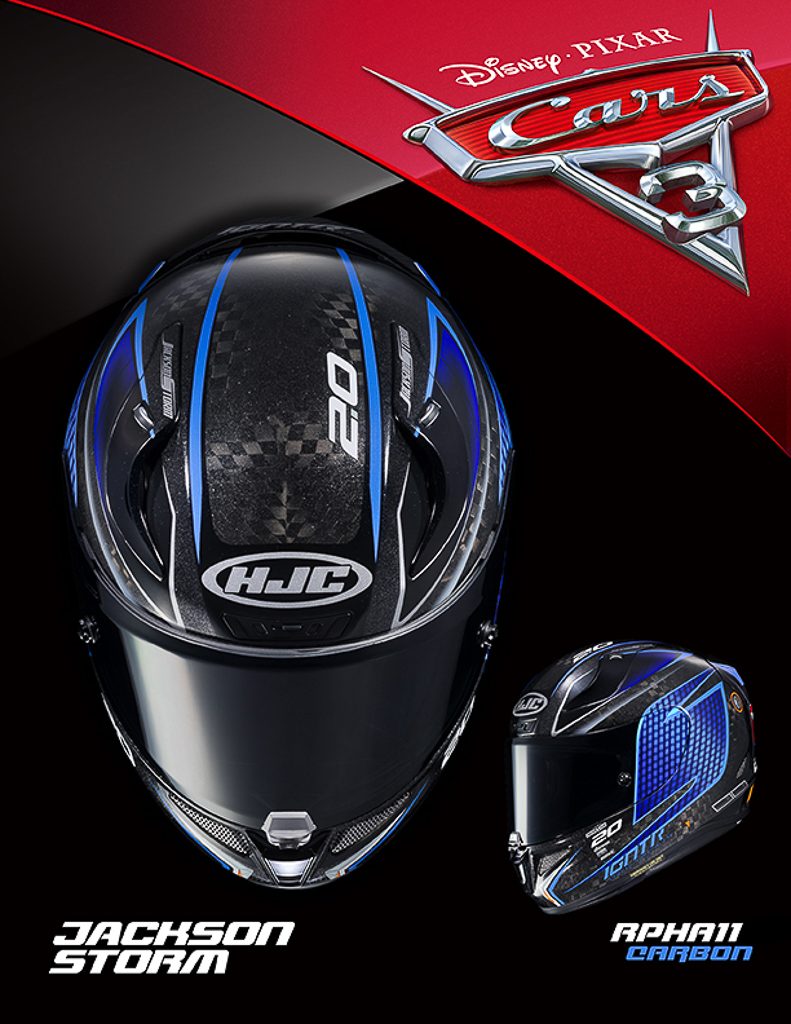 The other helmet design is based on the Lightning McQueen’s challenger and antagonist of the latest Cars movie, Jackson Storm. Known as the leader of the Next Generation elite racers, he is portrayed as the next futuristic race car that will take Lightning McQueen’s crown away for good. As the antagonist, the helmet portrays Storm’s dark and futuristic looks with that naked carbon fibre look together with deep blue lines and metallic accents. 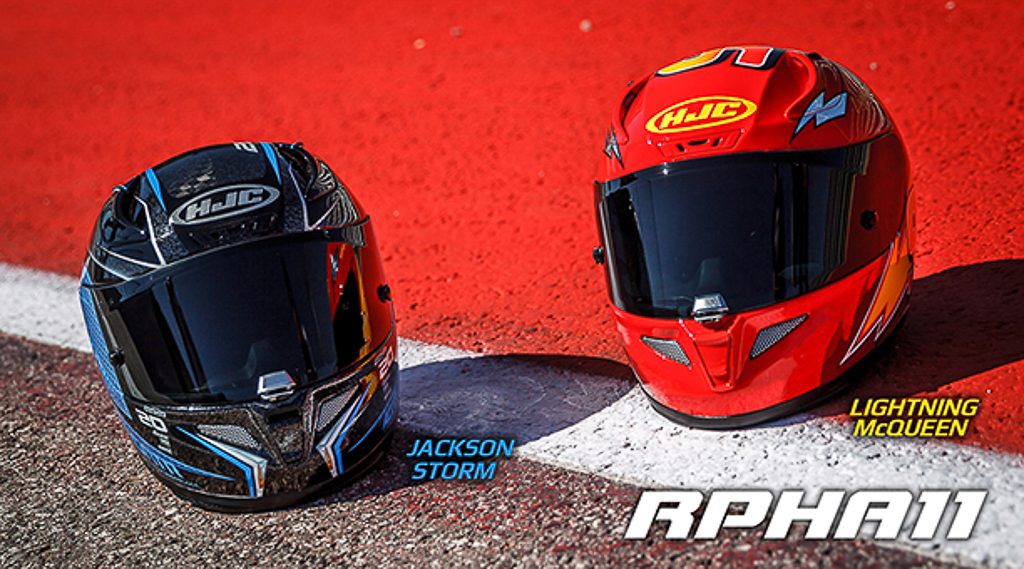 The movie is planned to be released to the world sometime between June until August 2017. Right after that, the helmet will be available for purchase in September at authorized HJC dealers around the world. Although we’re not sure what the official price once they’re here in our Malaysian shores, HJC Helmets already announced that official prices below:

Get hyped up about the helmet and movie with the official movie trailer of Pixar’s Cars 3!