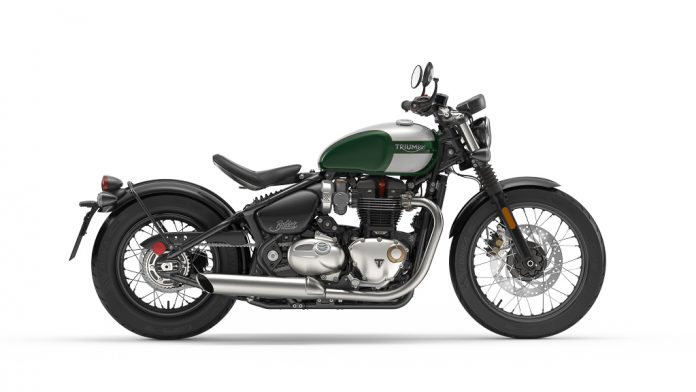 Hard Rock Cafe Penang is running a lucky draw contest called the ‘Rock N Ride’ where the ultimate giveaway is a 2017 Triumph Bonneville Bobber worth RM74,990!

Each person who spends a minimum of RM250 at the Hard Rock Cafe Penang is entitled for one entry in the lucky draw.

The ‘Rock N Ride’ contest ends 14 December 2017 and the lucky draw will commence on 15 December 2017. Other prizes include a few nights stay at Casa Del Mar Langkawi and Hard Rock Hotel Penang. 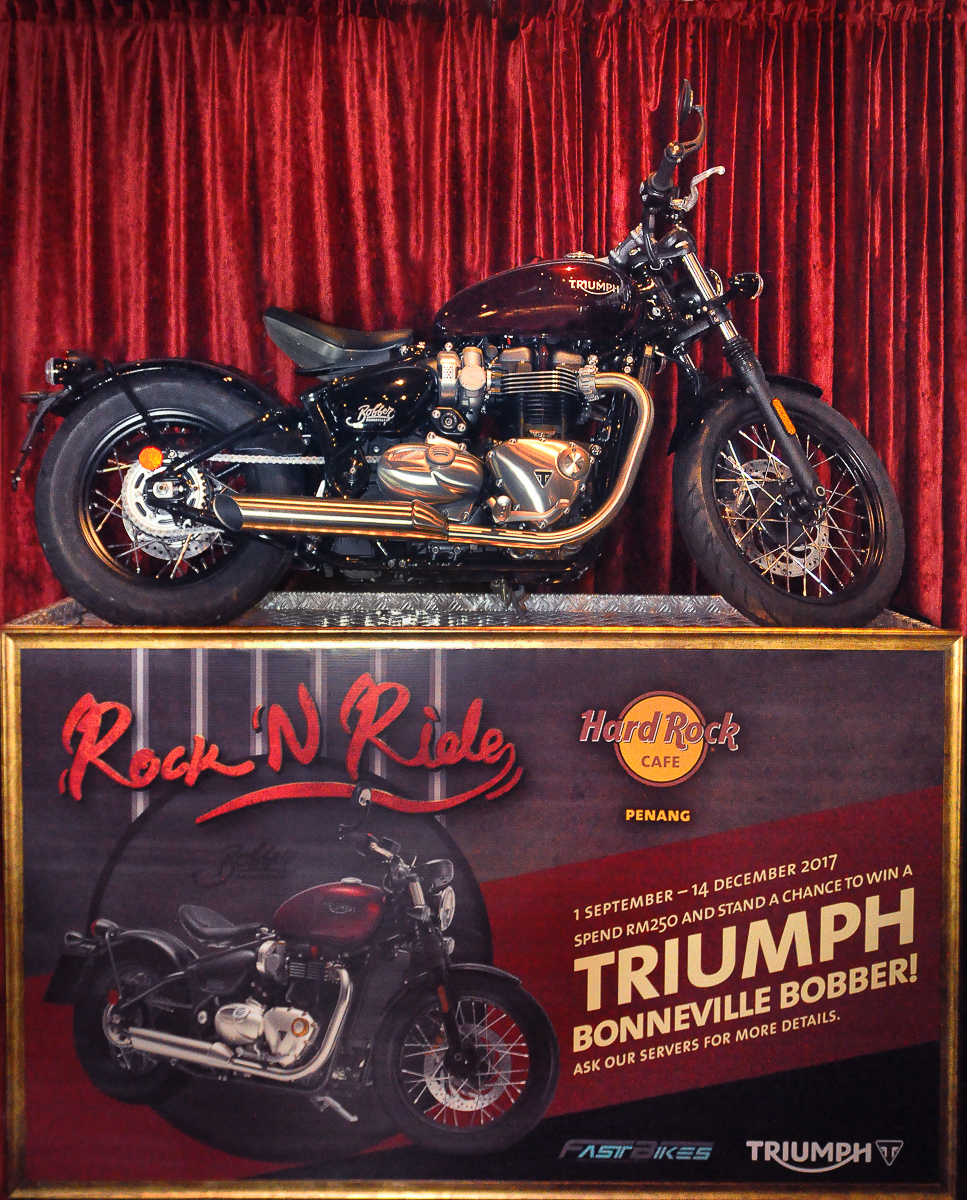 You read the title right, ladies and gentlemen. Hard Rock Cafe Penang is running a very special contest dubbed the ‘Rock N Ride’ where the grand prize winner will walk away with the beautiful 2017 Triumph Bonneville Bobber worth RM74,990. 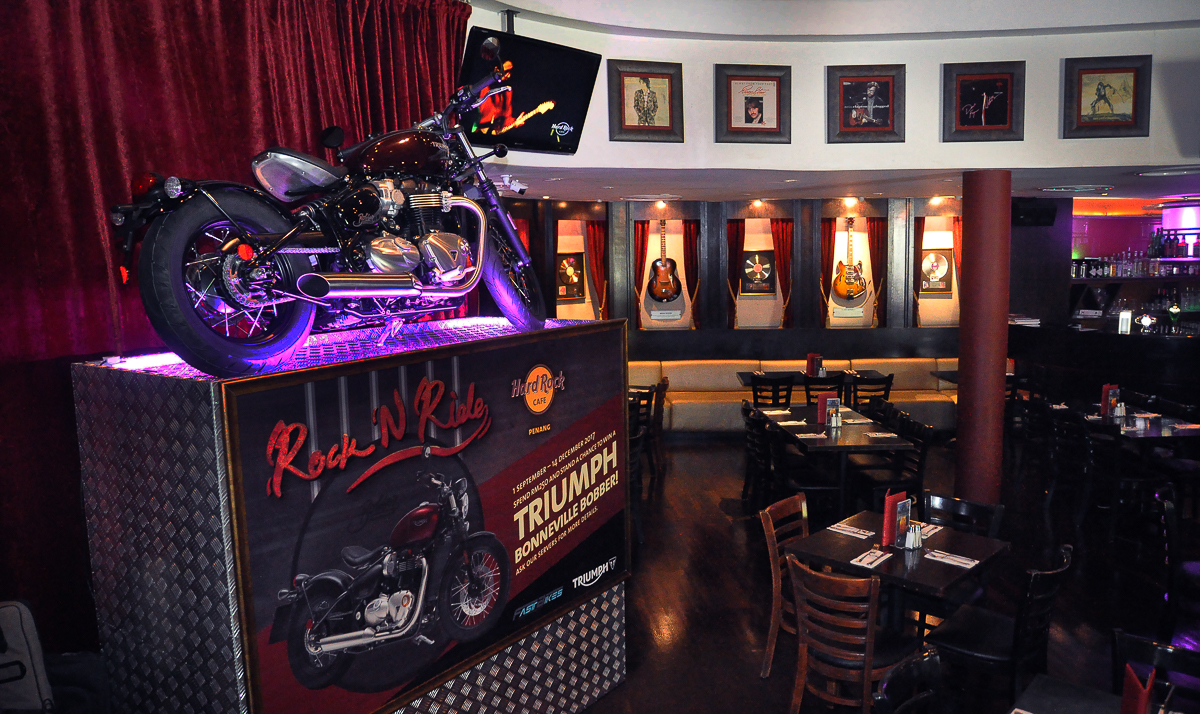 The ‘Rock N Ride’ lucky draw contest is quite an easy one to participate. Each Hard Rock Cafe Penang guest who spends a minimum of RM250 gets one entry from now until 14 December 2017. The contest is open to everyone living in Malaysia who is able to register and insure a motorcycle in the country. This means you, Malaysian nationals, permanent residents and expats. 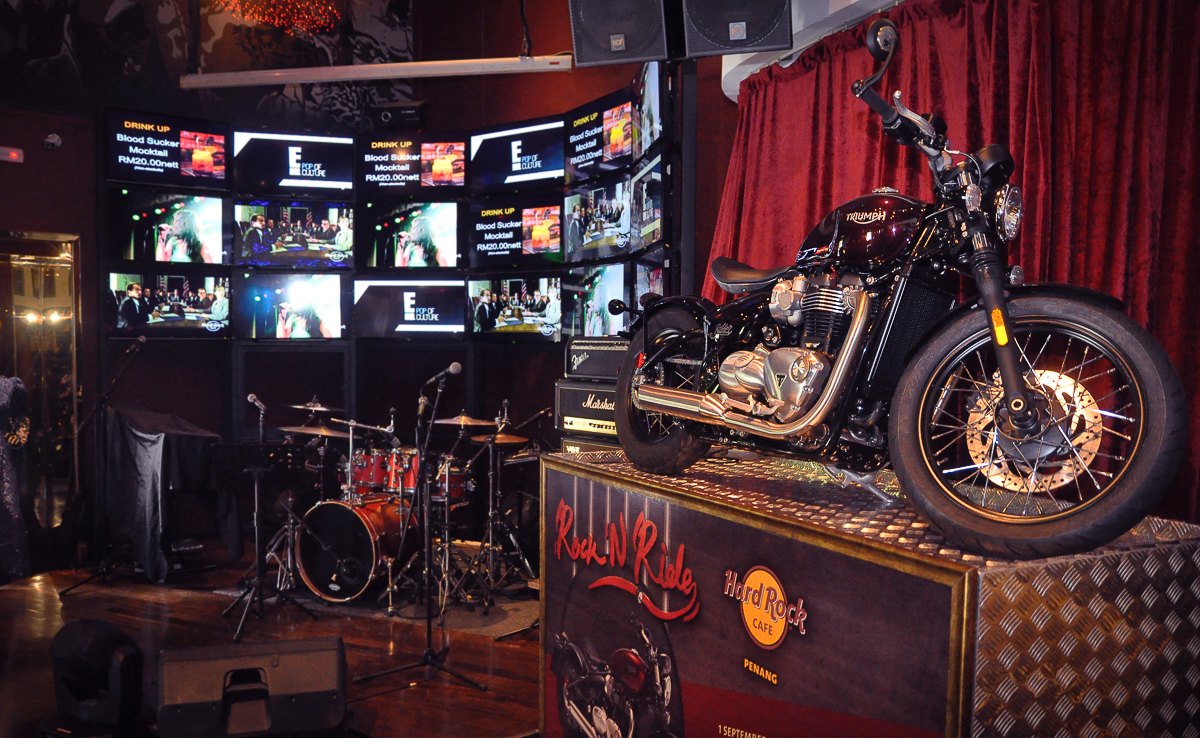 This contest is a joint promotion between Hard Rock Cafe Penang and Fast Bikes Sdn Bhd aka Triumph Motorcycles Malaysia which will not only promote their respective establishments but also offer one lucky folk the ultimate chance to own one of the latest and most beautiful Triumph modern classic bikes yet. 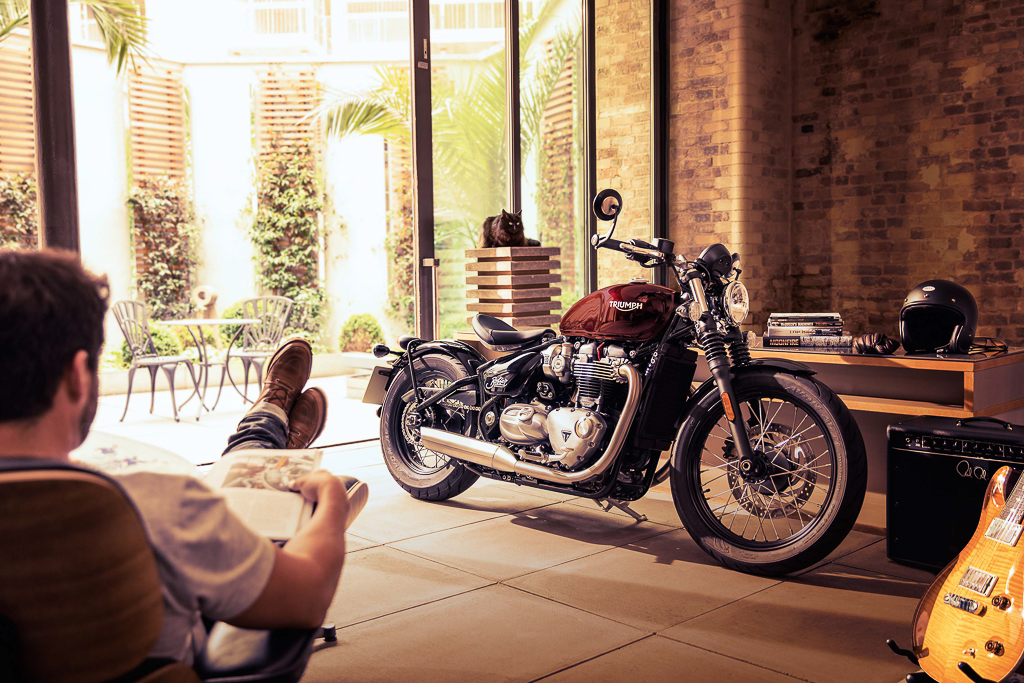 To know more about the 2017 Triumph Bonneville Bobber, CLICK HERE.

According to the CEO of Fast Bikes Sdn Bhd, Dato’ Razak Al-Malique Hussain, “This joint promotion will allow us to explore various synergies from Triumph and also Hard Rock Cafe Penang, both being established global brand names.” 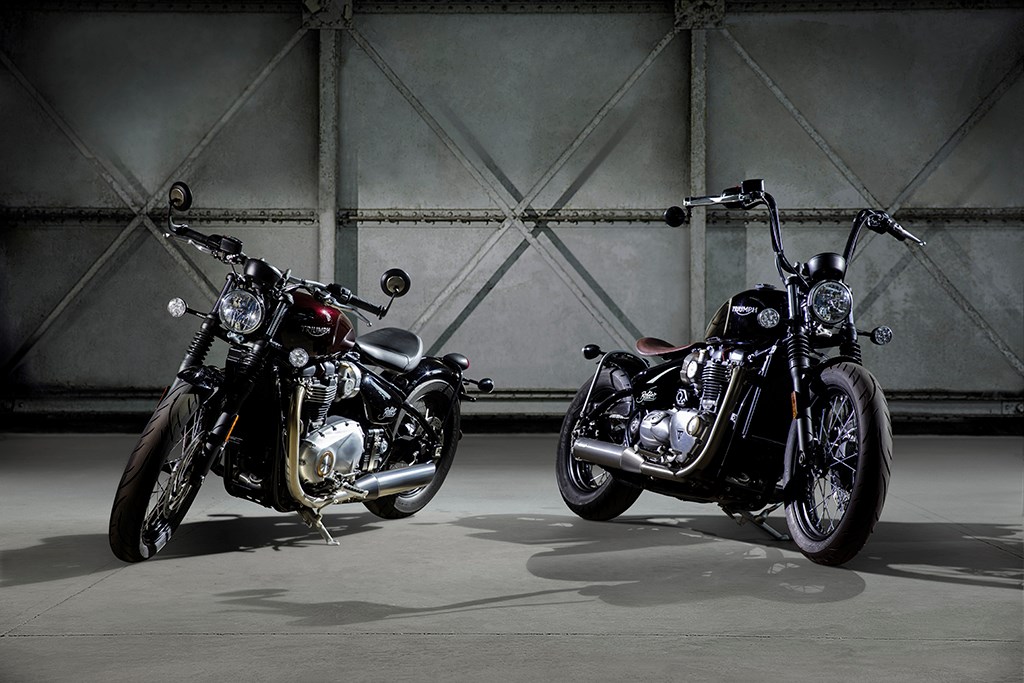 The General Manager of Hard Rock Hotel Penang, Mr John Primmer stated that they’ve been receiving overwhelming responses even since the contest started a couple of weeks back. Although most participants (if not all) are excited to take home the stunning Triumph Bonneville Bobber, there are also other prizes to be won such as a couple of nights’ stay at Casa Del Mar in Langkawi and of course a night at the gorgeous Hard Rock Hotel, Penang. 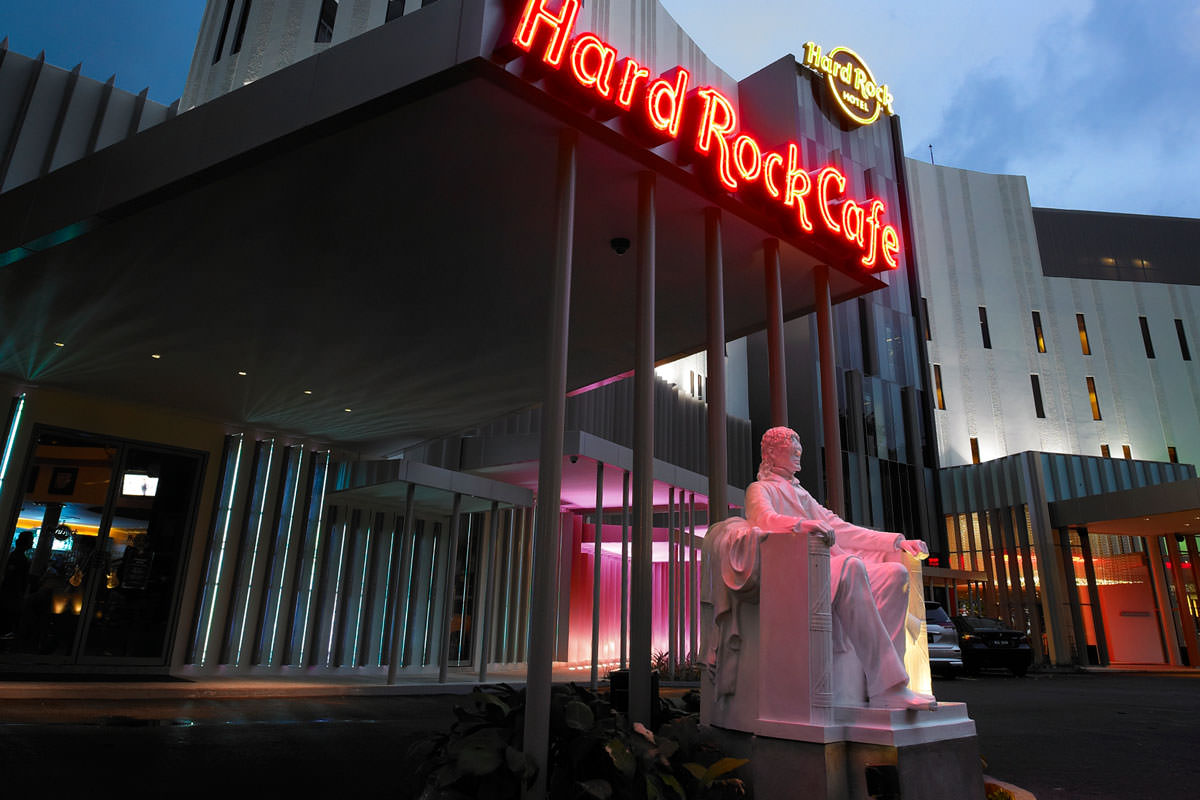 Remember, folks. The contest will end on 14 December 2017 and the lucky draw will initiate the day after. It’s time to be generous and buy some Hard Rock Cafe merchandise people for your family and friends. If luck is on your side, your kindness will get you a Triumph modern classic bike worth RM74,990!

Interested in what Triumph Motorcycles Malaysia has to offer? Visit http://www.fastbikes.com.my/.