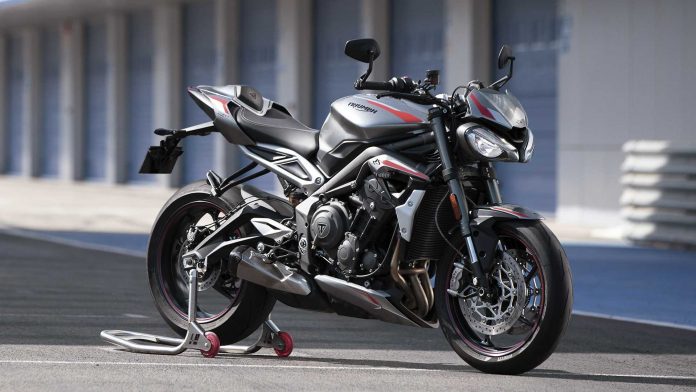 The 2020 Triumph Street Triple RS breaks cover after Triumph’s teases over the last couple of months. 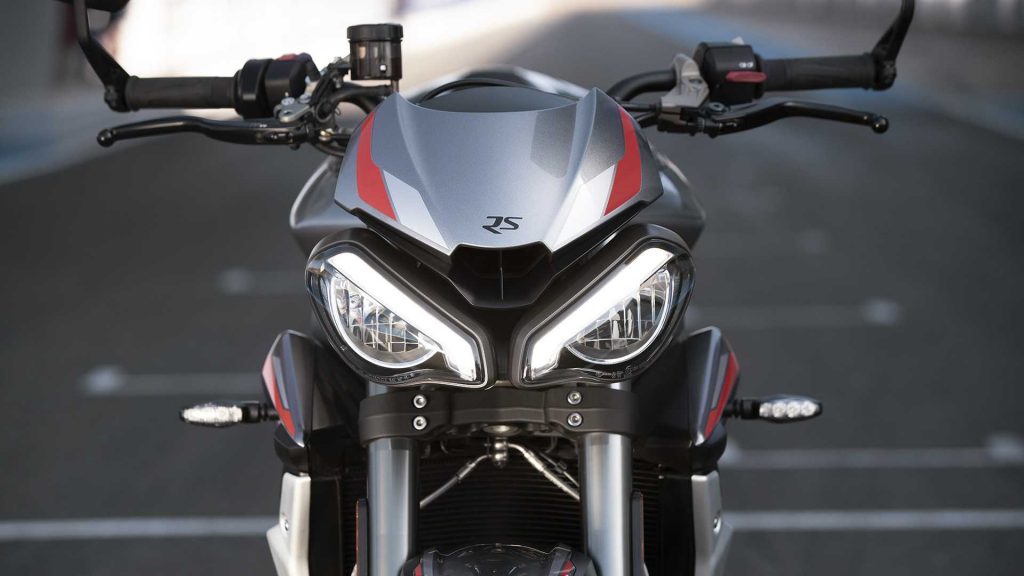 The new bike retains the Street Triple’s classic silhouette, but it’s apparent that Triumph pared it down to look even more purposeful than ever. The headlamps were updated to look fiercer. There are new radiator flanks, exposing more of the frame. Triumph’s scalpel pared away excess weight, ending up with a bike which weighs only 166 kg dry. The manufacturer claims that it’s the lightest bike in its category. 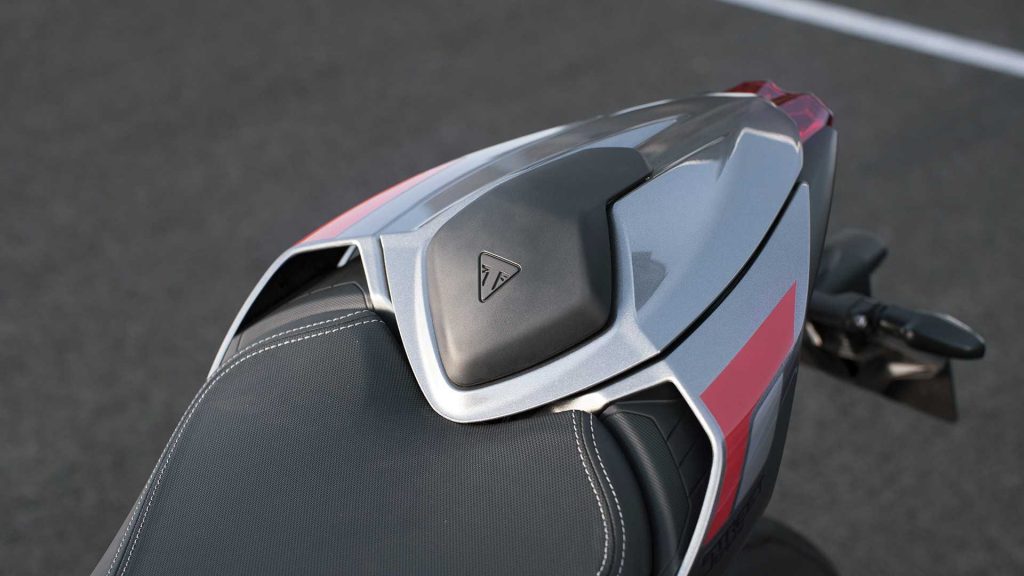 Over to the engine. While the 2020 bike was revealed in preparation for Euro 5 emission, the engine gained power, courtesy of the lessons learned in Moto2 racing. (Triumph is the exclusive engine supplier to the championship.) 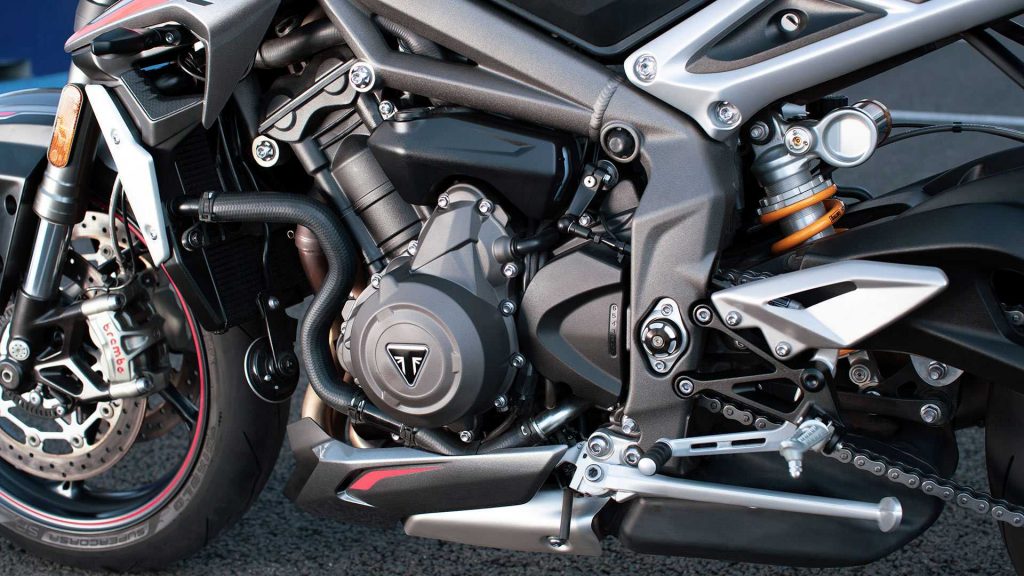 The three-cylinder architecture remains the same and includes two catalytic convertors. Despite that, it receives a 9-percent power boost. It now produces 121 bhp and 77.3 Nm of torque, compared to the previous 116 bhp and 76 Nm of torque. That doesn’t appear to be a lot on paper, of course, but you can look forward to a punchier midrange combined with a more responsive throttle (the previous bike’s throttle was already super responsive and smooth!). The gains and smoother powerband are the courtesy of a new exhaust cam, besides the high precision machining of the crankshaft, clutch and balancer. 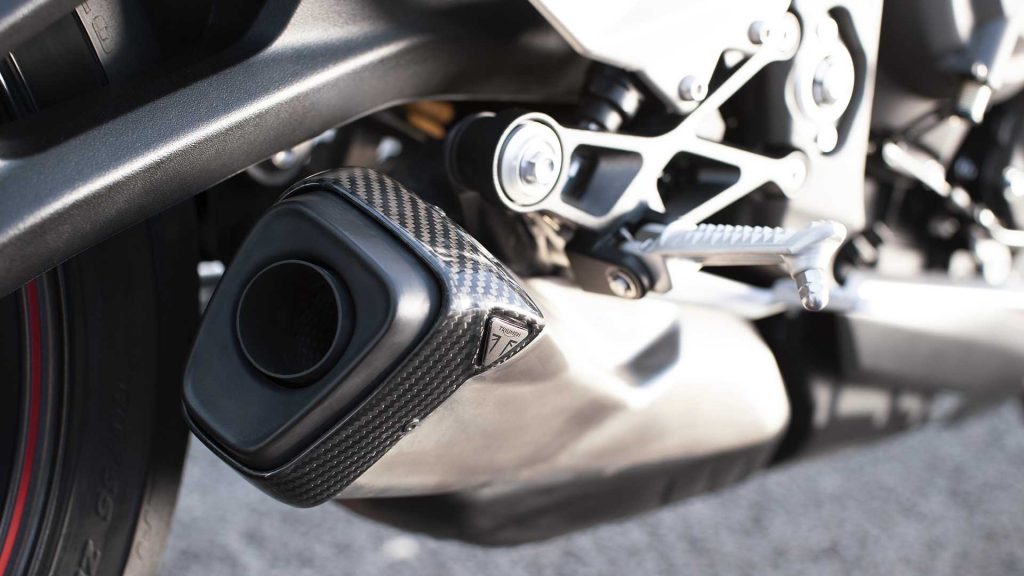 The previous RS’s chassis and suspension are already in the ballpark, hence carried over to the new bike. The front forks remain the 41mm upside-down Showa BFF, while the rear mono shock is the Ohlins STX40. 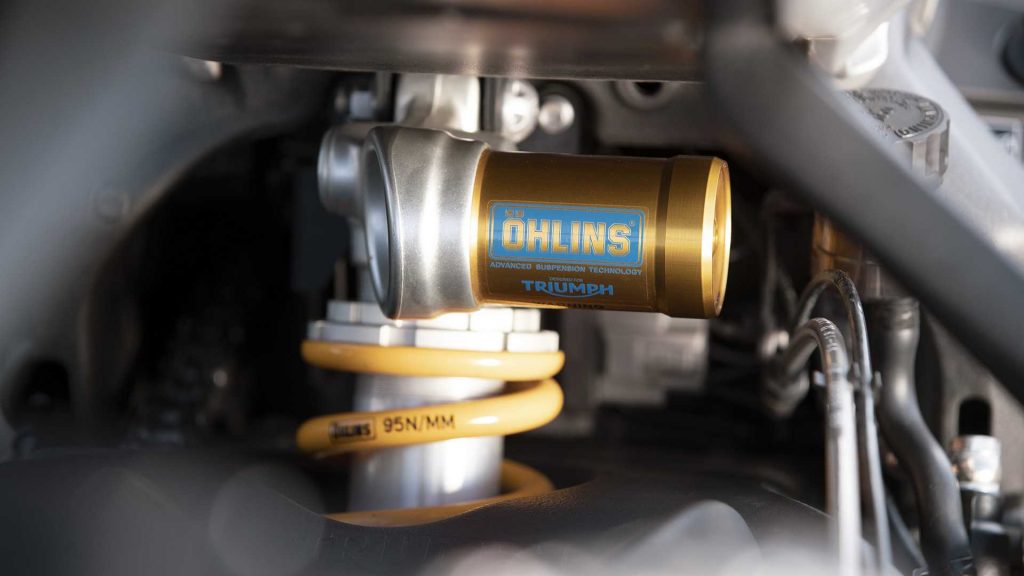 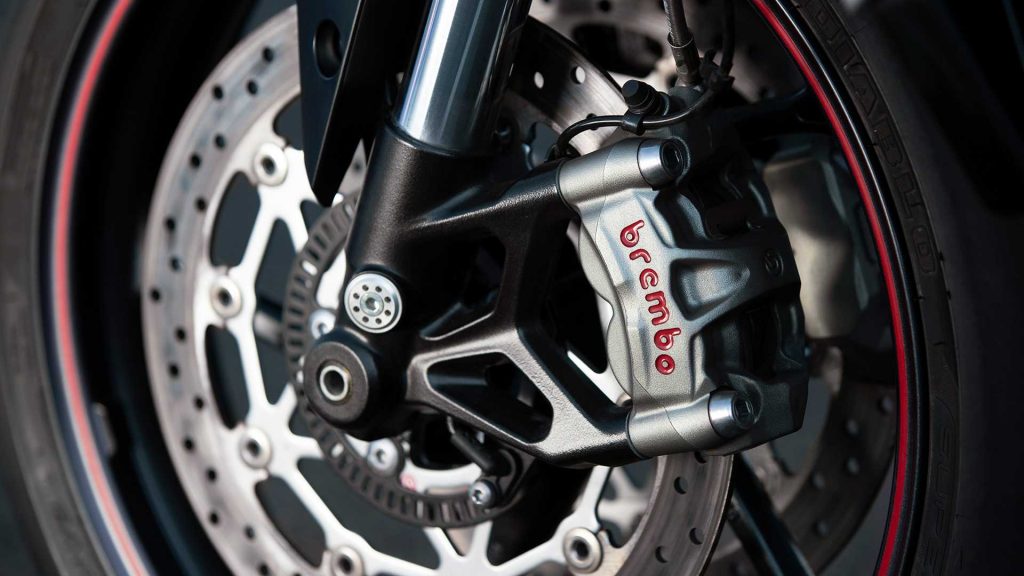 And as we speculated, there is a new TFT screen armed with Bluetooth connectivity. Through the MyTriumph app, the rider can receive navigation prompts, manage music and calls and control his GoPro action camera. The five riding modes i.e. Track, Sport, Road, Rain and rider customisable are also enhanced. 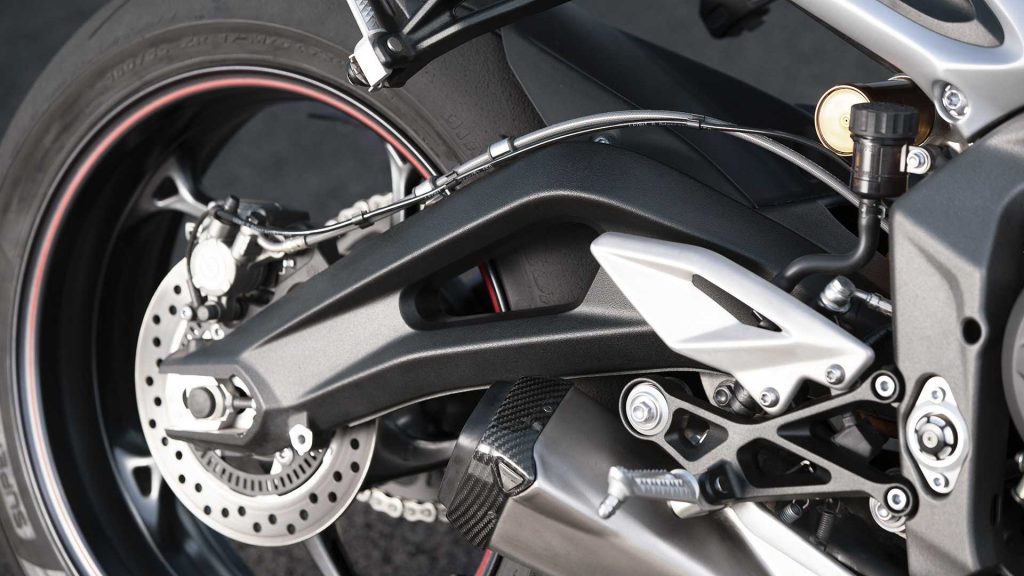 The previous Triumph Street Triple RS remains the most fun bike we’ve tested to this point, so we can’t wait to test this new one! 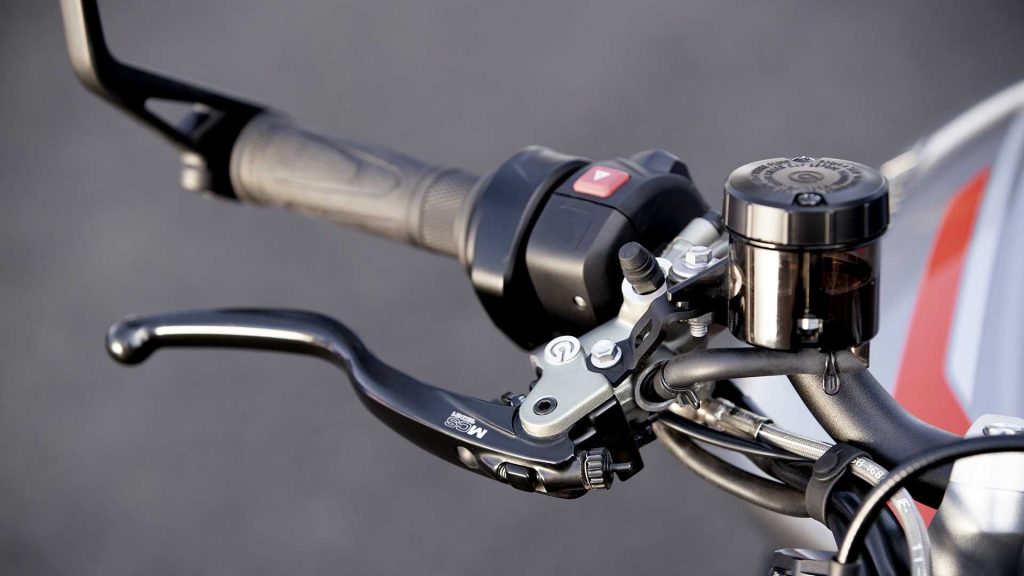