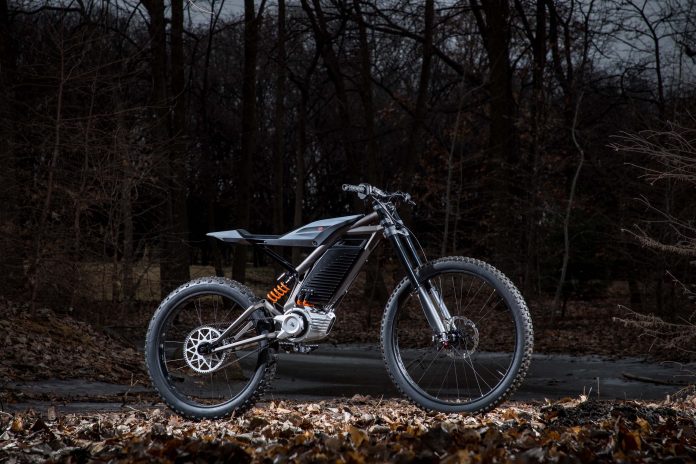 Besides announcing the LiveWire going on sale in August 2019, Harley-Davidson also introduced their electric moped and scooter concepts.

Remember, many countries will see only electric vehicle being produced in a few years’ time.

Both look similar to the concept drawings shown last year.

Looking more like a mountain bike, Harley’s moped is a cross between an e-bicycle and motorcycle.

Its design definitely has some of the Motor Company’s heritage. Check out that flat-track inspired tail and “tank.” 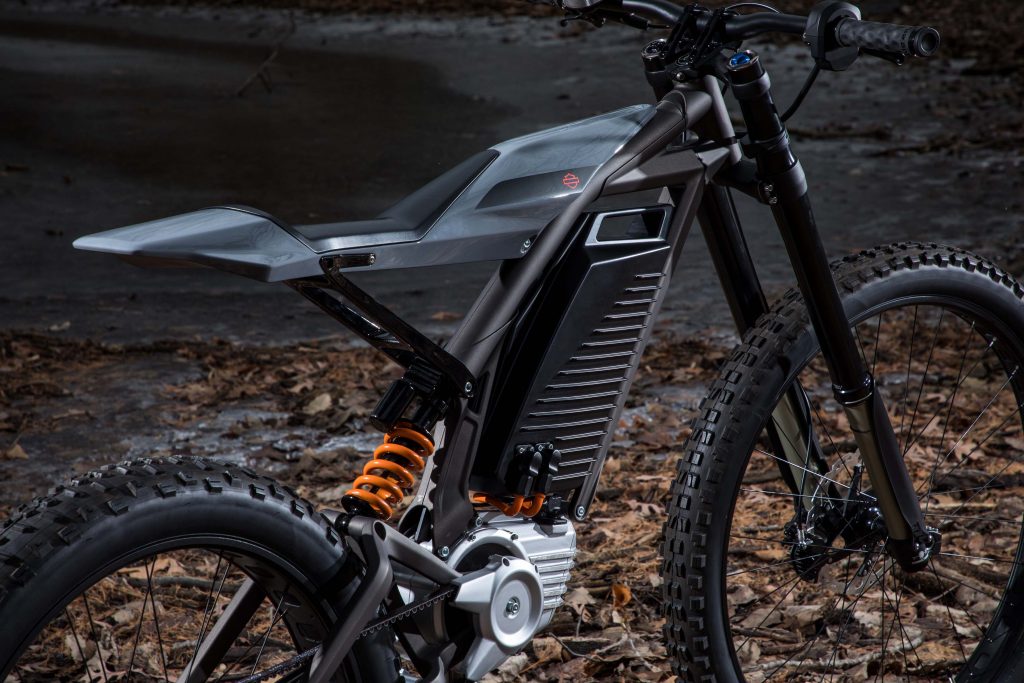 The battery could be a 2 to 3 kWh type, similar to those fitted to pedal e-bikes that you can find in Japan. It ought to give the rider a few hours of riding. Being of lower capacity also means faster charging times.

It may not look it, but this is an electric scooter. 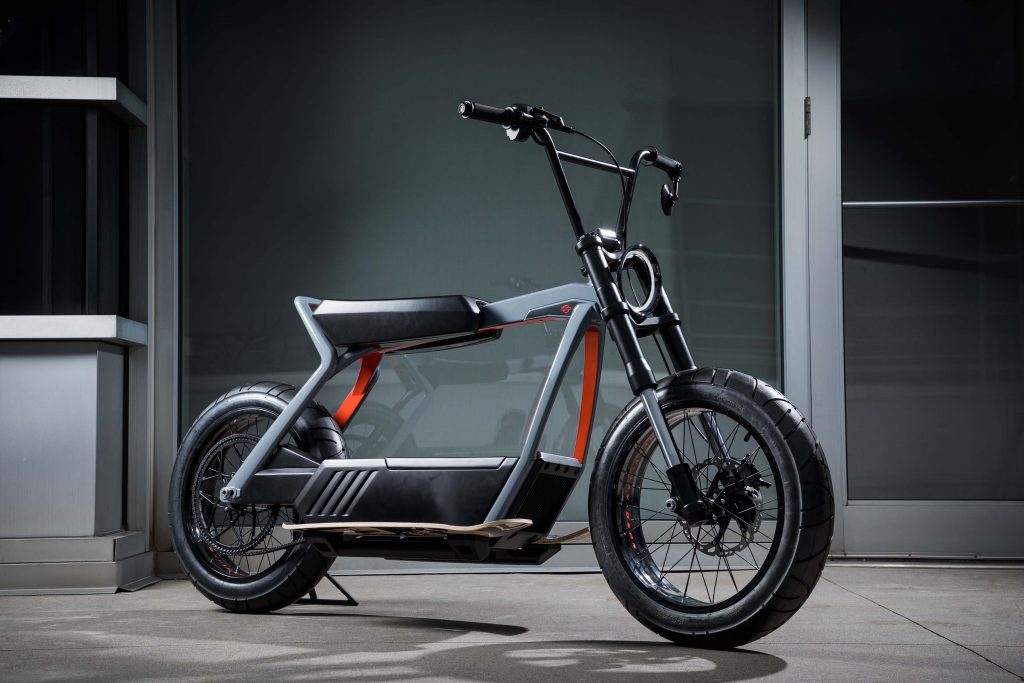 The long seat and footboards mean it should be able to accommodate two occupants. The space between the seat and battery pack offers lots of carrying space.

The battery pack looks large, allowing for lots of running time between recharge. It ought to fit into the role of a daily runner pretty well. 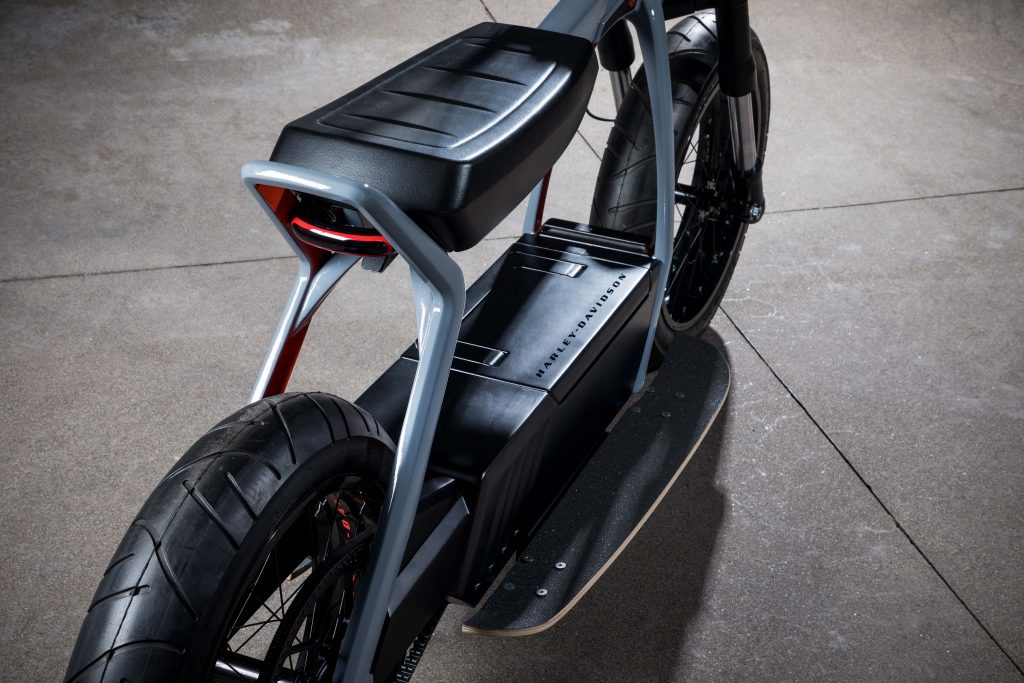 Its front forks are upside down items but we are worried about it being a hardtail. However, this is just a fleshed-out prototype.

Then again, if it does make production in this form, then it ought to the fill the roll as a pit scooter. Tired of walking around at MotoGP? This is your answer.