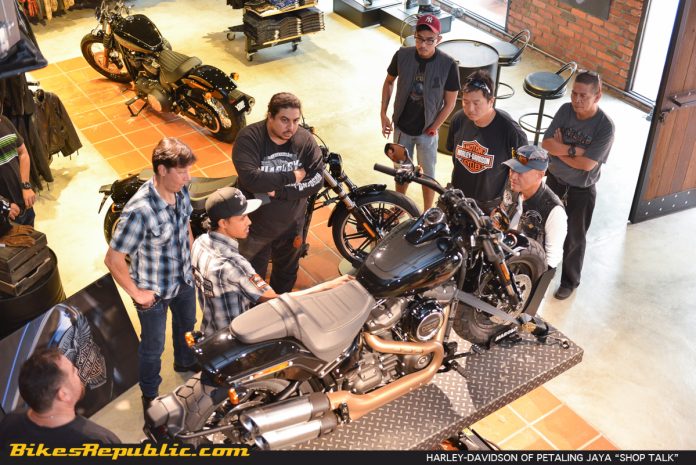 Knowing you’re riding the best motorcycle is one thing, learning about what makes it tick is quite another level altogether. 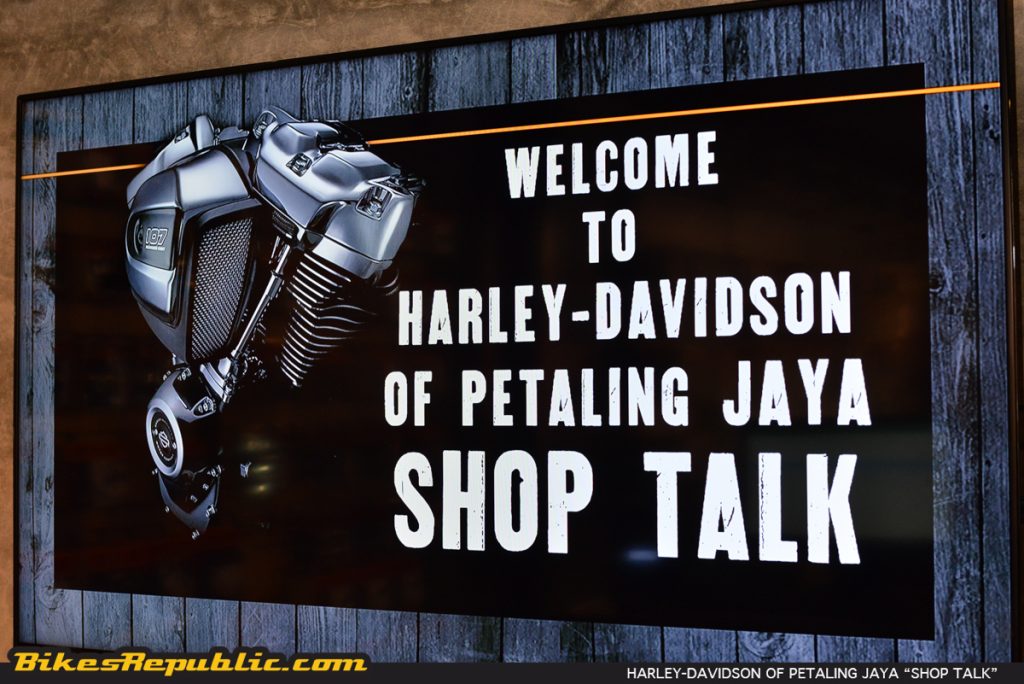 Harley-Davidson of Petaling Jaya decided to impart their knowledge of the brand to owners by holding a “shop talk,” where they interact with Harley-Davidson specialists about their bikes, myths, service campaigns and new products. 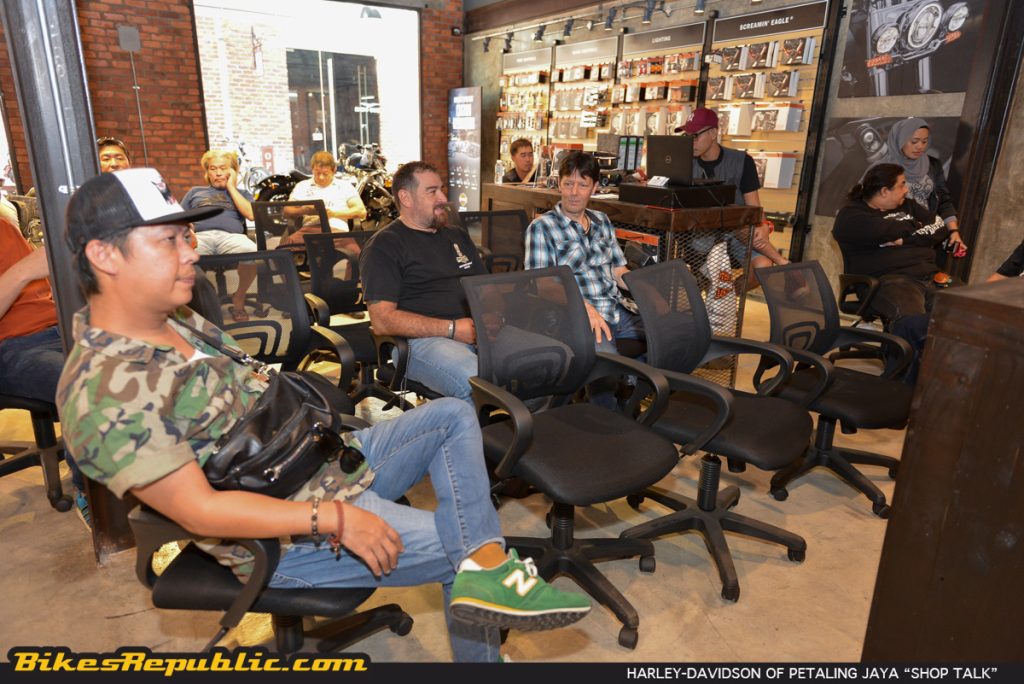 The event got off to a start with the presentation of the brake service campaign. As we reported earlier (please click here for the article), the Motor Company had decided to recall 2008 to 2011 Touring, CVO Touring and V-Rod models with ABS to have their brake fluid replaced. Harley-Davidson of Petaling Jaya (HDPJ) has received the new Platinum Line Brake Fluid and is set to get the campaign rolling. 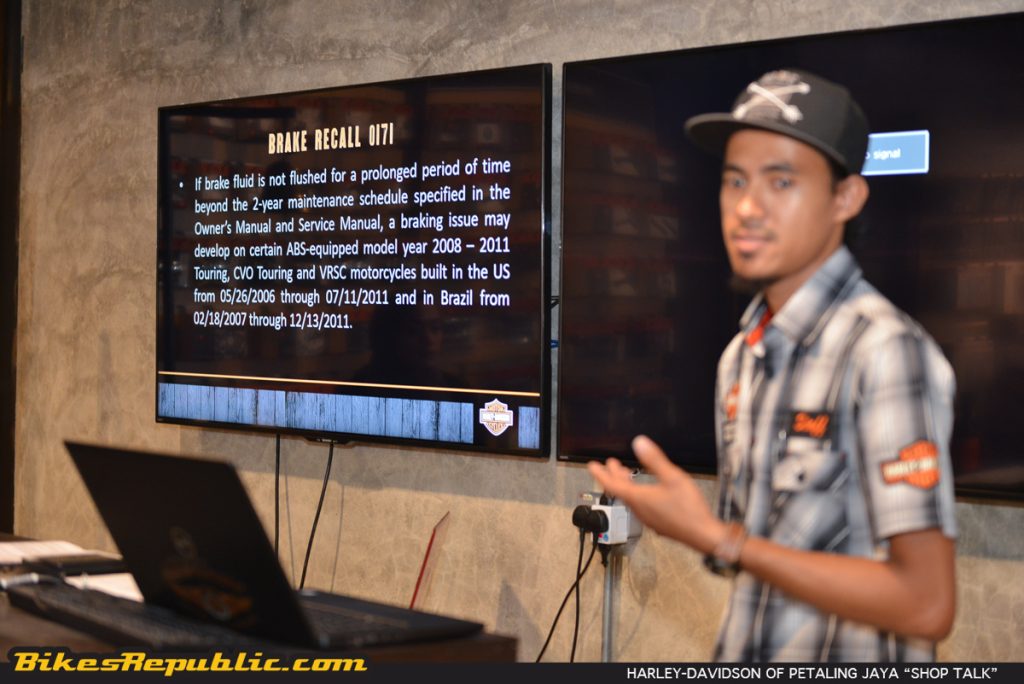 HDPJ’s Technical Specialist also informed the owners that a motorcycle’s brake fluid has to be replaced every 2 years, regardless of mileage covered. 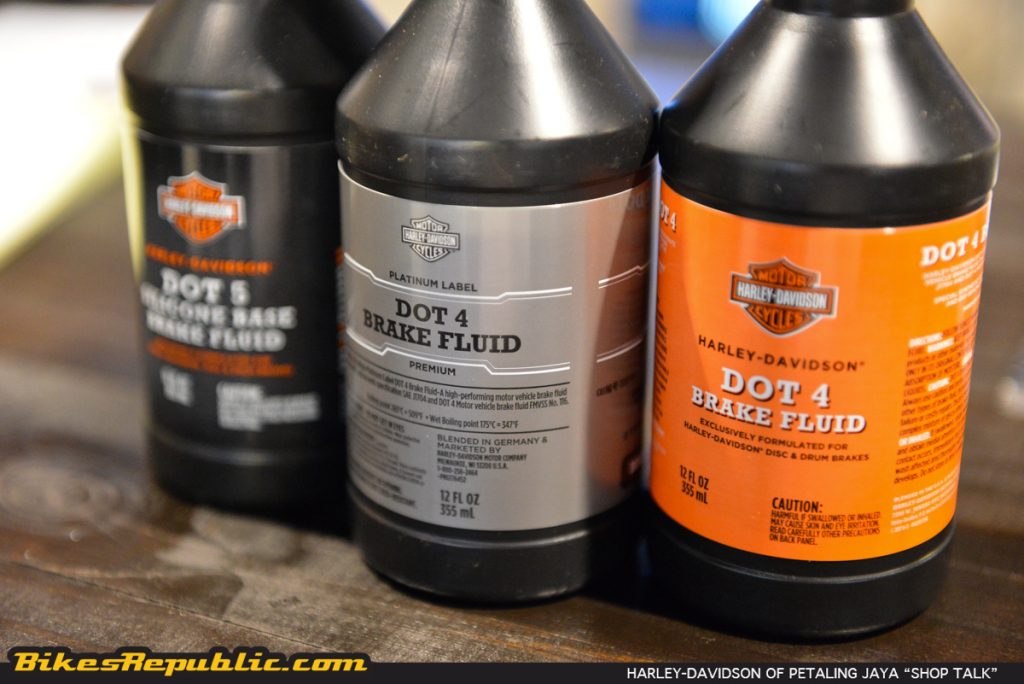 If you own any of the above models, please get in touch with HDPJ’s Service Department to determine if your Harley is affected.

HDPJ moved on to present the new Milwaukee-Eight engine and 2018 Harley-Davidson lineup. Presentation was first carried out on the screen before being moved to the new Fat Bob and Street Glide on display. Those present had the firsthand view of the new features on the new models, such better suspension, brakes, styling. Harleys are truly much more refined these days, without losing their identity. 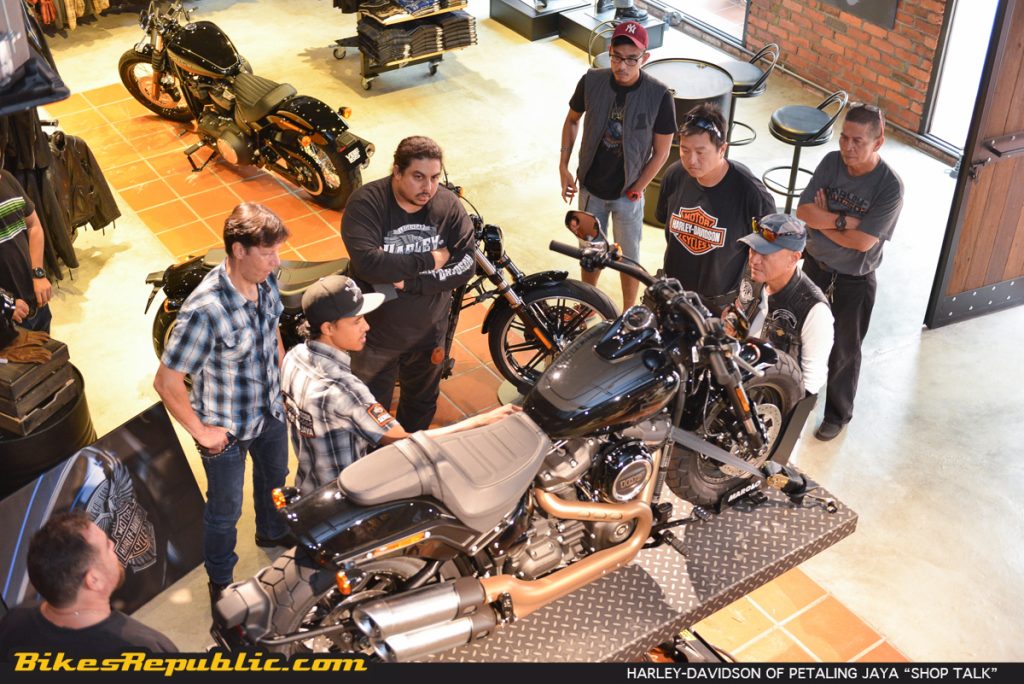 Do note that Harley’s Shop Talk sessions aren’t one-way traffic; owners were encouraged to formulate their questions when the invitation was published. Therefore, there were many questions, a few myths and concerns that were raised. HDPJ addressed them expertly and professionally. 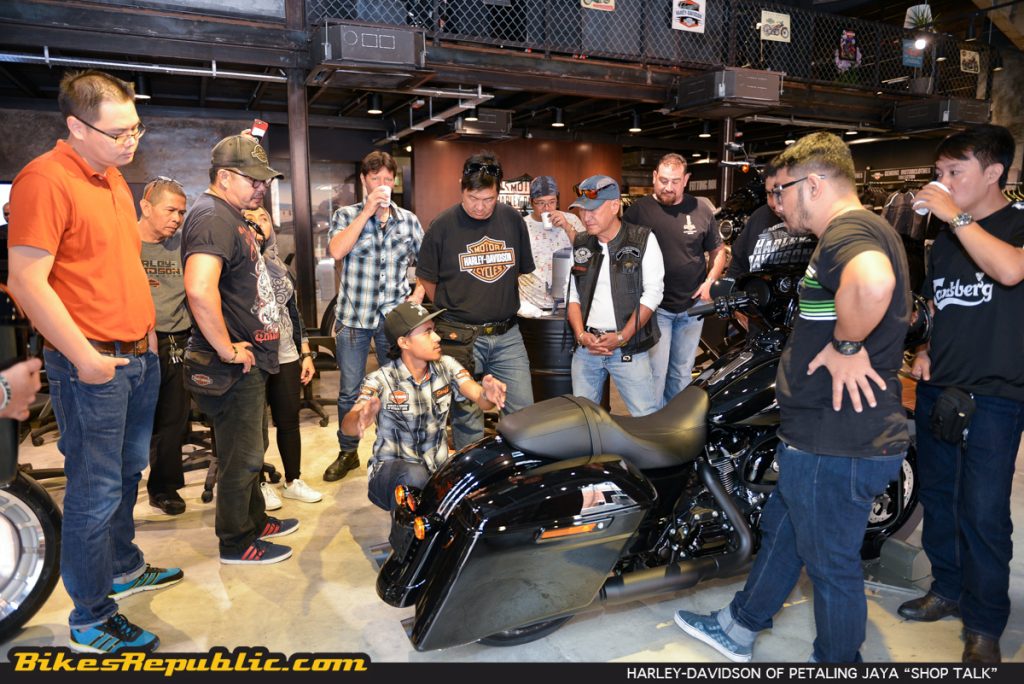 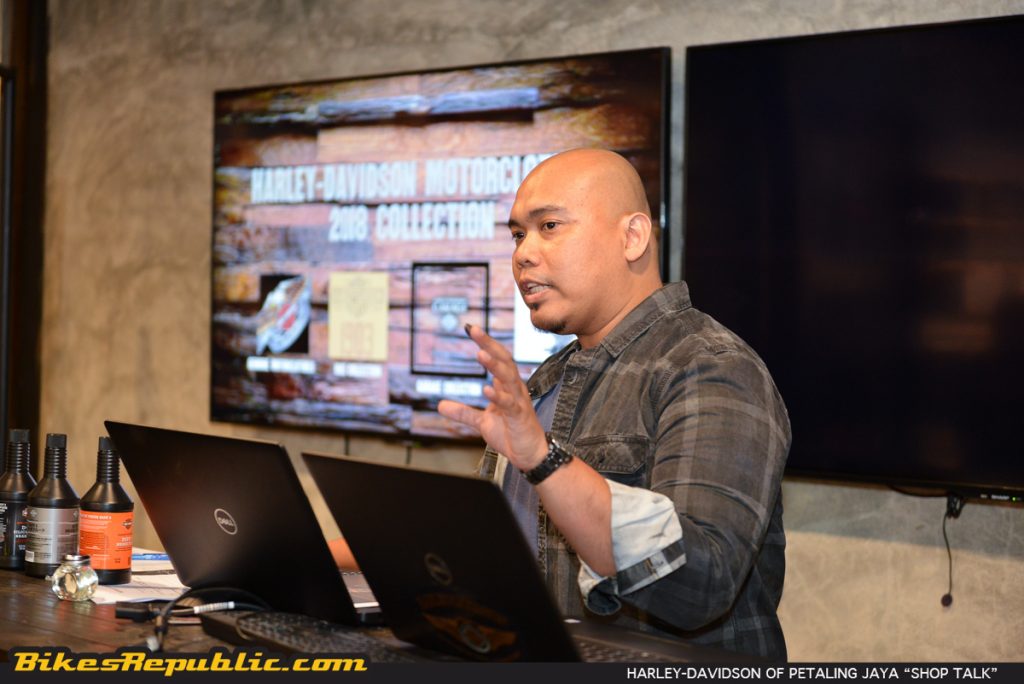 Seeing that the owners adjourned feeling elated, they must’ve gained some new knowledge of their trusty steeds from the shop talk.