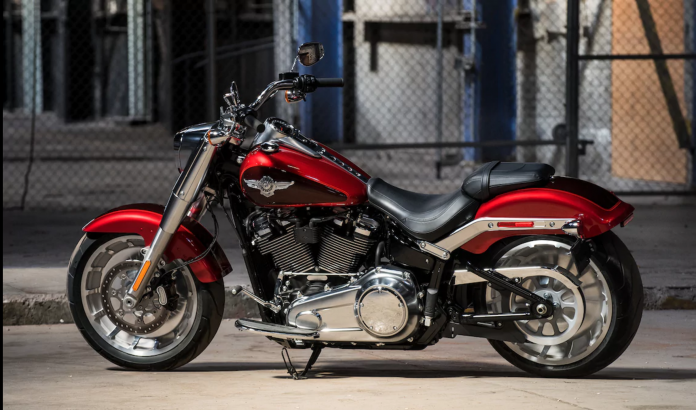 We had recently snooped around the new Harley-Davidson dealership and found that they had revised prices of new bikes, parts and labour charges, making the bikes even easier to own than before. (Please click on the link below for more details.)

But now with this tax holiday, they are now even more attractive, since it is 0% GST not only for new bikes but also for accessories, spare parts and maintenance.

Please refer to the list below for the new prices. However, please ignore the typo that says “Effective Date as of 1st January 2018.” The new prices will be effective from 1st June 2018 onwards until further notice, depending on the Ministry of Finance’s decision to revert to SST. 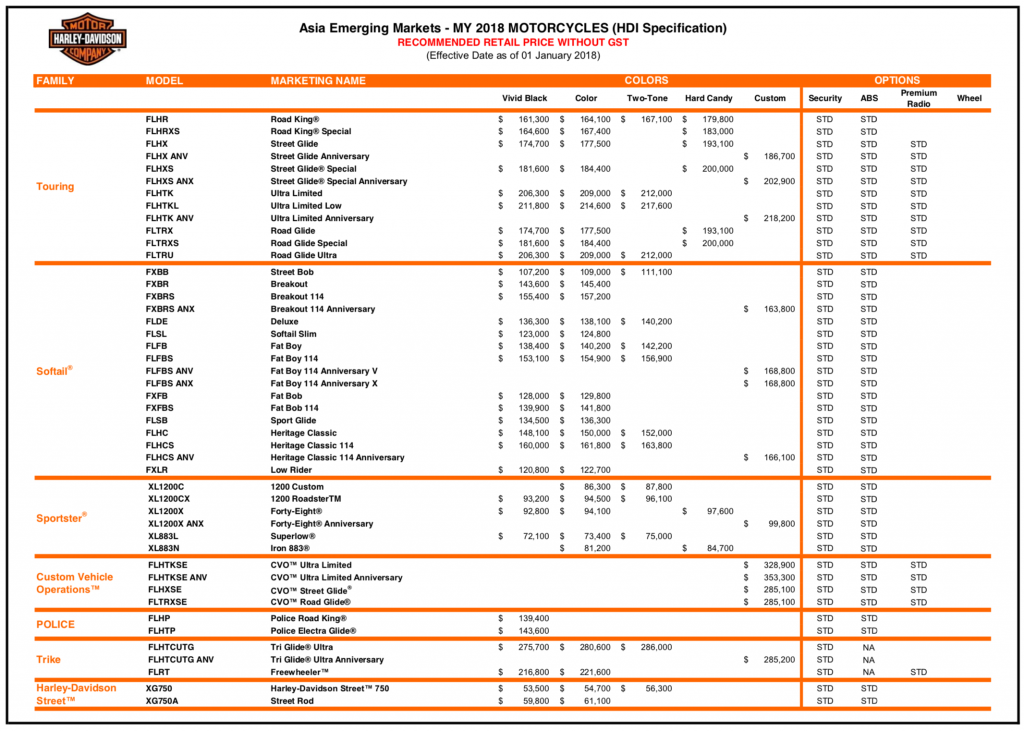 We would like to bring your attention to a few models.

It was Harley-Davidson who pioneered the full-dress touring motorcycles we see today, so it is only natural that the Motor Company continue with the tradition.

The Softail lineup consists of motorcycles that are designed for maximum visual impact, but bear in mind that the new Softails are engineered for better riding, comfort and performance.

Harley’s Sportsters have always been the best-seller among beginners, lady-bikers and those who seek performance. The new prices are interesting to say the least.

Of course, we cannot skip the CVO’s which stands for Custom Vehicle Operations, meaning that these are special factory customs. There are four models for 2018:

So, along with Harley-Davidson of Petaling Jaya’s focus on aftersales and customer knowledge, it is the best time to get one.