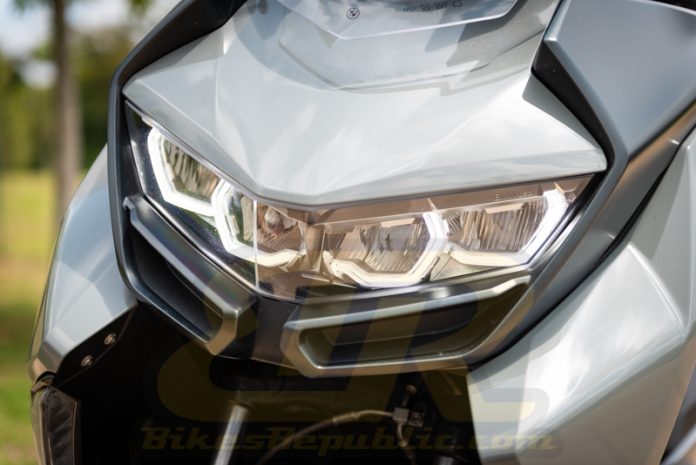 Yes, I’m writing this while the headlight bulbs of my 7-year-old Kawasaki ER-6f are a no brighter than an Ikea Sinnlig scented candle. I’m exaggerating, of course, but it’s really annoying when I couldn’t further down the road! Hence, am now considering upgrading to LED lighting.

It’s apparent that LED lighting is already the mainstream. Every new motorcycle from kapchais to large capacity dual-purpose bikes we tested in 2019 was fitted with LED lights. 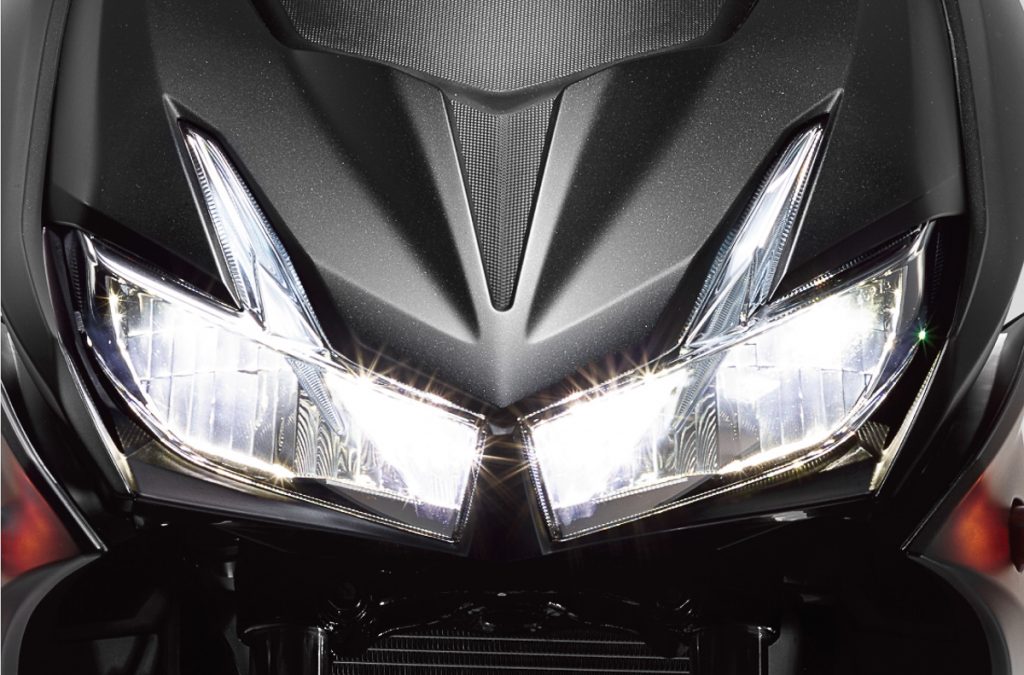 This is because LED technology has progressed exponentially over the last 5 years. Whereas they were used for nothing more than for daytime running lights (DRL) or “position lighting,” they are now powerful enough to cater for headlights for both low and high beams.

In view of this, they’ve pretty much supplanted the that scourge of road users everywhere – the Xenon HID (high intensity discharge) bulb. 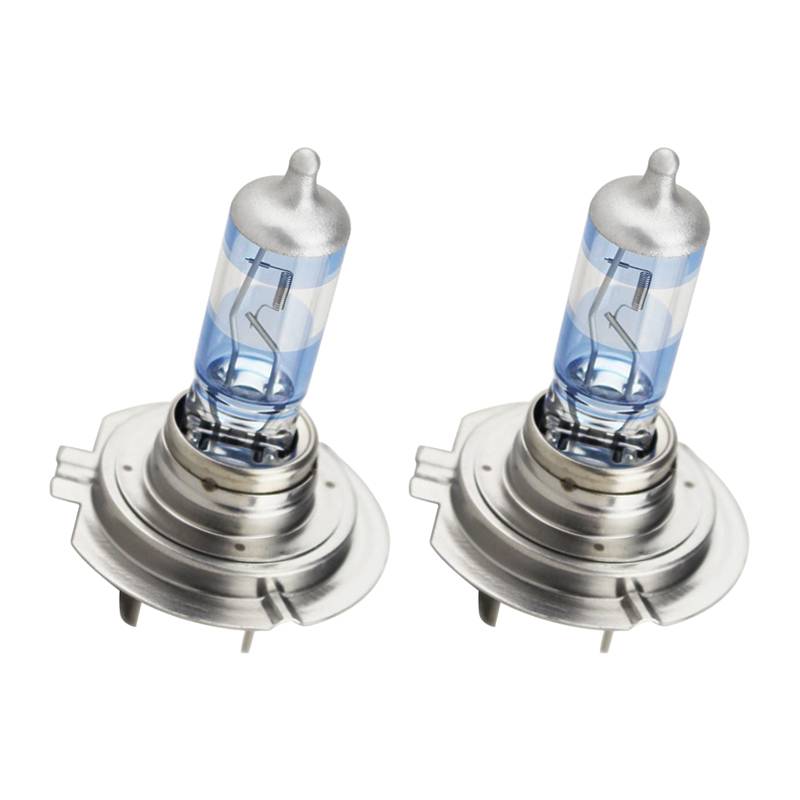 Halogen bulbs have been around for a long time, ever since the use of iodine gas in incandescent lightbulbs was patented in 1933. General Electric (GE) finally patented a working iodine bulb in 1958 and launched the next year. The halogen bulb has been refined to as good as it gets today and still being used in 90% of all vehicles on the road. 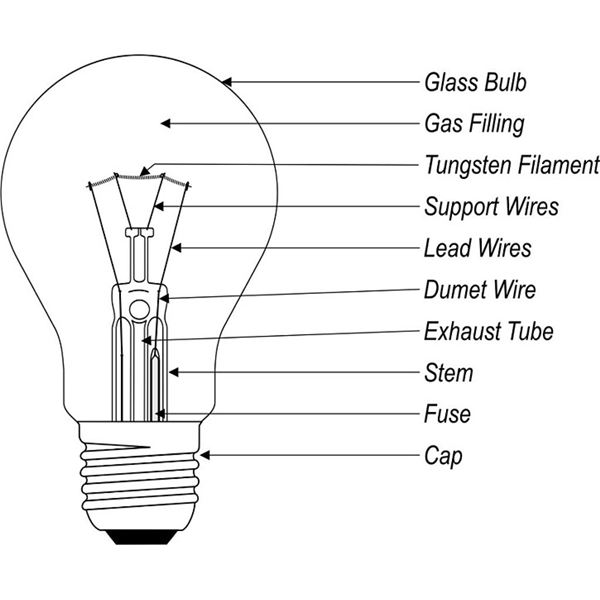 It works by passing a current through a tungsten coil filament to heat it to the stage of being white hot, hence emitting light. The vessel of the bulb is filled with a small amount of halogen fas which allows for the evaporated tungsten to be deposited back onto the filament. This way, the filament’s lifespan and brightness can be increased.

But it’s this conversion to heat that makes halogen bulbs get so hot. In fact, the majority of the current channeled into it is converted to heat. As such, the luminous efficiency (ability to generate light versus current used) is only 2% to 4%.

The intense heat also results in a lower lifespan compared to other types of bulbs.

The amount of power it could draw is limited by legislature in different countries – usually between 50W to 60W. However, this caps the ability to create bulbs as bright as Xenon, HID or LED bulbs due to its inherent lower luminous efficiency. 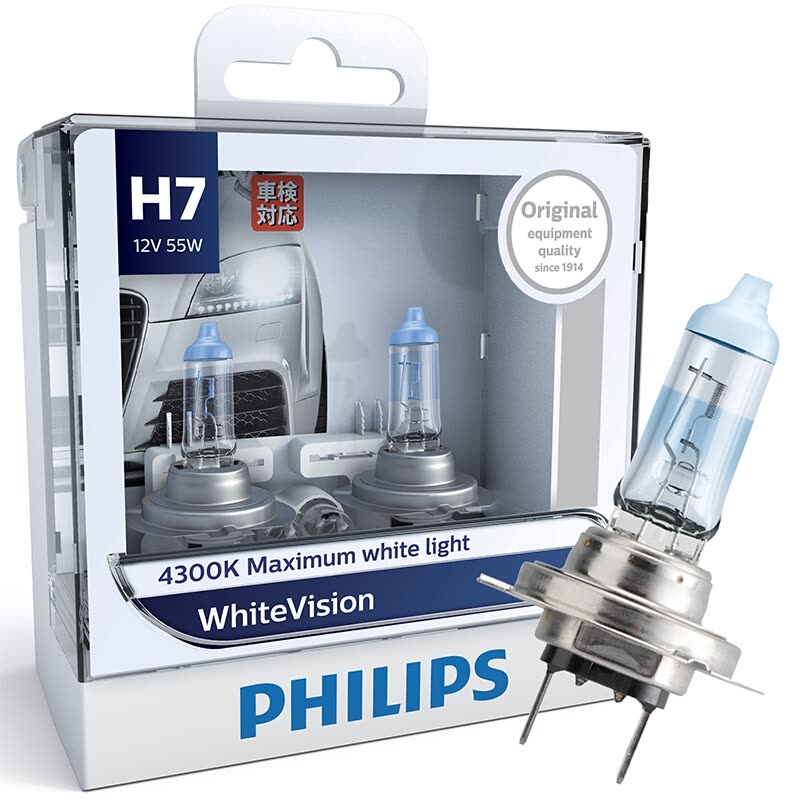 In order to attain more light or whither light, a hotter filament is needed which again creates a lot more heat.

On the flip side is its simplicity and cost. You only to plug it in without electronics for it to shine. Not working? 99.9% is because the filament’s burnt out.

You can get a better-quality halogen bulb within RM 30. A pair of high-end bulbs could cost between RM 100 to RM 180. But we did see a OEM-spec bulb which costs RM 500! 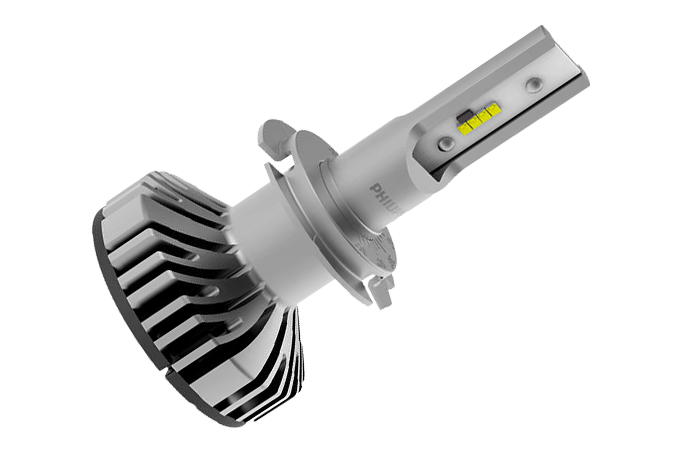 Current is passed through a semiconductor light source. Electrons in the semiconductor then recombine with electron holes and release photons (light).

As such, it’s much more efficient compared to the incandescent light bulb which involves heating. Consequently, in general at least, LEDs have cooler operating temperatures and longer lifespans than traditional bulbs i.e. 20,000 hours vs. 500 hours. 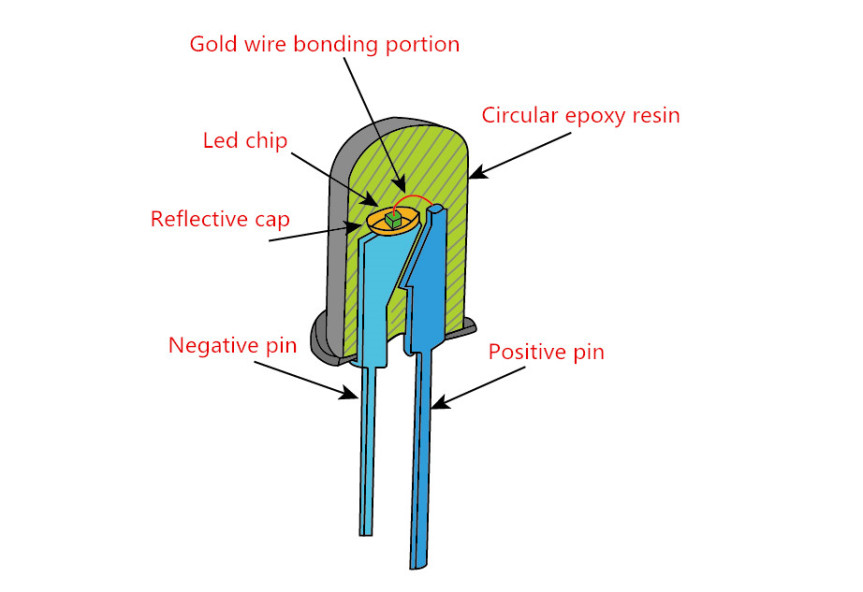 Higher temperature colours i.e. whiter (measured in K as in 5500K, 6000K, 6500K) is attained by changing the properties of the semi-conductor rather than putting in a hotter burning filament.

Another benefit of LEDs is that they operate at lower voltage, allowing them to be used with CAN-bus (controller area network) systems.

High-output LEDs (H-O LEDs) do produce heat although not as high as incandescent lamps. But as LEDs require lower working temperatures to work at optimum levels, they are usually fitted with heat sinks and fans (yes, fans!). They are therefore much bigger than the halogen bulbs they replace, thus retrofitting one into a headlamp assembly designed around the halogen bulb may be problematic. Plus, it’s better to separate the electronics from the bulb’s body for better cooling thereby adding an extra piece of hardware to consider. 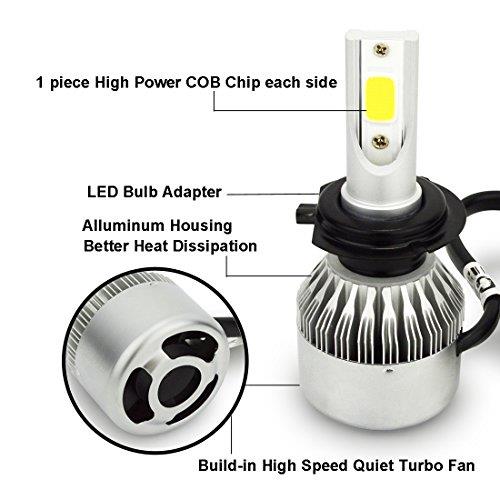 Since LED lights require more sophistication to operate, they are much more expensive, although prices are dropping.

That’s it for this instalment. We’ll cover other aspects of lighting in the near future.