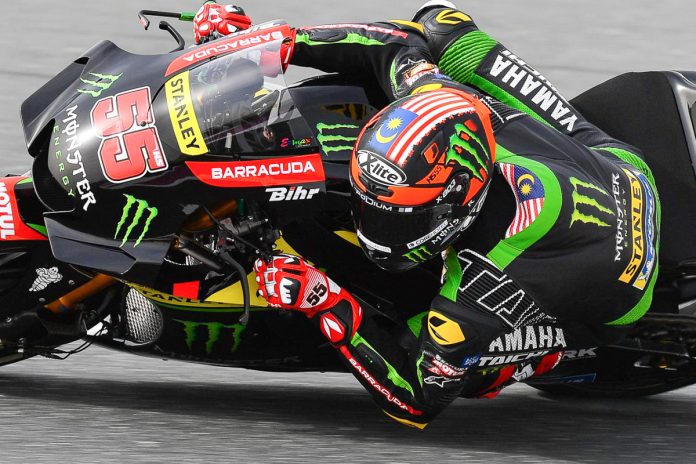 Hafizh Syahrin’s MotoGP helmet design is all about how he is the first ever Malaysian rider in MotoGP premier class.

Called the ‘Stripes of Glory’, his X-Lite X-803 Ultra Carbon carries the Malaysian flag for the world to see.

Currently, Hafizh Syahrin is well on his way to becoming this year’s MotoGP Rookie of the Year. 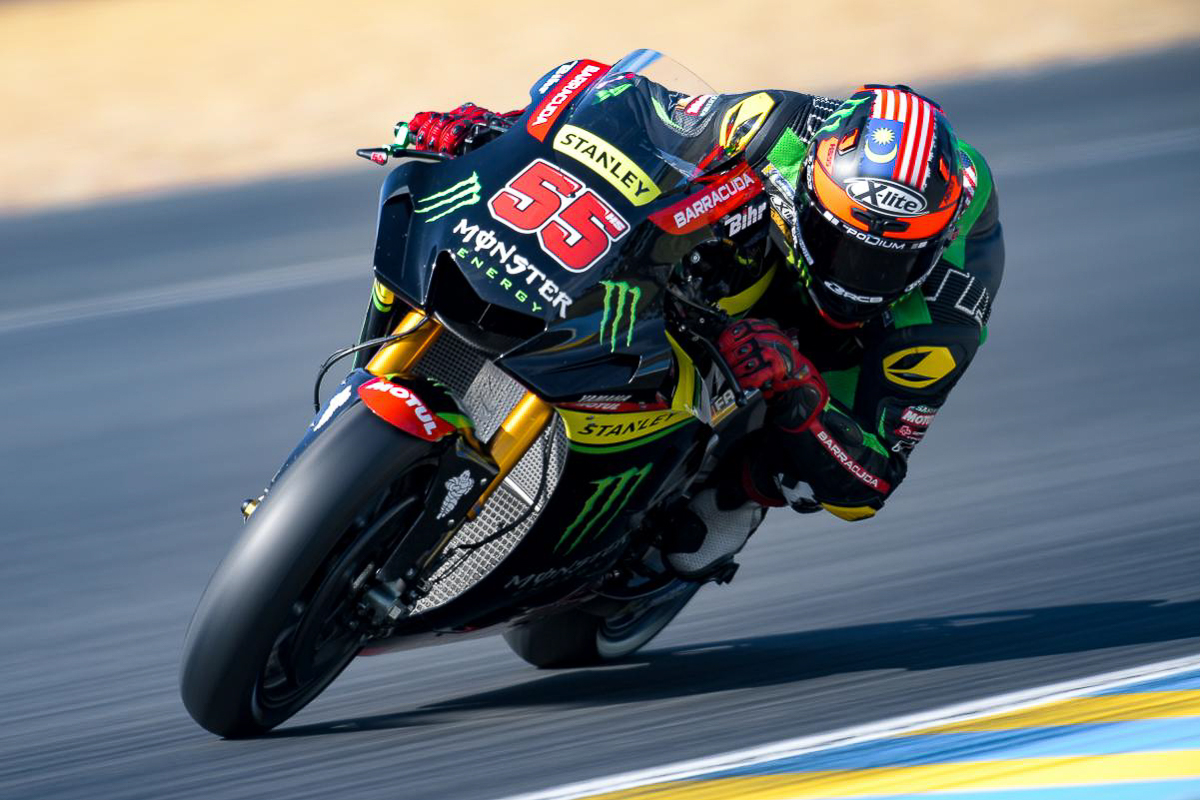 It has been five rounds since national rider Hafizh Syahrin broke into the world of MotoGP. Besides his happy-go-lucky antics in the paddock, being the first ever Malaysian MotoGP rider has been described by many as a “breath of fresh air”. 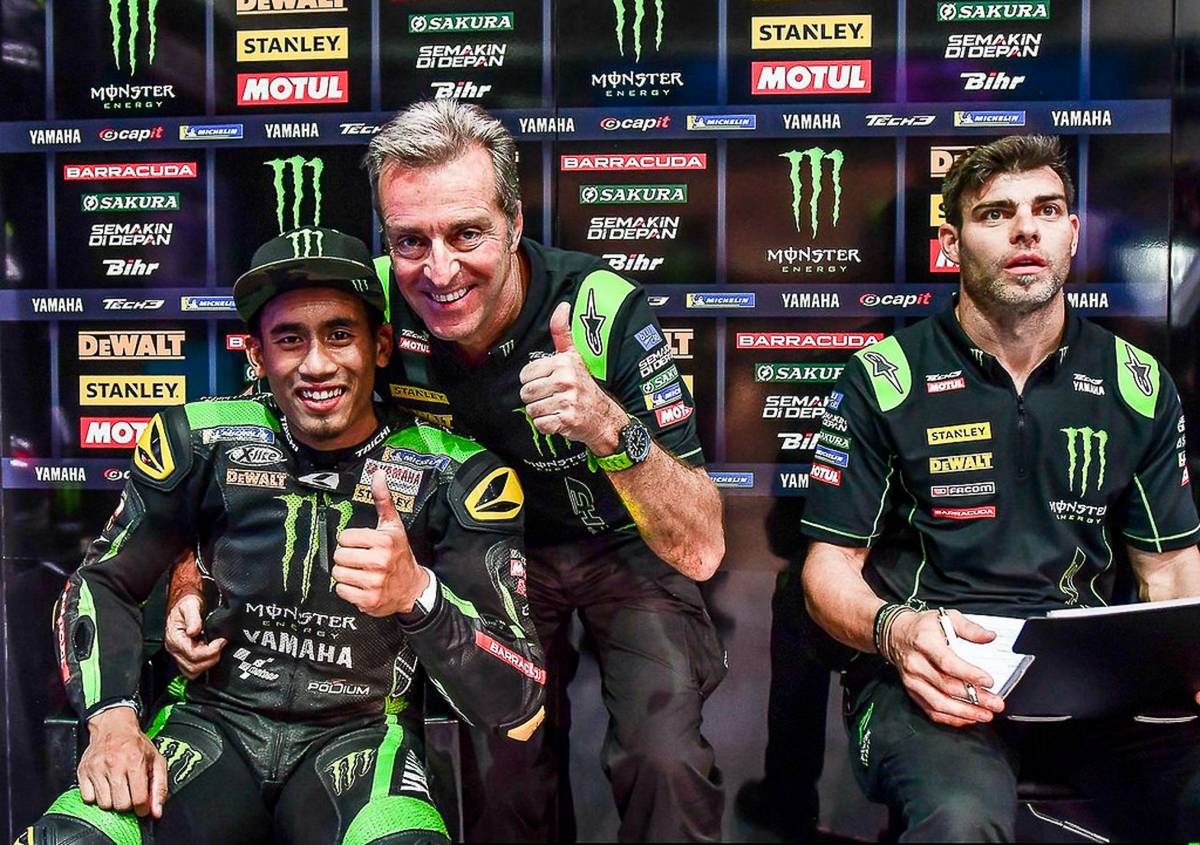 This is especially true when the same question is presented to the Monster Yamaha Tech 3 Team manager, Herve Poncharal. After a huge headache in trying to find the perfect candidate to replace Jonas Folger, the opportunity presented itself during the 2018 MotoGP Sepang winter test. 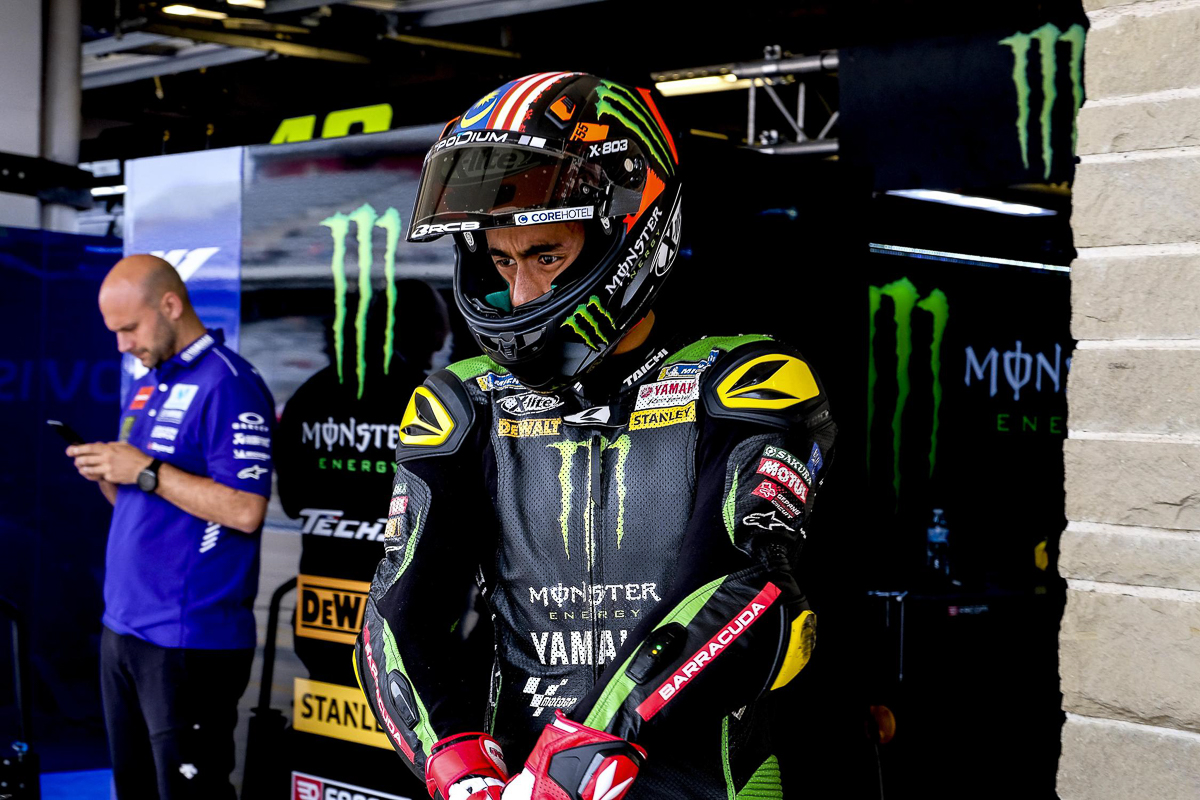 Now, things have been very positive for Hafizh Syahrin and his team in the first five rounds of 2018. Currently, he’s fighting for the MotoGP Rookie of the Year title and he’s well on his way with 13 points collected so far. Out on the track, his biggest signature has to be his X-Lite helmet branded in Malaysia’s bright and patriotic colours. 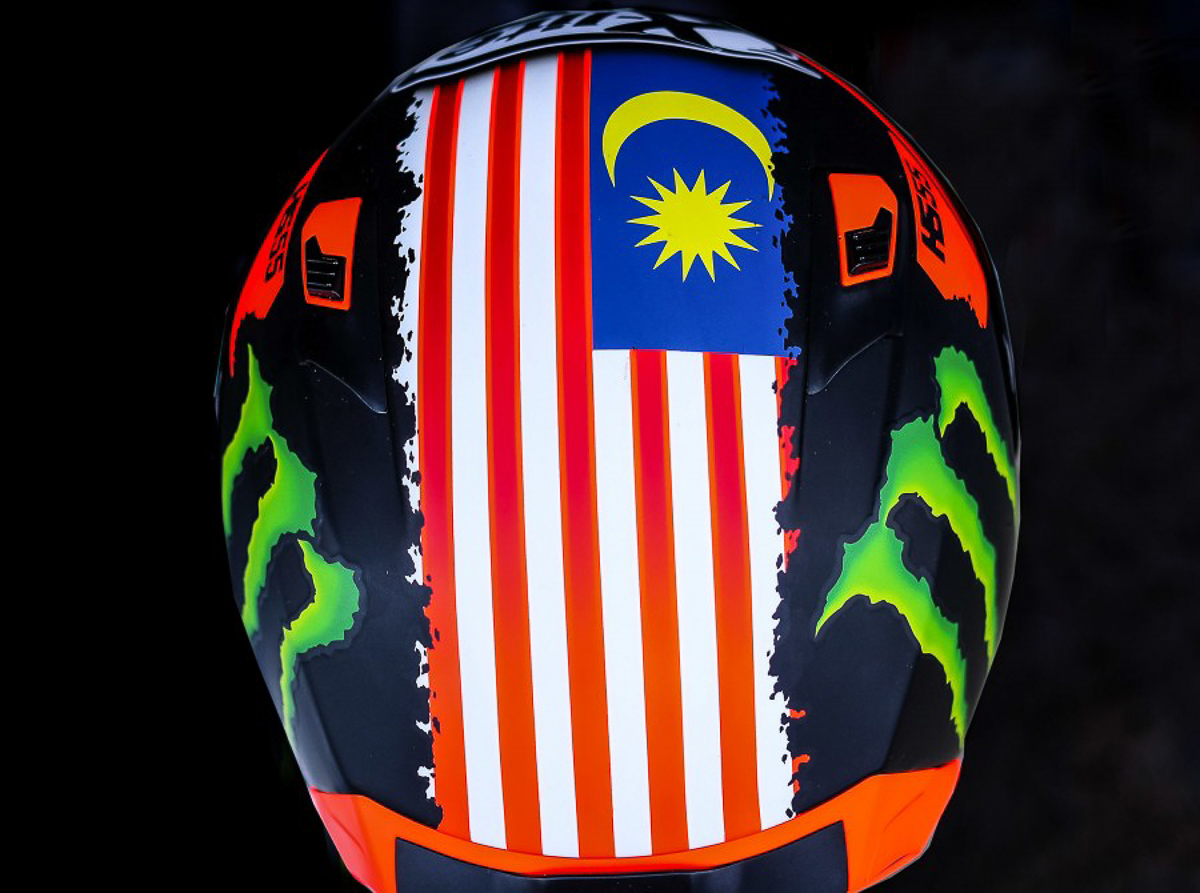 His particular X-Lite X-803 Ultra Carbon in itself is nothing short of an outstanding helmet currently under the parent company, Nolan. It took Hafizh Syahrin a few attempts before deciding the final design during the Texas round at the Circuit of the Americas.

According to an interview with Monster Energy, Hafizh stated that “I have my flag on top, which I like to carry, and I like to keep everything quite simple. I have my logo on the back and I also like the colour red so there is a lot of this on the helmet and also on my boots and gloves. The red colour on the helmet comes around like a scorpion on the front: pretty cool!” 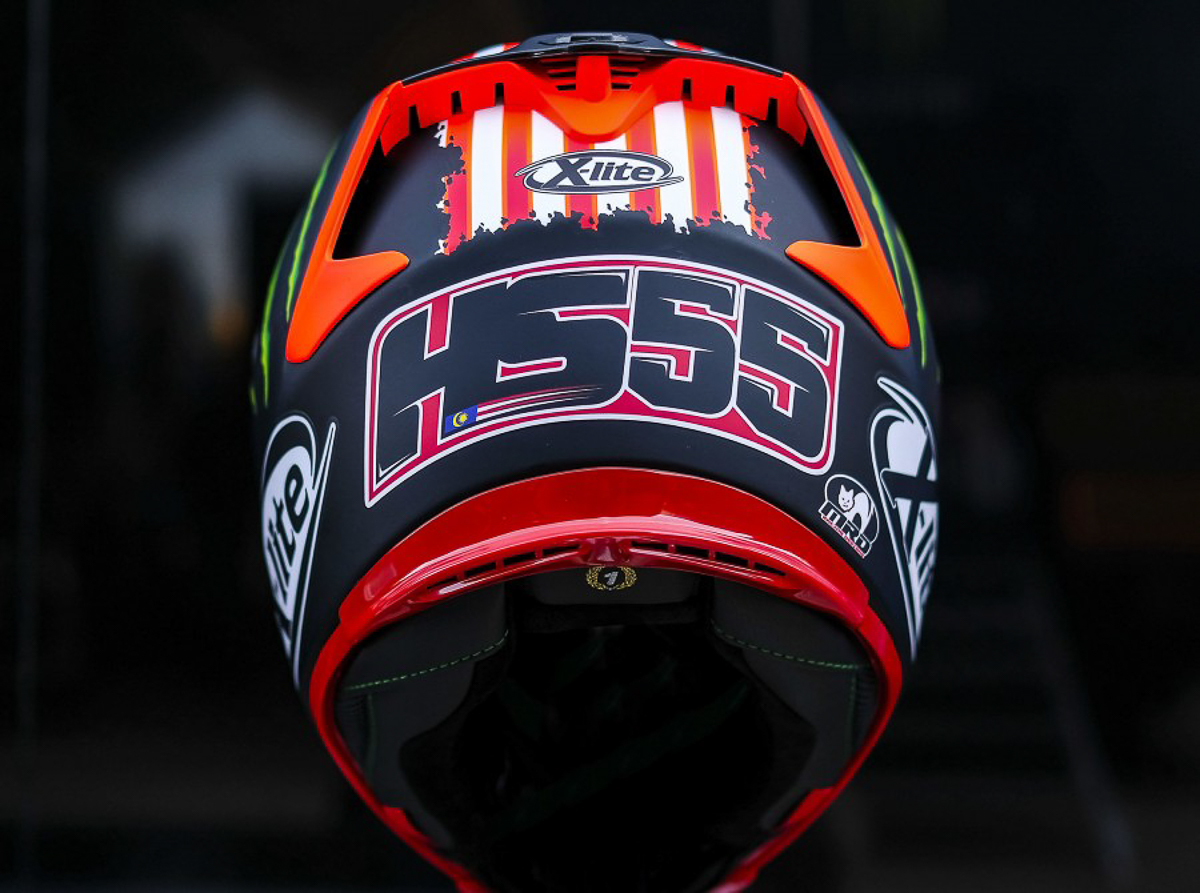 Called the ‘Stripes of Glory’, Hafizh’s helmet is an outstanding blend of Monster Energy’s signature black and green with the rider’s choice of red and the Malaysian flag proudly displayed at the top. Even blasting through the straights at over 300km/h, his helmet is hard to miss especially for his fellow Malaysian fans around the world. 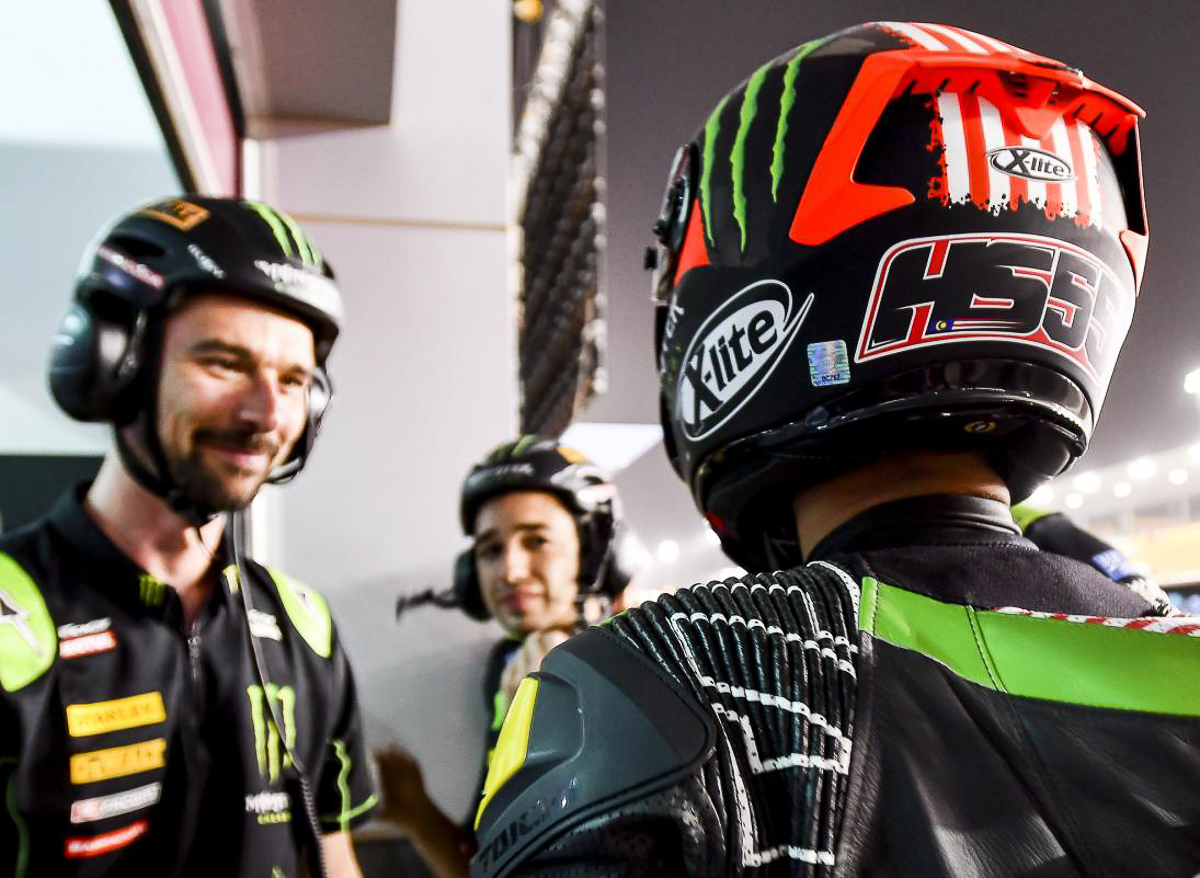 “As I am the first Malaysian to be in MotoGP then the flag is important; I’m proud to be Malaysian,” added Hafizh. Catch him in action from 1 to 3 June 2018 in Mugello, Italy. 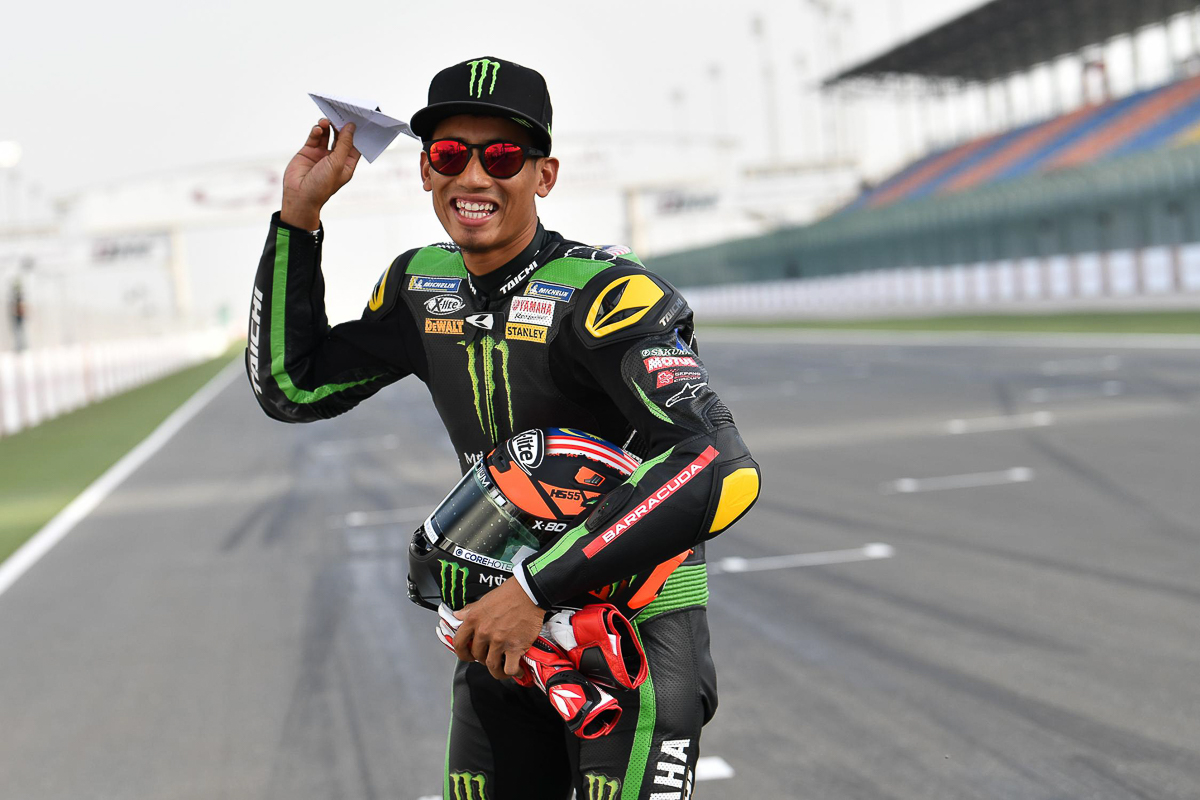