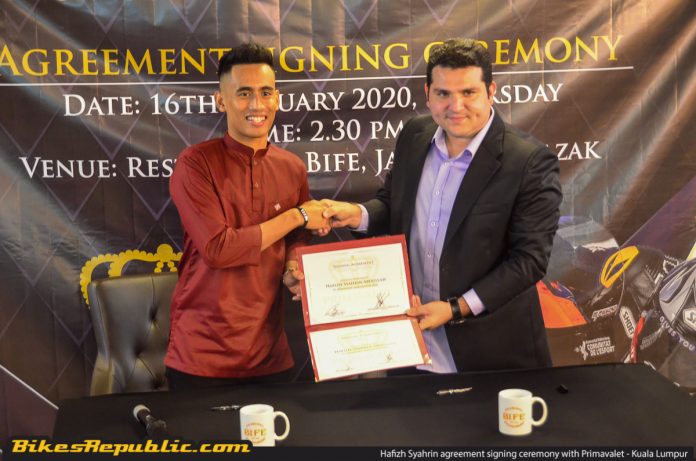 Hafizh Syahrin gets some much-needed support from one of Malaysia’s leading fashion brand, Primavalet. The newly signed partnership was made official earlier this afternoon between Primavalet and Malaysia’s first-ever MotoGP premier class rider. He is now the official ambassador for the major fashion house in 2020. 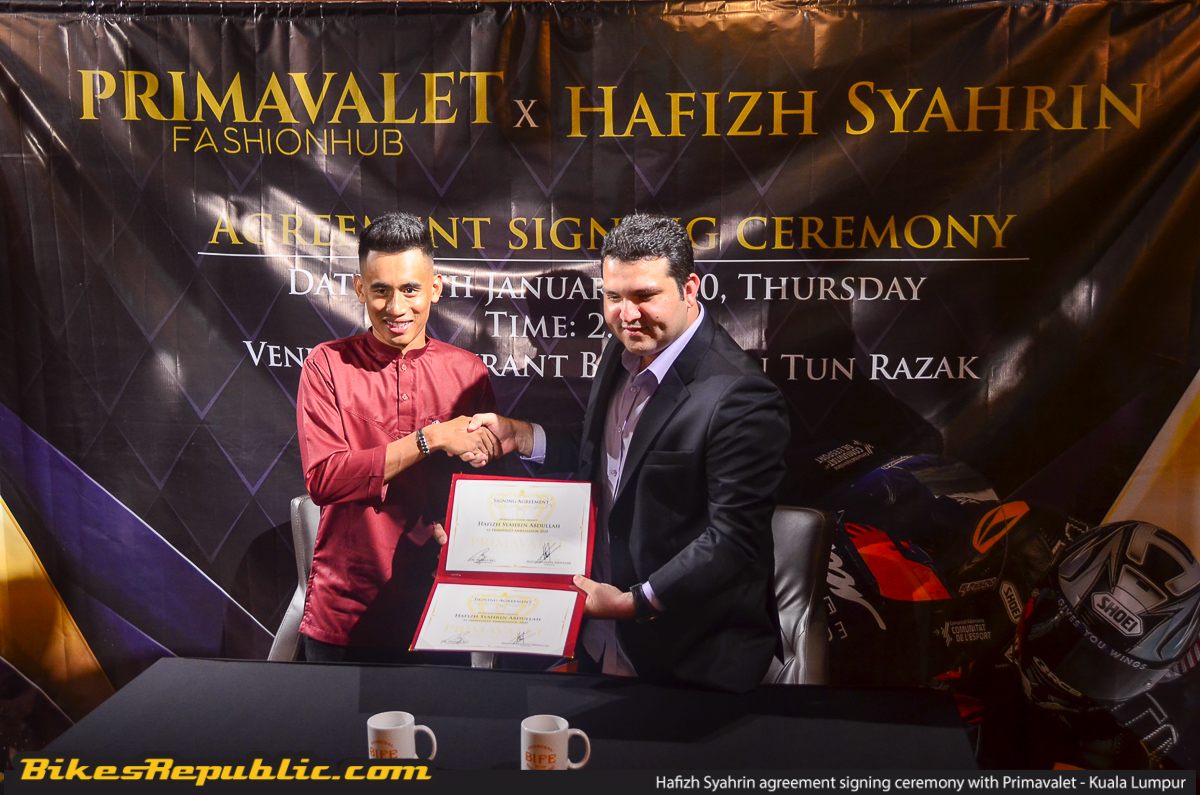 The deal confirms that Hafizh Syahrin will be releasing a special edition clothing line with Primavalet fashion house for the upcoming Hari Raya Aidilfitri celebrations. When asked about the agreement between the two parties, Hafizh Syahrin stated that his ‘spirit’ to compete in the 2020 season is further elevated thanks to this new agreement. 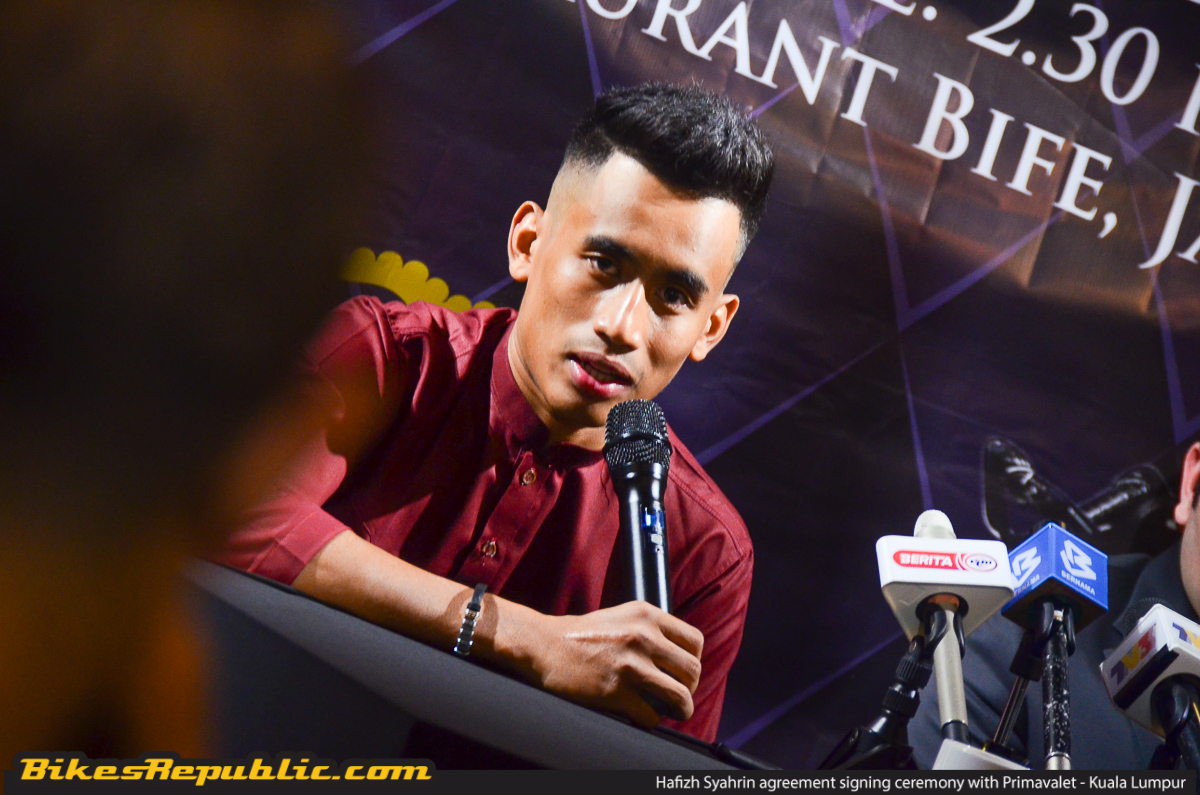 Dr Arshad Beg Mirzaja Hanjuan, Primavalet’s director, voiced his concern regarding the support given to fellow Malaysian motorsports athletes like Hafizh Syahrin where most folks find lacking even though they’re out there promoting Malaysia on an international level.

They might not be the main sponsor but any form of contribution towards the cause is greatly appreciated by Hafizh Syahrin and his career in racing. 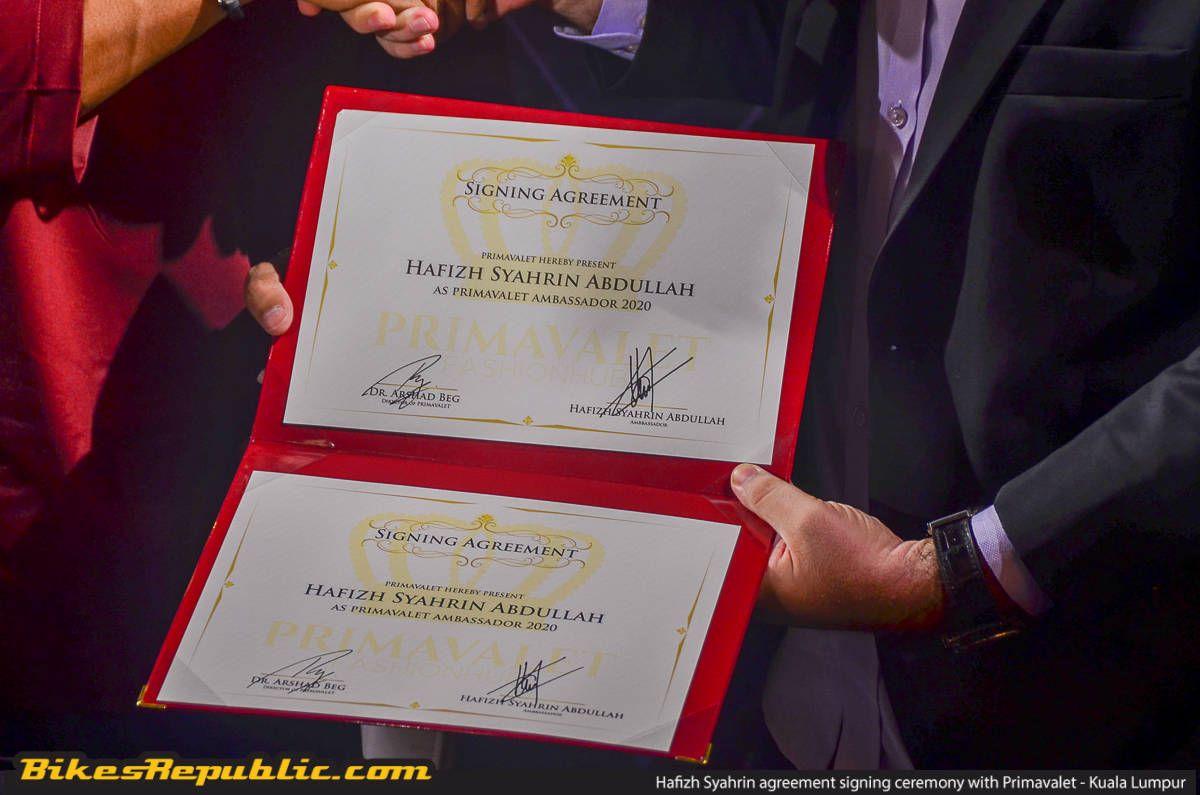 Further details regarding the new partnership are still being finalized but we’re pretty sure that the Primavalet brand will be somewhere posted on either Hafizh’s helmet, racing suit, or Moto2 race bike. As most of you have already known, Hafizh will be competing in Moto2 together with the Angel Nieto Team (formerly known as Aspar Racing Team).

Very positive Day 1,after touch down with flight and straight jump on the bike!!😬🤙🏼💪🏻🔝 #teamHS #HS55 #RezekiDariAllah — 47laps with my beasts,tomorrow more ✊🏻💨🖤❤️ #Speedup @speedupfactory @angelnietoteam