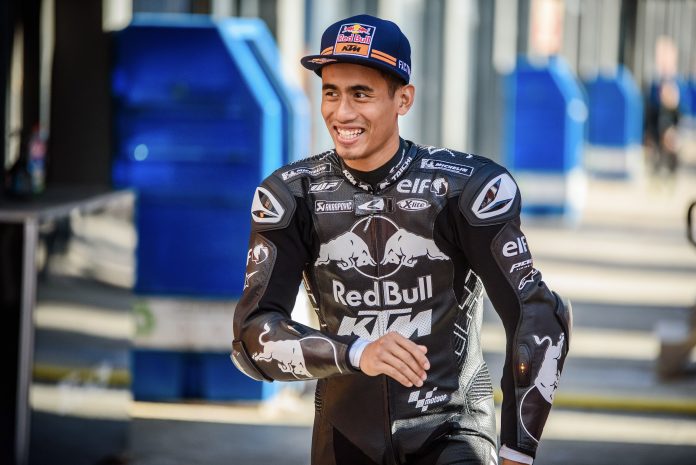 Hafizh Syahrin said that he is currently talking to two or three Moto2 teams for 2020.

His team Red Bull KTM Tech 3 Racing announced that current factory Moto2 rider Brad Binder will replace Hafizh next year. Unfortunately, all seats in the 2020 MotoGP season are taken, hence Hafizh had to look to the category from where he progressed into MotoGP.

Hafizh had progressed steadily in Moto2 before being tapped by the Tech 3 team in 2018. Back then, he and teammate Johann Zarco rode the Yamaha YZR-M1. Team principal Herve Poncharal decided to swith to KTM for the 2019 season after being promised factory machinery and support, something which Yamaha hadn’t done despite Tech 3 being their partner for more than 20 years.

Apart from Pol Espargaro who had been the KTM factory rider since the start, all three new signings namely Johann Zarco, Miguel Oliveira and Hafizh suffered. It was especially difficult for Zarco and Hafizh to accustom themselves to the aggressive KTM RC16 MotoGP racebike, given their super-smooth riding style.

He is now hoping to join either the KTM Tech 3 or PETRONAS SRT team in Moto2. The KTM team uses their own chassis, while the PETRONAS team uses the Kalex chassis. However, since there is currently only one bike in the PETRONAS team, it remains to be seen if they will add another bike or promote a Moto3 rider to the seat.