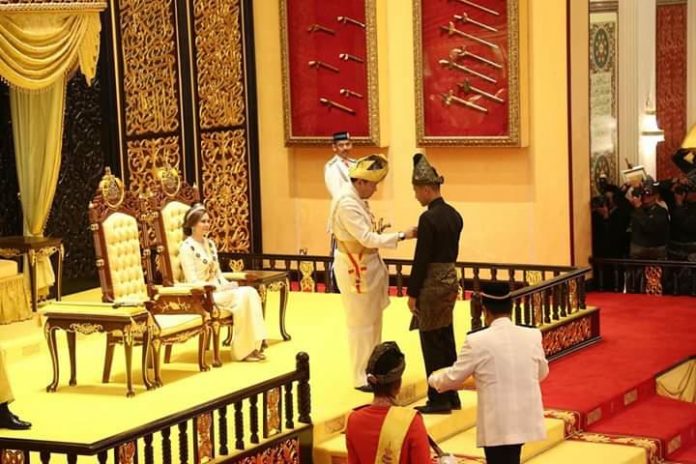 Malaysian MotoGP rider Hafizh Syahrin Abdullah has been conferred the Anugerah Darjah Kebesaran Bintang Kegemilangan Sukan (Excellence in Sports Award) today. However, the award does not carry the title of “Dato’.”

Hafizh Syahrin distinguished himself as the country’s first full-time MotoGP rider when he was picked to join the Monster Tech3 Yamaha MotoGP team this year. He partnered two-time Moto2 Champion, Johann Zarco.

Hafizh began racing on pocket bikes. His exploits earned him the title “King of Pocket Bikes.” He moved on to Cub Prix racing before moving to Spain for the CEV series. It was there that he picked up the “El Pescao” nickname. “Pescao” means “fish” in Spanish as the rider had always excelled during wet races.