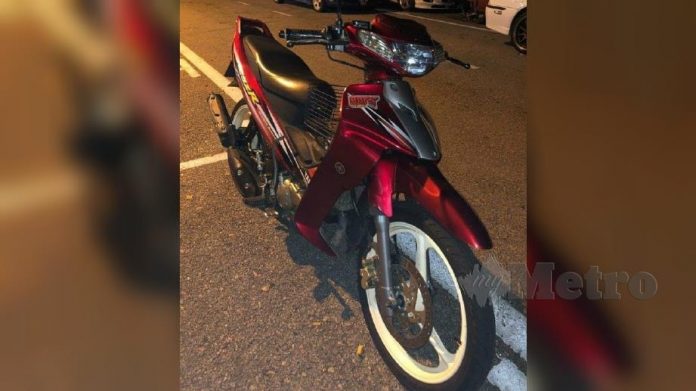 A man lost his Yamaha 125ZR to a thief during a test ride yesterday.

The victim, Muhamammad Zuhaili Ahmad Zarudin, had advertised his immaculate-looking Yamaha 125ZR on Facebook for RM 7,500. His post was answered, and the “buyer” called to meet at the Sungai Buloh Toll Plaza at 9pm.

The buyer arrived alone in a Perodua Myvi a few minutes later. He insisted that he wanted to test ride the bike before making a decision. He promised Zuhaili that he only wanted to ride the bike in the area around the toll plaza. But when Zuhaili balked at the request, the buyer handed over the key to the Myvi.

With that, Zuhaili handed the bike over.

Zuhaili said he could see the would-be thief riding in his vicinity before he took a slip road and disappeared from sight. He attempted to call the “buyer,” but his phone was switched off.

The victim then drove the Myvi to the nearest police station to report the theft. The police believed that the car was stolen, as well.

The case is being investigated under Section 379A of the Penal Code for vehicular theft. It’s better known as “grand theft auto (GTA)” in the United States.