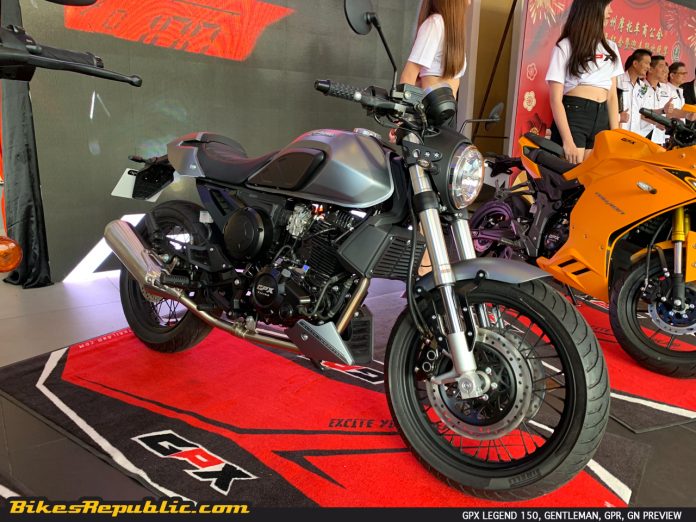 We were given a preview of the GPX Legend 150, GPX Gentleman, GPX Demon GR and GPX Demon GN tonight by Bike Continent Sdn. Bhd.

These GPX models represent great-looking bikes at prices that’s easier on your bank account balance. GPX also assures us that these motorcycles are built tough and reliable.

GPX is a Thai motorcycle manufacturer. They produce the frames, bodywork and other parts of the motorcycle except for the running stock. The engines are built in China, but GPX stations their Thai and Japanese engineers at the production plant to monitor the quality closely.

The manufacturer is now the 3rdlargest selling brand in Thailand by volume. They are active in organizing rides and special events for their customers, such as the mega gathering at Hard Rock Café Siam Square in Bangkok.

The Legend 150 is a retro model for those who like simplicity and customization. Indeed, the Legend is bare-bones in its stock form. 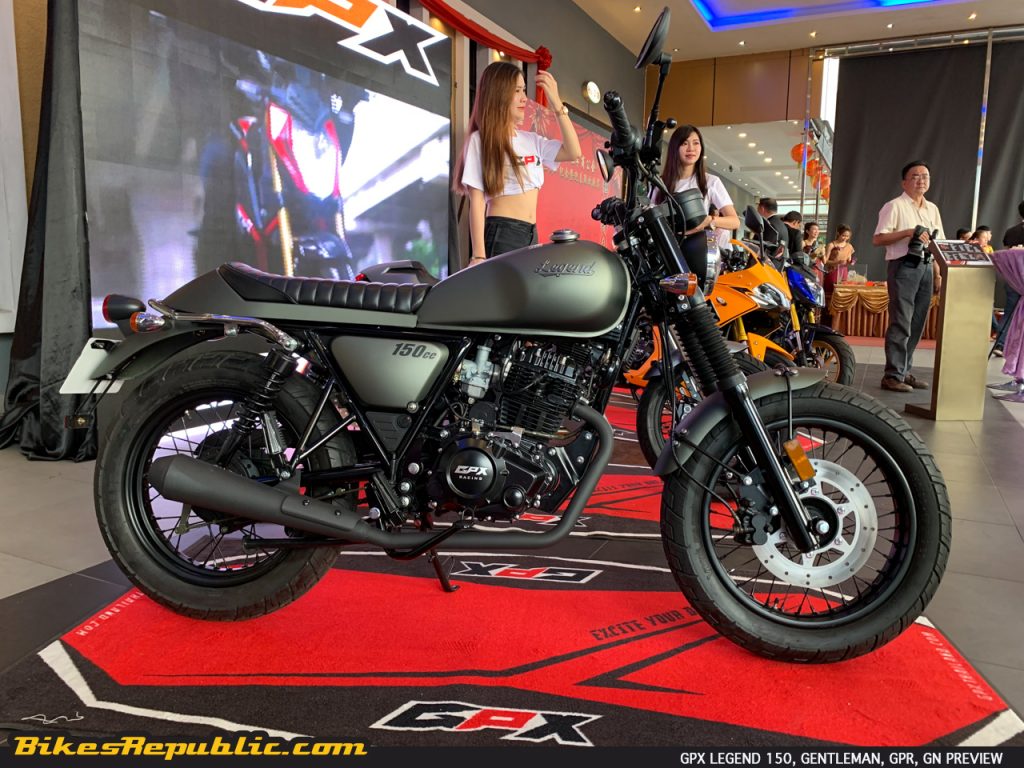 This model is already doing very well in Thailand, its country of origin. The customizers in that country have shown off a number of awe-inspiring customs. The long bench-seat and fuel lends that classic 1950’s look. 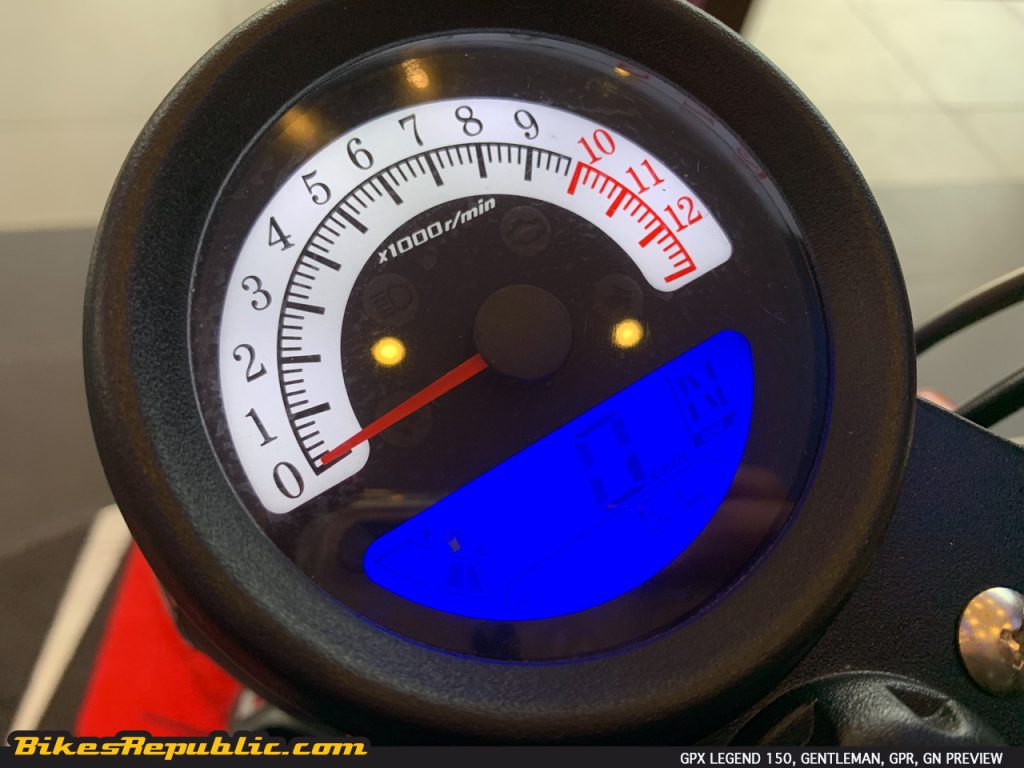 As such, it should bode well for motorcycle fans in Malaysia who wish to own a motorcycle which reflects their own personalities, instead of owning something which you could find anywhere. 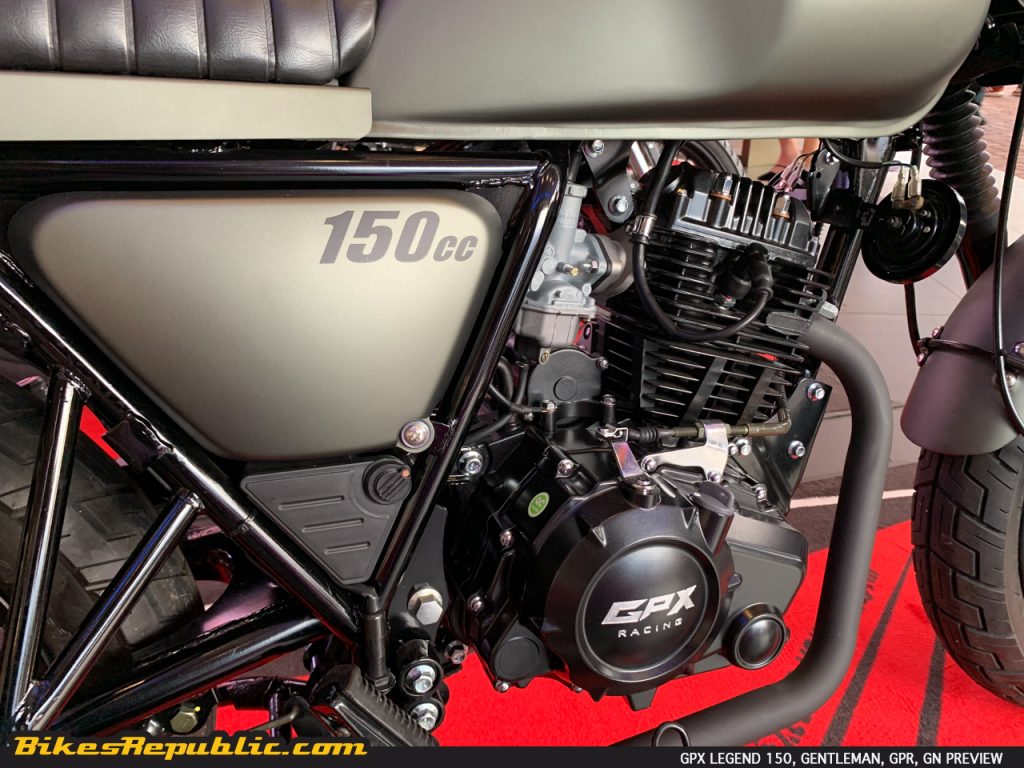 The Legend 150 is powered a 150cc, air-cooled, single-cylinder engine. From our observation, the powerplant looks solidly-built with fine finishing. 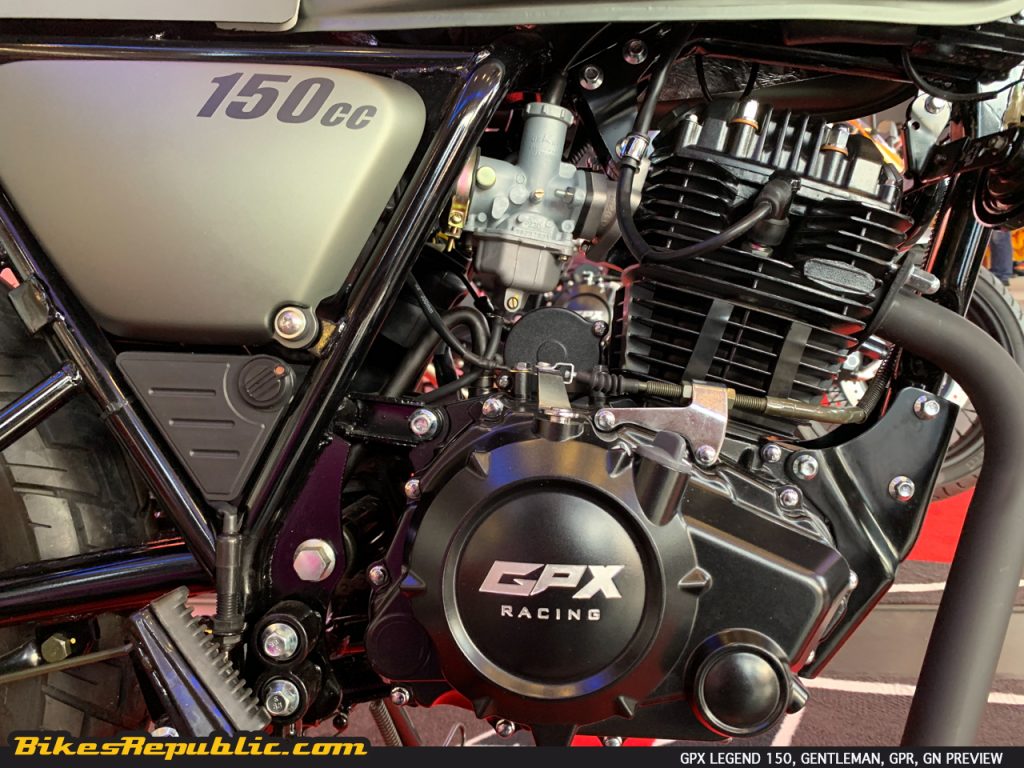 The chassis handled by a pair of telescopic forks and a pair of shocks at the rear. The frame is a welded spaceframe which utilizes the engine as a stressed member.

The Gentleman is GPX’s café racer in the lineup. 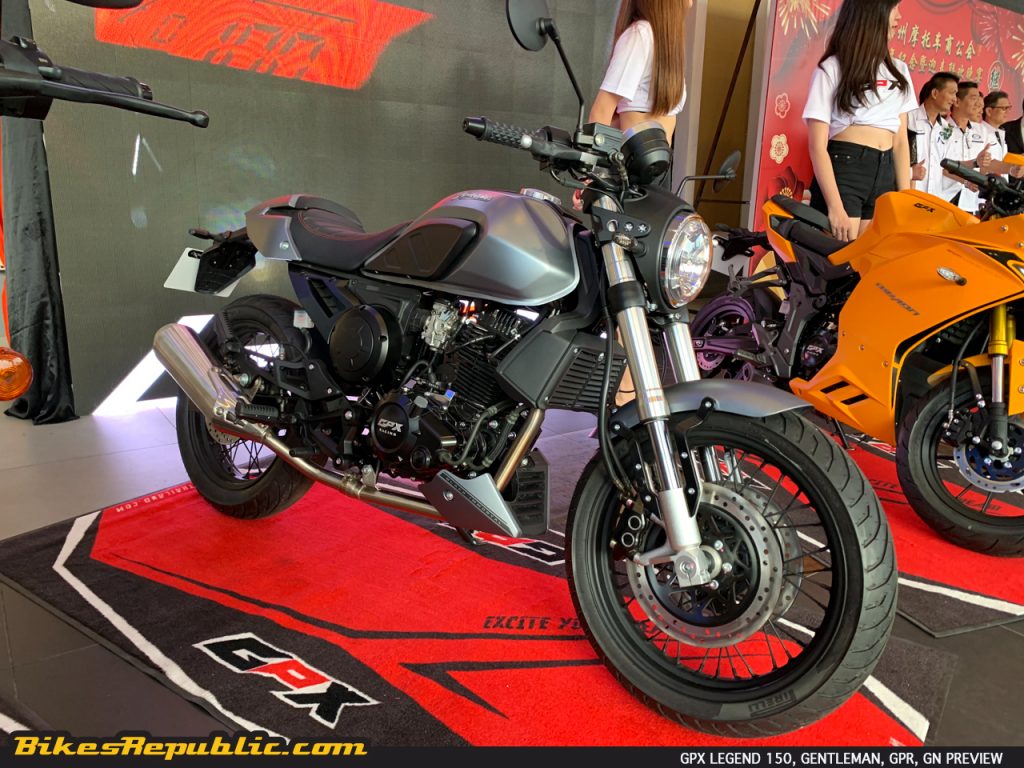 The model has a number of interesting features: 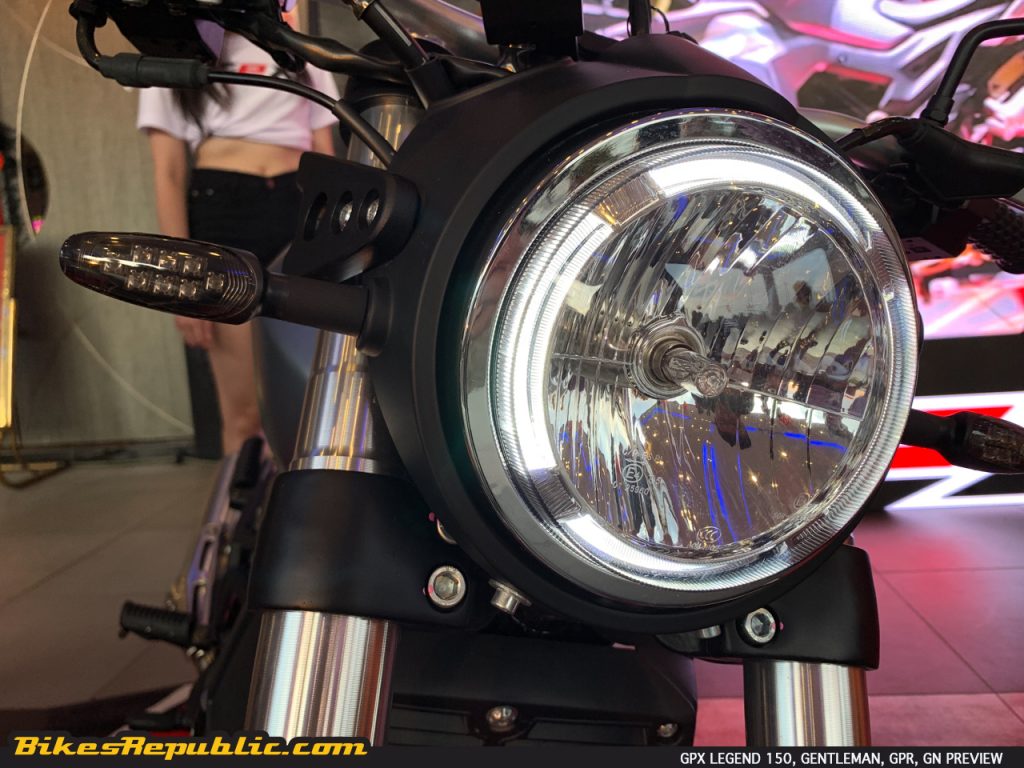 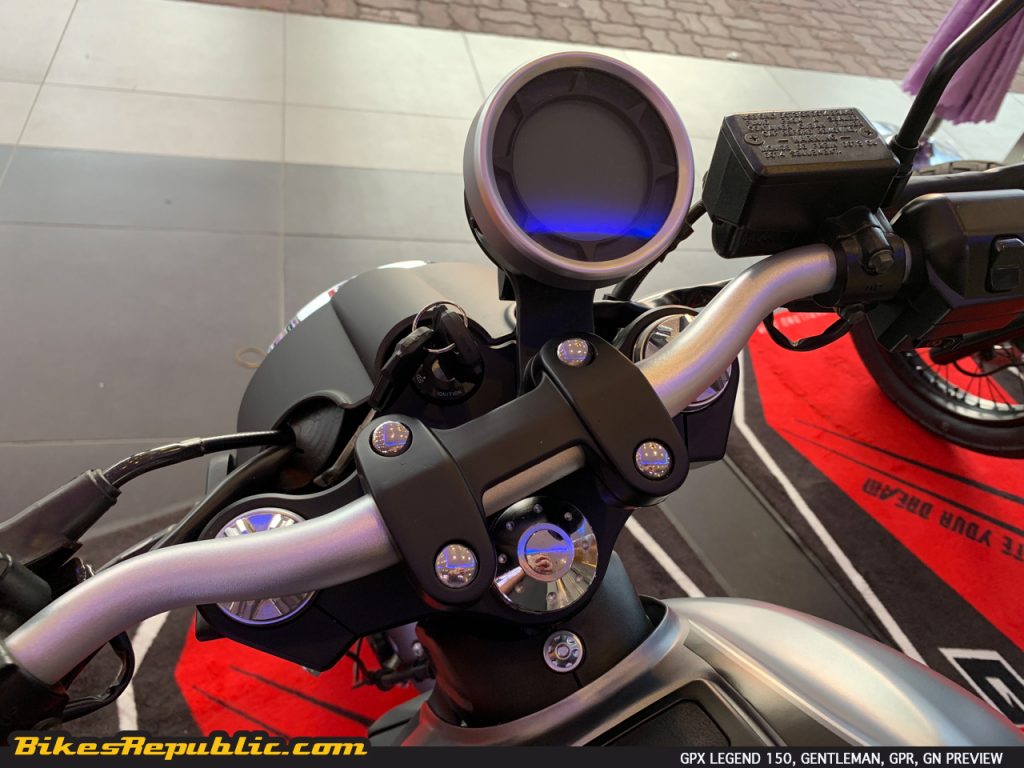 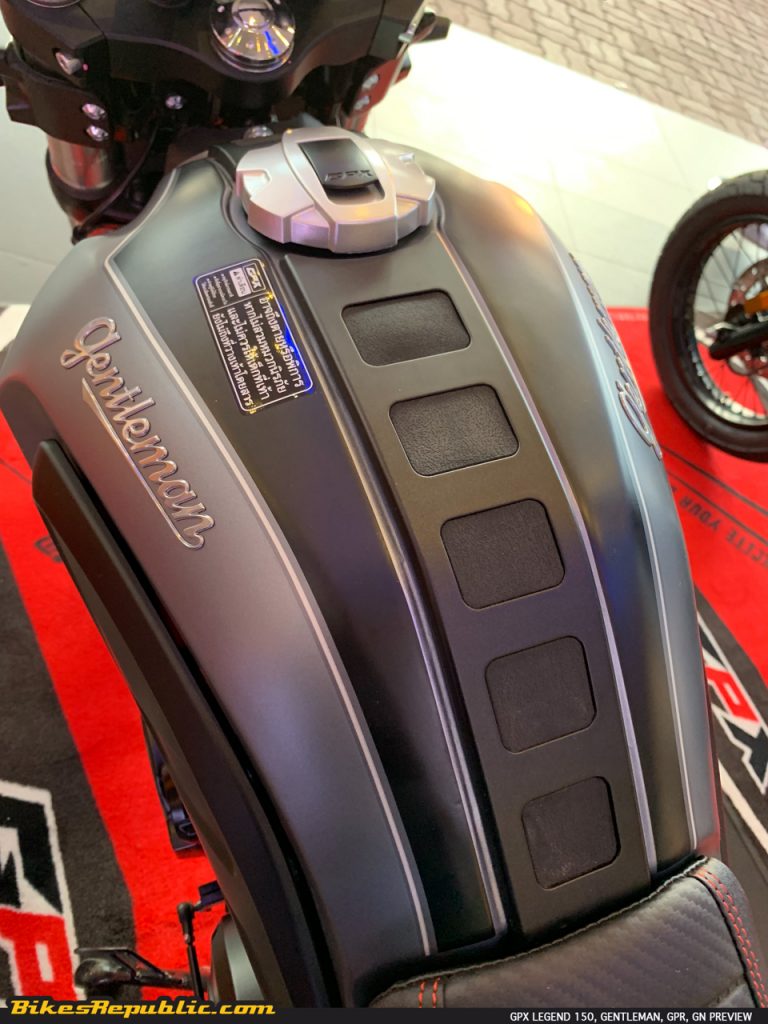 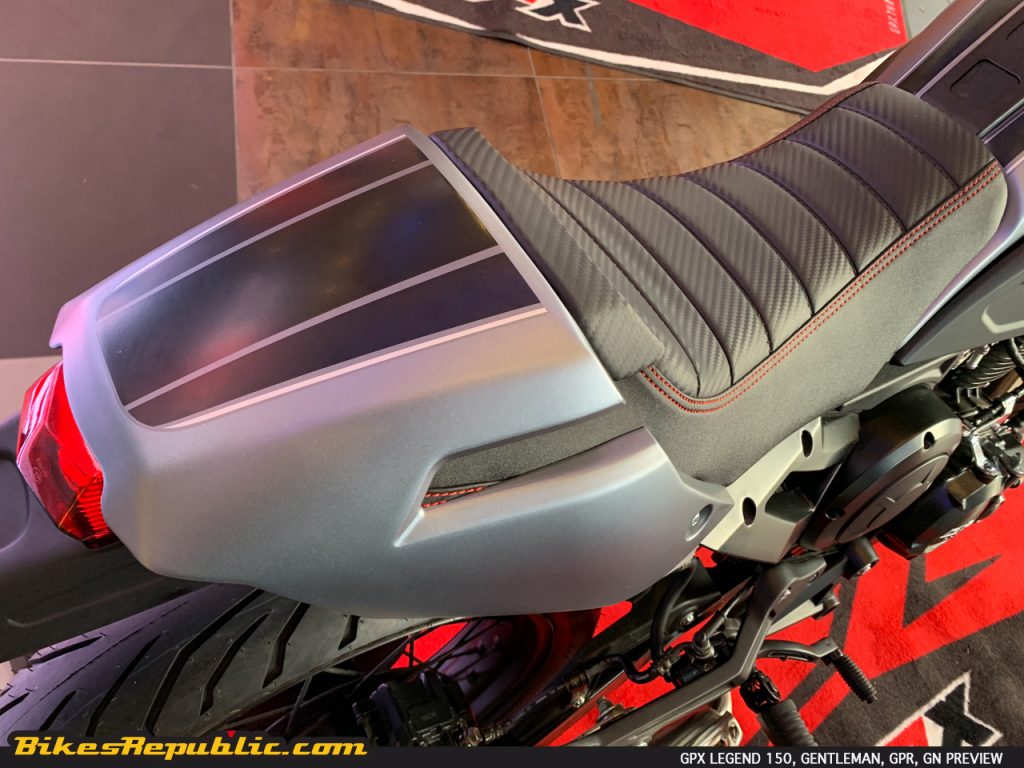 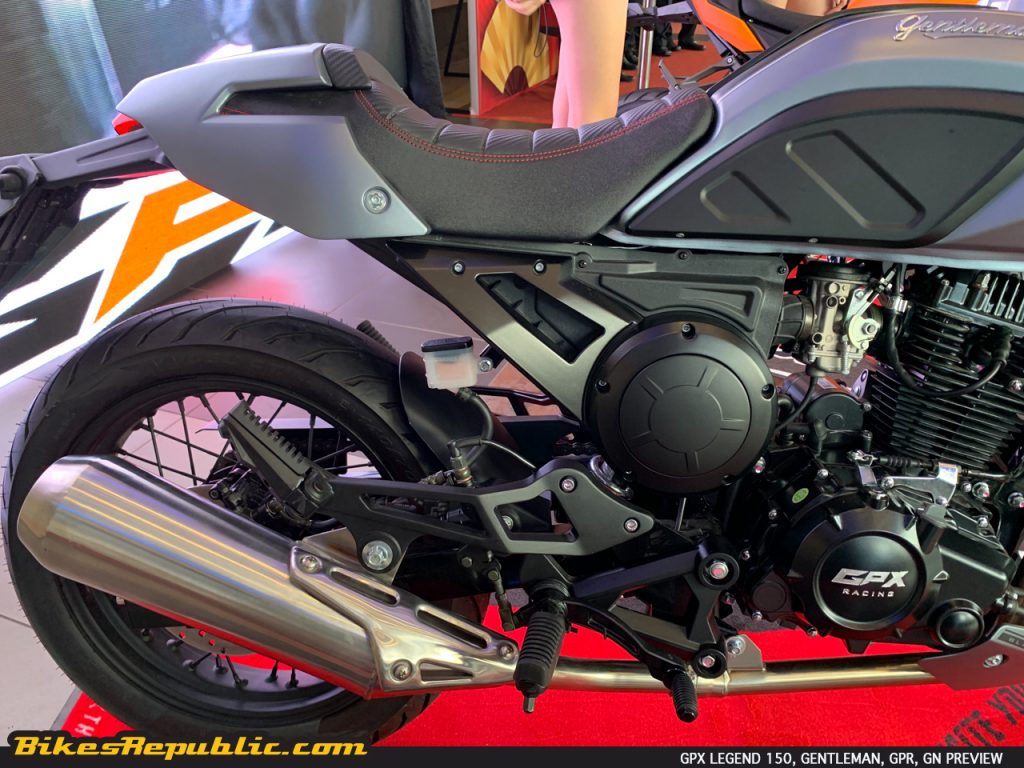 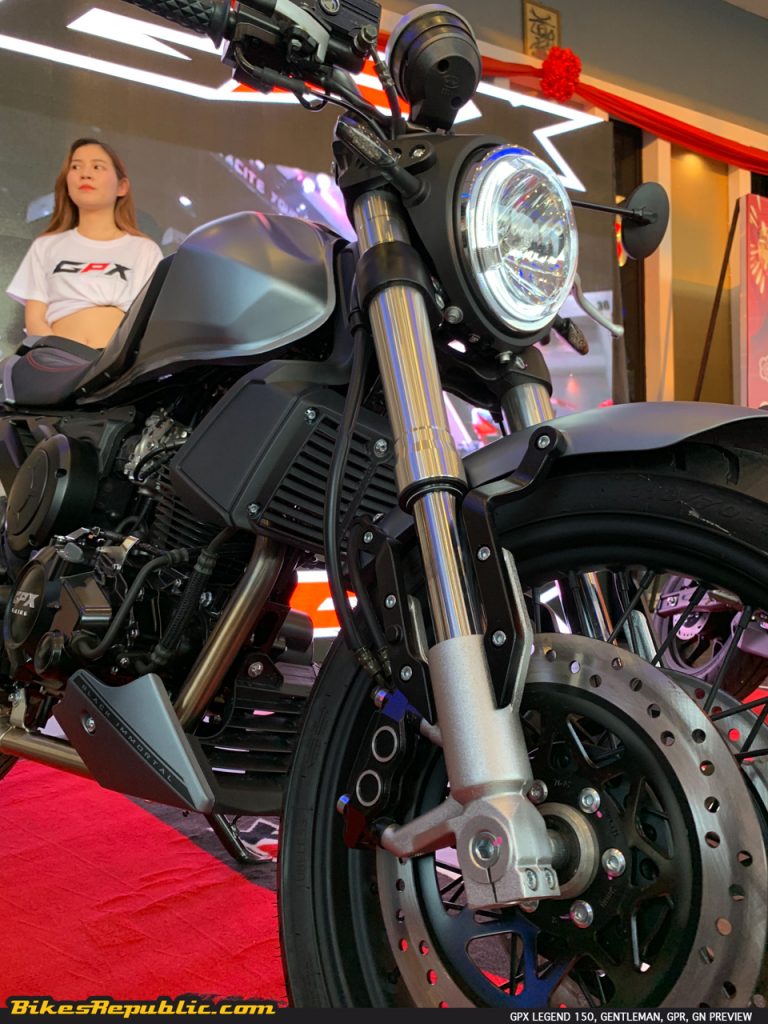 The Gentleman is powered by a 200cc, air-cooled, single-cylinder engine. The quality of the components can readily be seen.

This model is also very popular in Thailand and hundreds of owners will turn up for convoys.

The Demon GPR’s styling takes after the already gorgeous Ducati Panigale with a number of differences. 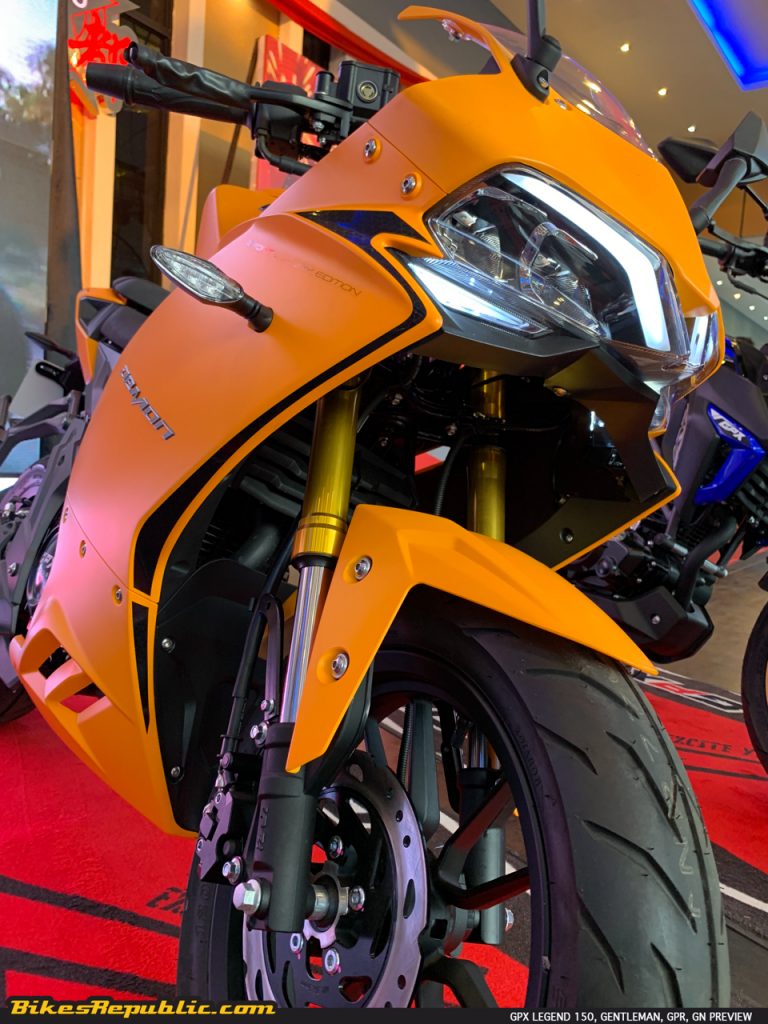 For example, there are also LED running lights sited in where the air intakes of the Panigale are. 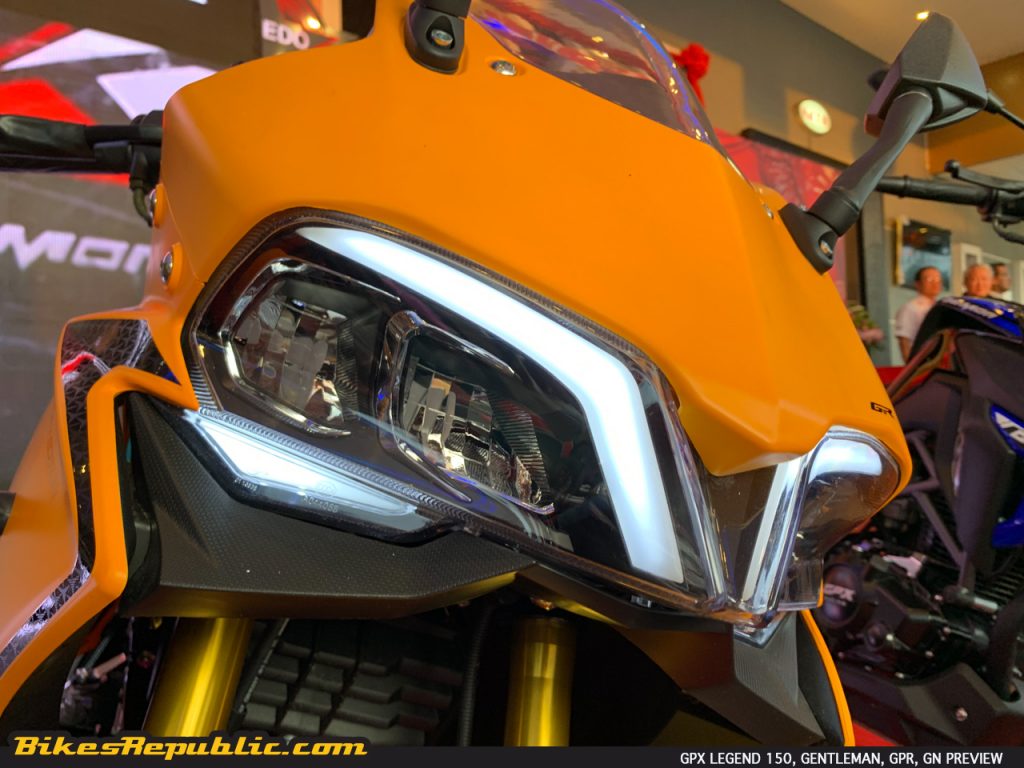 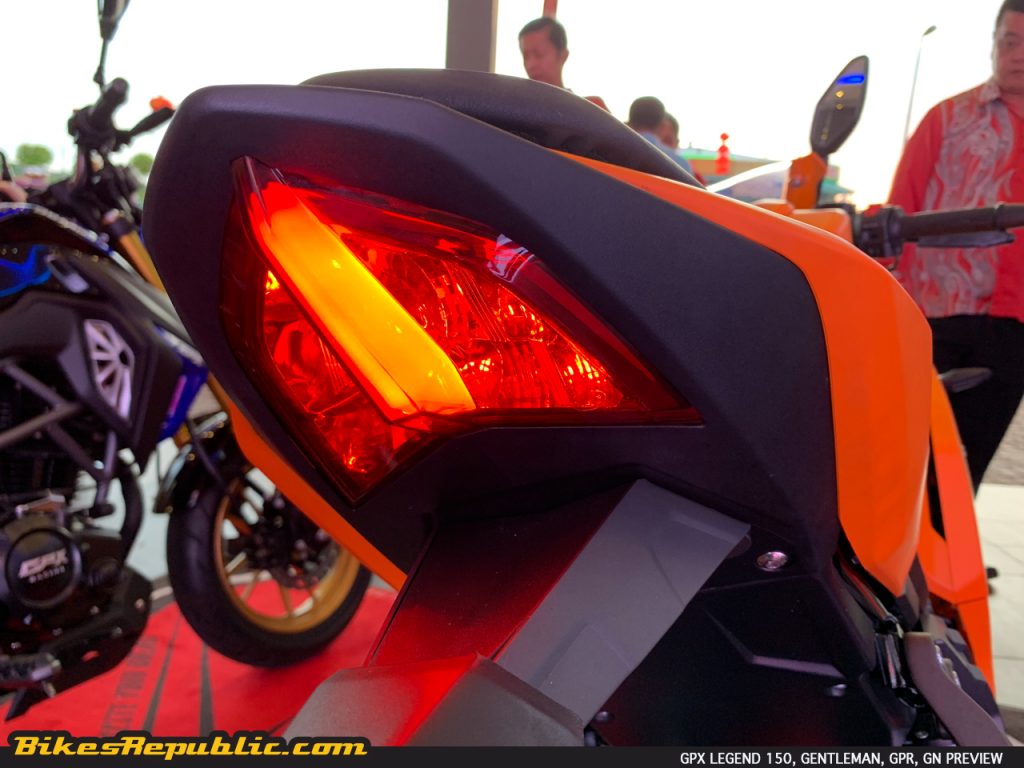 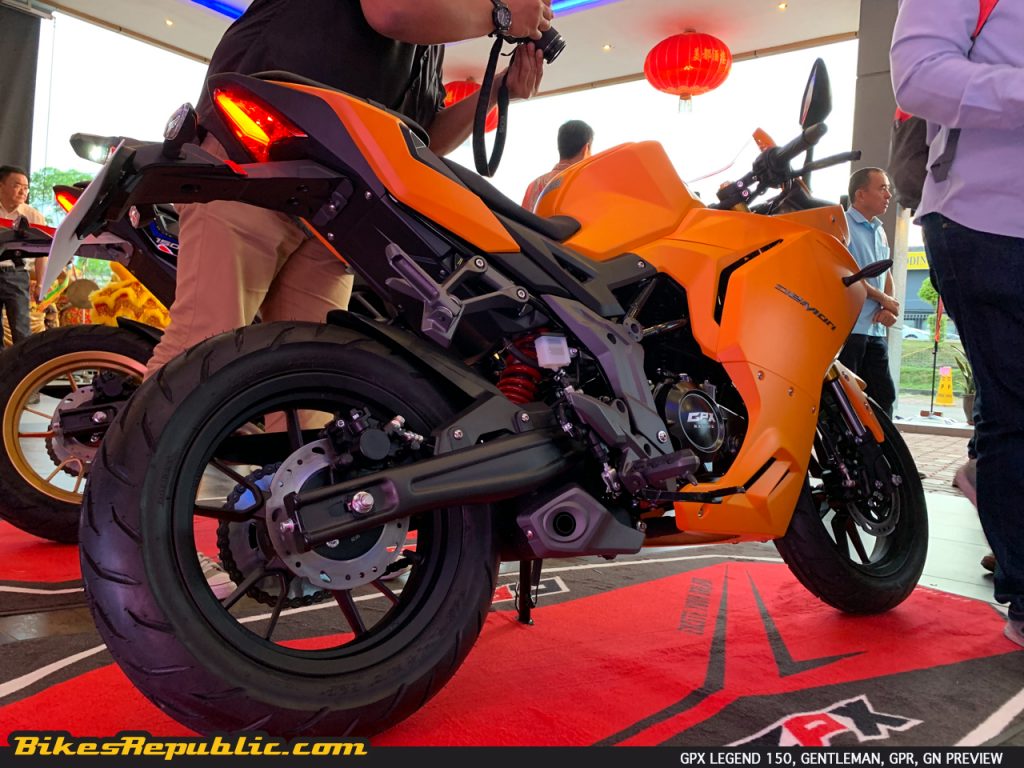 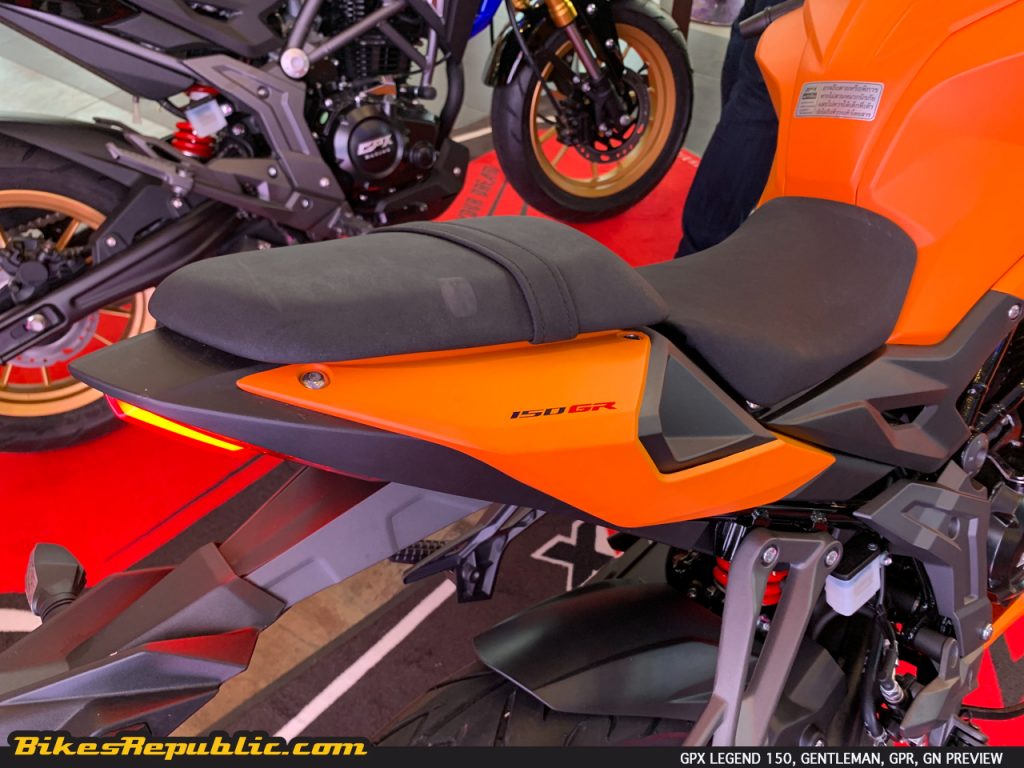 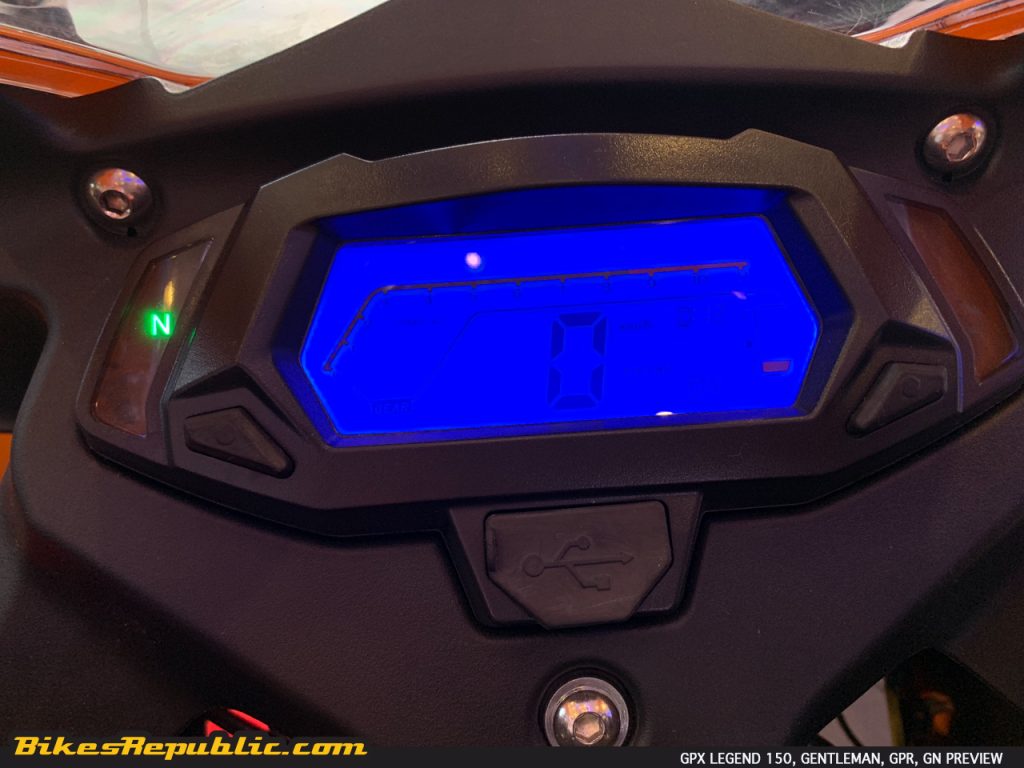 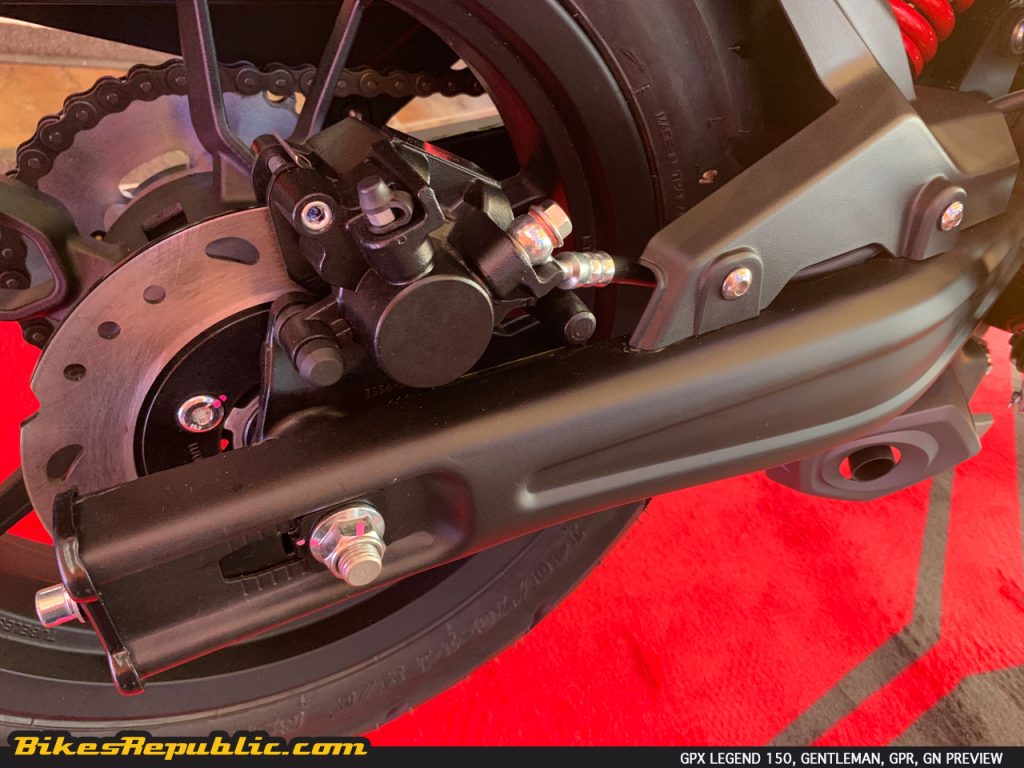 The Demon GPR rolls on 14-inch cast-alloy wheels. It is powered by the same 150cc, air-cooled, single-cylinder engine of the Legend 150.

The Demon GN is the “naked” version of the Demon GPR. It takes the look of a streetfighter. 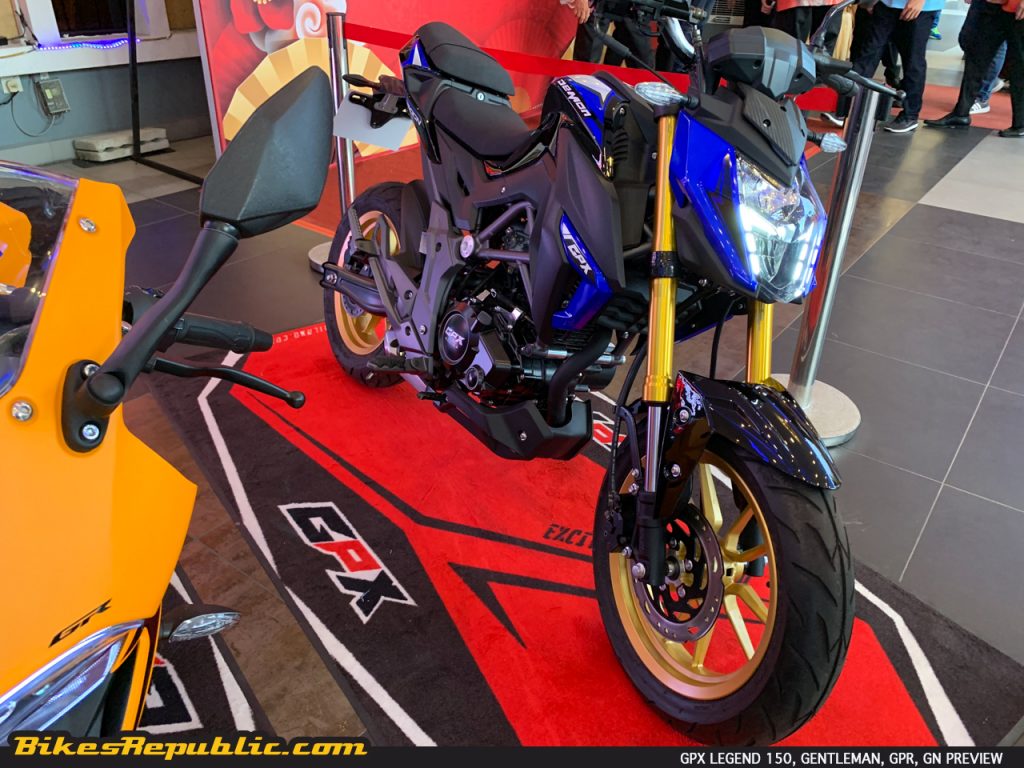 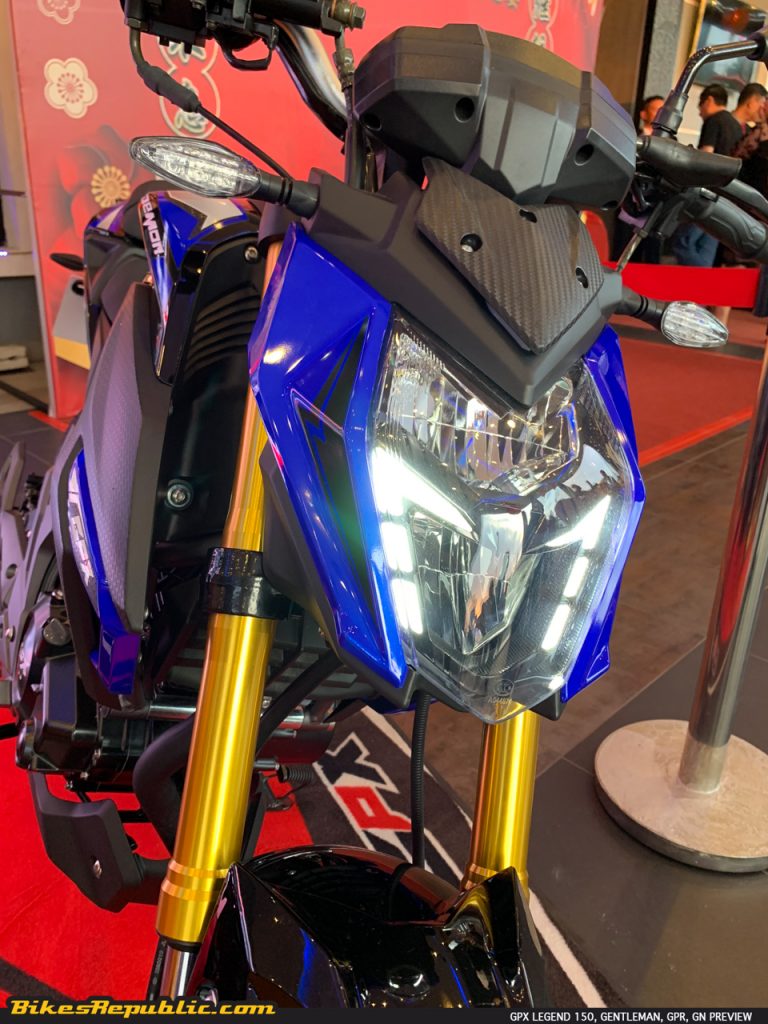 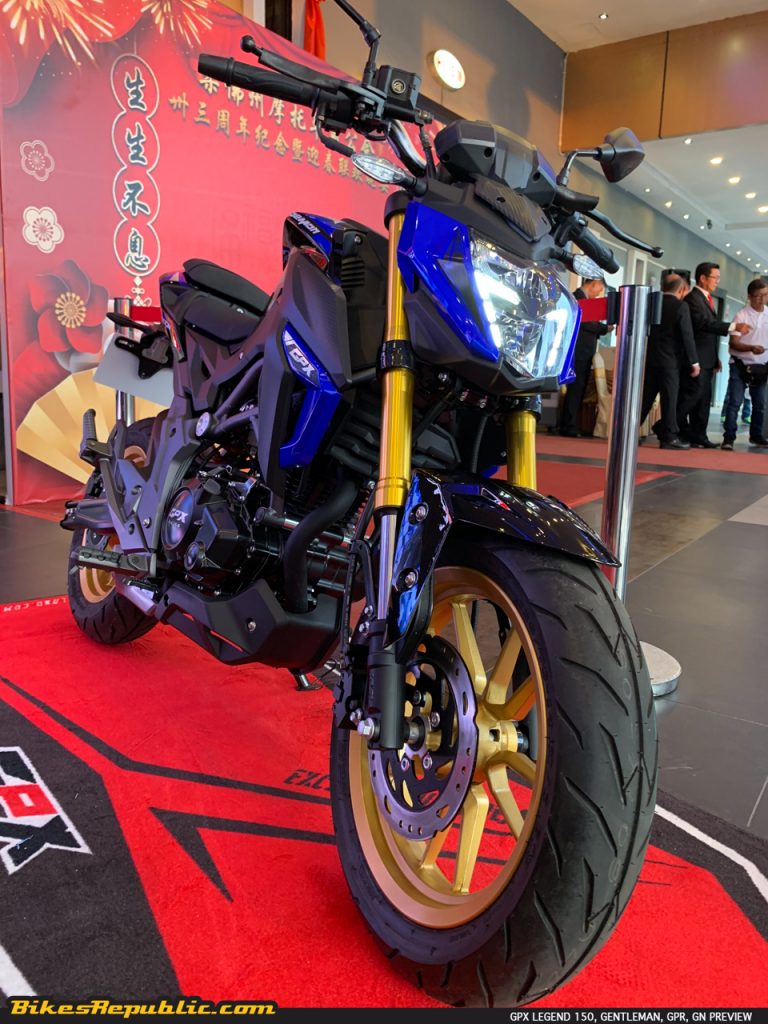 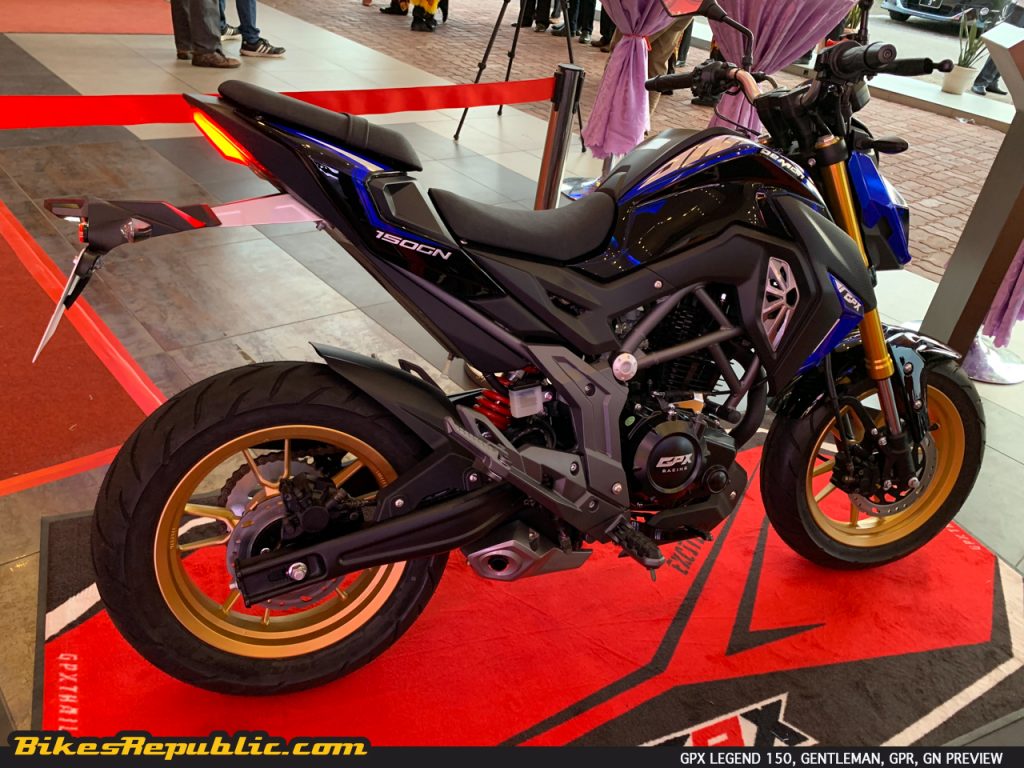 The way we look at it, the Demon GN