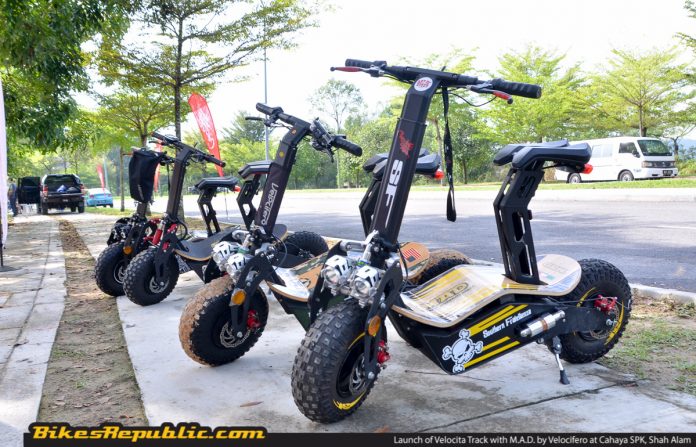 New enforcement by Ministry of Transport Malaysia sees micro-mobility vehicles including e-scooters banned from use on public roads.

The Ministry of Transport Malaysia have banned personal micro-mobility vehicles such as e-scooters on public roads. The announcement was made by Transport Minister Datuk Seri Dr Wee Ka Siong earlier this afternoon.

According to reports by both The Star and FMT, this ban covers mopeds, personal mobility devices including electric scooters (e-scooters), devices with internal combustion engines or propelled by human power as well as personal mobility aids.

Wee further added that the Road Traffic (Prohibition of Use of Certain Microbility Vehicles) Rules 2021 had been enforced since Dec 17 last year. “We want to enforce this because more and more micro-mobility vehicles are being used on the road of late. This can pose a danger not just to the users but also to other road users,” he told reporters.

“The public can use these devices. But they cannot use it on public roads where these vehicles will mix with other motor vehicles and put everyone at risk,” he continued. The ban also extends to the use of certain microbility vehicles on roads in residential areas.

Effectively, the ban means members of the public can still use these devices, but not on public roads where these vehicles will mix with other motor vehicles, which will put everyone at risk.

As for electric bicycles, these are exempted from this ban specifically, but these must conform with Malaysia Standard MS2514: Electric Bicycles (electric pedal-assisted bicycles) specifications. Regular bicycles, on the other hand, are also exempted from this ban, and users must abide by regulations under the Road Transport Act and Road Traffic Rules.

Guidelines on safe use of bicycles have been issued by the Malaysian Institute of Road Safety Research (Miros), Wee said.

Offenders caught by authorities, be it police or JPJ officers, for not complying with this ban will be issued a compound of RM300. 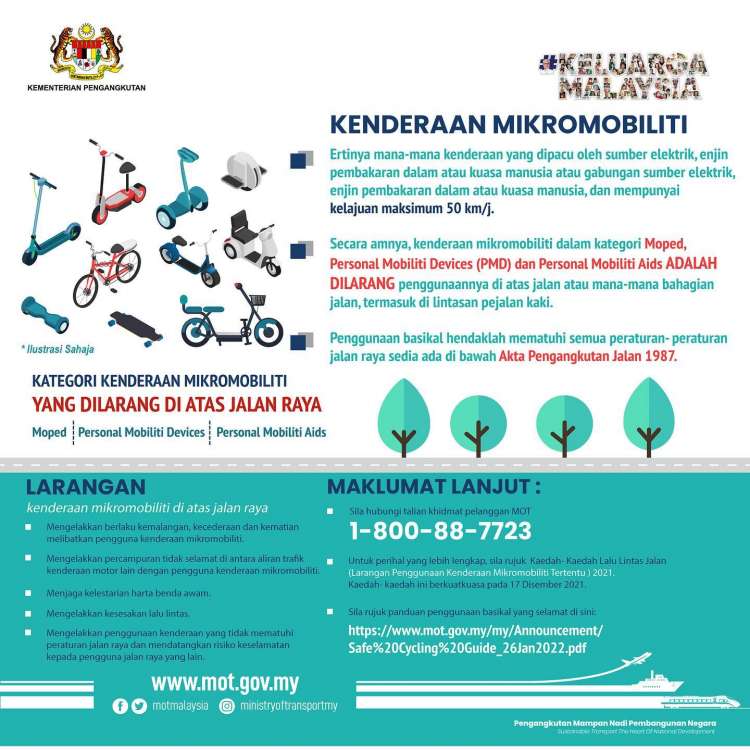 While this is a step in the right direction, it’s surprising to note that a possible licensing scheme on e-scooters and micro-mobility vehicles as such, especially those capable of hitting 50KM/H and up, the ministry was reportedly mooting prior didn’t materialise.

Nevertheless, let’s hope this ban curbs the sight of e-scooters and micro-mobility vehicles from posing a risk to other road users and pedestrians as we’ve seen trending of late.