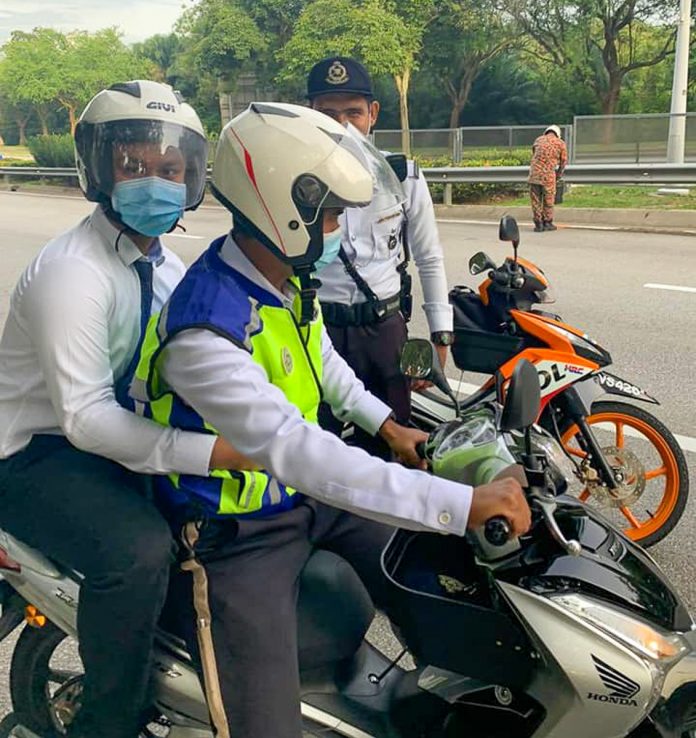 The Royal Malaysian Police (PDRM) force is responsible for many things, even when it comes to doing things above and beyond their job scope. A great example of that was seen earlier today on a Twitter post that’s currently going viral where this time, it’s about a traffic police officer lending a helping hand to a student.

We’re not too entirely sure when this event took place but Twitter account @aimadazfar posted this morning that his cousin was stuck in traffic somewhere near Putrajaya after the road that he usually takes to go to school was completely blocked due to an overturned lorry carrying a huge pile of dirt.

The student was supposed to sit for some exam and the matter was made known to one of the officers who were there to assist in the situation involving the accident. Knowing this, the traffic police officer offered to take the student straight to his school, just to make sure that he’s able to sit for the exam. 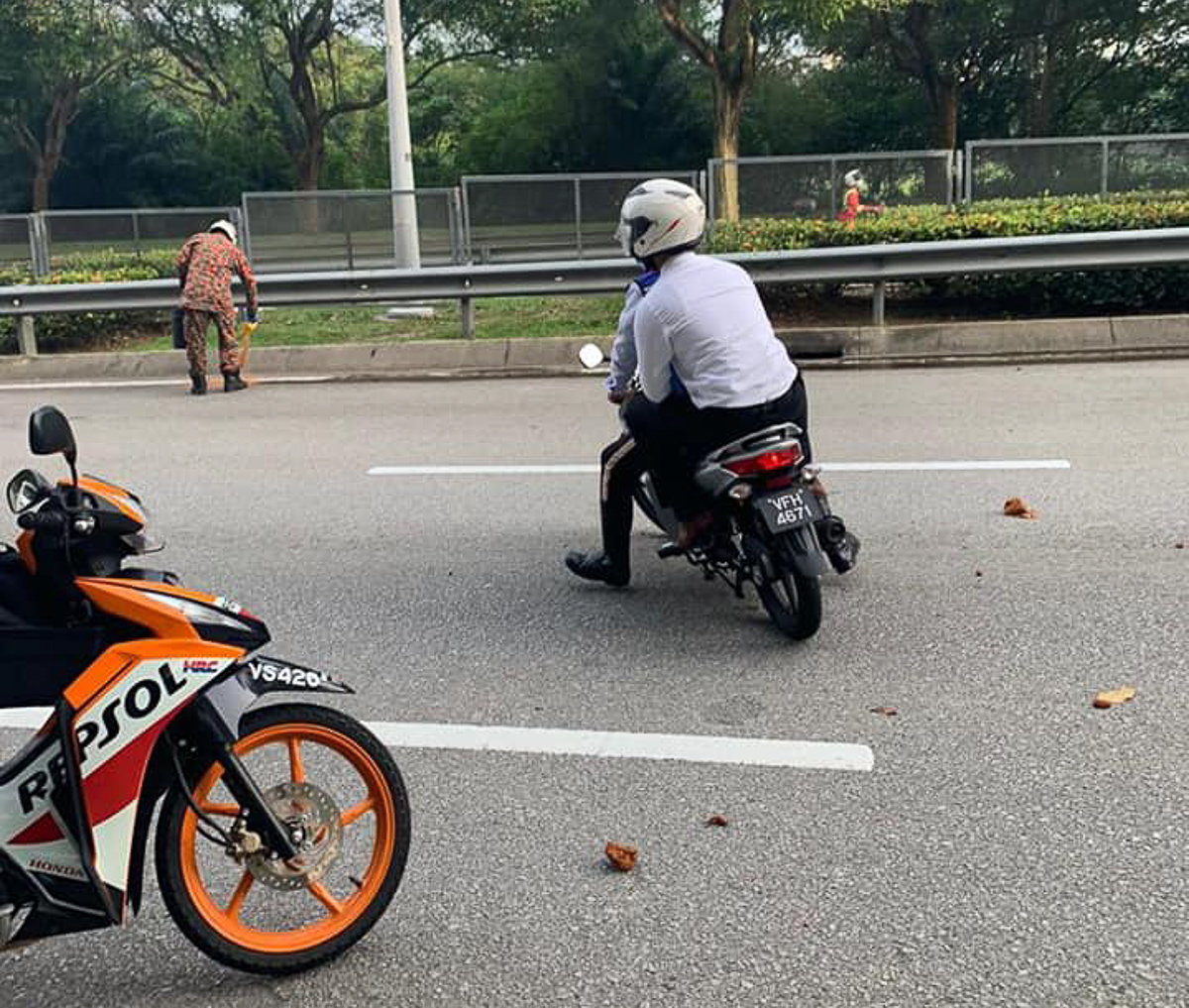 Unfortunately, the name of the police officer was never mentioned in the Twitter post but knowing how fast netizens work, we’re sure that it’ll pop up soon enough. To the unnamed police hero, we salute you and we wish you the very best. Kudos!