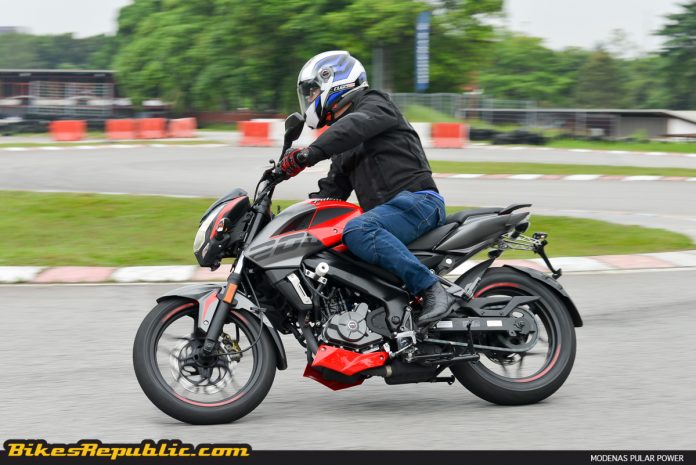 The Modenas after Sales team provided Mr Zulkifli Nasir with a temporary Pulsar NS200 after his own bike caught on fire earlier this week.

His bike was burned down a few days back due to a short circuit caused by improper battery terminal connection. 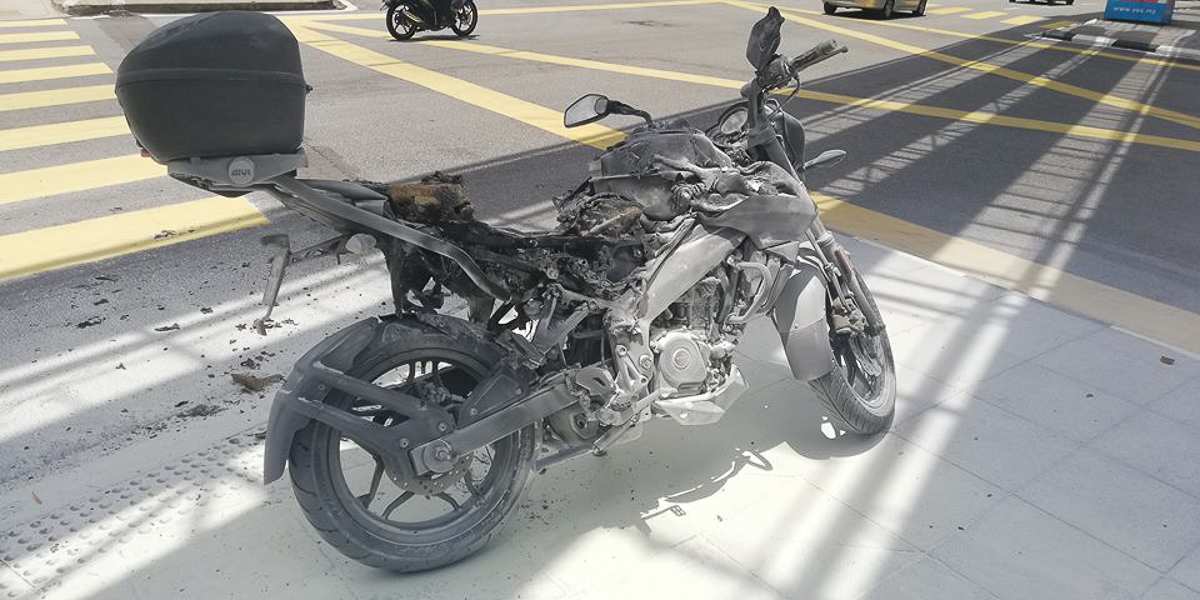 Just a few days after the unfortunate incident that has befallen upon one Modenas Pulsar NS200 owner whose bike caught fire due to a shorted circuit, the good folks from Modenas came to the rescue with a temporary bike for Zulkifli Nasir to continue his daily journeys to and from work. 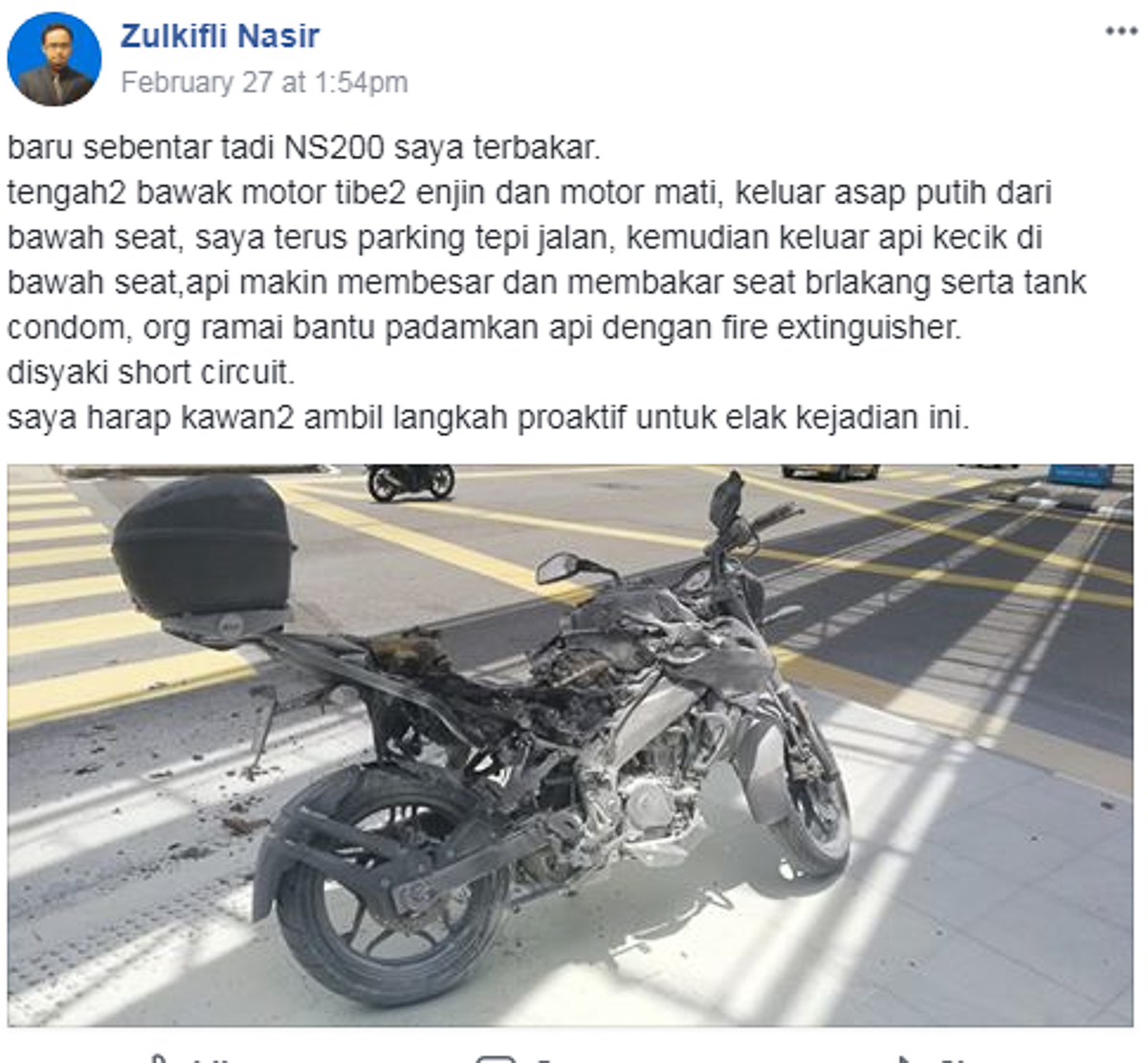 The Pulsar NS200 owned by Zulkifli, unfortunately, caught on fire earlier this week. The event unfolded when the bike suddenly turned off and white smoke emitted from under the seat before sparks engulfed his precious bike in a huge ball of flame. 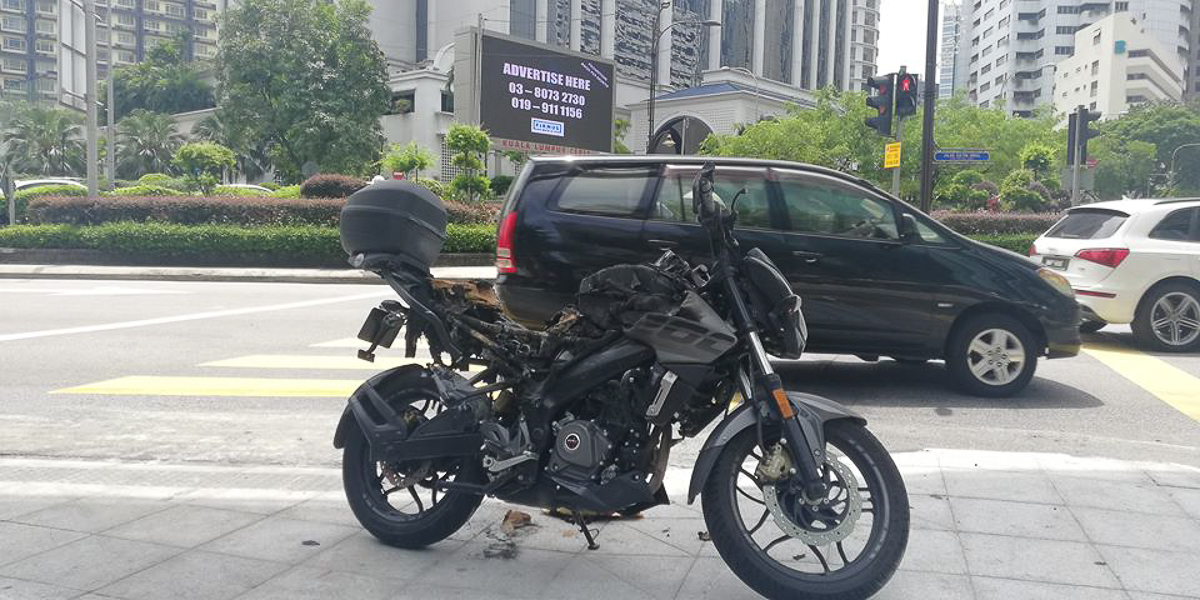 Some bystanders managed to get their hands on a fire extinguisher and put out the flames before any more serious damage or the general public is put in harm’s way. Modenas quickly took over the case and promptly issued a public notification announcing their full investigation on the matter. 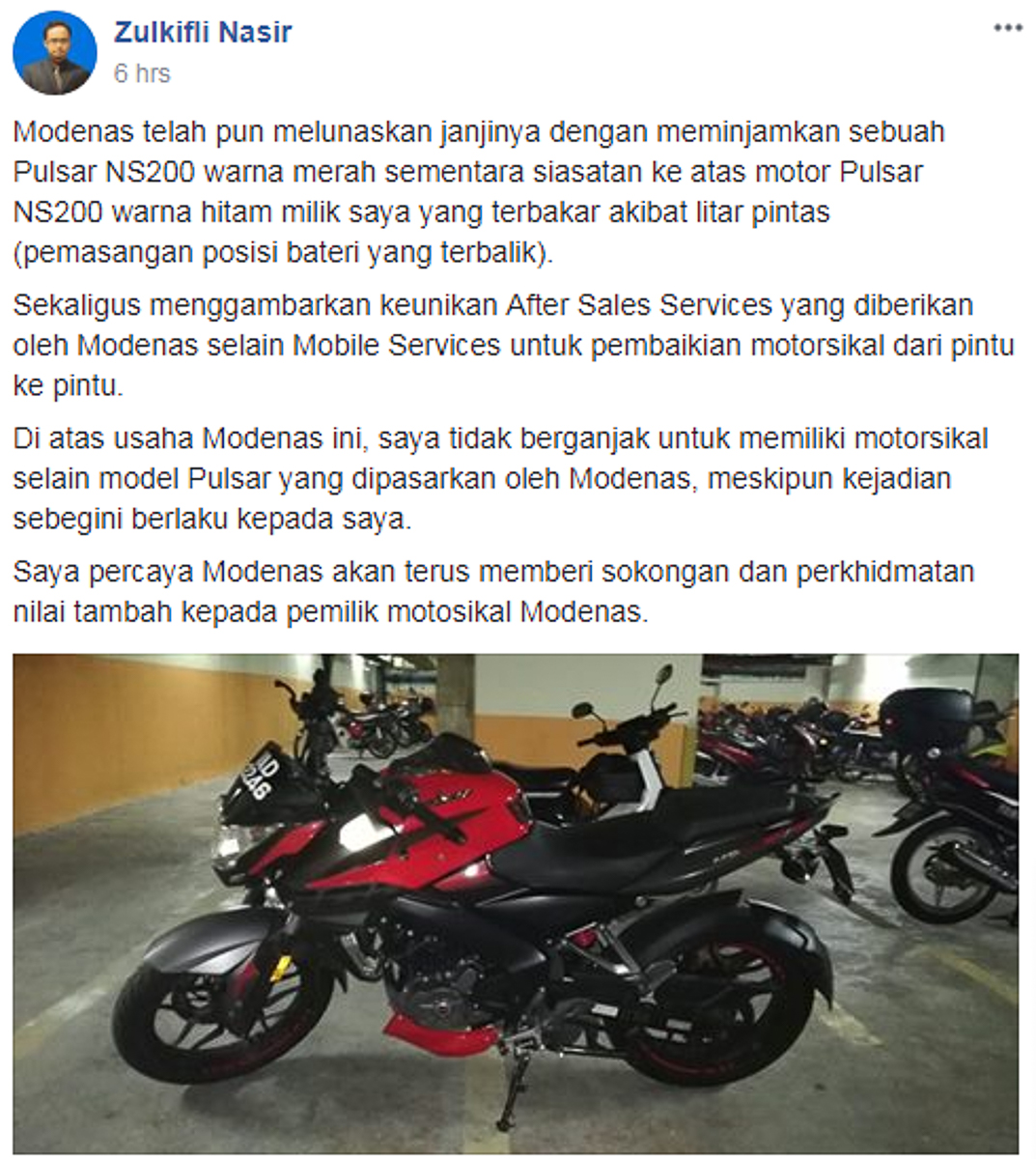 The latest posting by Zulkifli Nasir himself in the Modenas Pulsar RS200, NS200 V15 Malaysia (MOPAR) stated that the short circuit was caused by the battery terminals being installed incorrectly. The Modenas after Sales team found the cause and will be taking immediate actions to resolve the case the best way possible. 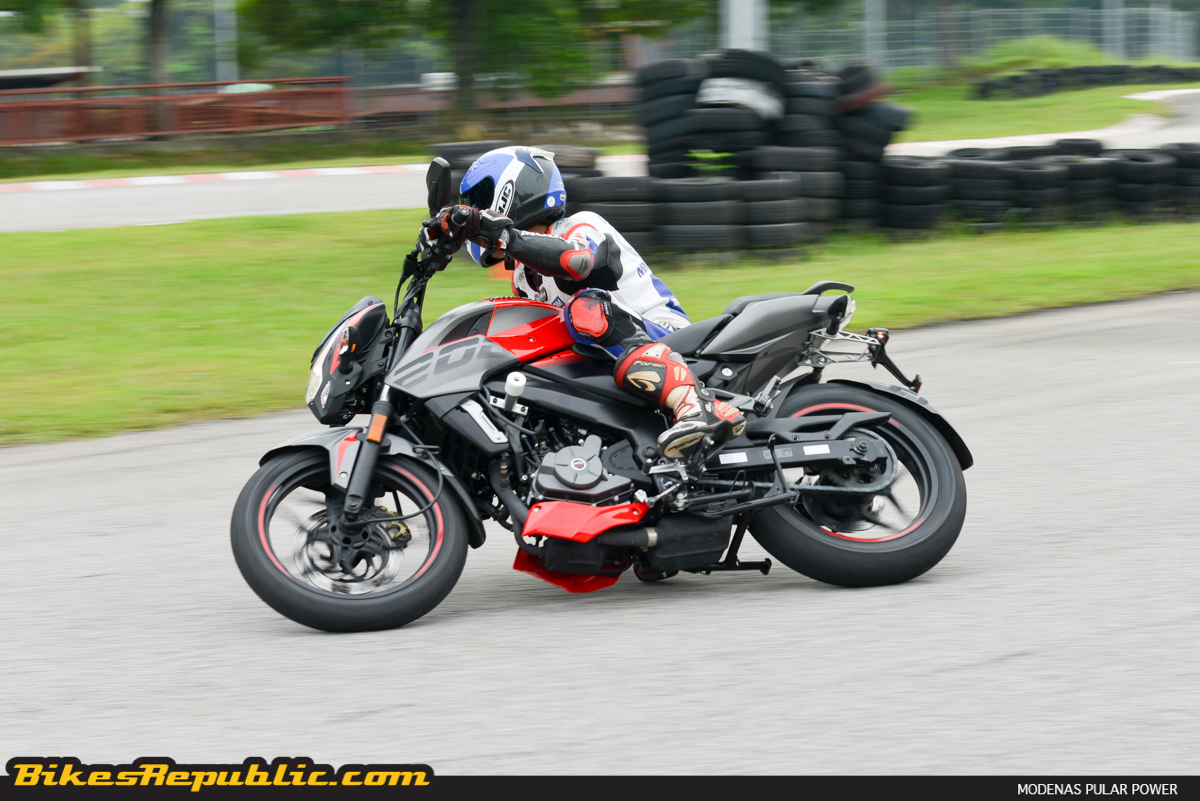 Mr Zulkifli also stated that he is very impressed and happy with how Modenas is dealing with the matter and he’ll continue his support for the brand and manufacturer.