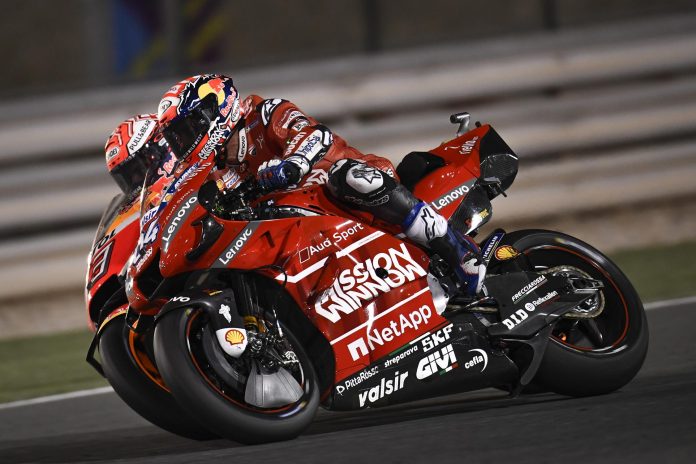 Gigi Dall’Igna and Ducati held a press conference to talk about the swingarm scoop after the court case.

In the case, Aprilia, Honda, KTM and Suzuki submitted their protest over Ducati’s use of a scoop under the Desmosedici GP19’s swingarm in the Qatar MotoGP. Ducati had stated that the primary function of the part was to cool the rear tyre instead of providing downforce, but their rivals weren’t convinced. However, the motion was thrown out by Dorna and the FIM, hence the case landing in the MotoGP Court of Appeals.

The court subsequently found that indeed the part contributed to cooling the rear tyre and not provide downforce as claimed. The court also heard testimonies from MegaRide, an Italian firm which specializes in thermodynamics.

Consequently, Ducati was absolved of wrongdoing and Andrea Dovizioso, Danilo Petrucci and Jack Miller, as well as Ducati were allowed to keep their points earned at Qatar.

The one manufacturer who didn’t protest was Yamaha, as they too had fitted a similar device to the YZR-M1’s swingarm, albeit to deflect water from the rear wheel.

Anyway, the Ducati MotoGP team spoke up about the issue on the eve of the Argentine MotoGP round.

What exactly does the scoop do?

Dall’Igna: “It works to put some air on the rear tyre and the results of our tests, at the Qatar test before the race, is that we can reduce the temperature of the tyre by about 7 degrees on average.”

He conceded that the device had a ‘secondary’ aerodynamic effect, “The water spoiler that Yamaha used at the end of last year had this secondary effect for sure. In our case, I think that we can tell you that we have more or less 3-4 Newtons at 180 km/h, 300 grams more-or-less.”

“Honestly speaking, we didn’t do any wind tunnel testing with the system, because our target was not the [down]force of the device. It was only the thermal effect on the rear tyre.”

Truth is, Ducati was inspired by Yamaha’s water deflector and decided to produce a similar part, although for cooling the rear tyre. 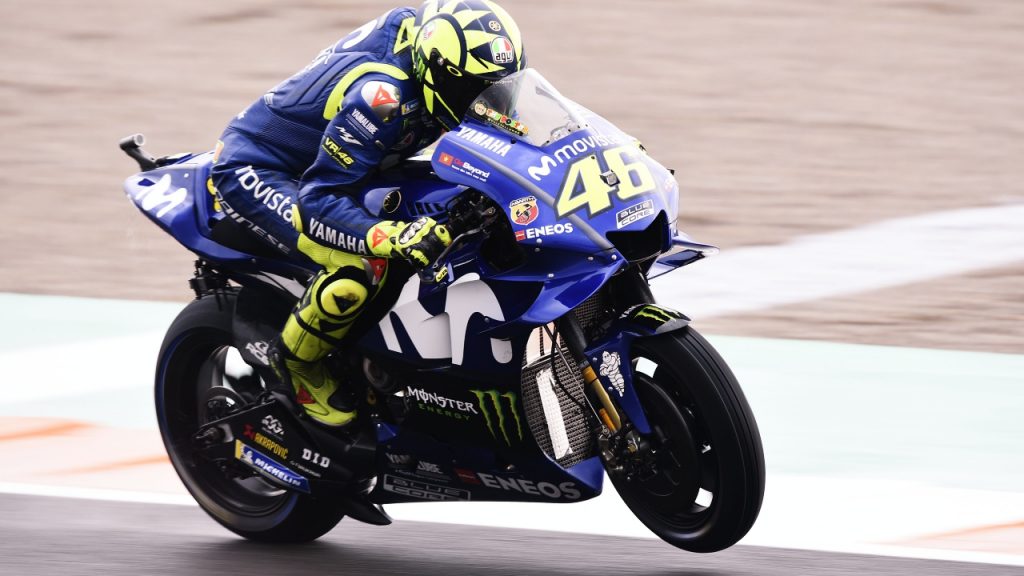 “Ducati had this idea copying Yamaha. Because Yamaha used a system like this in Valencia and maybe also before in some practices, but for sure during the Valencia race. So, Ducati had this idea to watch what another of our competitors are doing. So I think that the others will copy us (now),” said Dall’Igna.